Monday Starter: Ursuline motherhouse in Kansas gets new life after 14 years of dormancy 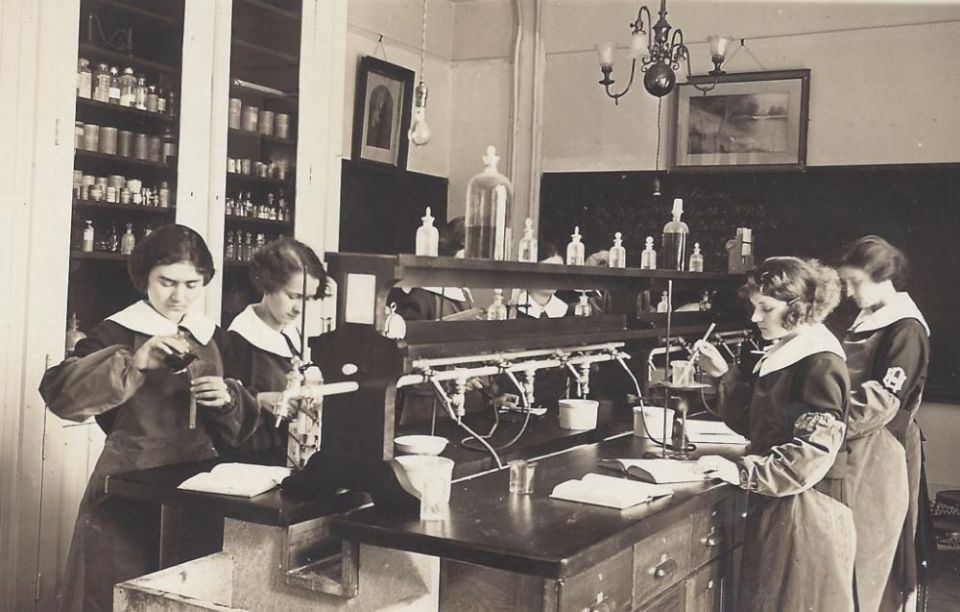 Sr. Bernadette Bryan's chemistry class at Ursuline Academy in Paola, Kansas, in the 1920s. On Aug. 31, the Paola campus' motherhouse officially reopened as Arista Recovery. (Courtesy of the Ursuline Sisters of Mount St. Joseph)
Editor's note: Global Sisters Report's Monday Starter is a weekly feature from GSR staff writers that rounds up news from or about women religious that you may otherwise have missed.

The Ursuline Sisters' motherhouse in Paola, Kansas, has returned to life after more than a decade of being shuttered.

Ursuline sisters were on the 36-acre campus from 1895 to 2008, when the 23 remaining sisters merged with the Ursuline Sisters of Mount St. Joseph in Maple Mount, Kentucky.

Now, the motherhouse is home to Arista Recovery, a rehabilitation facility for people recovering from drug or alcohol addictions. 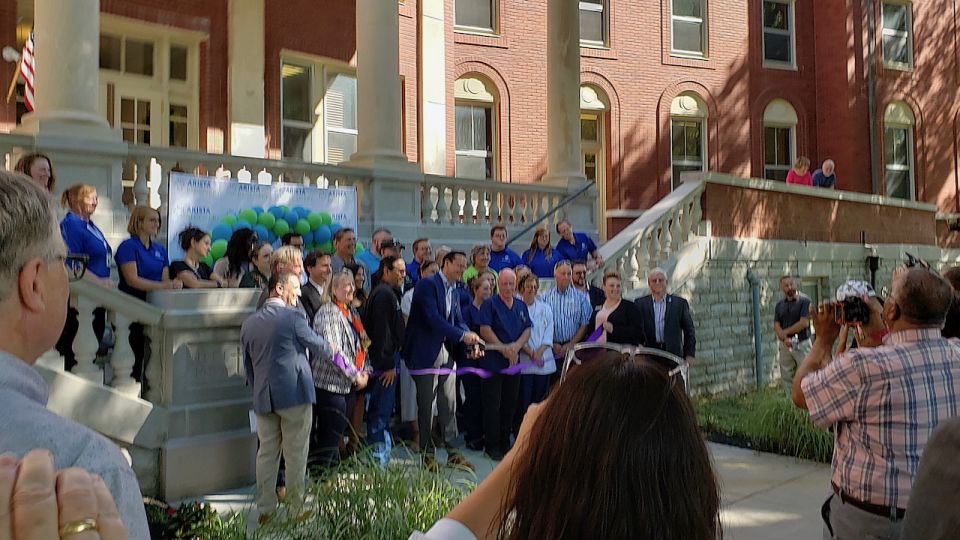 Arista Recovery officials and local dignitaries cut the ribbon Aug. 31 on the new rehabilitation facility for those recovering from drug and alcohol addictions in what had been the Ursuline Sisters motherhouse in Paola, Kansas. (GSR photo/Michele Morek)

According to the Miami County Republic, the campus auditorium was given to the city of Paola and is now the Paola Community Center. A philanthropist in 2018 planned to turn the motherhouse into a home for foster children who had aged out of the system, but the plans fell through. In 2019, the property was purchased for an assisted-living facility, but that, too, fell through. In 2021, the newspaper reported, ownership group GMF Capital bought the campus for $6.5 million to be home for the rehab facility.

Updating the motherhouse cost millions: It needed a sprinkler system, new flooring, paint, and extensive remodeling to meet its new use, the Republic reported. 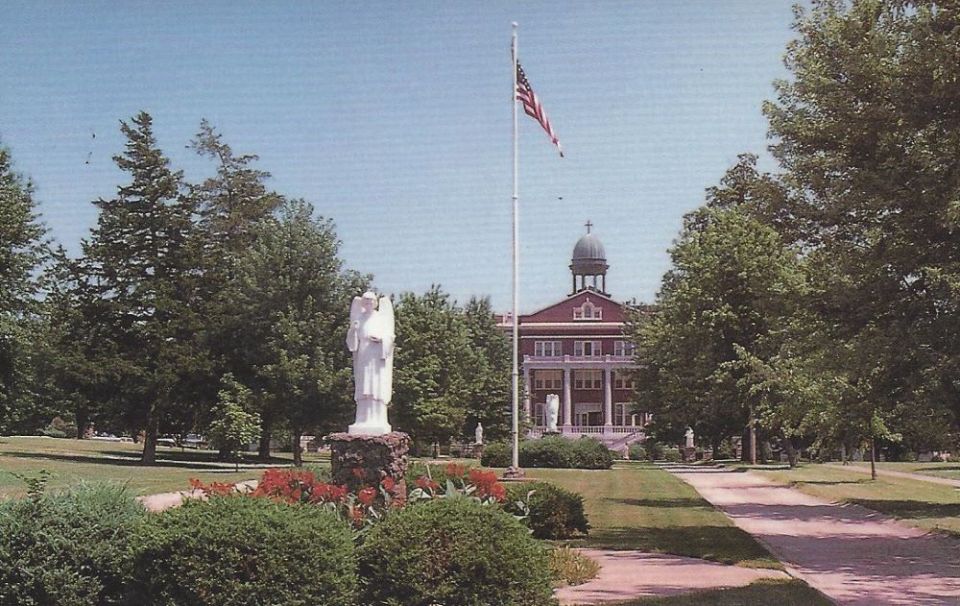 On Aug. 31, Arista Recovery held a grand opening, hosting tours and several Ursuline Sisters, including three women who had been Paola Ursulines: Sr. Angela Fitzpatrick and Sr. Pat Lynch, both now Sisters of Mount St. Joseph, and Sean Spraley, who is no longer in religious life.

The three reminisced as they toured the building, the newspaper said, appreciating the features that remained, such as the fireplace and large, heavy doors.

"They even kept the chandeliers," Lynch told the Republic. "I thought we took those to Kentucky."

According to an appreciation published by Mercy health care system, she was affectionately known as "Sister Roch" and was considered the modern-day foundress of the system, which now has more than 300 offices and more than 2,100 physicians across four states. 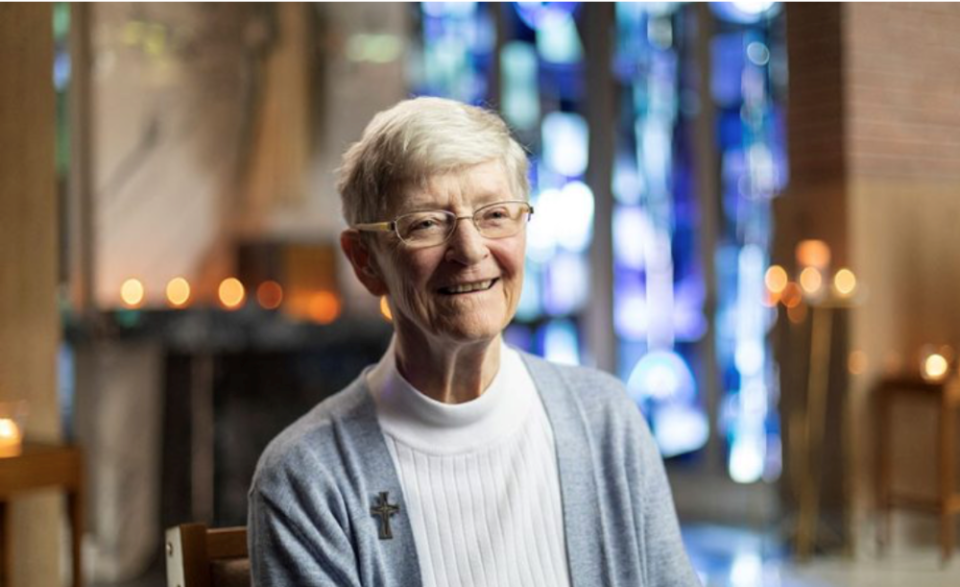 She moved from nursing into leadership roles, running individual hospitals and later overseeing hospitals in seven states. In 1986, she guided the Sisters of Mercy Health System in its transformation to Mercy, where she served as its first president, chief executive officer and chair of the Mercy board. She held those roles for 13 years, was Mercy board chair for four years, and served another 18 years as a board member.

"This is a tremendous loss for Mercy and all who loved Sister Roch," Steve Mackin, Mercy president and chief executive officer, said in the appreciation. "She inspired us through her visionary and principled leadership and was a constant source of joy to everyone around her."

"Consistent with her lifelong commitment to medicine," the appreciation said, "Sister Roch chose to donate her body to science."

'Adventurous Nun' gets a biography

A South African sister who died of COVID-19 in 2020 is the subject of a new biography.

Mandisi is a grandniece to Madlala and worked with her from 2016 to write the book, which includes poems Madlala wrote about her life. Madlala attended St. Francis College in Natal with anti-apartheid activist Steve Biko, met and engaged with St. John Paul II, was followed by a lion in Kenya, and survived the civil war in Zaire.

Madlala's first language was isiZulu, but she was fluent in English, French and Swahili and could converse in Italian. The book is being published in all those languages except Italian.

In other biography news, there's a new book on the life of St. Teresa of Kolkata, published Sept. 6, the day after the 25th anniversary of her death. This one is written by Jim Towey, who was both her friend and attorney. 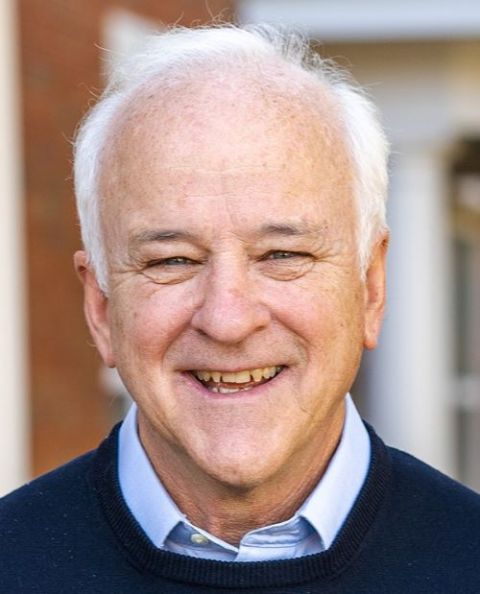 Jim Towey, author of "To Love and Be Loved," a new book on the life of St. Teresa of Kolkata (Courtesy of Simon & Schuster)

To Love and Be Loved is Towey's firsthand account of Mother Teresa's later years, and according to publisher Simon & Schuster, is the first to detail her dealings with worldly matters.

Towey was a congressional staffer and a lawyer in the 1980s until a brief meeting with Mother Teresa in Kolkata showed him what was missing in his life. He returned to Washington and began volunteering in one of her soup kitchens and using his legal skills to help her congregation, the Missionaries of Charity. Soon, he was taking shifts at her AIDS hospice, then he gave up his job and possessions to become a full-time volunteer. He often traveled with her, arranged meetings with politicians, and handled legal affairs.

"We see her gracefully navigate the opportunities and challenges of leadership, the perils of celebrity, and the humiliations and triumphs of aging," the publisher said of the book. "We also catch her indulging in chocolate ice cream, making jokes about mini-skirts, and telling the President of the United States he's wrong. Above all, we see her extraordinary devotion to God and to the very poorest of His children."

Towey continues to provide pro bono legal services to the Missionaries of Charity.

After 11 deaths at residence, Little Sisters report signs of improvement