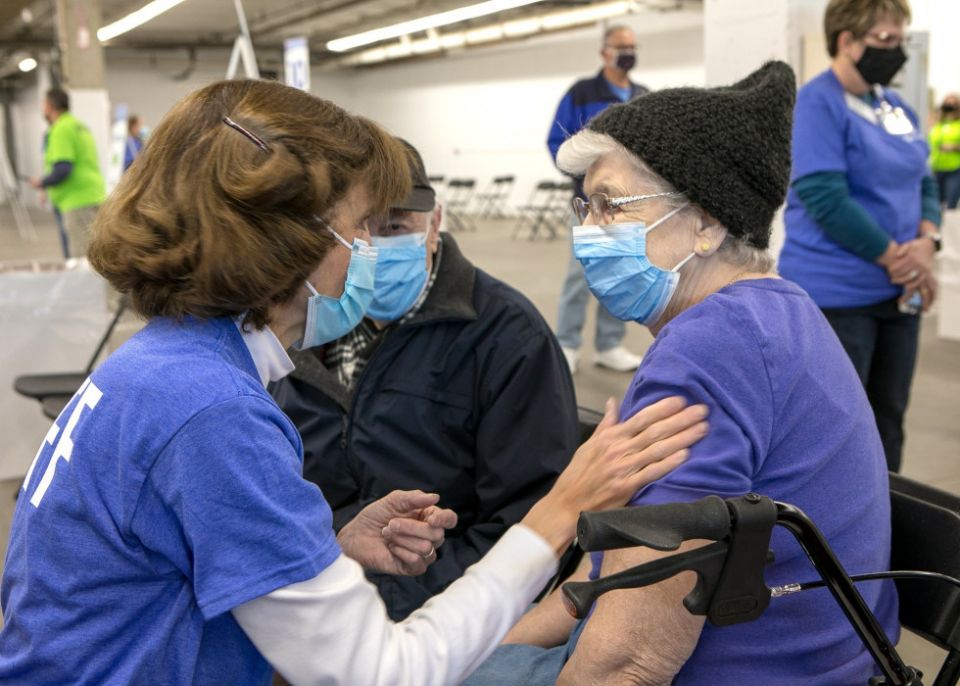 SCL Health staff administer COVID-19 vaccines to vulnerable seniors and members of underserved communities Feb. 6, 2021, at the National Western Complex in Denver. SCL is a Catholic health care system based in Broomfield, Colo. During their virtual assembly June 14-15, leadership of the Catholic Health Association stressed the need to continue to promote COVID-19 vaccines for everyone. (CNS/SCL Health/Courtesy Gregg Moss)

Washington — At the annual assembly of the Catholic Health Association, its members were applauded for their work this past year and were urged to continue to minimize health disparities in this country, many of which were exposed during the pandemic.

In introductory remarks for the opening session of the June 14-15 virtual assembly, Mercy Sr. Mary Haddad asked participants to think of where they were a year ago.

"You rose to the occasion and carried on, tired but undaunted," she told the group of Catholic health care workers from over 2,200 Catholic hospitals, health care systems, nursing homes and long-term care facilities across the country.

She said some of their many acts of courage made headline news, but there also were countless "sacred moments" alone with the dying.

And today, as the pandemic is easing up in the United States, she said, the lessons the health care community learned from it "make us stronger."

One lesson the group has already begun to act on is its efforts to address racism and health disparity, which it launched an initiative about this February and the topic was a major theme of the virtual gathering.

In the past few months, Haddad said, the association has made great strides by getting increased support for its initiative and building partnerships. But as she put it: There is a "lot more road to travel."

At the federal level, she said, the group continues to advocate for those hit hardest by racism and poverty and also to ensure that COVID-19 vaccines are given to all.

Daniel Dawes, director of Satcher Health Leadership Institute at Morehouse School of Medicine in Atlanta, who addressed the virtual assembly June 14, said the lack of health equity is "not for the faint of heart" and urged Catholic Health Association members to continue to push forward with their efforts. 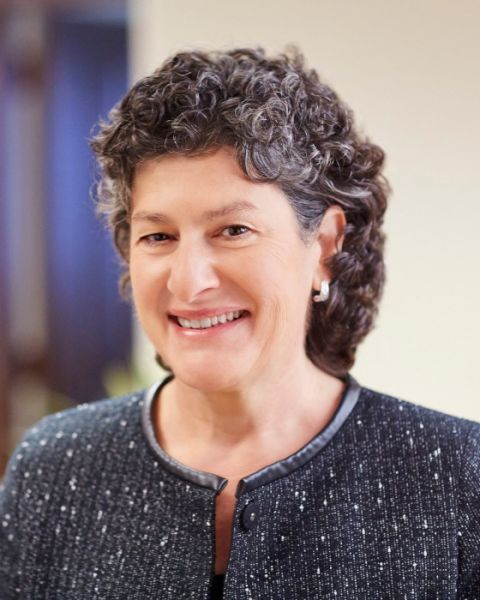 Mercy Sr. Mary Haddad, president and CEO of the Catholic Health Association, is pictured in this 2016 file photo. She addressed the group's members June 14, 2021, at the start of their two-day virtual assembly and praised them for their work amid the COVID-19 pandemic, saying the lessons they learned will strengthen them for future work. (CNS/Courtesy Catholic Health Association)

"We have to engage in tough conversation on race and class," he said, adding that it is important to remember what has happened in U.S history and to also hold government leaders responsible for current inequities.

A similar message was reiterated by Bryan Stevenson, founder and executive director of the Equal Justice Initiative, a human rights organization in Montgomery, Alabama.

Stevenson, a public interest lawyer and author of the 2014 book Just Mercy, thanked the participants in his June 15 keynote address for the work they do with the poor and marginalized and urged them to continue it.

Although Stevenson's work focuses on inequities in the criminal justice system, he spoke of how there are similar inequities in health care. To get healthier communities, he said, organizations such as CHA need to particularly reach out to, and be close with, the poor and suffering.

Put another way he said: "We should not underestimate this notion of proximity."

He said being close to those who struggle and suffer reveals their human dignity and also enables those who are serving these communities to see and hear what they might not have previously noticed.

He also said the efforts to bring about real change have to involve a willingness to talk about past and current injustices and to commit to the hope that things can be better.

"To really create healthy communities, we've got to be willing to do things that are uncomfortable and hard," he said, noting that in his own work he has felt called by God to believe in justice and compassion and to demonstrate that belief.

The comments section, which took the place of the usual applause or chatter at the end of conference speeches, was full of messages of agreement and people saying they were inspired by Stevenson's talk, as well as several messages of frustration with a technical glitch that froze the audio.

As one person noted: "I don't want to miss a word he's saying!"

The assembly's keynote addresses and breakout sessions all focused on some part of current inequities where health care providers can reach out and bridge gaps.

Although the impact of COVID-19 was an overall part of the discussions, the emphasis was on what the pandemic revealed, as Haddad said at the start of the meeting.

When the Catholic Health Association announced its initiative to confront racism earlier this year, Lloyd Dean, president and CEO of CommonSpirit Health, the largest Catholic health system in the U.S., said the coronavirus pandemic revealed deep disparities in health care, noting that people of color are four times more likely to be hospitalized and three times more likely to die of COVID-19 than others.

"Shame on us if we do not seize this moment as a nation and a society to make measurable and demonstrable changes," he added.

In an online question-and-answer session at the start of the June assembly, Haddad echoed this urgent need to respond and said the pandemic and the work for racial justice across the country "shed a bright light on so much" and also showed the importance and necessity of working together to find solutions.

"We need to break out of our parochial ministry bubble," she said, especially in efforts to confront racism.

But she also said the health crisis of this past year pushed groups like the association forward. As she put it: "I'm not sure we would have had such clarity if not for COVID."

Q & A with Sr. Mary Nibedita, a Christian nurse in Muslim Bangladesh

In India, scarcity is real and takes many forms

The coronavirus, the cross and our vocation