by Julie A. Ferraro
Ministry
News 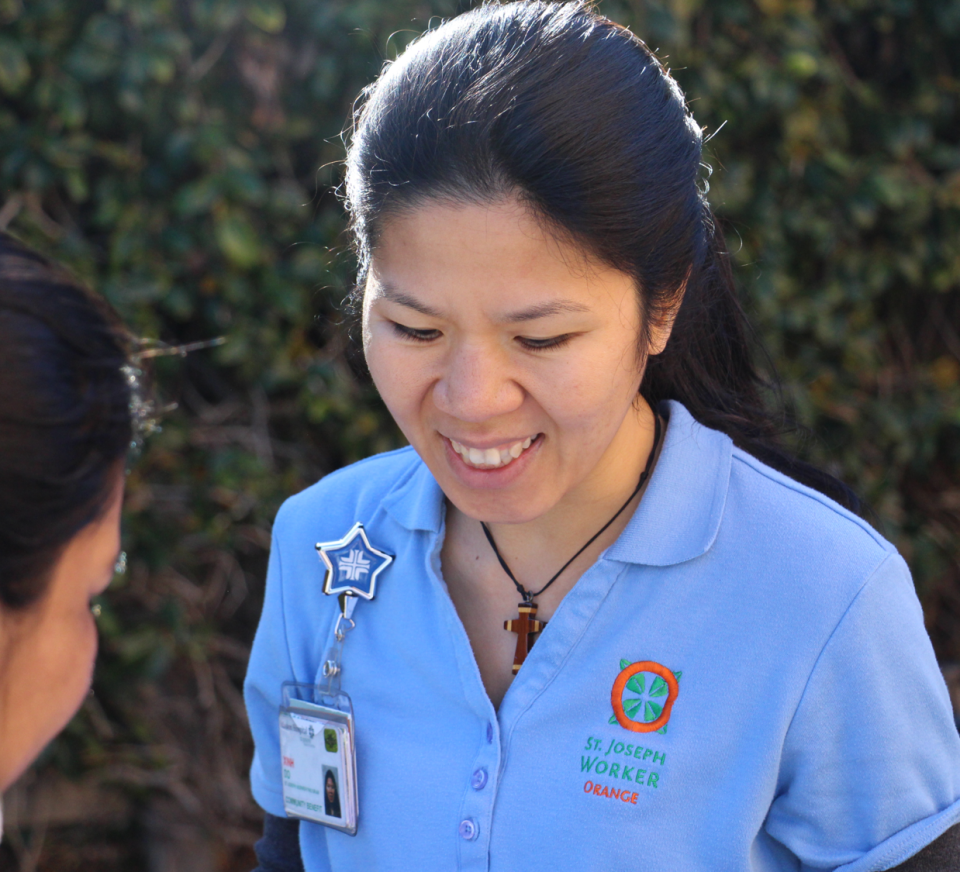 Xinh Do served as part of the St. Joseph Worker Program of Orange, California, providing daily clinical care to those in her community at Mission Hospital in Orange. (Courtesy of Catholic Volunteer Network)

As summer transitions to autumn once again, full-time volunteers prepare for a year of new experiences. However, their number will be smaller this year than years past.

The number of available volunteer programs in general, including those sponsored by women's religious communities, has decreased over the past decade, according to Jocelyn Sideco, associate executive director of Catholic Volunteer Network.

In fact, while the 60-year-old network once listed up to 230 programs featuring long-term volunteer opportunities on its website, there are now just 115. And programs sponsored by women's religious communities, numbering over 30 in years past, have dropped to under 20, Sideco said.

The reasons for this are twofold, she added: "Religious organizations are either closing their volunteer programs or consolidating them." She described how the Jesuit Volunteer Corps previously had separate regional offices around the country that have been merged into one program. 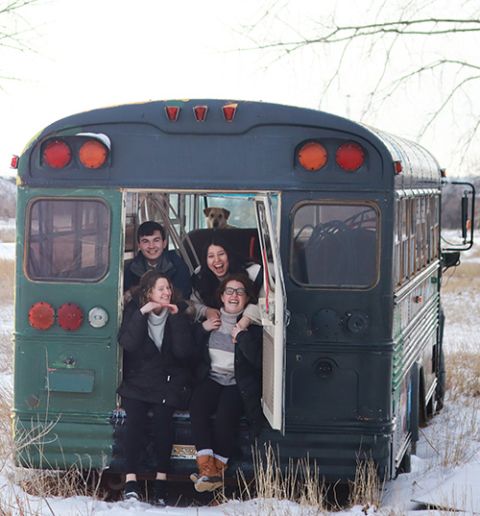 Some of the volunteers from Jesuit Volunteer Corps Northwest live together in St. Xavier, Montana, and serve at St. Labre Indian School. (Courtesy of Catholic Volunteer Network)

And while Catholic Volunteer Network is nowhere near folding and remains committed to supporting its member organizations, the network has seen the need to seek other viable models that encourage young adult volunteers and volunteer programs that are moving through what Sideco describes as a time of transition.

Sisters INSPIRE is one such effort. Through a grant from the Conrad N. Hilton Foundation (which is also the primary funder of Global Sisters Report), this two-year project is enabling three volunteer programs to assess and address social justice issues such as racial inequality that play a role for both the applicants to the volunteer programs and the ministries in which those volunteers serve while in those programs.

The Loretto Volunteers as part of the Sisters INSPIRE process have placed a pause on their program, accepting no volunteer applications for the 2022-23 year. In recent years, five volunteers have served at the volunteer sites, according to Loretto Sr. Mary Margaret Murphy, volunteer coordinator.

"It's like we're starting from zero with this and seeing where we are going," Murphy said. "We hope to see what the potential looks like and what that means to our community."

In addition to coordinating volunteers, Murphy ministers in El Paso, Texas, where some Loretto Volunteers usually serve with nonprofit organizations that provide legal assistance to immigrants, people in detention, or victims of domestic violence. She said other volunteers usually work at a food bank that assists as many as 2,000 clients in a single day or at shelters for women who are homeless after they are released from prison or from drug or alcohol treatment programs. Loretto Volunteers also serve at agencies in Denver.

Murphy said her religious community is grateful for the Loretto Volunteers because the volunteers are where the sisters would be if not for their advanced age and declining numbers.

"We know we don't stand alone with this," Murphy added, noting she is aware that other volunteer programs have been paused or ended. The Loretto Volunteers intend, through this ongoing exploration, to broaden who is welcomed to serve those most in need.

The Sisters INSPIRE process involves consulting with people from different educational institutions in the El Paso area and with those who have served on nonprofit boards as part of the "deep dive" to create new models that will encourage young people to be part of a volunteer program for a year, Murphy said.

She pointed out that programs can recruit volunteers other than college graduates: Those wishing for a gap year before starting college might be drawn to apply, too.

By talking with some past Loretto Volunteers, program organizers can learn how to better cultivate diversity among volunteers and discover various ways the program and its ministries can function better. 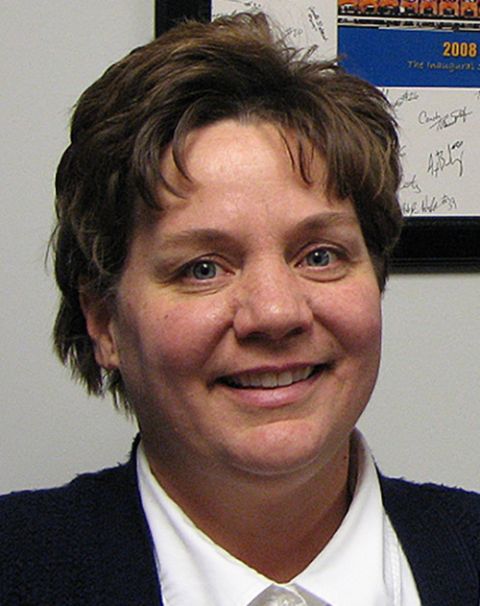 Other factors play into communities' decisions to make changes in their volunteer programs. The Benedictine Sisters of St. Scholastica Monastery in Duluth, Minnesota, for instance, are not accepting applications until spring of 2023 because of construction that began last year.

The Benedictines' pause "had to do with the fact that we're doing a renovation project, and we are using the guest/volunteer rooms for the sisters to live while we renovate our cloister space," said Sr. Lisa Maurer, program coordinator.

Maurer confirmed this disruption left no space for volunteers, who are normally offered the opportunity to pray with the community and enjoy programs at the College of St. Scholastica while sharing their skills in ministry with the sisters.

Space also played a role in the decision to end the Dominican Volunteers USA program at the conclusion of the 2021-22 service year, according to Shannon Green, who served as the first executive director of the nonprofit in 2001 and remained active within the organization until its end.

From the start of Dominican Volunteers USA, the organizers sensed changes on the horizon for volunteer programs.

In those early days, 15 to 20 volunteers served each year. More recently, that number had dropped to three or so.

Other issues contributed to the decision to close the program, Green added. With religious communities facing their own challenges with housing for those aging and needing more care, the capacity to share living space with up to three young adults each year — and provide mentoring — diminished.

Simultaneously, the sponsoring communities had fewer wage-earning members, which decreased the amount that could be contributed to sustain the volunteer program.

"We could have retooled the program," she said. For the Dominican religious, though, "this just was not where their energy was."

The decision was hard to discern, Green said, and a major question was: "If we close this, where is the Dominican family going to engage with young people?"

That will be part of a bigger conversation going forward — and not only for the Dominicans, but for other communities facing changes to their volunteer programs.

"As we see throughout the church right now, it's a different time," Green said. "It's amazing how much has changed" in 20 years.

Sideco agreed yet said she sees hope for volunteer programs through Sisters INSPIRE and other efforts.

"These are exciting times," she said.