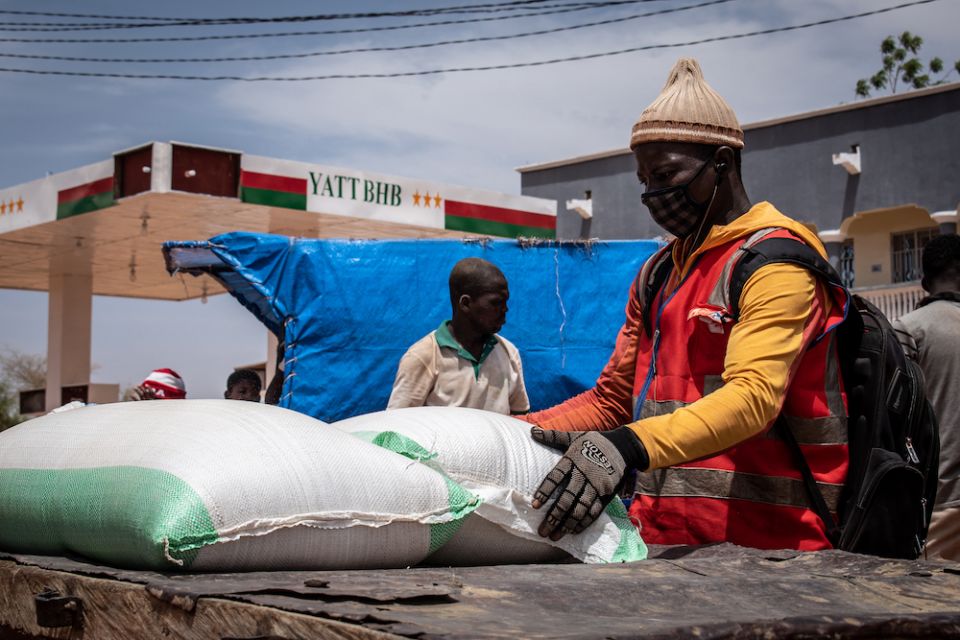 New York — The hardships the global COVID-19 pandemic has caused, including an increase in human trafficking and hunger, has prompted the International Union of Superiors General to initiate an international campaign to focus attention on these and other humanitarian challenges.

In announcing the #YouAreMySister campaign, UISG, a Rome-based group of leaders of the world's congregations of Catholic women, said the initiative stems from the need to highlight problems that the women religious believe are not getting adequate attention in a coordinated way at national and global levels.

But it is also an effort to raise the visibility of the work of sisters responding to pressing pandemic needs through advocacy, social media and communications work, such as videos.

"The international response to COVID-19 has to be more agile and more sensitive to local communities, with resources redirected to where there is the most urgent need," Loreto Sr. Patricia Murray, UISG's executive secretary, said in a Sept. 24 statement. She noted attention was needed not only on human trafficking and hunger, but also on mental health.

All of these problems, Murray said in the statement, are affecting communities that were already vulnerable before the pandemic. 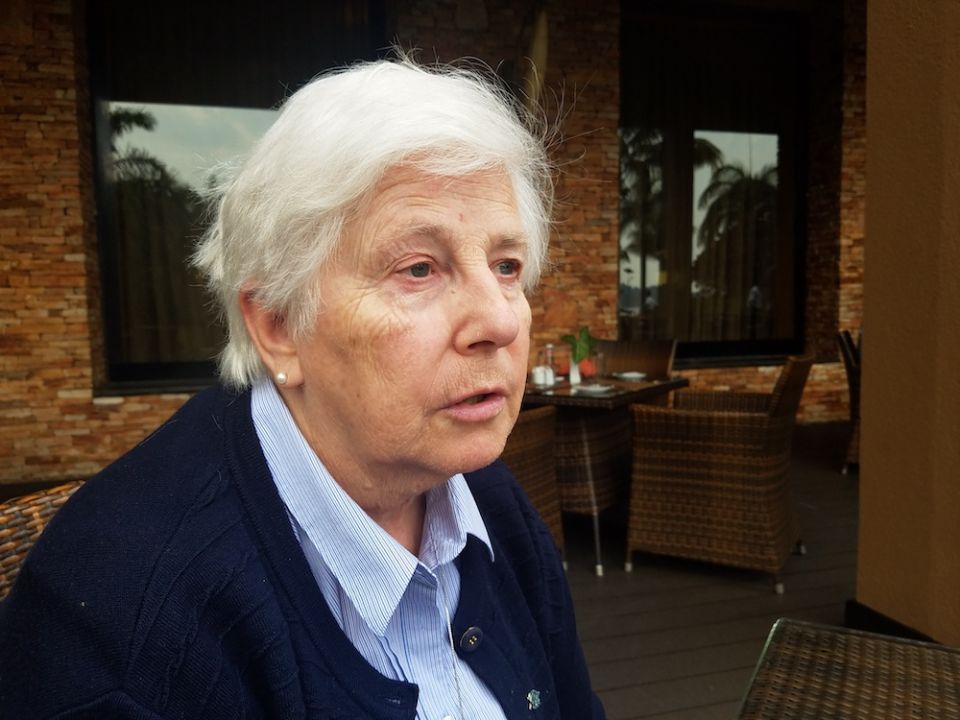 "Sisters are uniquely placed to help address the most pressing issues in poor communities brought about by the pandemic, because we are already at the center of community development efforts," she said in the statement. "But too often we are not being listened to."

Murray added: "The world needs to stop and pay attention to the reality of the situation and come together to act. It is vital that sisters have a place at the table in the post-COVID development dialogue on key issues like human trafficking, hunger and mental health — otherwise more people will suffer."

As part of the campaign, UISG has produced a series of videos focusing on pandemic-related humanitarian work by sisters in Brazil, Cambodia, India and Kenya.

The new campaign is the latest in a series of efforts by UISG in response to the pandemic. UISG has distributed nearly $1 million to congregations to help with local community and congregational needs during the last six months of the global crisis.

Murray told Global Sisters Report following the announcement the "snapshot" videos are intended "to bring the stories of the grassroots to the fore."

Because they are "well-placed" at the local level, sisters are in a natural position to advocate for the vulnerable before local, regional, national and international bodies, like governments and other forums, she said. 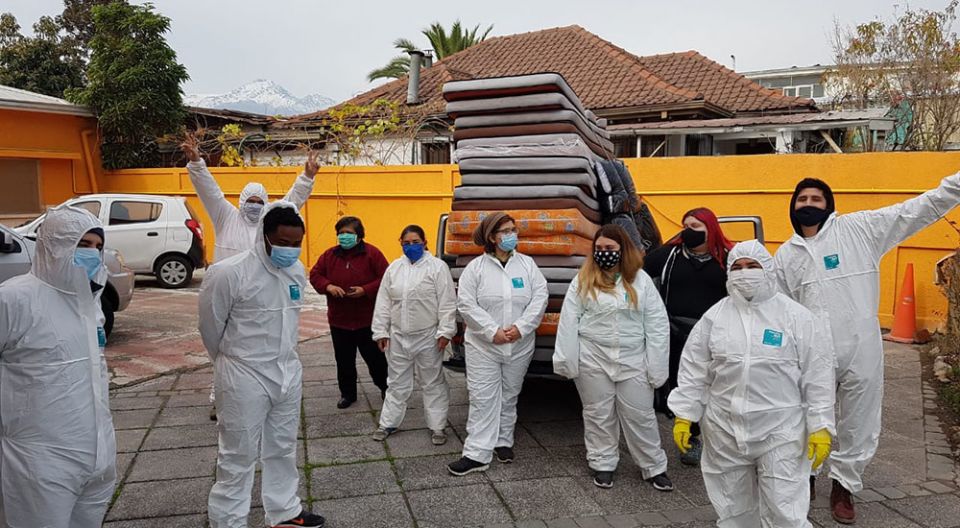 Bringing donations with them, a team from the Dolores Sopeña Center heads to the local field where families who couldn't afford to stay in their homes have resorted to building improvised houses. (Photo provided by Sr. Gabriela Herrera, of the Dolores Sopeña Catechist Institute)

Murray added: "These issues need a coordinated response, and we sisters want to be part of that response." By doing that, Murray said she hopes a sense of "greater global sisterhood can be created," one that could result in "a more seamless [sister] network."

While the new campaign will focus on raising the visibility of issues of concern to sisters and on the work of sisters themselves, it will eventually have a component of training sisters for advocacy work.

Murray said the advocacy ministry of sisters who represent their congregations at the United Nations is a model for what other sisters can do, which includes bringing the stories of the most vulnerable to policymakers' attention.

With its technological platforms, including multilingual webinars, UISG is in a good position to offer training in advocacy to sisters throughout the world, Murray said.

Wherever the advocacy work is done, Murray said, it will have a shared purpose: lifting up the voices of the most vulnerable. That is a churchwide priority given "Pope Francis' call for the need to put a face on human suffering," she said. 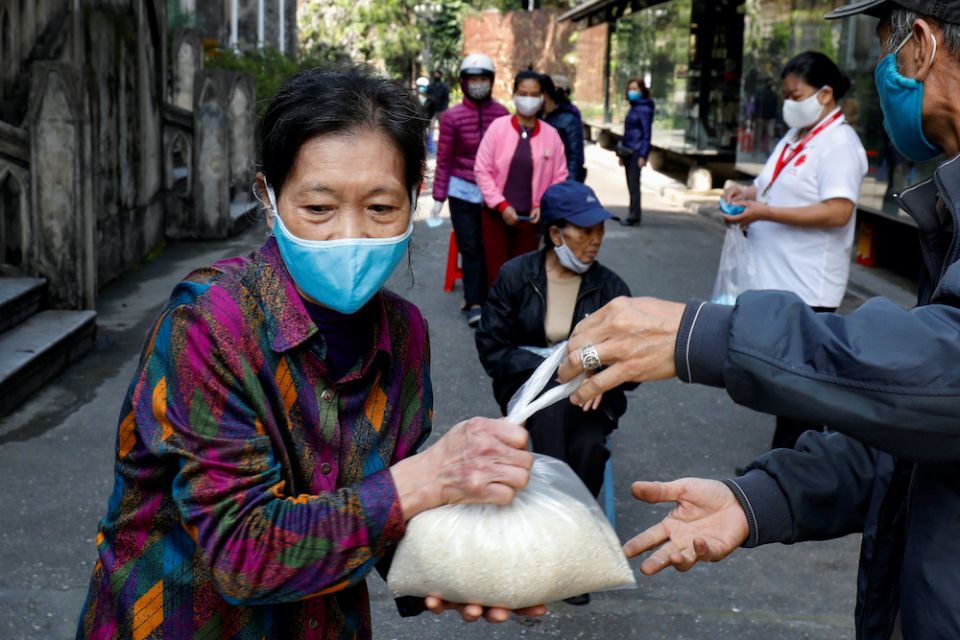 A woman receives a free bag of rice from a volunteer in front of St. Joseph's Cathedral in Hanoi, Vietnam, on April 27, during the COVID-19 pandemic. (CNS/Reuters/Kham)

Vulnerability to trafficking and hunger are on the rise

In announcing the initiative, UISG noted in its Sept. 24 statement that as "COVID-19 has broadened from a public health crisis to become an economic one as well, sisters around the world brought the issue of hunger to the attention of international donors — which in turn enabled them to provide direct relief to communities."

More broadly, UISG said, "vulnerability to human trafficking and hunger is rising at an alarming rate among poor and vulnerable people."

Sisters working in vulnerable communities say "job losses and the isolation caused by the COVID-19 pandemic are fuelling the issues and hiding them from many of the support systems designed to prevent them."

UISG cited examples of specific challenges in its statement:

"Mexican women initially trafficked to the United States have been repatriated to continue being exploited in Mexico. In India, migrants have been abandoned after losing their jobs. In these and many other cases, sisters have provided aid such as financial support for rent and school fees, food and sanitary material, as well as negotiating with local authorities and other providers to harness resources."

While the effects of the pandemic are still too early to assess, the U.N. report said it is likely that the pandemic "may add between 83 [million] and 132 million people to the total number of undernourished in the world in 2020 depending on the economic growth scenario." 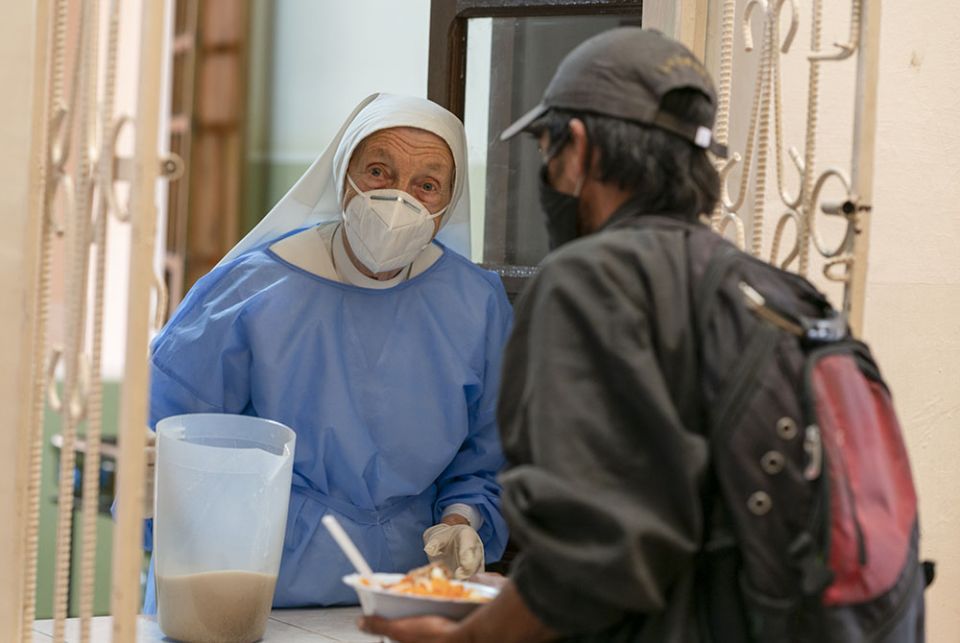 A Salesian sister greets a man receiving a meal at a canteen the sisters run in Ibarra, northern Ecuador. (Courtesy of the World Food Program/Ana Buitron)

Globally, sisters have been involved in a variety of ministries to help pandemic-affected communities. On hunger, in particular, sisters have been on the front lines, including in locales facing conflict and other humanitarian challenges.

Sisters also partner with secular humanitarian agencies such as the World Food Program to help alleviate the food crisis. In northern Ecuador, for example, Salesian sisters are running a canteen providing food for Venezuelan and Colombian migrants.

Human trafficking has long been a priority for sisters, and in 2009, UISG and other religious bodies formed an intercongregational global network called Talitha Kum to promote collaboration between consecrated men and women to combat human trafficking.

In the Sept. 24 announcement, UISG said that approximately "25,000 survivors of human trafficking are now safer" because of Talitha Kum's work and nearly "200,000 people have been helped with prevention and awareness-raising activities."

Q & A with Sr. Mary Jean Ryan on running a health care system for 25 years

Q & A with Sr. Kathleen Erickson