by Dan Stockman
News
This article appears in the LCWR feature series. View the full series. 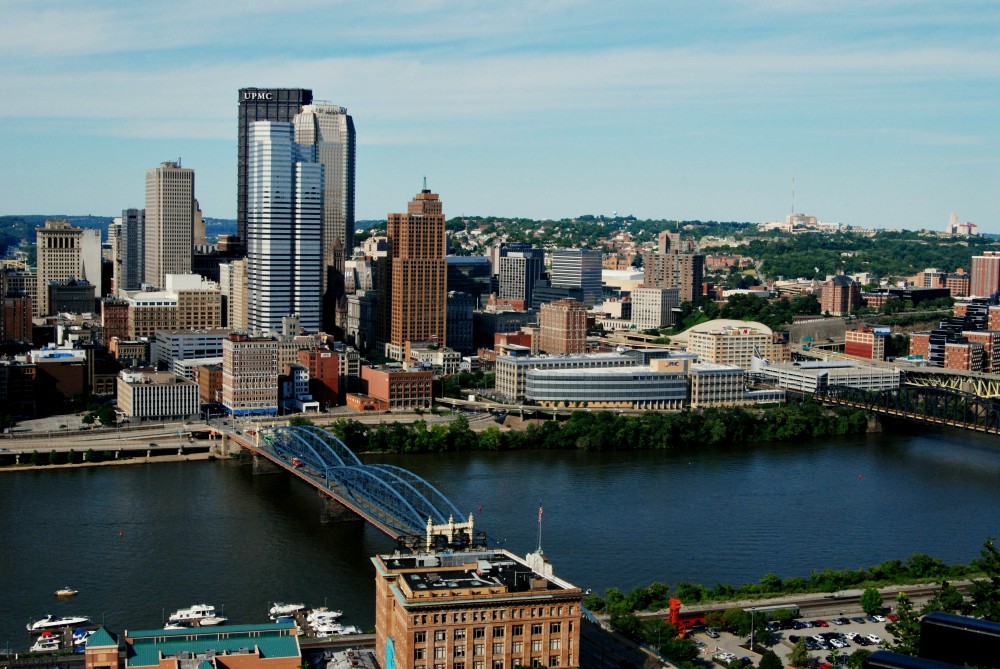 A view of Pittsburgh. The Ohio Pennsylvania Associate Leadership group, or OPAL, is holding its Sept. 7-8 meeting in a suburb of the city. (Wikimedia Commons/olekinderhook)

It never hurts to ask, so Conni Dubick figured she'd give it a shot. And the answer was yes.

Now, at a regional meeting of North American Conference of Associates and Religious, or NACAR, members from Pennsylvania and Ohio will have as their guest Sr. Jayne Helmlinger, a Sister of St. Joseph of Orange, California, and the president of the Leadership Conference of Women Religious.

Dubick, a former NACAR president, a current NACAR board member and an associate with the Dominican Sisters of Peace, is overjoyed.

"I'm so excited to have Sister Jayne. She's so lovely," Dubick said. "I introduced myself at the LCWR assembly, and the first thing she did was give me a hug."

NACAR has existed since 1996 but has only recently started forming regional groups. The Ohio Pennsylvania Associate Leadership group, or OPAL, formed about six years ago. Organizers expect about 50 people representing up to 16 congregations to attend the Sept. 7-8 meeting in Allison Park, a suburb of Pittsburgh.

"Each year, we try to look at various issues and make it a regional effort," Dubick said.

"Early on in religious life, I experienced the joy and wisdom of being one with those of like-mind and like-heart," Helmlinger wrote in an email to Global Sisters Report. "Those men and women who are attracted to a congregation's charism are equally dedicated to mission through their specific vocational call. When Conni invited me to come to the OPAL meeting, my immediate response was yes because of this deep-seeded understanding of being one with one another."

Associates are laypeople who have made a public commitment to a religious institute. The requirements and names vary by community: Some allow almost anyone who commits to their charism to join while others have age, gender or denominational requirements.

Helmlinger said she is attending the meeting to help associates find their own path in a time of great change for religious life.

"I'll walk them through the Emergent Planning process underway with LCWR with the intention of stirring creative ideas which can assist OPAL as they move into the future," Helmlinger wrote. "Associates have their unique calling and gifts to offer our world and their process will not be a carbon copy of what LCWR is doing. As leaders within their respective associations, they will shape their future, united in their diversity."

Dubick said she has been impressed in her conversations with Helmlinger.

"She sees the collaborative nature and the role of the laity," she said. "She's not telling us what to do. She's giving us an overview of what they're trying to do and allowing us to come up with our own voice in collaboration with them."

Dubick noted that Helmlinger is calling for a broader view for LCWR and said she believes a stronger relationship between sisters and associates can help in that effort.

Associates "show the importance of the laity and the impact we can and should make in the church," Dubick said.

Helmlinger said she expects to gain as much insight as she gives.

"I'm eager to hear their response to the question that seems to be echoing in many conversations: 'What is ours to do?' or 'What is God asking of us as leaders at this moment in time?' " she wrote. "I want to listen carefully to how the associates respond to these types of questions because their voice and lived experiences are equally as important as those of women religious."

Dubick said that while associates have made a commitment to a particular congregation, they can learn from all women religious.