9.5.22 Treaty on the Non-Proliferation of Nuclear Weapons 2022 review conference.jpg 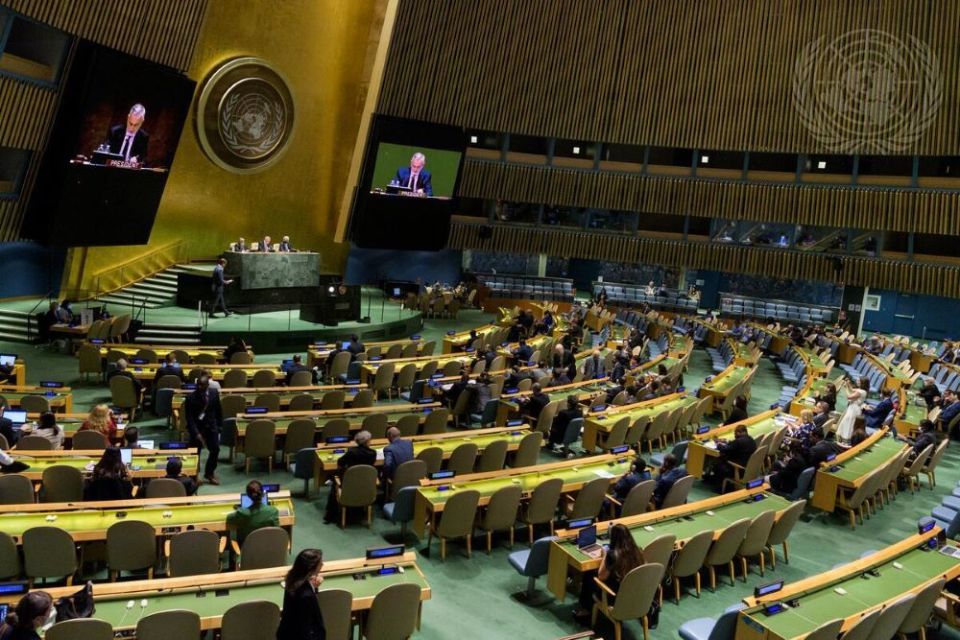 Sisters and congregational advocates at the United Nations are disappointed but not surprised at the breakdown of a monthlong meeting examining ways to strengthen the Nuclear Non-Proliferation Treaty, or NPT.

A consensus outcome document failed to emerge from four weeks of meetings that ended Aug. 26. The sticking point was due to the Russian war in Ukraine: Russia would not agree on language in the text that included mention of Russia's control over nuclear facilities in Ukraine, UN News reported.

While criticizing Russia's control of the Zaporizhzhia Nuclear Power Plant as a dangerous "bargaining chip" in the six-month war, Sr. Teresa Kotturan, the U.N. representative of the Sisters of Charity Federation, said the meetings showed the reluctance of the major nuclear-armed powers, including the United States, to engage in meaningful dialogue.

"It is not Russia alone," Kotturan said in an Aug. 30 interview. "What have other countries done to create an environment for dialogue?" She added: "As long as there is no trust among member states on disarmament, nothing will happen to reduce the existential threat humanity is facing right now."

While mindful of increased international tensions over Ukraine, Kotturan said the meeting demonstrated that there is still a commitment by other nations, particularly countries without nuclear weapons, to work for the ultimate goal of nuclear disarmament.

"Not having a consensus doesn't mean the meetings were a total failure," she said.

Still, Kotturan's U.N. sister colleagues said they too were disappointed by the outcome and are worried about the high risks given a worsening international climate, particularly with the current poor relations between Russia and the United States.

Sacred Heart of Mary Sr. Veronica Brand, who represents her congregation at the U.N., said participants at the meeting acknowledged that nuclear disarmament remains a long-term goal but that war and the overall global situation made it virtually impossible to agree on a final consensus.

"It's disappointing, it's frustrating," she said in an Aug. 31 interview. "It's extremely worrying."

While also disappointed by the outcome, Sr. Durstyne "Dusty" Farnan, an Adrian Dominican sister who represents the Dominican Leadership Conference at the U.N., said Aug. 31 the meetings were an affirmation of the need to elevate the issue of disarmament.

"As religious and as women of faith," she said, "we have to believe that there is an alternative to this, and that alternative is nonviolence." 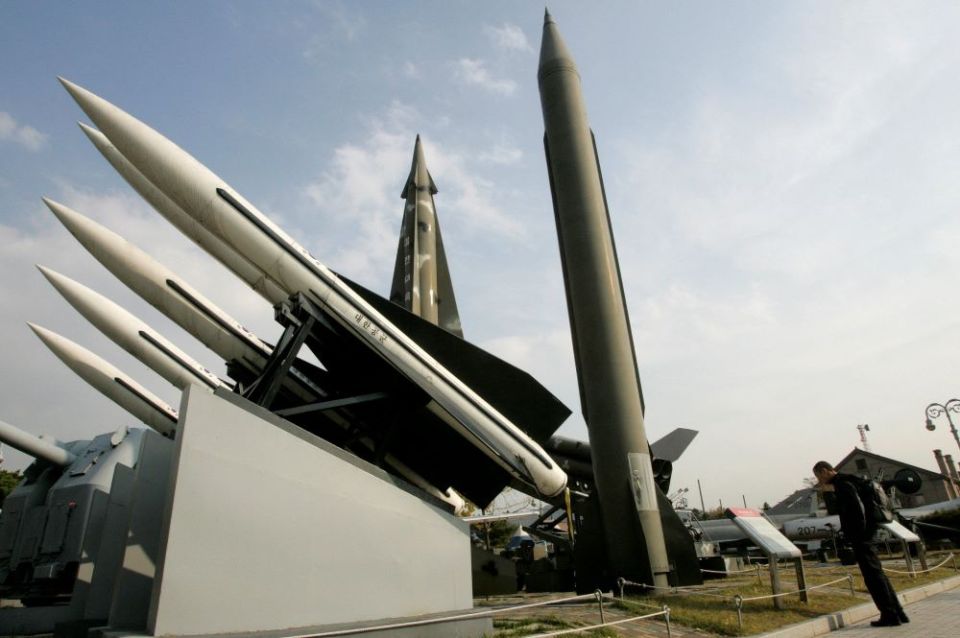 Beth Blissman, a lay representative for the Loretto Community, agreed and said Aug. 31 that a starting point would be spending "even 10% of our military budget in this country on helping resolve the climate crisis, helping transition to green energy options."

But those wider aspirations were lost as the meeting bogged down in the travails of the current geopolitical situation. Ambassador Gustavo Zlauvinen of Argentina, who presided over the meetings, told reporters at the U.N. on Aug. 26 that "we knew that the war in Ukraine was going to cast a shadow on the review conference," UN News reported.

U.N. spokesperson Stéphane Dujarric, speaking on behalf of U.N. Secretary-General António Guterres, said in​​ an Aug. 27 statement that "the fraught international environment and the heightened risk of nuclear weapons being used, by accident or through miscalculation, demand urgent and resolute action."

In a Sept. 1 email, Annemarie O'Connor, the lay representative of Passionists International to the U.N., also expressed disappointment.

"The world is really at a critical juncture, and the difficulty of not reaching consensus during the NPT Review is disappointing," O'Connor told GSR. But, she added: "There is hope in the many member states that spoke strongly about the necessity of all member states renewing their commitments to the NPT, and that the failure of consensus will not deter them from fulfilling their promises and working further to strengthen the NPT and the review process."

The U.N. calls the Nuclear Non-Proliferation Treaty "a landmark international treaty whose objective is to prevent the spread of nuclear weapons and weapons technology, to promote co-operation in the peaceful uses of nuclear energy and to further the goal of achieving nuclear disarmament and general and complete disarmament."

Countries began signing onto to the treaty in 1968, and it entered into force two years later, the U.N. notes. The treaty represents "the only binding commitment in a multilateral treaty to the goal of disarmament" by countries with nuclear weapons, the U.N. said.

In all, 191 U.N. member countries have signed the treaty, including the five nuclear-weapon states recognized by the treaty: China, France, Russia, the United Kingdom and the United States.

Video contest for students to raise awareness on trafficking

The videos, which must be under 3 minutes in length, should raise awareness and educate and empower students on identifying and preventing human trafficking by answering the question: "What would you do?" The videos can be created by a group, individual or classroom.

The St. Bakhita Youth Video Contest includes cash prizes for the top three entries; the deadline to submit a video is Nov. 30. 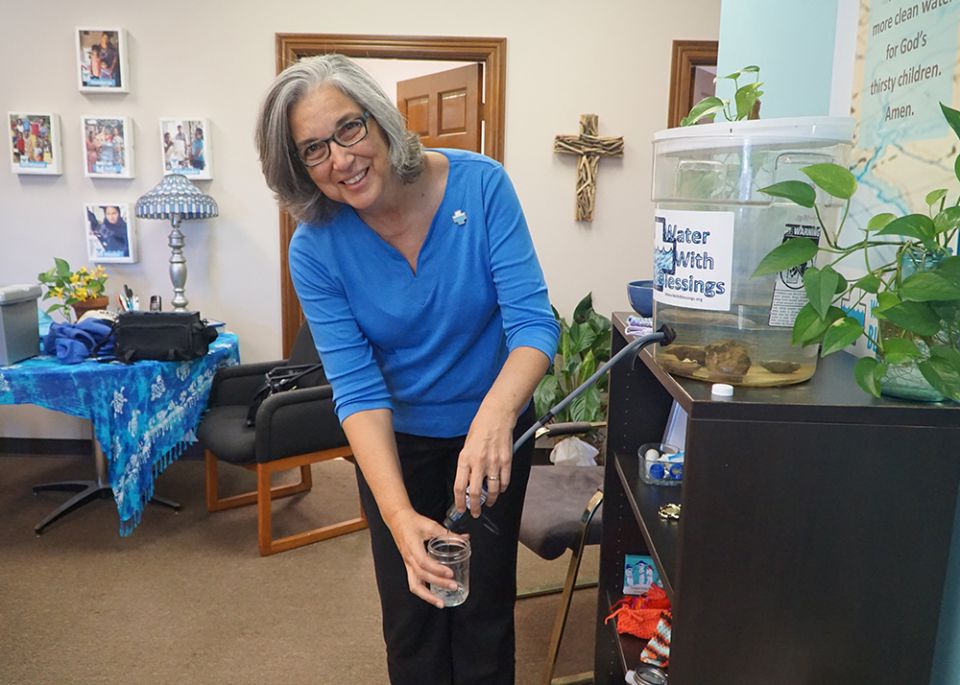 Water With Blessings hits the airwaves

The program interviewed Kassi Marshall, a physician in eastern Kentucky who volunteers with Water With Blessings and has herself been affected by the flooding that devastated communities there at the end of July. Five weeks after the flooding, many areas still do not have basic utilities, including drinking water, which is where Water With Blessings comes in.

The nonprofit demonstrates and gives out medical-grade water filters that attach to 5-gallon buckets; it has distributed more than 150,000 filters in 48 countries. In three weeks in eastern Kentucky, volunteers have given out almost 500 filters, Marshall told "Here & Now."

(The entire "Here & Now" story on the flooding is nearly 11 minutes long; Marshall's interview begins at 4:20 and continues to the end.)

Marshall lives in the area and works at a medical clinic, so she is familiar with the grinding poverty that affects parts of Appalachia. However, she told WBUR that seeing families with children still living in tents five weeks after the flood because their houses were destroyed has been "truly a life-changing experience."

Dan Stockman is national correspondent for Global Sisters Report. He was a reporter at daily newspapers in Michigan, Illinois and Indiana for nearly two decades before joining GSR in 2014.