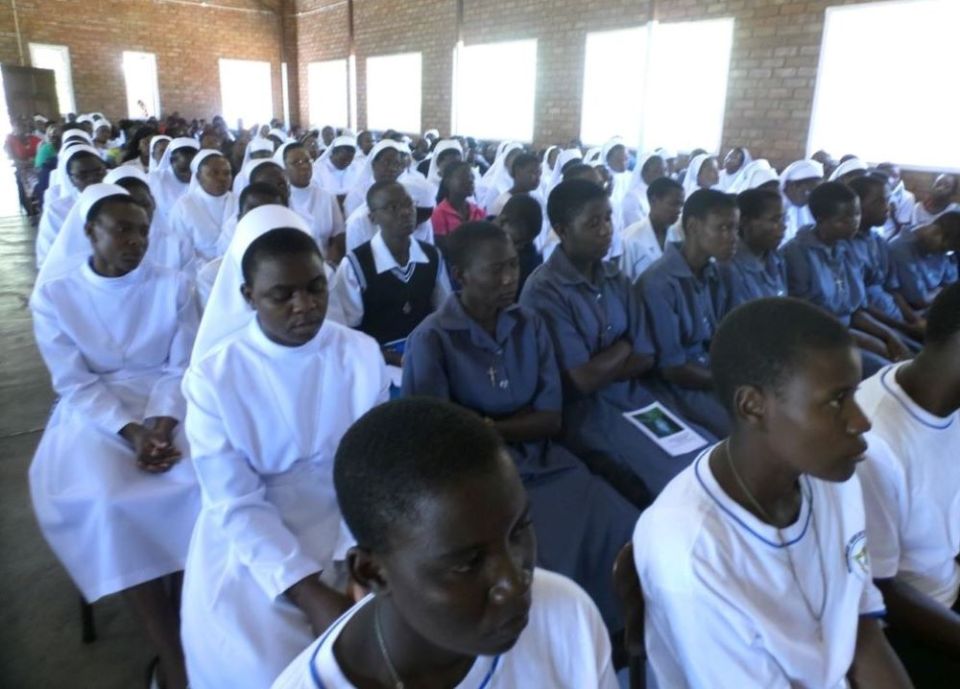 Sisters mark final professions and jubilees in the Zimbabwe Province of the Missionary Daughters of Calvary on Jan. 6, 2021. While Zimbabwe continues to get many vocations, the international congregation's communities in other locations have had none in recent years. (Courtesy of Otillia Nyoni)

I attended the UISG Plenary (Union of International Superiors General) in Rome in May and was inspired by our shared reflections on vulnerability, caused not only from COVID-19 but by other stressful and traumatic experiences. For me, becoming the first superior general of an international congregation not founded in Africa — and having to move to Rome — is one of these!

What does it feel like? I can only share my personal experience, but I have met a number of sister-leaders who are also the first Africans elected as superior generals to congregations founded outside African countries. The ones to whom I have spoken agree that each of us faced challenges because of negative assumptions people in Europe or other developed countries have about African people. We also experienced surprises that brought us joy.

In 2018 I was elected superior general of a Mexican-founded congregation, the Missionary Daughters of Calvary. I was not a chapter delegate, and it was a big shock receiving news of my election by telephone. Most of the delegates were from Spain or Mexico. My first response was "No, this is not happening," feeling a great fear of the unknown and whether or not I would be accepted by the rest of the multicultural membership.

I gradually calmed down and prayed, realizing that everything has its own time. God was seeing that it was time for an African to take this responsibility to serve. After all, the service was not mine alone, but the work of God. My heart then said "Yes."

I knew the Missionary Daughters of Calvary early in my life in Zimbabwe, where they worked in our parish. My father was Methodist, but mother was Catholic and so, all six children — three girls and three boys — became Catholic. The sisters frequently gave vocation talks after Sunday Mass, inspiring me to become a candidate in 1966, at age 16. At first, my mother was reluctant to let me go, but eventually gave in to my desire. While still a candidate I was sent to nurses' training and then into hospital ministry. I entered the novitiate in 1974 and was professed in 1976.

Our congregation was founded in 1885 by two Mexican blood sisters, Enriqueta and Maria Ernestina Larrainzar, with the assistance of Fr. Manuel Ortiz, a Franciscan friar, all three of whom had a deep compassion for the suffering people of Mexico. At the time in Mexico, religious practice could not be public and starting religious congregations was not allowed. Although founded secretly as a society of philanthropic association in service of the poorest of the poor, our sisters lived an apostolic contemplative life. They were not allowed to live together in community, and so they lived in family homes. It was a dangerous time.

Twenty-four years later in 1909, Pope Pius X approved us as a congregation, and our constitutions were approved in 1924. Friar Ortiz and Enriqueta had already died, but Mother Ernestina, aware of the growing unrest ahead of an anticipated revolution, traveled to Italy in 1908 to open a house there. The generalate remained in Mexico until 1970, when it was transferred to Italy.

We gradually became an intercultural congregation as Mother Ernestina opened houses in Cuba, Spain and a house of prayer at Calvary in Jerusalem. In 1942 our congregation became affiliated with the Third Order Franciscans and we became part of the Custody of the Holy Land. Today, the sisters serve pilgrims, make hosts for the Custody sanctuaries, visit the elderly and abandoned, and operate a school for Christian and Muslim girls.

When Mother Ernestina arrived in Spain, the bishop of Burgos asked her to work with the Spanish Missionary Institute of Priests. This new collaboration changed the identity of the congregation and "Missionary" was added to our name. When the foundation in Spain became a province, the sister-leaders, following the initiatives of Mother Ernestina, opened additional missions, beginning with Zimbabwe in 1950. Others came later: Mozambique in 1959, Colombia in 1961 and Brazil in 1962. Vocations flourished in the 1980s, especially in Zimbabwe.

The civil war in Zimbabwe began in 1974, so the sisters working in rural areas moved to towns. I was sent to Zambia to attend the Kalundu Study Center to prepare for formation work. I lived my religious life primarily in Zimbabwe doing nursing and formation. In 1992 I was appointed the delegate superior of the Zimbabwe community and first African provincial in 1995 when Zimbabwe became a province. In 1999, I returned to nursing and in 2015 was hired to work with HIV ministry for the diocese. The provincial became ill in 2016 and I relieved her for two years; when she recovered, I resumed my HIV work.

Having lived only in Zimbabwe, I never dreamed I would end up in Rome as the superior general. My anxiety and fear about the election was not so much rejection but having to face what I have often experienced as an African in Europe — the assumption of "knowing nothing," or being looked down on as somehow inferior.

This gradually changed as I lived into the challenges we face as a congregation. I also grew into a deeper understanding that the role of provincial is not the same as a congregational leader, which requires a much more inclusive and wide vision. My own understanding of religious life has been broadened, especially about daily community life, as we face similar challenges and problems no matter what country we live in. Intercultural living is difficult, but we realize that as we grow smaller in number, this will become more and more necessary.

I am now in my fourth year of a six-year term. Having been founded in Mexico, the congregation's official language is Spanish, which we must all learn. Now, in Italy, I also had to learn Italian. Four council members have had to do the same; two are from Mexico, two from Zimbabwe and one from Italy. As can be imagined, having sisters in seven countries, we all travel a lot and we have all found that the sisters welcome us warmly. Comments from the sisters are usually that I seem at ease with them, am simple, approachable and listening. This affirmation is a joyful and precious gift to me, as I was not aware of these characteristics before.

We currently have 234 sisters, the largest number in Zimbabwe; next is Mexico with 58, then Spain with 51 and Italy with 28. Reorganizing the structures with diminishing numbers is our most significant challenge. There have been no new vocations in Italy, Spain, Mexico or in the other missions in Latin America or Africa for several years. This decrease in numbers will become a call to greater collaboration with other congregations in our geographic areas and again, the need for skills to live and work interculturally.

Thus, we have become deeply aware of three areas we need to grow into: skills to live in intercultural and intergenerational communities, and openness to new intercongregational relationships. This will be possible only if we call on the spiritual gifts of our charism and spirituality rooted in the Passion, Death and Resurrection of Jesus: United by the Spirit of the Crucified and Risen one, we say to Him: "We are here Lord, to do your will." 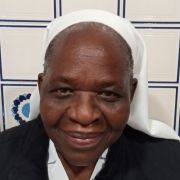 Otilla Nyoni, a member of the Missionary Daughters of Calvary in Zimbabwe, is superior general of the international congregation, based in Rome. She has worked in mission hospitals in Zimbabwe and Zambia. She also previously served as provincial and delegate superior of the congregation.

The rise of monasticism in a modern world