by Robancy A. Helen
Social Justice 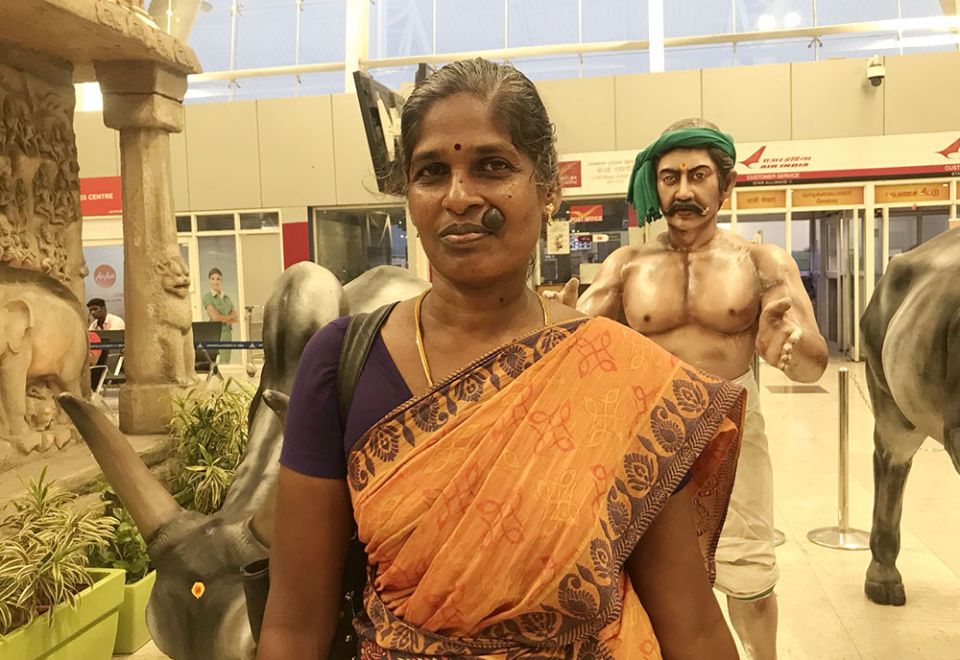 Jebamalai Mary is a single mother and a small-scale entrepreneur in Tamil Nadu, India. (Courtesy of Jebamalai Mary)

I have had the opportunity to encounter many women in the past 17 years of my religious life. Many have been supportive and others have taught me to experience what life is all about. It is not that easy to be a woman in a country like India, especially if one is a single mother with two young daughters in college.

It is a hardcore reality in India that most rural women face a lot of challenges. Illiteracy, alcoholism, usury interest, and the extramarital relationships of their husbands — all these problems keep women oppressed, and submissive to the traditions, patriarchy and social norms.

It is difficult for a woman to survive in a society that is male-dominated and has been oppressive for ages to women in general. Women lack equal opportunities in education, employment and many other advantages that contribute to a dignified life. Above all, women are subjugated to the unquestionable and irrational standards of their society.

But all is not lost. Some women have lived a challenging life but have managed to show that women can rise to the occasion and prove their worth, dignity and respect.

One of them is Jebamalai Mary, a 47-year-old woman from a village called Sooriyankudiyiruppu, in the Sivaganga District in Tamil Nadu, South India. She has become an inspiration for her fellow women in the nearby villages.

Deserted by her husband and in-laws, Jebamalai Mary lives with her young daughters in a house where there is no electricity. In spite of that, she has been a small-scale entrepreneur in Tamil Nadu, with the help of the Department of Agriculture, a government agency.

She was married after she finished Grade 12; when her husband became addicted to alcohol the in-laws sent the couple away from the ancestral home. Consequently, she started her career as a social worker at the Sivagangai Multipurpose Social Service Society, a social action and development wing of the Catholic Diocese of Sivagangai, Tamil Nadu.

After that, she supported herself and her two children as a daily-wage earner doing all sorts of odd jobs: collecting the garbage, recycling, working as a construction worker. She always had financial difficulties, living in a rented place with her two girls she couldn't afford to feed nutritious food.

But with the help of the nuns and priests, she managed to send her daughters to school.

"I always wanted to help people and, seeing the sufferings of others, I think my sufferings are nothing," she said.

Her hard work, optimism and perseverance inspired her to want to promote organic farming and she got in contact with the Agriculture Department. She went for a training where women are prepared for work in the cottage industry, and there Jebamalai Mary learned to make nutritious flours from millets and Indian spices.

The government provided 500,000 Indian rupees (about US$6,300) to women under her leadership to start a small-scale business in her village and neighboring areas. Currently, she is the president of the Farmers Producers Association and the secretary of Blue Sky Collaborative Forming Limited, a government-run project.

Her training in the field promoted her to train other women in her district. She is also a field animator for the Tamil Nadu Bishops' Council, Scheduled Caste, and Scheduled Tribe Commission.

4 receiving an award from university CROP.jpg 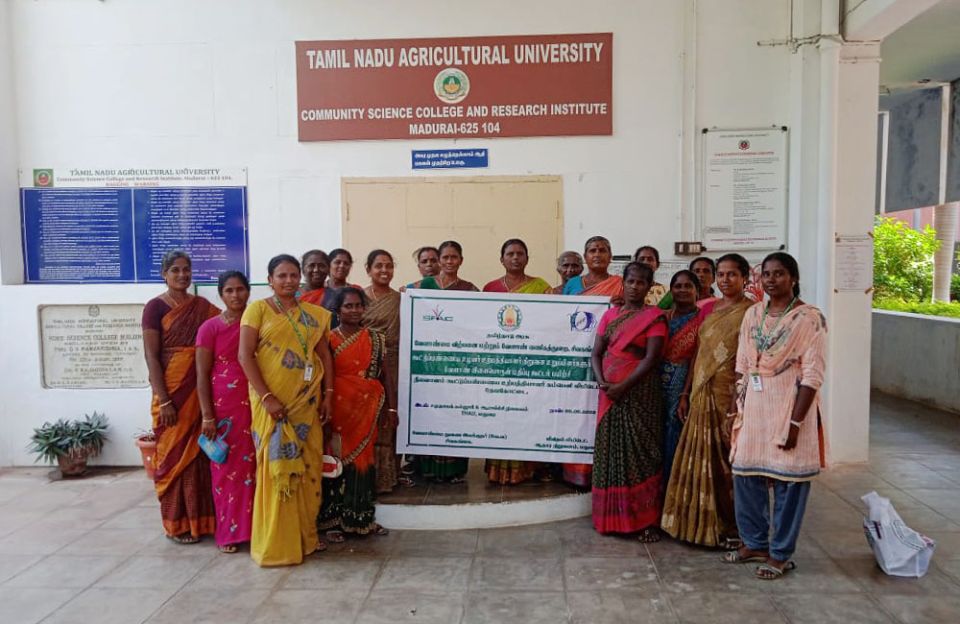 Jebamalai Mary trained the female members of the Dalit Christian People cell and formed them as entrepreneurs. Her team makes healthy and organic foods. It has empowered many women and made them able to act independently.

Her daughters are studying in college, even though they do not have electricity at home. (She tried many times to apply for electricity without any results!)

Though her challenges are far from over, as a provider who builds the future of her children, Jebamalai Mary continues to fight her relentless battles for herself and her two daughters.

She says she is thankful to government officials, nuns and priests, and others who have supported her in be an entrepreneur.

"In a modern world, it is pathetic to note that women have to live alone with insecurity till their girls are married off, besides many other challenges women face in Indian society," Jebamalai Mary says.

There is always hope for all, including women, who need to be strong, passionate and hopeful to overcome personal, societal and structural limitations that cripple them in society.

A woman like Jebamalai Mary is a beacon of light to motivate and inspire others, an exemplar for all in society. Though poor, she is happy to make others' lives better, as Mother Mary reached out to help her cousin Elizabeth (Luke 1:39-40). 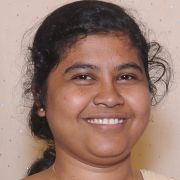 Robancy A. Helen is from Tamil Nadu, South India, and is a member of the Idente Missionaries (Religious Institute of Christ the Redeemer). She is currently working on doctoral studies and training Catholic youth in leadership and social issues.

Circle the City with Love combats political rancor ahead of inauguration