Nonviolence — the next step 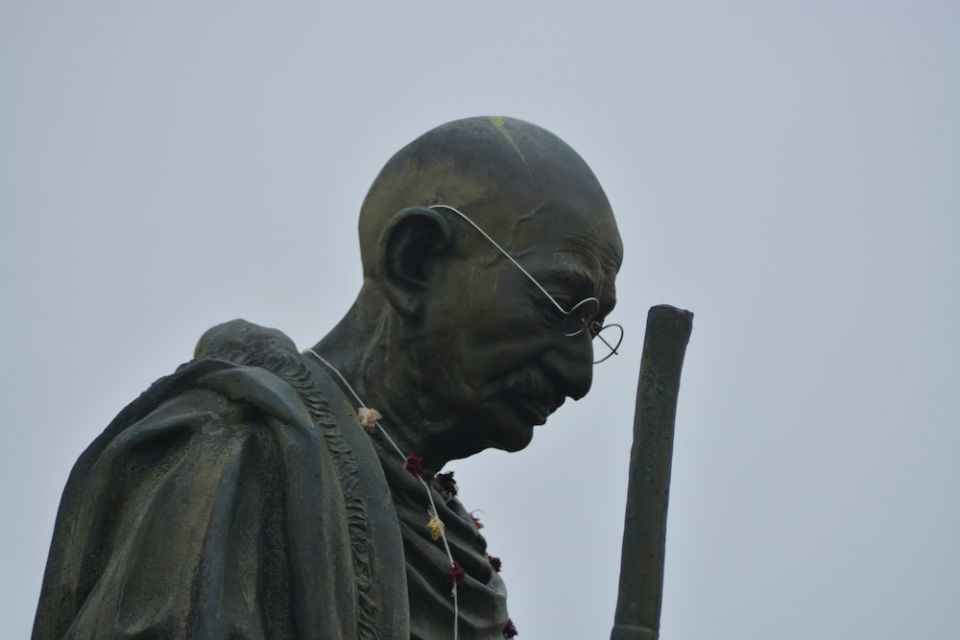 Mahatma Gandhi and Martin Luther King have brought us a long way. It's time to pay it forward. Nonviolence brought about some changes, but now with an upsurge of bullying, racism in many forms and an upsurge of hate groups, something else is called for.

Jesus did not give us a specific command to be nonviolent. Nonviolence was not even a word until the 1800s (and then it was hyphenated). He gave us peace: "Shalom I give you, Shalom I leave you" (John 14:27).

Shalom in Hebrew can translate not only as peace, but as health, wholeness, true prosperity, right social relationships.

Nonviolence is more about what not to do. The early peace demonstrations were more about staying calm, not returning fire with fire. They stressed courage and calm and patience in the face of brutality. In the end, nonviolence caused changes mainly through shame. The British kingdom was shamed as their brutal actions were described through the media to the English people. The police, mobs and state governments, of the U.S. were shamed when whole buses of Negroes were unmercifully beaten, when dogs and firehoses were used and when young white supporters were brutalized and murdered. A great deal was changed, but mainly because of shame, not because we chose to become a more united, just nation.

I think that racism and hatred and anger were buried, for a time, through shame. I say that because it has erupted in a more virulent form, especially in white supremacist demonstrations, Nazi graffiti, Confederate flags and the killing of young black men, along with the slowness and incompetence of the justice system to respond.

Words matter. What is a "just war," just peace? War is war. No war is just, even to protect people in a genocide. It's still war because we still haven't learned how to bring about peace. What's a just peace? Peace is shalom, more than peace, total love of neighbor. We have monkeyed with words until we have warped the true meaning of the words. War is war, and peace is peace. We don't have a spectrum of peace and a spectrum of war.

Think of how we have demeaned and diminished the understanding of beauty, joy, work (hard working?), intelligence (very intelligent?). Think of our beauty contests, or other contests, when we ask for a judgment of 1 to 10. So beauty is a 1 or a 2 or a 3? We demean and diminish our understanding of beauty, of war, of peace. We then lose our ability to appreciate all the breadth and depth of those words..

That's why I think we have to take a next step forward from nonviolence. Some forerunners are naming it "active" nonviolence. Paul VI said, "If you want peace, work for justice." The Clinton Franciscans have a website that promotes this.

In 2017, Cardinal Luis Tagle of Manila asked the people of the Philippines to practice active nonviolence: "Non-violence does not mean it is passive. Active. But we believe that we cannot stop violence also by violence. If the response to violence is also violence, we double the violence. We shouldn't be doubling or propagating violence. We should match it with non-violence." But active nonviolence does not imply the absence of conflict.

Fr. Neal O'Brien, who has worked for four decades in the Philippines defines active non-violence as "a way of life, a life of assertive, pre-emptive, imaginative, systematic action, rooting up injustices and eventually bringing about reconciliation."

Pope Francis, in Part 6 of his 2017 message for the World Day of Peace noted: "Peace building through active nonviolence is the natural and necessary complement to the Church's continuing efforts to limit the use of force by the application of moral norms."

In A Pilgrim People: Becoming a Catholic Peace Church, Gerald W. Schlabach says, "Peace is entirely compatible with conflict," and explains, "Believing as I do the classic claims of Christianity that Jesus of Nazareth is none less than God … I cannot but conclude that in Jesus, God, the deepest reality of the universe, has shown nonviolent suffering love to be the strongest power of the universe."

Nonviolence has preached pacifism in the face of violence — and this has worked for a time. The time has now come to take a step forward and move forward to the next level — active nonviolence, building peace step by step. Building peace, step by step is accepting the fact that we are never going to be whole, totally united, in this world, but it must not deter us from taking steps that bring a "Jesus peace" that those of each new generation can build on.

We need to wrestle with the understanding that peace is compatible with conflict. I think the clue to peace building is in Paul VI's phrase "If you want peace work for justice." We can start in our own communities, change what we can at our local level and then expand outward. Groups like Black Lives Matter will move past demonstrations and transform political and social systems and structures, offering alternatives to todays' unjust structures.

I think the demonstrations have been invaluably constructive by focusing on the justice system and policing. What's needed now is working out alternatives beginning at the local level: police chief, mayor, city council, school boards, state representatives. All of this necessitates communication skills, diplomatic skills, arbitration skills, understanding and respect for differences. Local organizing groups taking leadership roles need to connect with groups that are already doing this. The University of Notre Dame's Kroc Institutes for International Peace Studies is working with different countries to train people to help others build peace.

Gandhi and King brought us a long way. It's time to pay it forward.

[Marie Vianney Bilgrien is a School Sister of Notre Dame living in El Paso, Texas. She taught grade school in Wisconsin and Mississippi and served in Bolivia as a catechist and in Guatemala as the director of an orphanage. She directed Hispanic ministry for the Diocese of Baker, Oregon, and worked in higher education in Shreveport, Louisiana, and El Paso. After she received a Doctor of Sacred Theology from the Angelicum in Rome, she began work with the Graduate Theological Foundation and the University of Texas at El Paso.]

Social Justice | Nonviolence — the next step

To Speak the Truth in Love: 'I included the ordination of women in my greeting. And I want it included'

How a vegetable greenhouse bests the African sun