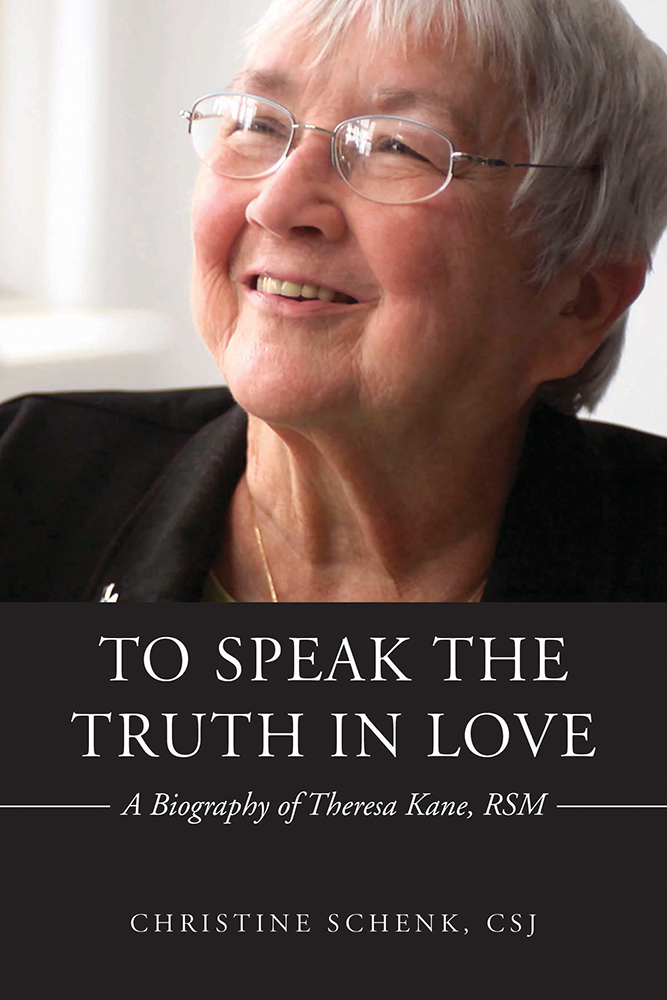 Editor's note: On Oct. 7, 1979, Sr. Theresa Kane, then president of the Leadership Conference of Women Religious and leader of the Sisters of Mercy of the Union, greeted Pope John Paul II at the National Shrine of the Immaculate Conception. Her carefully chosen words included this sentence: "Our contemplation leads us to state that the church, in its struggle to be faithful to its call for reverence and charity for all persons, must respond by providing the possibility of women as persons being included in all the ministries of our church." In a recently released biography, To Speak the Truth in Love: A Biography of Theresa Kane RSM, St. Joseph Sr. Christine Schenk details Kane's journey to leadership and her strength and persistence in the face of the Vatican's reaction and efforts to remove her from office. Schenk's column, Simply Spirit, appears regularly in Global Sisters Report and National Catholic Reporter, and she is a board member of NCR. Global Sisters Report is reprinting two excerpts with permission from Orbis Books. This is the first of the two. 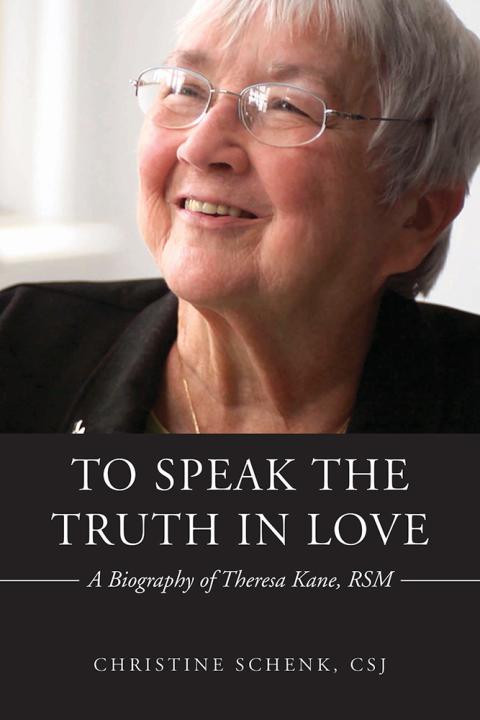 The only copy of Theresa's greeting that the pope would receive was one retrieved from television footage. What church officials had received beforehand was a copy of a statement drafted by Catholic Advocates for Equality and signed by thirty-nine sisters. It asked the pope "to listen to the particular concerns of Catholic women in the United States." This effort, like the silent witness, was completely separate from Theresa's greeting. Between the petition and the obvious activism of sisters with blue armbands as he processed in from the back, the pope must have had more than an inkling that all was not going to go completely as planned.

Theresa remembers that, by the end of her greeting, her young priest escort had become "really jittery," because what was to have been a four-minute greeting had gone on significantly longer owing to so much applause. "Sister, you'll go to your seat," he said, only to watch helplessly as she left him standing at the podium and walked straight over to the pope. "And they weren't wild about that, I tell you," Theresa wryly recalls. She continues:

I just went right over to him. He stood up. He was gracious. I said, "Hello, Holy Father." I took his hand and I shook hands with him. He said something to me, and of course I didn't understand him because he wasn't speaking English that well at that point. He didn't understand me, I don't think. So, with that, I just automatically said, "May I have your blessing?" And I knelt right down in front of him. He put his hand on my head. I got up, he thanked me — at least I think he said something — and I walked back to my seat.

Enthusiastic applause accompanied Theresa back to her seat, where [Congregation of Jesus and Mary Sister Helen] Scarry gently placed her own hand on Theresa's shoulder, "because to me Theresa Kane was, and is to this day, a sign of hope." Sisters inside and activists outside the Shrine were ecstatic. They had had no advance notice of what Theresa would say. "All we knew is that she was praying over it really hard," recalls activist Dolly Pomerleau, who was outside listening to the service on loudspeakers. "So of course, when she spoke in such a deliberate but gentle way that was clearly saying 'ordain women,' but did not use those words, I thought it was absolute genius on her part. I was just so happy. I was also grateful. It took a huge amount of courage and humility to speak to the pope the way she did."

Inside, Sister Carol Coston — who had decided to wear red and sit in the front so that she would stand out — remembers being "so delighted that I just clapped and clapped." Theresa's action was a "huge boost to the women's movement," Coston believes. For the first time, someone in institutional Catholic leadership was speaking out. This allowed other women's organizations to "see that we were potential allies in the Equal Rights Amendment [effort] and other women's issues." Pomerleau echoes Coston's take on the importance of having support from someone closely aligned with the institution: "Up until that moment, I would say that [women's ordination efforts] felt more like a fringe movement and that nobody in an institutional position would take a stand that forcefully on behalf of women. And so [Theresa's greeting] was a very strong validation."

Many of Theresa's own Sisters of Mercy heard her address from a distance. Sister Helen Amos — who would succeed Theresa as administrator general — remembers watching on television with her small community in Baltimore: "We unanimously cheered and were very proud of her. It wasn't until later that it dawned on us that everybody didn't think it was wonderful — that part was surprising to me — how intensely some people felt so negative about it."

Sister Margaret Farley — who had earlier attended the papal meeting with theologians — heard it on the radio as she was driving home: "I actually was astonished ... When I talked to Theresa later (it's shameful when I think of it now), I said, 'Theresa, I didn't think you had it in you to do that.' And she just laughed and said, why not?"

Sister Doris Gottemoeller recalls that sisters returning from the Shrine were "full of the news but no one really understood the tremendous impact it [would have]." For the rest of the day, she relates, "the phone rang off the hook and news media of all kinds were bombarding us for speeches and interviews. It took everybody's breath away, including Theresa's. I don't think she had any idea." For Doris, Theresa was "the ideal person to address those words [to the pope], and she addressed them with humility, candor, and courage."

Now it was time for the pope to speak. Sister Maureen Fiedler remembers feeling nervous, and later told the New York Times: "I thought about what the Holy Father has been telling us about the resurrecting power of Christ. I thought about the power and strength of Christ, and I came out of my nervousness." Fifty-three Catholic sisters clad in light blue armbands rose from their seats, and stood silently for the next forty-two minutes as the pope laboriously read his remarks in thickly accented English. Sister Theresa Anderson told Newsweek, "First I wanted to rise, then I didn't." But when the pontiff spoke of the need for "public witness," Anderson — a Benedictine nun who wanted to be a priest — took heart and decided to stand. As Coston remembers it, the pope's presentation "wasn't personalized or geared to US sisters' experience. It wasn't interesting."

Peter Hebblethwaite's astute analysis of the papal address reveals key differences between the pope's understanding of religious life and that of Theresa and many other sisters. The pope defined religious life in traditional terms: consecration, intimacy with Christ, faithfulness to prayer, and the vows of poverty, chastity, and obedience. While not denying these core elements, Theresa "added another factor which changes the emphasis. She defined religious life as a response to the needs of the world." In this way she aligned sisters with the pope's own words, calling on Catholics to be in solidarity with the poor and oppressed. In fidelity to Vatican II renewal, many sisters were now pursuing ministries among those made poor and working to change the structures that kept them poor. Yet the pope referenced only one apostolate — teaching in Catholic schools — and equated educating largely middle-class and wealthy children with the founding charism of most religious orders. But most founders — such as Theresa's Mother Catherine McAuley — began teaching poor children (often girls) as a way to counter the ignorance that trapped them in a life of poverty. The pope did not mention other important apostolates such as health care and care for orphans and the poor. Most founders began health ministries primarily to serve poor people who were dying for lack of access to care. The common denominator for sisters' communal charisms, whether in the seventeenth century or the twenty-first century, has always been responding to the needs of the world — and especially the needs of those made poor by income inequality.