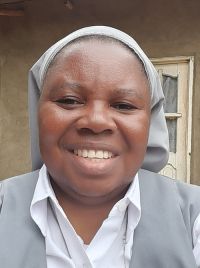 Leah Kavugho Paluku is from the North Kivu Region of the eastern Democratic Republic of Congo. She is a member of the Oblates of the Assumption. With an academic background in English as a second language, she taught in the congregation’s secondary school, did formator’s training in France, and returned to Tanzania to work in vocations and as archdiocesan secretary. She did formation work in Rwanda and Tanzania, a term as regional superior for Kenya and Tanzania, and then superior provincial of the newly established Province of East Africa that is Kenya, Rwanda, Tanzania and Uganda — a multicultural province with sisters from six different countries: Republic of Congo, the Democratic Republic of Congo, Kenya, Rwanda, Tanzania and Uganda.

Story of a missionary: from Congo to Tanzania

Although being a missionary is exciting, it also requires that we leave all behind. I have missed home, and I love my country, the Democratic Republic of Congo — even as it struggles with many problems.