News reports indicate a nun and five postulants are among the dead in Ecuador after a devastating earthquake Saturday night (April 16).

The Daily Mail reported Monday afternoon that the body of Servant Sisters of the Home of the Mother Sr. Clare Theresa Crockett, 33, of Derry, Ireland, was the last to be dug out of the rubble of the school where she taught in Playa Prieta.

Another Irish nun, Sr. Therese Ryan, 36, was found with a fractured ankle; Sr. Estela Morales, 40, the superior from Spain, was pulled from the rubble, and Sr. Merly Alcybar, 34, from Ecuador, survived a wall falling on her, the newspaper said.

The Daily Mail said the order reported identified the five dead postulants as Jazmina, Mayra, Maria Augusta, Valeria and Catalina. Two others were pulled from the rubble after they were heard crying for help.

Crockett's cousin, Emmet Doyle, told the newspaper that she was a "superstar" that everyone loved, and that she had been trying to get the postulants out of the school building when the stairwell collapsed.

"She died as she lived, helping others," he told The Daily Mail.

"This is a young girl who gave her life to God and died for the Gospel. She was a joyful girl, I've known her since she was a teenager. A beautiful person," Calhoun said. "I'll remember the joy that she brought to her youth group and the enthusiasm she showed for her vocation to religious life. "It's counter cultural to join a religious order for a young girl and she embraced it. We'll remember her with such affection." 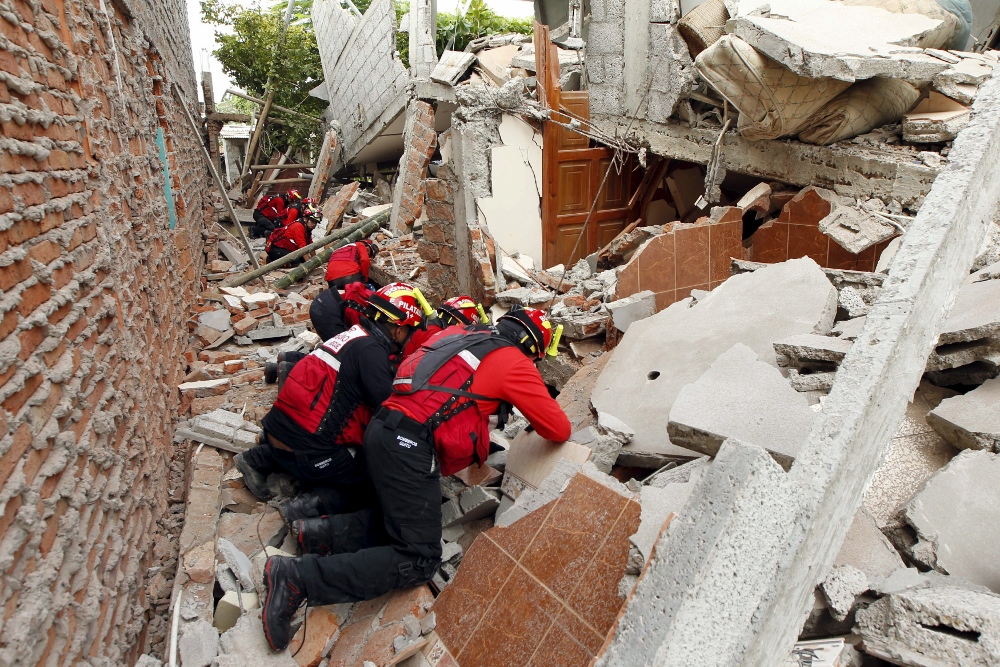