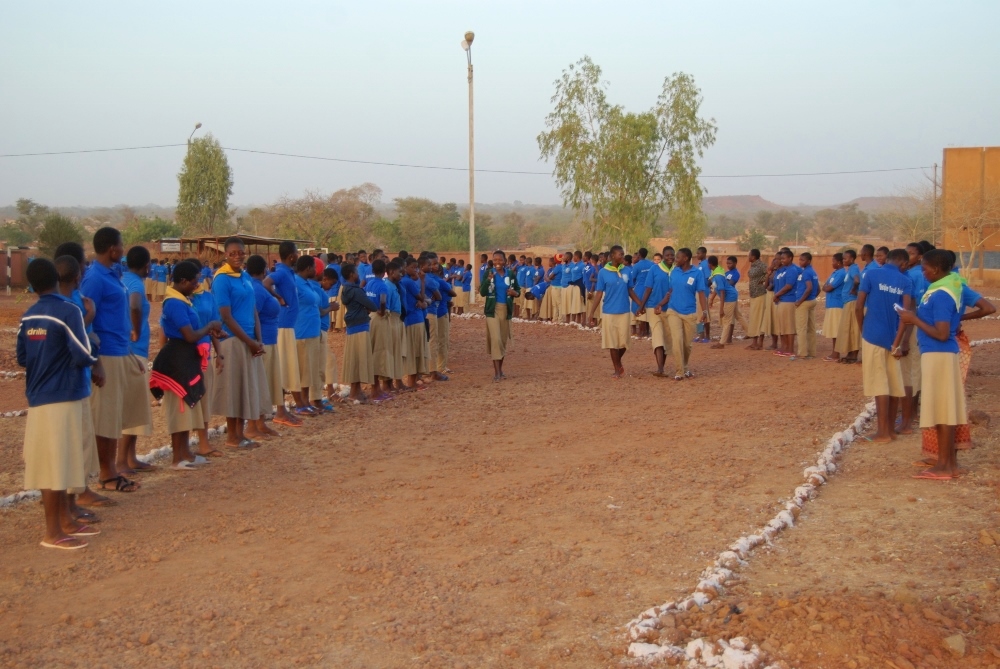 Ouagadougou, Burkina Faso, is not a fictional place, though before I traveled there, my community did not believe it was real.

Skepticism ended when, on the television show "NCIS" one evening, someone else spoke about it.

This musical name reflects the widely acknowledged musical talent of Burkina people, and the country is also famous for being the capital of African film production. The name "Burkina" alone holds an important meaning in the Mossi language: "land of honest people."

I found Burkina Faso a fascinating place, rich with Islamic and animist traditions. Christian presence is minimal, though 23 percent of the population is Catholic. 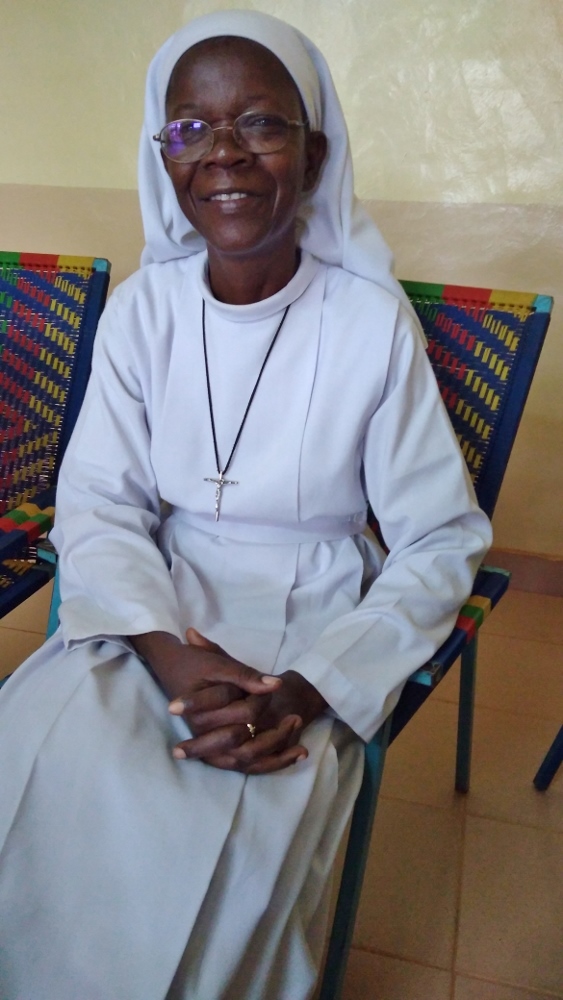 I was intrigued with the country's unique architecture and village organization. Family homesteads are constructed with several houses connected by walls around an open inner space. Only the father has a key to the one gate. I saw unusual-looking mosques and outbuildings, as well.

It was my first time to hear of sisters preserving grain that they could sell to villagers during the dry season, when food is scarce. Sr. Marguerite Kankouan, a teacher in the south of the country, was the Conrad N. Hilton's Fund for Sisters first grantee from Burkina Faso working to counter increasing issues with HIV/AIDS. (The Conrad N. Hilton Fund for Sisters was established by the Conrad N. Hilton Foundation, which funds Global Sisters Report.) She understood the importance of good nutrition for those infected and sought funds to teach animal husbandry and agriculture to local families. Unfortunately, I have not been able to meet her in person, but we have corresponded often since 2005.

Through our messages, Sister Marguerite has kept me apprised of her congregation's activities, interspersing her English with French, her first language. I met her superior, Sr. Bernadette Rouamba, in November at the UISG Council of Delegates meeting in the Philippines.

The Sisters of the Immaculate Conception is the first local congregation, founded in Burkina Faso in 1924. They are committed primarily to the development of girls, who in Burkina are often neglected and marginalized. According to the United Nations, girls worldwide struggle to claim their specific rights, and according to Plan International are caught between the conventions on women and children. Even in the convention on children, issues around boys' rights are specifically mentioned, but not those of girls. 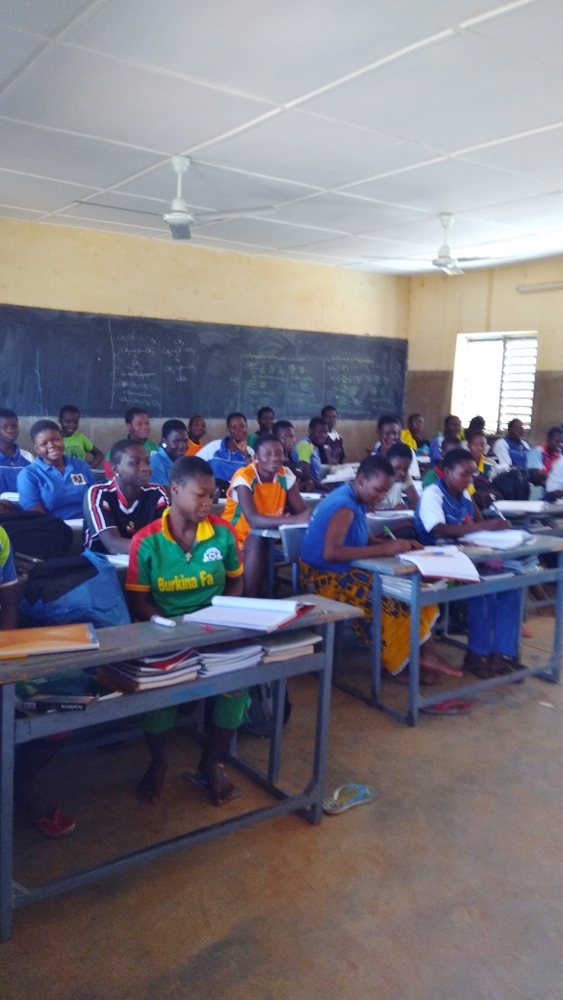 To do this, they first opened a center for girls who had left formal education, usually for reasons related to their family, cultural and religious backgrounds. Classes included sewing, weaving, farming and animal husbandry — and literacy.

Poverty is often a trigger for most problems the girls face. The majority of families in Burkina are subsistence farmers who earn income from cotton, the major crop of the country. Although farmers call it their "white gold" because its reputation places it among the highest quality worldwide, annual incomes are minimal. Families often receive about 8 percent of the final sale prices. Income from cotton, their only cash crop, also suffers from the subsidies paid to farmers in other countries. A study by Oxfam estimates that removing these payments could increase West African farmers' payments by 10 percent.

Besides poverty, traditional patriarchy is also problematic. Girls have few, if any, rights in this system and in general are valued primarily for childbearing: They are among the 15 million girls worldwide forced into early marriages. They endure unwanted pregnancies from sexual assault within the family and from outside, many before they reach the age of 16. Some are among the 200 million girls and women worldwide who experience female genital cutting. Parents sometimes hand their daughters over to extended family members as housekeepers or child-care givers, where they frequently experience abuse and what amounts to enslavement. As in many areas of the world, male children are favored to go to school, leaving girls disadvantaged. They become part of the 40 percent of teens and young adults in Burkina who are illiterate.

The sisters chose to address some of these issues when they opened a hostel in 2002 in Kongoussi. Girls could stay there safely while they attended school in the town. The sisters built the hostel through partnership with Plan International, which advocates for children's rights and quality for girls around the world. The project included a 48-bed dormitory and dining hall, a house for the sister-staff, and enough funding to fence the compound.

Three years later, in 2005, they built a second home and staff housing in Lioudougou, also for 48 residents. To promote girls' education, the sisters visited surrounding villages, meeting families and inviting them to allow their girls an education. The number of girls rose to 65 in the following year, and by 2017, there were 318 girls who attended school. Of those, 271 are boarders. The boarders also help with animal husbandry and other food production, not easy in a desert region. 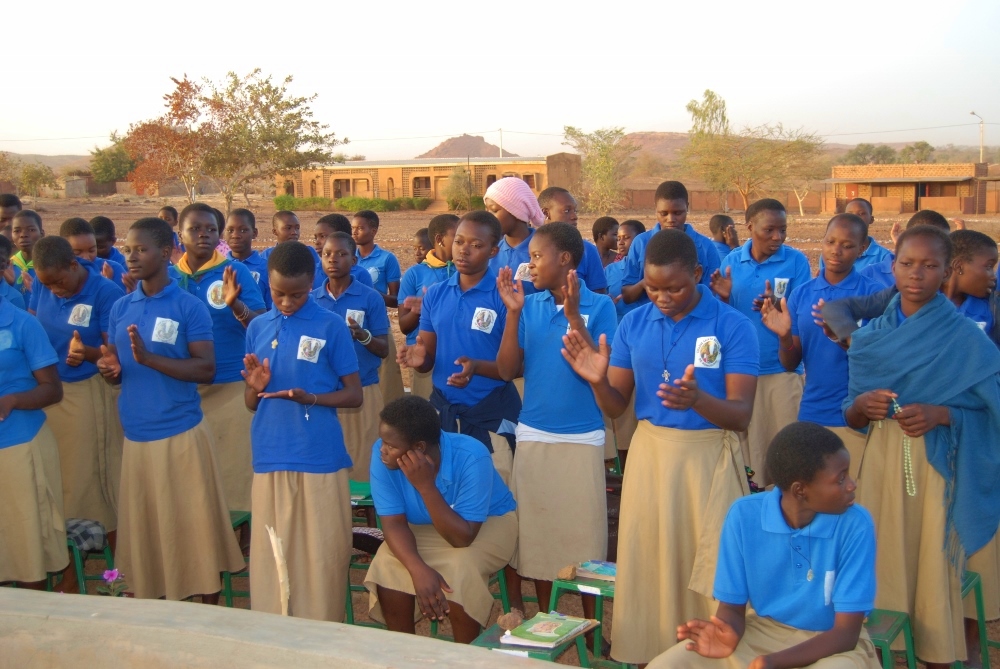 Having a home for the girls to stay helped address the issue of girls' education, but the issue of safety was not completely satisfied. The girls who were not boarders were still vulnerable to assault walking to and from school in the town. Thus, at the opening ceremony of the home on 2005, Sr. Elizabeth Badini, director of the house, in the presence of residents and a representative from Plan International in Germany proposed the idea of a high school, grades 6 to 10. Everyone present agreed, and in 2007, the college opened with grades 5 and 6.

The sisters allowed the girls in grade 5 attending school in town to finish in their new school. Enrollment that first year was 69, and each year since, enrollment has increased with boarders and day students. Already, in 2011, the students who were recruited as sixth-graders passed with a success rate of 88 percent. The success rate of passing continues.

Sister Marguerite is now the head of this flourishing school. But in spite of many successes, Sister Marguerite still faces challenges. Just in December, heavy rains destroyed one of the girls' hostels, leaving the sister with the question of how to repair or rebuild.

Unfortunately, financial assistance to the sisters ended after a Jan. 16, 2016, al-Qaida attack on a hotel in Ouagadougou in which six Canadians were killed. This lack of consistent funding will set the sisters' work back as well as Burkina Faso's achievement of the fifth U.N. sustainable development goal: to "achieve gender equality and empower all women and girls" by 2030. 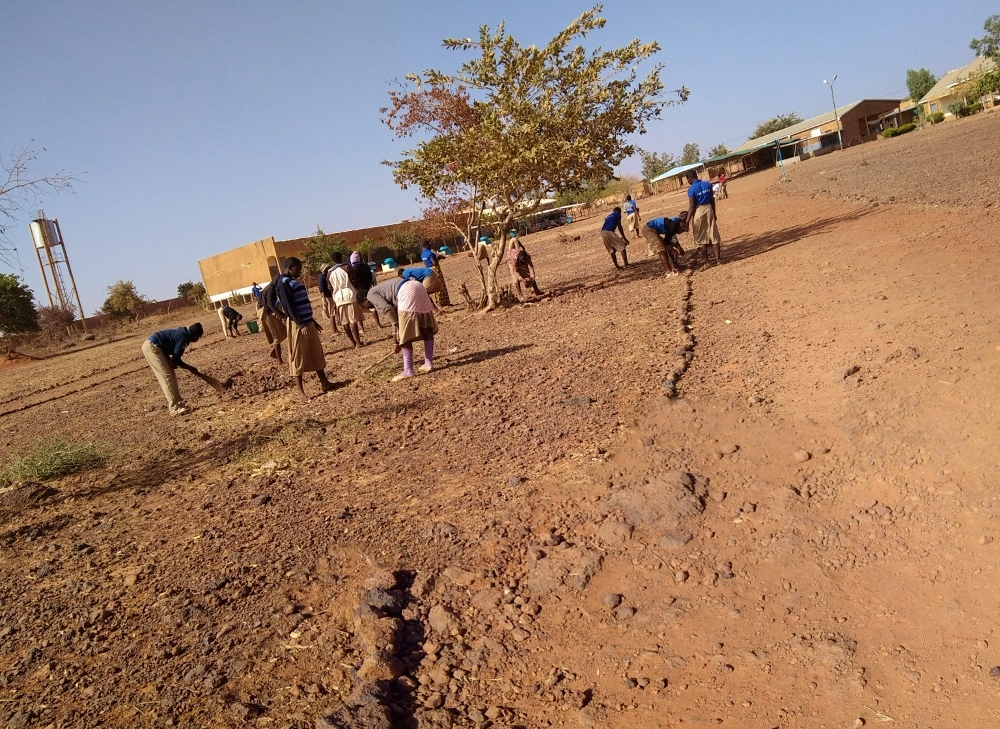 Students at one of the sisters' hostels prepare the ground for planting gardens. (Provided by Sr. Marguerite Kankouan)

Moral leadership is essential in the police brutality quagmire