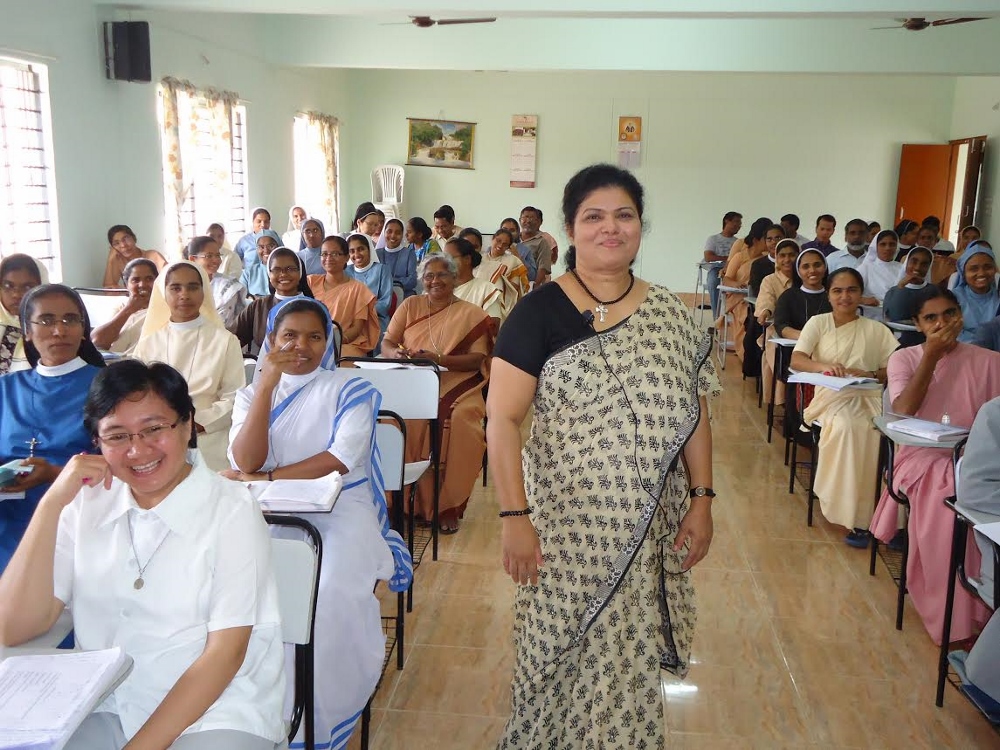 New Delhi, India — Sr. Jessy Kurian is a leading human rights activist whose mission is to provide legal assistance to marginalized women in India. Kurian was the first Catholic nun in India to hold a quasi-judiciary post. A member of the St. Anne’s Providence of Secunderabad, she was a member of the National Commission for Minority Educational Institutions and is the first member of her congregation to study law.

The educator-turned-lawyer is now based in New Delhi and practices in the Supreme Court of India. She shared with Global Sisters Report what prompted her to take up law and work for the poor.

Why did you become a lawyer?

From my childhood itself I had the desire to become a lawyer after reading about the life story of Anna Chandy [India’s first woman judge]. At the same time I wanted to become a nun to serve people. When I consulted my parish priest, he said no convent would admit a lawyer. She might ask too many questions. I chose to become a nun thinking that it would help me serve humanity. God so willed that after 20 years in the convent I could become a lawyer. After 30 years, I have realized a nun has a better chance than a lawyer to serve people.

Then, how did you become a lawyer finally?

As a nun, I saw common people, especially women, suffering. I was the principal of many schools and colleges in Andhra Pradesh [southern India] for 10 years. I saw women suffering because of domestic violence, cruelty, the dowry system and sexual harassment.

What really compelled me to take up law were two incidents. I came across a woman lecturer who had been married to a professor for five years but had no child. During sharing, she burst into tears and told me that, on her first day in the husband’s house, the mother-in-law warned her that she would be sent to her home if her first child was a girl. The couple never tried for a child because of fear.

Second was the plight of a first-year girl student in my college. She used to be on campus at odd hours. When I enquired, she said that from the time of her birth, her father was against her mother for giving birth to her, a girl child. Everyone considered her mother a curse. Her father was angry when he saw her, his only child, in the house. He worked in a factory in shifts. The girl went home only when he was away for work. When he was at home at night, she would go to bed early.

I was shocked to learn that a woman had no right to give birth. A girl child has no right to be born. It is the birthright of any woman to give birth. The mother-in-law had no respect for her own gender. These people suffered because they did not know their rights. So, I had to teach people their fundamental rights.

I resigned my post as a principal in 2002 and went to study law. 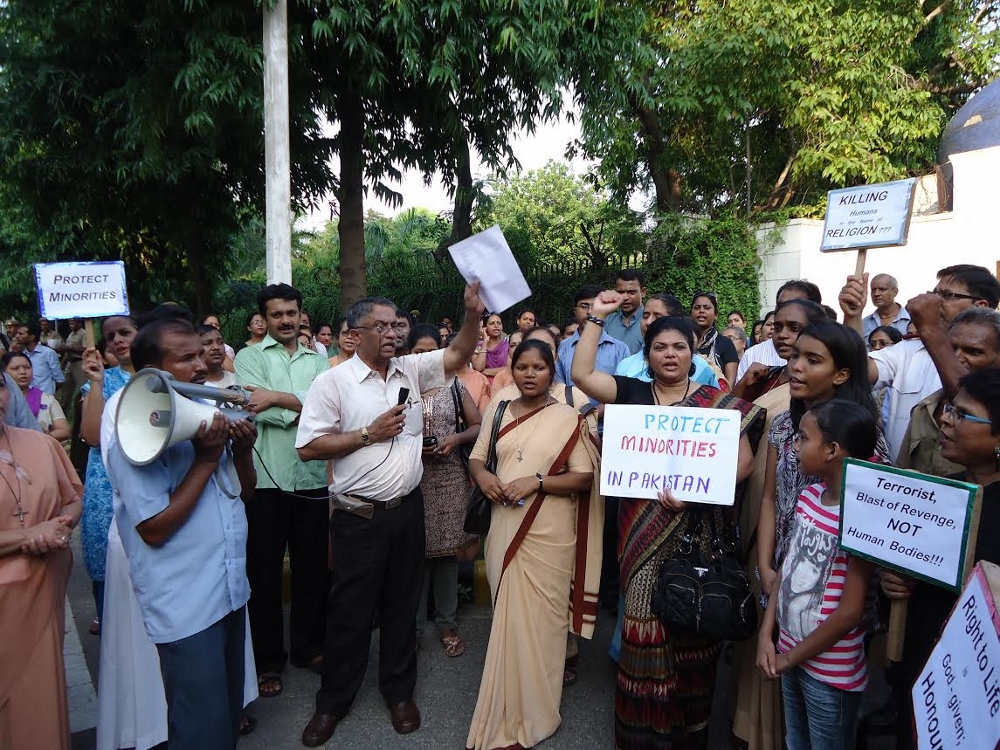 Sr. Jessy Kurian joins a protest in Delhi against attacks on Christians in Pakistan. (Courtesy of Jessy Kurian)

When did you start your practice? What was your first case?

My practice started in 2005. My first case was about a domestic violence. A woman was burned to death by acid. Three people were arrested and convicted. They were given seven years in jail. After that case, I came to Delhi the same year.

What has been your experience as a lawyer nun?

As a child, I had thought a nun would do greater service than a lawyer, but now I realize a nun lawyer can help the exploited people much more. My clients trust me because I am a nun. I can now use legal literacy to help people claim their rights and protect them from exploitation.

Any challenges in your profession?

I mainly deal with matters related to women – domestic violence, cruelty, the dowry system. Of course, when one fights for justice or points out injustice, others may not like it. Such opposition and challenges only make me stronger. 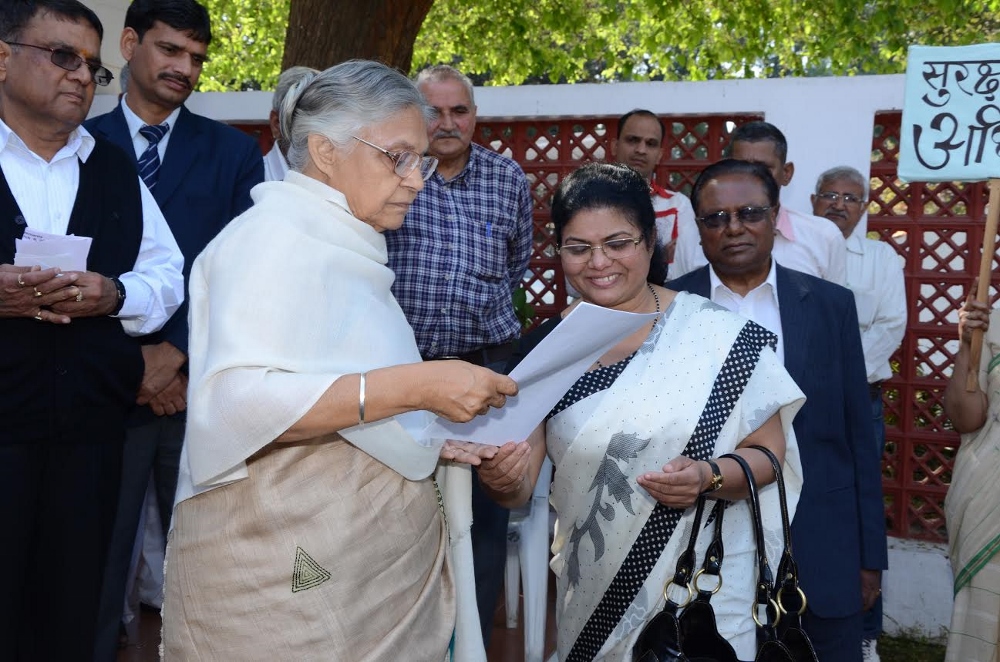 You have started an NGO. Why? What are its activities?

My NGO, Citizens Rights Trust, was registered in 2011. It has Supreme Court lawyers, retired judges, social activists, law students and socially committed persons as members. We started it to promote human rights, legal literacy, legal aid and women’s empowerment. We conduct legal literacy programs in different places, especially in slum areas, all over India. We educate women, children, minorities, laborers and tribal and low-caste people about their rights. We also teach them how to file an FIR [first information report, to register a case] and guide them to the right government departments to get access to solutions.

India’s treatment of women has become a matter of international shame. Why do our women suffer? How could we end atrocities against women?

It is true that women in India get second-class treatment. Women suffer because of the narrow mindset of men in India. Patriarchy and men’s [belief in their] superiority lead to attacks on women. Even religion is no exception. Our men have developed a superior mindset and women carry a submissive or inferior mindset. To change this situation, religion, family, society and the government have to join hands.

Religion should impart gender justice and equality through religious teachings and sermons. Also it should give equal respect and an equal place for women. Women should be made administrators, leaders and decision-makers instead of being treated as a mere workforce.

Parents should treat sons and daughters equally – provide them with equal opportunities in study and other matters; instill in them respect for women from childhood itself.

Society should shed the patriarchal mindset – consider women as equal partners and collaborators.

Government should introduce topics such as gender justice and equality in the school syllabus starting in primary school. Schools should also teach the rights of women, fundamental rights and human rights.

You have worked with the government. What was your post and what did you do?

The Indian government appointed me a member of the National Commission for Minority Educational Institutions. The commission is a quasi-judiciary one. My duty was to protect and enforce the educational rights of minorities in India. I am happy that I have made many minority educational institutions aware of the existence of such a commission and the procedure for obtaining a minority status certificate. For this, I had to address minority communities in many places. As a result, during my time, many Christian educational institutions could get minority status certificates, of course through legal procedure.

Looking back, I thank God for giving me such an opportunity to serve my nation.

How do you assess the Indian church’s programs for women’s welfare?

Well, the Indian church has miles to go when it comes to women issues. It is true the church is playing a wider role for women’s empowerment. However, the church is part of the Indian society. Its members come from the same society that is shackled by traditions, cultures and customs. So we cannot expect a different mindset for the men in the church. However, we expect priests to have a wider vision on gender justice and equality.

Ultimately, the church is patriarchal in structure. However the church should allow women equal participation – in parish councils, administration and decision-making. Women should be given a due place on the dais when the church holds some functions and programs. Since God has created men and women equal and in his own likeness and image, I cannot accept any superiority of men. Gender justice, equality and respect for women should be taught in the seminary. Human rights, fundamental rights, rights of women and other related topics should be made mandatory subjects for seminarians. I am happy that some seminaries have already started such subjects. Women professors should be introduced in seminaries in good number so that these young men will get an opportunity to know the divine beauty and worth of women. 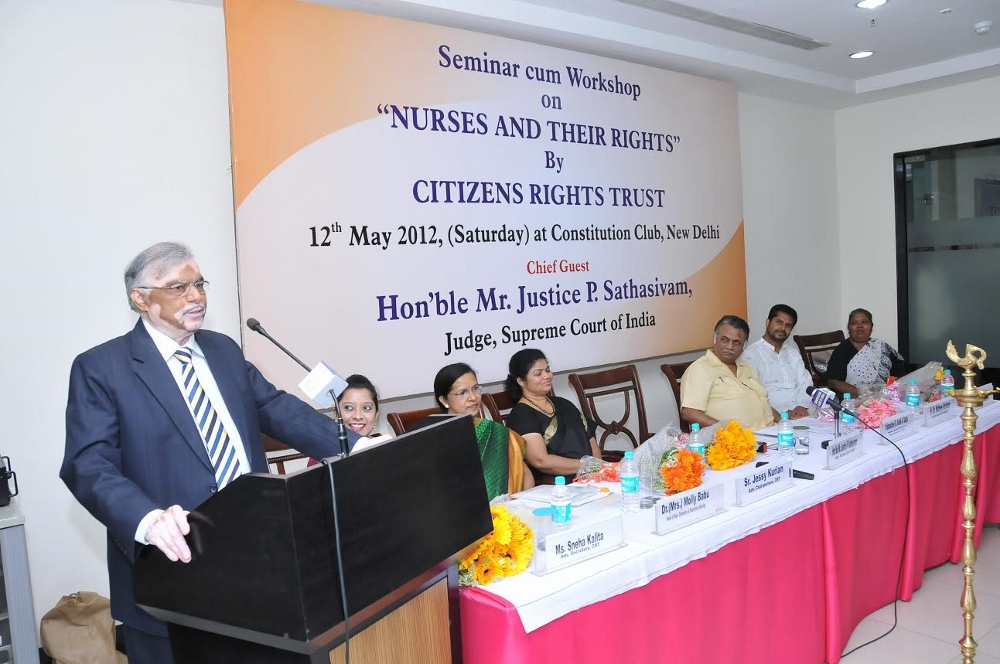 Do you find support from your congregation?

Wow! It is a substantial but a tricky question. I became a nun to serve people, especially the suffering, the poor, needy and the exploited. I want to do something different for people. I joined this congregation because my old parish priest had told me it would offer me opportunities to do social work.

I must acknowledge that I am the only nun in our congregation to enter the legal profession. However, some members in the governing body cannot fully understand why a nun should promote human rights. They think it is the work of lay persons and lawyers. I am happy our president, an Italian, is committed to the poor, and she and her team support me. Even the Indian provincial and her team are happy with my work. Hope it will continue.

Do you have any message for sisters in India?

Sisters should come out of their four walls of security and safety zones, as Pope Francis rightly said. Then work for the poor and the exploited. Time has come where sisters have to stand up for social cause – against child marriage, trafficking, dowry system, domestic violence, exploitation, child abuse, sexual offences and displacement.

[Jose Kavi is the editor-in-chief of Matters India, a news portal started in March 2013 to focus on religious and social issues in India. This article is part of a collaboration between GSR and Matters India.]

Q & A with Sr. Mary Tran Le Trinh, caring for children with disabilities

Q & A with Sr. Monique Tarabeh, praying for family in Syria

Q & A with Sr. Noelene Simmons, battling trafficking in Australia, a 'destination country'