“I also expect from you what I have asked all the members of the Church: to come out of yourselves and go forth to the existential peripheries.”

The annual Border Mass at the fence that marks the international boundary between the U.S. and Mexico was celebrated on Saturday, Nov. 22. Bishop Oscar Cantu presided with Bishop Mark Seitz and priests from the three dioceses: Las Cruces, N.M., El Paso, Texas, and Juarez, Mexico, that converge at the site. The liturgy commemorates the lives of migrants who have died crossing the border and was especially significant in the wake of President Obama’s announcement of an executive order that will bring reform of U.S. immigration law.

People of faith congregated in the sand on both sides of the massive fence that divides the parishes of San Martin de Porres in Sunland Park, N.M., and Cristo Rey in Anapra, Mexico. Usually I am on the New Mexico side of the celebration, squinting into the sun that shines from the south at midday. This year was different. The Sisters of Charity of Cincinnati direct a center for children with special needs in Anapra (www.proyectosantonino.org) and we were able to attend the liturgy with our co-workers in Mexico. For me, the shift in perspective was remarkable.

First, facing north towards New Mexico with the sun at our backs, I noticed that our altar was flush against the fence. On the U.S. side, the altar was positioned at a ninety degree angle a few yards away from the fence. The altar, celebrants and congregation were separated by a stretch of sand in which were placed white crosses with names of immigrants we were remembering. But that distance was also carefully monitored by the green-clad border patrol agents on foot, in Jeeps and on horseback. From my perspective, it felt like a huge expanse of fear.

Next, during the liturgy of the Eucharist I realized that only the bishops and priests on the U.S. side of the fence shared in the reading of the prayers. This was a change from previous years when the Eucharistic prayer was read in turns from both sides of the border. No explanation was given. Later I learned that there was a concern to maintain liturgical correctness of one altar, this year on the U.S. side of the border. From my perspective, it felt like a fence of our own making crashed down to divide the one Body of Christ that this Eucharist is meant to reveal.

Then, during the exchange of the sign of peace which for me is usually the most impactful part of this liturgy, came the most unnerving experience of all. At this moment the people from the U.S. are allowed to cross the sandy expanse of crosses and touch fingertips through the fence under the watchful eyes of the border patrol agents. I have always enjoyed the moment of connecting with friends and co-workers from the Santo Niño Center. This time I approached the fence with them, looking for familiar faces on the U.S. side. Because we were so close to the fence already, we had to wait for the others to come near to us. I noticed how difficult it was to really see through the steel mesh of the fence. I called out to my friends and watched the surprise register on their faces. “What are you doing over there?” I explained that it was our Saturday session at Santo Niño. Lots of photographers were snapping pictures of these exchanges. A strange and strong emotion arose in me. “You don’t want to take my picture. I’m just a visitor. I minister over here but I really belong over there.” I immediately felt disappointed in myself. From my perspective I saw my own unwillingness to be identified with the ones the border fence is meant to keep out.

This was a painful realization and not easy to admit. But I have become grateful for the shocking self-awareness and the opportunity it has offered me to reflect on what it means to go to the margins. I have served at the border for twenty-three years. At some level I have always known, as Jesuit theologian Jon Sobrino writes, that my salvation is intimately connected to those who live in poverty. But until this experience I didn’t realize how carefully I maintained my perspective of privilege. I kept a distance far wider than that stretch of sand between the altar and the fence, protecting myself from the change that is demanded when I know what I know.

In his homily, Bishop Cantu said that perhaps our most important immigration documents are our baptismal certificates. When I cross the border, back and forth with only the inconvenience of waiting in line, I pray to be able to live as though there is no border. I pray for conversion of heart and conversion of lifestyle. I believe this is possible if I accept the challenge of Pope Francis personally, to come out of myself and go to the existential peripheries, building relationships of sincere mutuality and solidarity. 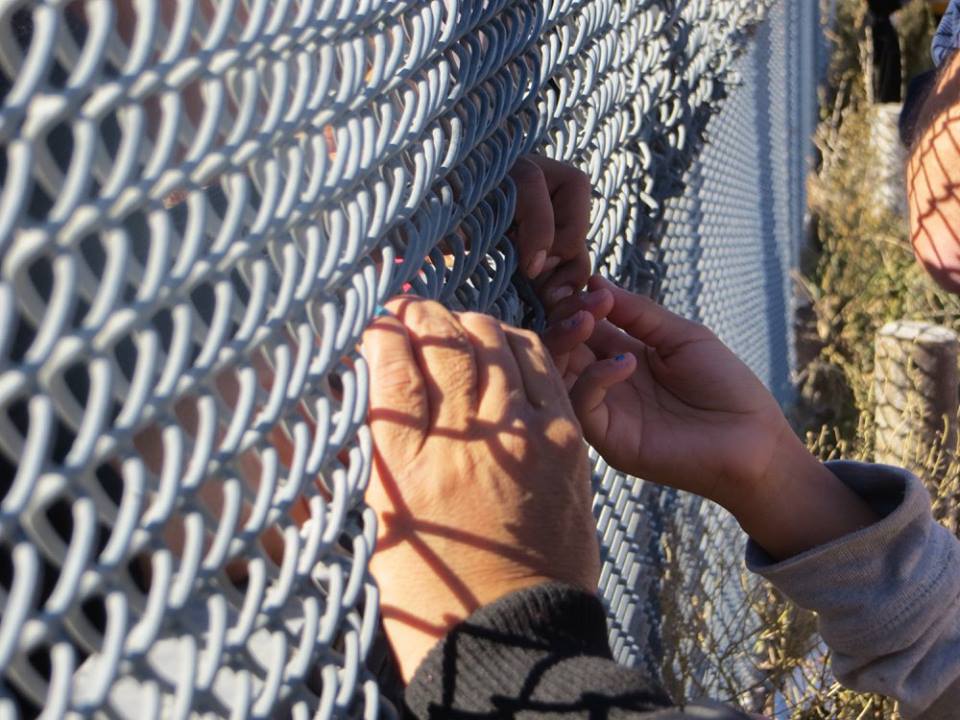 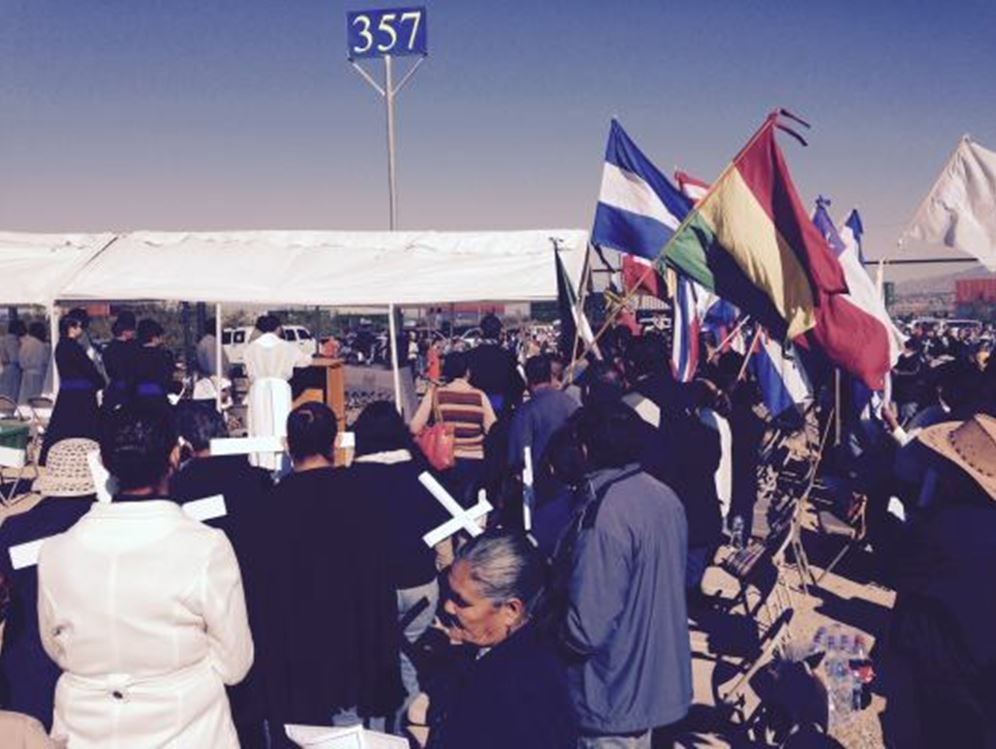