The people in my pocket 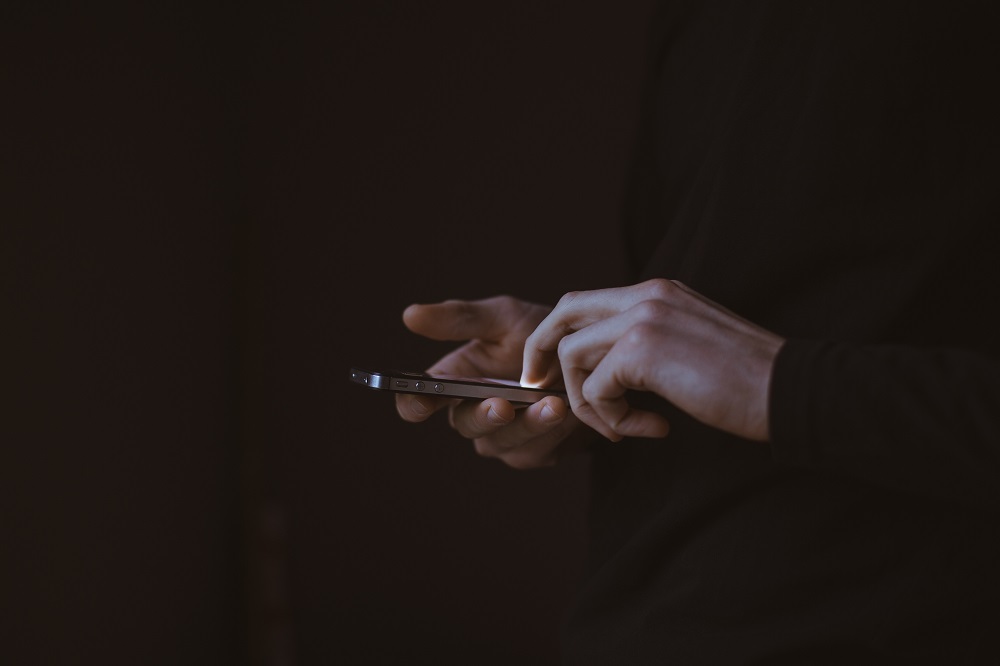 (Photo by Gilles Lambert on Unsplash)

Earlier this summer, I took part in a meeting of our sisters in Boston at which we considered our relationship to our media devices — namely, for those who have them, our smartphones. (Some have flip phones, depending on need and ability.)

We talked about the theology and spirituality of communication and how we use or misuse these devices personally, in community and in mission. Then, the disturbance alerts cause in chapel and at table came up.

Someone said: "We are not obligated to take on the needs in the world" as they pop up on our phones through the various sounds and banners to which we may feel obligated to react. Immediately.

(Interestingly, some of these same themes were addressed at breakout sessions at the Catholic Media Conference in June in Green Bay, Wisconsin.)

I know she meant to de-escalate the urgency these alarms inspire in us and to emphasize the need for silence and intentional participation in community and at prayer. She wanted us to control our interaction with our phones rather than let this modern technology control us.

But I could not get her statement out of my mind despite the worthy context for her words. For are we not obligated to take on all the needs of the people in the world? Is this not our job, our vocation, our very reason for being as men and women religious in the church and the world?

As I continued to contemplate this idea in the days that followed, I imagined all the people in my pocket: my thousands of Facebook and Twitter family and friends, my phone and email contacts (I have two accounts) and the news feeds that silently and continually light up my screen with breaking news.

I carry thousands of people from around the world in my pocket, and I am in touch with the majority every day through social media. I imagined all the needs expressed through the news, the requests for prayer that stream down my Facebook feed, and I recalled that Facebook is, for me, the best prayer group I have ever experienced.

Even people who push back at me for my support of gun control and keeping families together at the border come through when I ask for prayers. I am present to them, and they are present to me. "To communicate" means "to be present to."

I hear the cries of humanity through my smartphone. In 1961, at the general chapter where he explained our constitutions to us, our founder, Blessed James Alberione, asked the Daughters of St. Paul, "How many times do you ask yourself: Where is humanity going, how is it moving, toward what goal is it aiming as it renews itself continually on the face of the earth? Humanity is like a great river flowing into eternity. Will it be saved? Will it be lost forever?"

The United States recently withdrew from the United Nations Human Rights Council, following the U.S. withdrawal from the Paris climate accord a few months before. As I write this, there is a brewing humanitarian crisis at our border between Mexico and the United States, where families are being torn apart, whether they are entering the country seeking asylum or apprehended crossing the border illegally.

The human disaster in Syria and Yemen continues unchecked. The United States has forces active in many countries that we won't even know about until there is some kind of military disaster. The U.S. Environmental Protection Agency has been deregulated even further, the promise of clean water, earth and air in the richest nation on earth becoming another real crisis for our own citizens.

Here I am in Los Angeles, carrying out my apostolate, nursing a torn ligament in my left foot, checking the news on television and Facebook for the status of the needs of my brothers and sisters near and far. I truly struggle as I listen to government officials speak words that cast a shadow on integrity, peace, and care for people and the earth.

I post and repost information, trying to be accurate and hopeful and not turn cynical. I try to post at least one positive story each day. I like dog and cat videos because they warm the hearts of people who are perhaps lonely and sad.

I want to know about the suffering and burdens of people so I can contribute to alleviating that suffering, using what the U.S. Conference of Catholic Bishops calls "Two Feet of Love in Action": charity to the person in front of me and working through our Pauline mission and by living the principles of Catholic social teaching to change the structures that cause suffering in the world.

Toward the end of his life, Alberione gave a series of guided meditations to the sisters planning for our special chapter that followed the Second Vatican Council. He offered this reflection on our apostolate of using communications media to spread God's word. It continues to be relevant 50 years later:

Although I have turned off all the audio alarms and vibration alerts on my smartphone, I carry my people from so many countries in prayer as I come and go from place to place: to chapel, to a film screening, even at my desk. I carry them to Mass. They do not all post in English, but translations are provided.

I intentionally check my smartphone often during the day to see what is happening in the world near and far. I see what people communicate — their messages that become my motives for care, concern, prayer and response. They are the people in my pocket, and I will not let them go.

[Sr. Rose Pacatte, a member of the Daughters of St. Paul, is the founding director of the Pauline Center for Media Studies in Los Angeles.]

Ministry | The people in my pocket

Bread from the homeless

Reports from the fringe