Where science warnings fail, can moral force push us out of climate inertia? 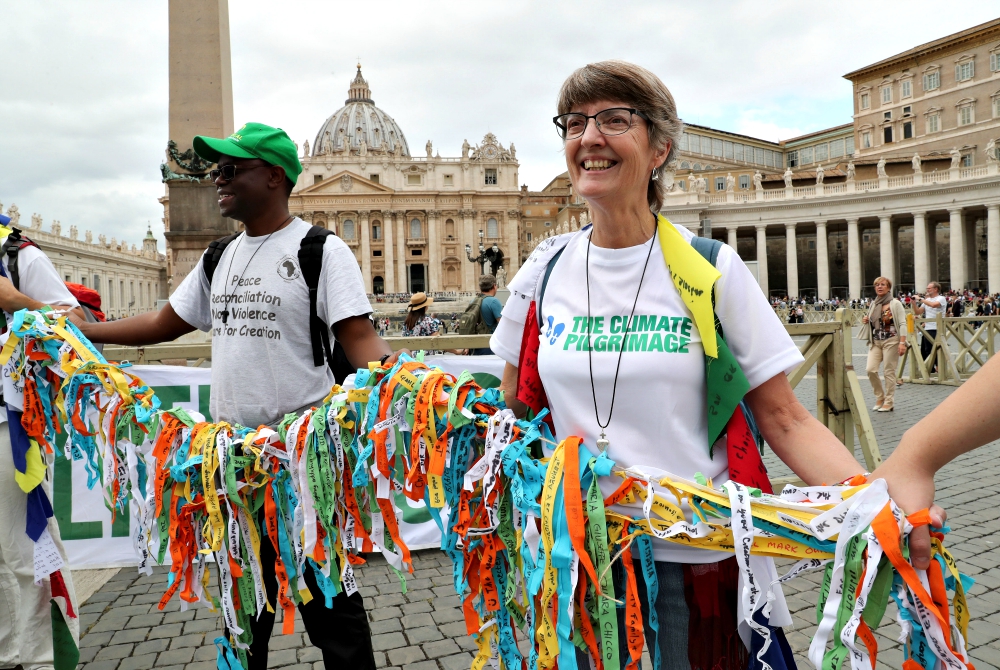 Pilgrims of Catholic environmental movements are seen Oct. 4, 2018, at the start of the climate walk in St. Peter's Square at the Vatican. (CNS/Reuters/Tony Gentile)

The world today is filled with the reality and repercussions of a changing climate.

Glaciers are melting. Intense storms are strengthening. Seas are rising. Floods are spreading. Heat waves and droughts are prolonging. And the destruction and disruption all those events bring to people in all corners of the world are increasing.

For decades, science has signaled this was the world to come as humans pump more and more heat-trapping greenhouse gases into the atmosphere, a consequential byproduct of industrializing nations on the back of fossil fuels. Yet despite the increasingly dire forecasts of even greater devastation ahead if current warming rates continue, scientists emphasize that time, albeit limited, remains to curtail such a future. But to do so would take a historic display of rapid action, economic transformation and international cooperation.

So far, science alone has not been able to provide the spark to overcome political inertia that has resisted such massive change. More and more, a prevailing belief is that a moral force is needed.

Environment | Where science warnings fail, can moral force push us out of climate inertia?

Christian lenses on the environment