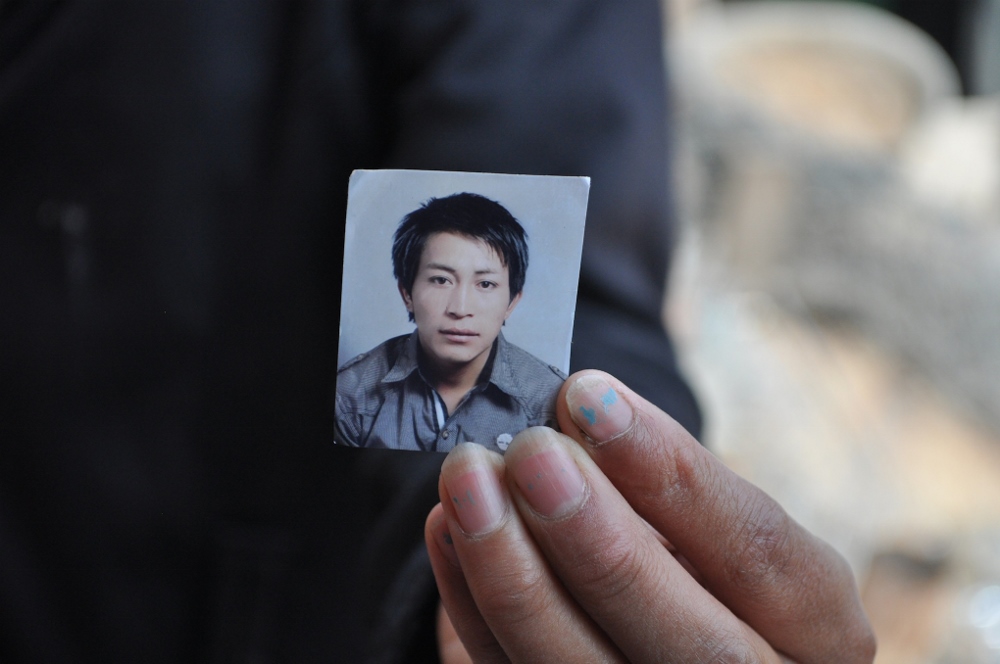 Jaime Perez Lopez, 24, died in the Marlin mine in April 2016 when thousands of tons of rock and dirt collapsed from an internal wall of a work area. (GSR photo / J. Malcolm Garcia)

San Miguel Ixtahuacán, Guatemala — The family of Jaime Perez Lopez, 24, remembers him as a family-oriented young man with many friends. He enjoyed his work in the Marlin mine and returning home to his parents when he got off to help around the house.

"After work, he liked to go home and work," his aunt Albertine Lopez recalled. "He had no vices."

On April 14, about two years after he began working at the mine, thousands of tons of rock and dirt collapsed from an internal wall of a work area, possibly the result of a small earthquake, killing Jaime. It was his first night on a new shift, his sister, Fabia Perez, 15 said.

"He was a good brother," Perez said.

The death of Lopez, a Goldcorp spokesman said, was the first fatality in the mine.

"We are extremely saddened that after 10 and a half years of production that this would happen," the spokesman said. "It is a difficult time for all of us."

All work halted in the mine after the collapse and a rescue effort went into effect. Lopez's body was recovered early on the morning of April 17.

"I would say this is a tragedy beyond words," said Lopez's father, Gerardo Perez, 56, an unemployed truck driver. "I never would have thought I'd live through something like this."

The death of Lopez has increased concerns about how the mine will be closed.

"If there was a 7.0 earthquake," said Ramiro Soto, the mayor of San Miguel Ixtahuacán, "what will happen to the structures holding contaminated material?"

The Goldcorp spokesman said the internal walls of the mine will be fortified with cement and steel to ensure its safety after it's closed. Soto said he had asked for updates on the closing and the safety measures in place but as of May 20 he said he had not received them.

The family of Lopez has also come under criticism. Goldcorp has agreed to give them their son's last payroll check and life insurance among other benefits. Some opponents of the mine accused the family of accepting "hush" money.

"My son is dead," Gerardo Perez said. "There is no amount of money that can take away the pain from my heart."