by Elizabeth A. Elliott
Ministry 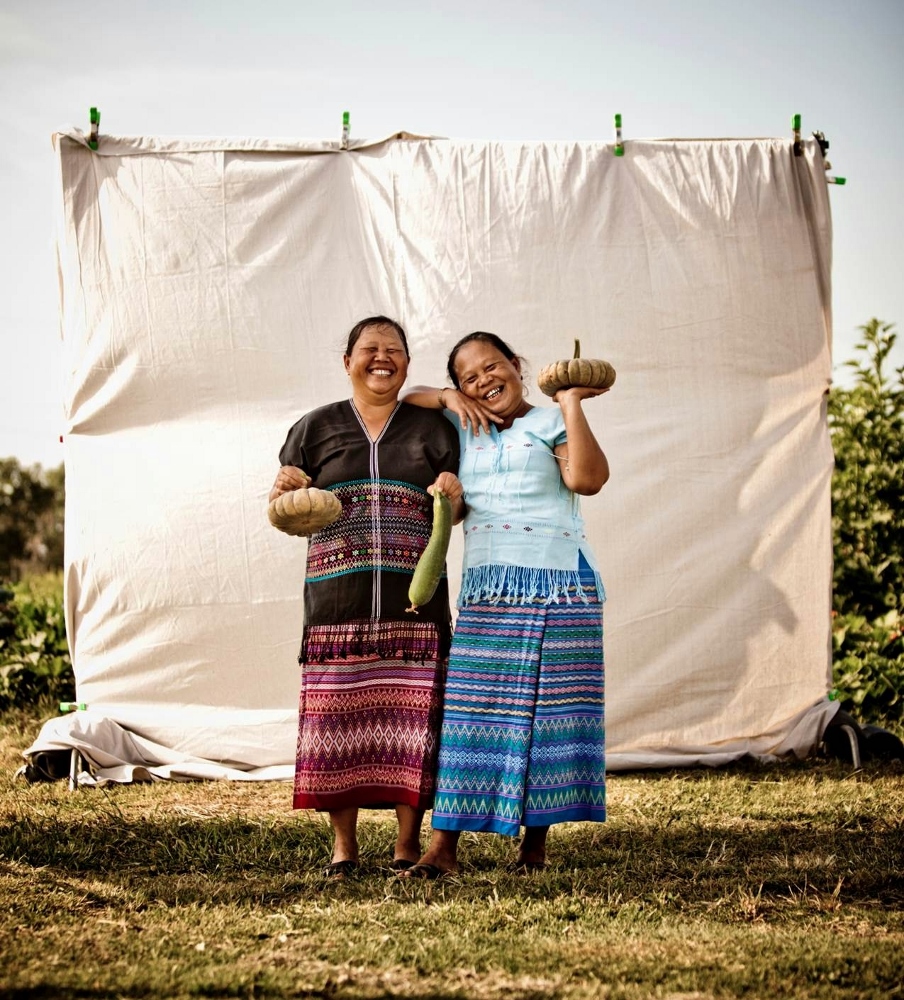 Beh Paw Gaw, left, and her sister, Pay Lay, now run their own farm in the Kansas City area. (Courtesy of New Roots for Refugees)

Kansas City, Kansas — Beh Paw Gaw and her family spent 10 years in a Thai refugee camp after escaping war in Burma. They left a home with plenty of space to grow mangos, coconuts, bananas and papayas for a household where the nearest neighbor was only one step away.

The U.S. government resettled Gaw, her husband, Ta Mla, and their seven children in Kansas City in 2007. Ta Mla found work at a factory in St. Joseph, Missouri. Beh Paw needed a flexible job she could work while raising young children that could help pay the rent when her husband's work was unstable.

Catholic Charities of Northeast Kansas began a program in 2009 that provided the flexibility Gaw needed.

New Roots for Refugees helps men and women searching for new life in the United States from Somalia, Burma, Burundi, Bhutan and Sudan by focusing on farming to help the refugees, who primarily come from agricultural backgrounds, adapt those skills to work in the United States. The program is funded through local foundations and agency funds.

Gaw entered the program in 2009 and graduated in 2012. She said New Roots taught her many things, including how to plant, how to prepare for farmers markets, which crops to plant when, and how to speak English. It usually takes four years for participants to graduate.

"Where we lived in Burma was a nice place where we could grow everything, but we had to leave because everything was burned," said Gaw's daughter August, who translated for her mother for Global Sisters Report.

"It's better to come to America, where if you work hard, you can get what you want and what you plan for," Gaw said.

Rachel Pollock, director of Refugee and Immigration Programs at Catholic Charities of Northeast Kansas, said the New Roots program started with a community garden initiative with Somali Bantu women who were part of a weekly gardening group, which was funded by a grant through the U.S. government's Refugee Agricultural Partnership Program. 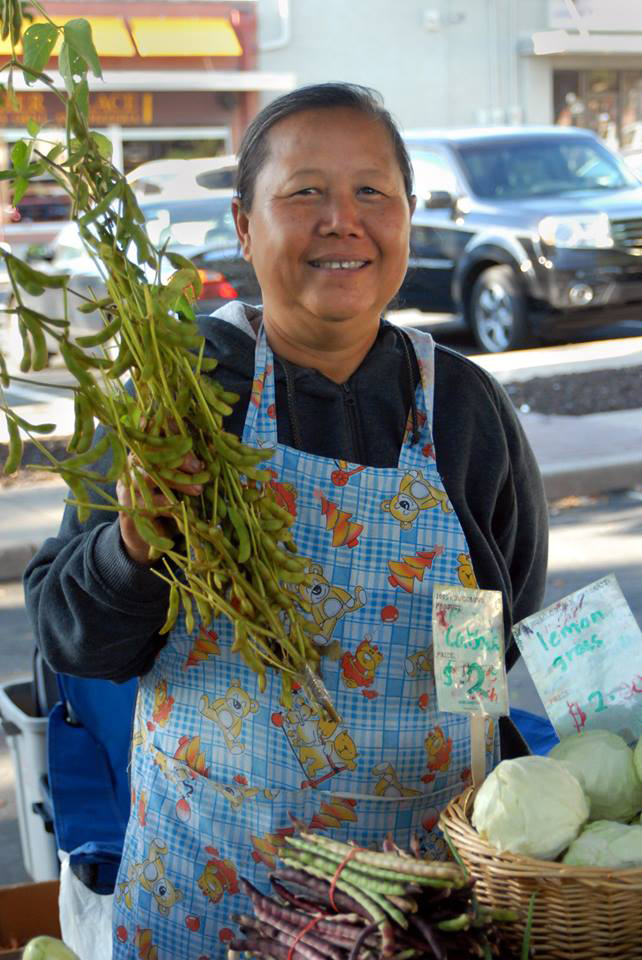 Beh Paw Gaw sells her produce at a farmers market. (Courtesy of New Roots for Refugees)

The current farmers who work at Juniper Gardens, a training farm in Kansas City, are from the Chin, Karenni and Karen groups in Myanmar.

The New Roots program is small — it hosts 16 farmers per year, compared to the 400 refugees Catholic Charities of Northeast Kansas resettles annually — but Pollock says it is popular because its members spend time in the larger community. While there are other programs across the country that work with refugees in agriculture, Pollock said Kansas City has plentiful land that isn't too expensive.

"We have had great success with our graduate farmers because of this," she said.

Meredith Walrafen, the coordinator of New Roots for Refugees, said the program has gained national attention because of its success of transitioning people onto their own land and the program's partnership with Cultivate Kansas City.

"After this year, we will have 15 families who have successfully transitioned onto land they either own or lease and are still growing and selling," Walrafen said.

One of the things the program seems to do differently from other programs is focus on self-sufficiency, she said.

Walrafen said each part of the partnership brings a unique set of skills. Cultivate Kansas City fulfills the agriculture side, and Catholic Charities has a lot of access to grant programs and refugee knowledge about their customer base and selling produce. She said the program's location in Kansas City provides access to a lot of vacant land, which is held in the Land Bank, an organization at the county level that will sell the land to individuals and groups at a low rate. 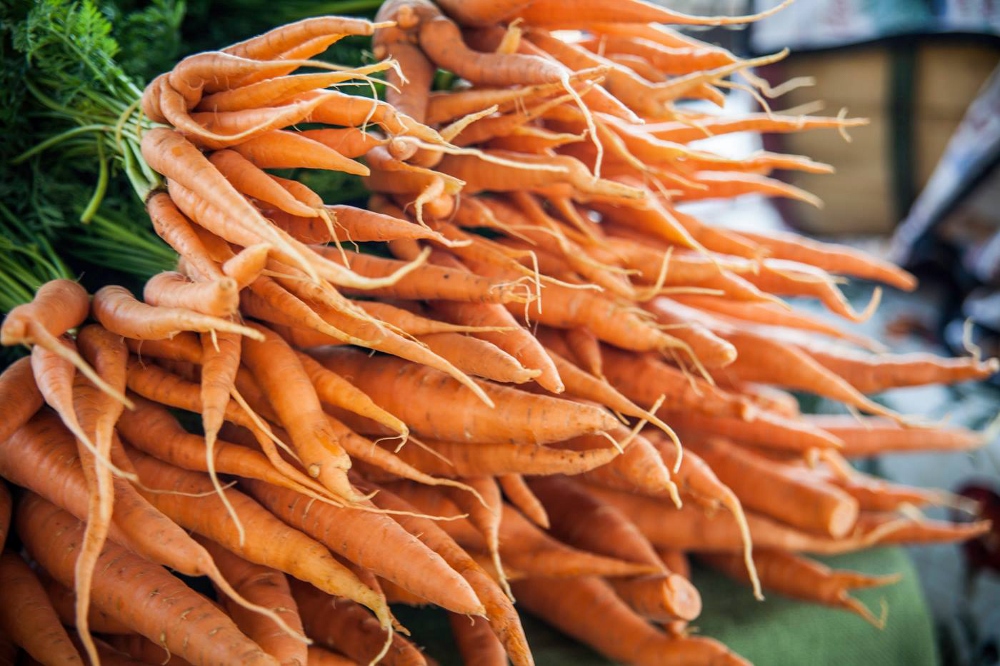 Each farmer is required to attend classes and training, put 30 percent of their earnings into savings for future expenses, and do field walks with the New Roots staff members every other week.

Catholic Charities Northeast Kansas has its own Community Supported Agriculture (CSA) program. Pollock said the organization wants to make sure the farmers get varying experiences in selling their product wholesale to grocery stores and restaurants, through CSA, and at farmers markets. Pollock also runs other programs for refugees, including refugee resettlement, an immigration clinic, a refugee learning center, and the Wyandotte County Emergency Assistance Center.

"Beh Paw is one of our most successful graduate farmers," Walrafen said.

August said Pollock and Catholic Charities helped her family out a lot in resettling.

"It's really hard to adopt to a new culture," she said. "Rachel has helped a lot. Her little girl's name is in our ethnic Karen language."

[Elizabeth A. Elliott is an NCR Bertelsen intern. Her email address is eelliott@ncronline.org.]