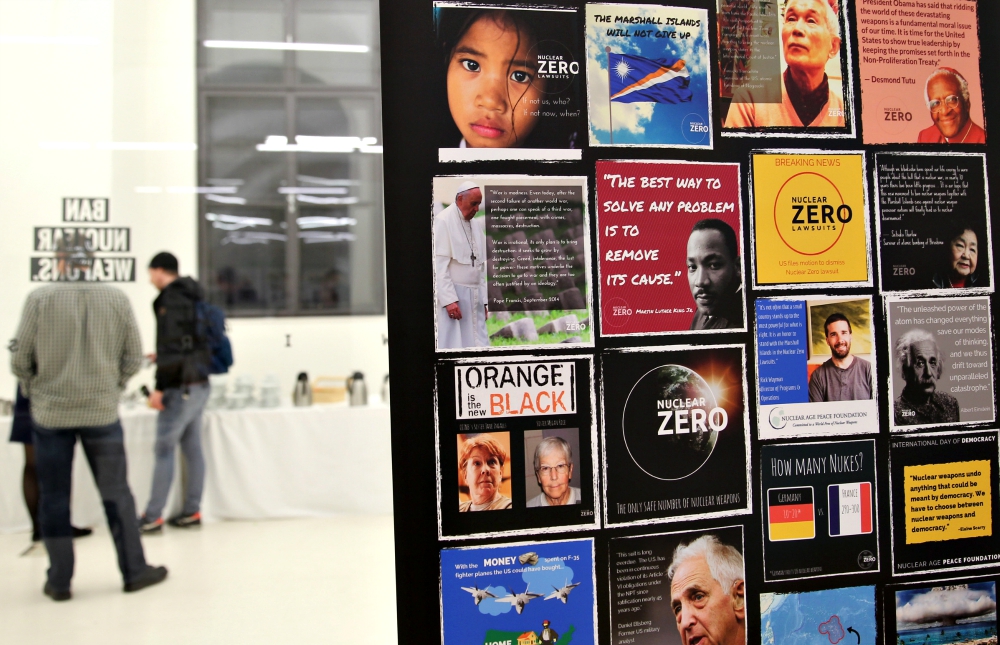 Participants talk at the International Campaign to Abolish Nuclear Weapons' Civil Society Forum in Vienna in December 2014. An image of Pope Francis was placed on a board with other leaders linked with peaceful movements. (CNS / Chaz Muth)

The Norwegian Nobel Committee has announced that the 2017 Nobel Peace Prize will be awarded to the International Campaign to Abolish Nuclear Weapons "for its work to draw attention to the catastrophic humanitarian consequences of any use of nuclear weapons and for its ground-breaking efforts to achieve a treaty-based prohibition of such weapons," according to an Oct. 6 press release by the prize committee.

The International Campaign to Abolish Nuclear Weapons is a Geneva-based coalition of hundreds of nongovernmental organizations from about 100 countries working to bring about nuclear disarmament.

This is the 98th Peace Prize awarded by the Norwegian Nobel Committee since its inaugural year of 1901. The official awarding of the prize takes place Dec. 10, the anniversary of Alfred Nobel's death, in Oslo, Norway.

The committee calls the organization "the leading civil society actor in the endeavor to achieve a prohibition of nuclear weapons under international law," citing its role in helping bring about the Treaty on the Prohibition of Nuclear Weapons at the United Nations.