US Catholic sisters plan participation in March For Our Lives

Read NCR's reporting from Washington, D.C., and around the country. 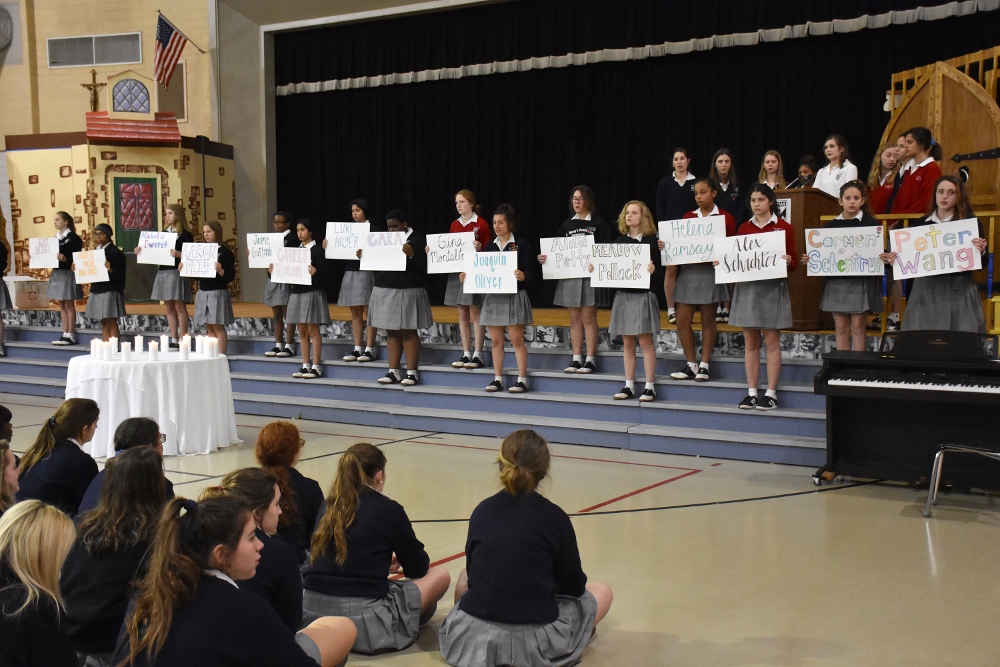 Thousands of people are expected to take part in the March For Our Lives event March 24 in Washington, D.C., and the more than 800 "sibling marches" planned worldwide. Hundreds of sisters will be among them.

The march is to demand that children be safe from gun violence in their schools.

"We have worked for years and years to support all sorts of efforts at much more comprehensive gun control at local and national levels and even internationally," said Eileen Harrington, a co-member of the Loretto Community and its mission activities coordinator. "But the problem of gun violence just continues to escalate."

Loretto sisters will participate in local marches, and Loretto volunteers will join the national march, she said.

Harrington said the community knows a march will not solve the problem of gun violence, just as their years of efforts — including supporting the international Arms Trade Treaty at the United Nations — have not seemed to have an effect. But she said that doesn't mean those efforts can stop.

And the community has another tool at its disposal: prayer.

"Several years ago, we really found ourselves at a loss for what else we could do beyond what we had been doing," Harrington said. "So we decided we needed to turn to prayer. We are, after all, a faith community."

At 9 a.m. on the first Monday of every month, the community — at the motherhouse, staff offices, Loretto-sponsored schools and everywhere Loretto community members live — stops and prays for an end to gun violence.

"Our community's mission is to work for justice and act for peace. Ending gun violence is one of our priority concerns," Harrington said in an email. "We remain resolute and hopeful that, as is the case with big change, something will shift in ways we could not predict or foresee, and we as a people will make progress. This is why we pray."

The Franciscan Sisters of Perpetual Adoration in La Crosse, Wisconsin, will participate in their local march and hold a private march at the convent for sisters and affiliates unable to participate in the public march. 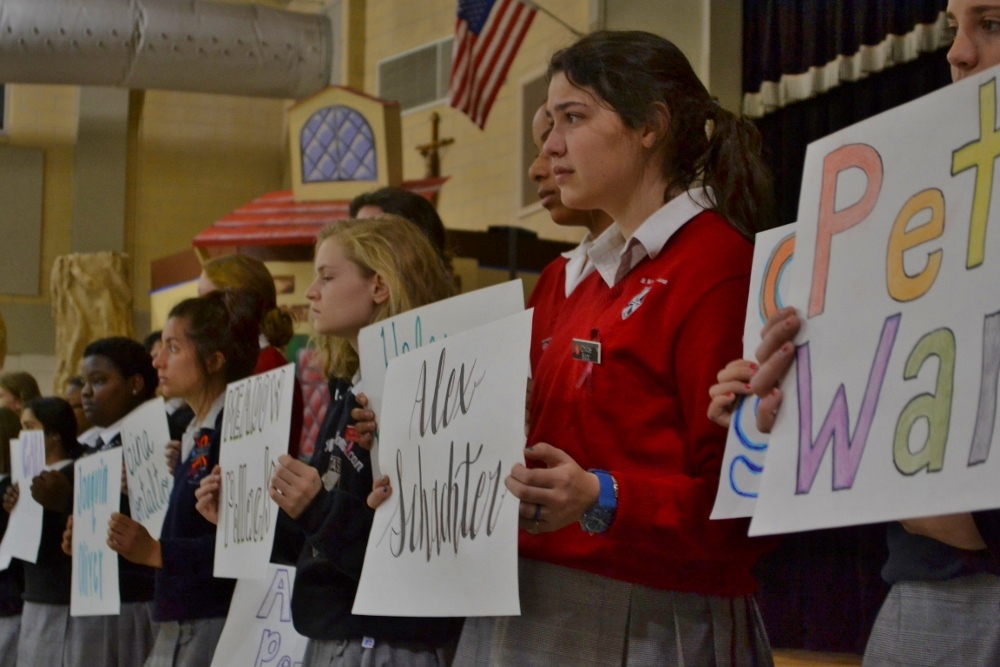 In addition, the community's Franciscan Spirituality Center will host its annual Good Friday Justice and Peace Stations of the Cross, which this year will include a stop at a middle school to pray for racial harmony and an end to gun violence.

The Dominican Sisters of Peace encouraged their schools to take part in the events, including the March 14 school walkouts. The community's social justice team created a guide to help the schools plan and publicize their events and shared the guide with other Dominican congregations across the county, spokesperson Dee Holleran said in an email.

The students and staff at the congregation's Our Lady of the Elms Middle School and Upper School in Akron, Ohio, prayed March 14 for the 17 students and staff who lost their lives Feb. 14 at Marjory Stoneman Douglas High School in Parkland, Florida, and were joined by sisters and associates in the Akron area.

A similar event was held at the St. Mary's Dominican High School in New Orleans, Holleran wrote, where 17 students carried handmade signs with the names of the victims, and a Hail Mary was recited after each name was read.

Hollaran said the majority of the congregation's sisters and associates will take part in whichever march is closest to them.

"We recognized in 2013 the importance of sensible gun safety legislation and concretized that belief with our Corporate Stance. Since that time close to 7,000 students have been killed in schools," Kane said in an email. "It's hard to understand why our legislators cannot pass legislation that would protect children and that the majority of Americans want enacted."

The Sisters of St. Joseph of Peace in Seattle will take part in the march there, but those in New Jersey who have a regional assembly scheduled for that date are showing their support by making a $500 donation to the march in Newark, New Jersey.

Gina Sullivan, director of communications for the Congregation of St. Joseph, said sisters will take part in the Washington, D.C., march, as well as those in Cleveland; Chicago; Detroit; Wichita, Kansas; New Orleans; Indianapolis; and Kalamazoo, Michigan.

The Leadership Conference of Women Religious issued a statement Feb. 23, calling the Feb. 14 shooting at a high school in Florida that left 17 dead and another 17 wounded "a horrible tragedy that has become all too familiar to students, teachers, and parents across the country."

The statement called for mandatory background checks and waiting periods for all gun purchases, banning civilian ownership of high-capacity weapons and magazines, and for gun trafficking to be a federal crime.

"Where is the outrage? Have we become immune to the horror? Why are elected officials unwilling to confront the epidemic of gun violence that is sweeping the nation? When will the killing stop?" the statement reads. "Prayers and condolences are not enough. The killing must stop. It is well past time that we enacted sensible gun violence prevention legislation. This is not about protecting the second amendment. It is about protecting the most precious resource we have, the gift of life."

The organization, which represents about 80 percent of the sisters in the United States, urged members to participate in the March 24 events in solidarity with the students of Parkland, who have called for an end to gun violence.

"We will walk with you as together we seek to put an end to violence and follow the path of peace," the statement said. "In this Lenten season as we recall the life Jesus, the Christ, let us pray for the grace to embrace his way of nonviolence and let us never doubt that the deep darkness of these days will be overcome by the radiant light of our lives and actions lived in love."

Ministry | US Catholic sisters plan participation in March For Our Lives