Carlos Ricardo Martinez, 88, is lives at Santovenia home for the aged. After 17 years tending its extensive gardens, he jokingly criticizes the food, saying it was much better when he grew it. But Martinez is going blind, and with other health problems, he is happy to be ending his days amid warmth and care.

Despite the difficulties of geriatric nursing, Santovenia is softened by the love of  11 Hermanitas de los Ancianos Desamparados (Little Sisters of the Abandoned Elderly)  and the 130 lay professionals who care for 380 homeless and destitute men and women in the beat-up and worn Cuban capital. They also feed and do laundry for another 140 elderly people who visit daily.

“We don’t see the problems because of our spiritual life,” said Sr. Maria Concepción Sánchez Patiño, who was in charge the day I visited. Each time she entered a room there was a ripple of affection and appreciation from the residents.

Hermanitas de los Ancianos Desamparados was founded in Spain in 1873 to give homeless elderly women spiritual and corporal support. The first 10 sisters came to Cuba in 1885, and the order now has 204 homes scattered over 19 countries.

“It’s a tough job, but we manage because there is a good relationship between the nurses, sisters and the patients,” said Gracia Questa, a nurse on Santovenia’s male ward.

Residents are divided by gender, and by their ability to move or climb stairs. Those suffering from dementia are in a comfortable, secured wing.

Everything is spotless, smells fresh. Most sleep in three-bedded wards and share a bathroom with two other rooms. There are 12 studios for married couples with a separate dining room.

The food, for which Sánchez Patiño is responsible along with the home’s budget, smelled better than any meal I had during my 10 days in Cuba. It was chicken in tomato sauce, with sweet potatoes and beans and rice, followed by homegrown mangoes – I was glad it wasn’t the stout pig that was being shepherded towards the kitchen.

Anna Hernández, Ramón Borroto and their little dog, who have been at Santovenia for five years, are full of praise. “We lived in an old house, with 11 bedrooms, but it was crumbling. We had no money for repairs, and we were in poor health. One night a big beam crashed down on our bed: it was a miracle that we were not killed,” Hernández said. “After that I used to inspect the roof every night with my flashlight: now we are safe and cared for.”

When Fidel Castro came to power in 1959, he gave houses to people who needed them, irrespective of income. Consequently there are derelict houses even in the best suburbs. Most houses are divided into apartments, home to three or four generations. I saw no signs of new homes being built, though several are being restored.

“Ours is a mixed culture, and Cubans have adopted the African tradition of respecting their elders,” said Sr. Jalisco y Guanajuato, a Mexican sister who has been in Havana for two years.

Santovenia’s residents, most of whom are Catholic – although this is not a requirement – come from the community and are partly supported by the government. Currently there are 25 names on the waiting list. All Cubans receive an old-age pension of 250 to 500 domestic pesos (U.S. $6-10) plus free medical care and a ration card for access to basic necessities.

“We receive about 70 percent of their pensions: otherwise our money comes from the church,” Sánchez Patiño said.

A doctor visits Santovenia daily, and different specialists come each week. The home has an in-house physiotherapy department with three physiotherapists, one of whom is blind and good at massage, a fully equipped and staffed laboratory for routine tests, an X-ray department and a dentist – all supported by the government.

It has a popular library and a visiting sports trainer who prepares residents for an annual Santovenia olympic-style games in September, when they compete in wheelchairs, at tables and on their own two feet for medals and for fun.

Residents are entertained with Cuban music, poetry, dance and theatre. And they are encouraged to help where they can, particularly in the massive laundry that deals with 200 sheets a day, as well as everyone’s washing, including that of the 140 daily visitors.

Guanajuato says that the Mexican sisters have learned from the Cubans to find a way.

“This work is not a choice for young people: you must find the presence of God in your life to take this step. It is easier to look after children who do not grow worse.”

Girls come to Santovenia, asking about joining the congregation.

“We give them an orientation, but if they want to join they need to go to Spain or Mexico,” Sánchez Patiño said.

At present there are two noviates in Mexico, one older and one younger, but no one has inquired for a while.

“From the social point of view, this is a difficult one. Looking after the elderly, washing and feeding them, is not easy.”

Another model of care

The Catholic Comunidad de Sant’Egidio (Community of Sant'Egidio) adopts a different approach, reaching out to young and old in need and encouraging them to support each other.

Founded in Rome in 1968 by a group of high school students led by Andrea Riccardi, it is a Christian community with 50,000 members in more than 70 countries. Service to the poor, which is free and unpaid, is one of its key activities. Members form friendships between the youngest and oldest on the street, in prison, among the mentally disabled.

In 1992 the community in Rome donated surgical equipment to Rolando José Garrido Garcia, a Cuban surgeon. He was inspired, to start a Sant’Egidio community and joined by Innaris Suárez Candenas, a civil engineer, they established services, meetings and classes at their center.

Today 200 volunteers work from a handsome, renovated building in Old Havana made available by Eusebio Leal and refurbished by the Conference of Italian Bishops.

“Many found solutions by leaving the country but we found them within Cuba,” Candenas said. “Knowing the Gospel is to be rich.”

Cuba’s population is among the oldest in Latin America, a reflection of factors such as a longer life expectancy, a falling birthrate, economic hardship and emigration.

“Most children have grandparents – many are brought up by them because their mothers have to work,’’ Candenas said. “When the generations don’t live together, loneliness is the greatest problem for the elderly. We do well in Cuba, but lack of respect for the elderly is a global problem.

“They feel they are in an aggressive world,” Candenas continued. “We sometimes hear: ‘They want my house. They want to poison me. I’m good for nothing and on my way to death.’”

Caring for older relatives can strain families, especially if quarters are crowded and family members are working two or more jobs to make ends meet. If someone can’t afford to feed a child, do they resent feeding a grandmother?

My translator, for example, has a post-graduate degree in languages and makes a good living as a tourist guide. He cares for his stepfather’s brother, mentally challenged, bedridden and unable to speak. Caring for him is a burden on his much-loved wife – but he cannot find a place where he can pay to have him looked after.

The Community of Sant’Egidio encourages teenagers to help the elderly, first in their own homes and then in their neighborhood. Many prepare meals for them on Sundays and spend time talking to them and listening to their stories.

“We have a saying: When an old person dies, we lose a library,’ Candenas said, “and the children know this.”

They also celebrate old people’s birthdays and are often there as someone nears death.

“While teenagers thought the last goodbye would be sad, knowing that they had helped that person made it easier,” Candenas said “And for the dying, she or he  knows there would be a funeral, not merely a quick trip to the cemetery, because there is someone left to care about them.”

“The Community de Sant’Egidio, in line with Pope Francis’s message to go to the outskirts to spread the Word, shares bread every Friday with someone, usually elderly, they find on the street,’’ Candenas said. “Many others join us to share the bread with Cuba’s homeless.”

[Jill Day is a contributing writer and editor for GSR based in Harare, Zimbabwe.] 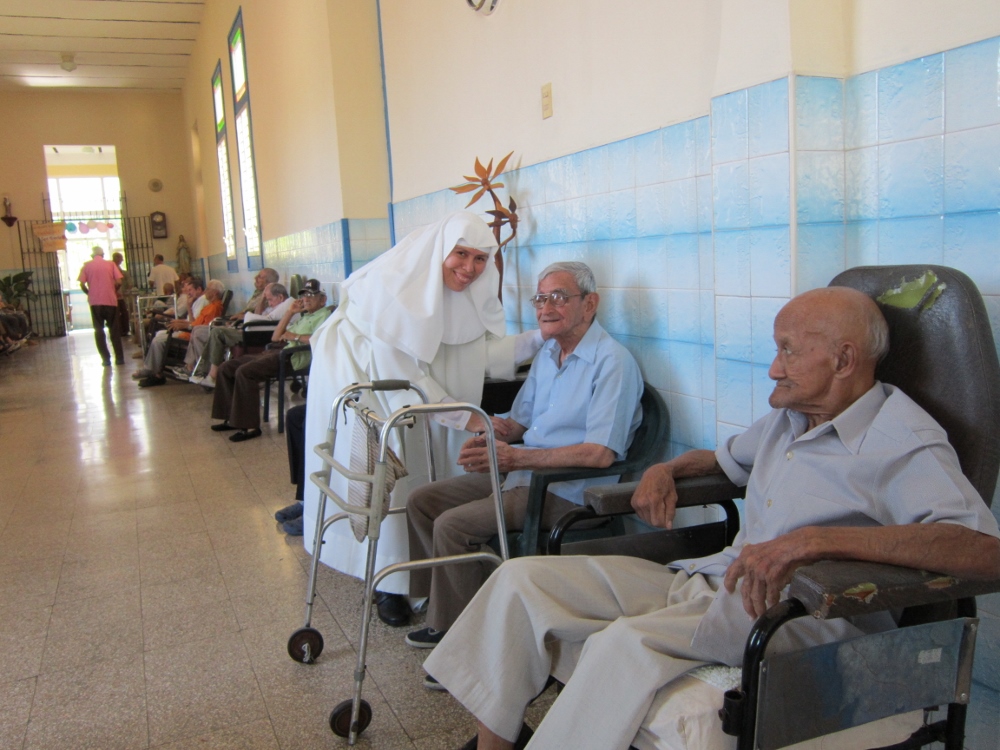 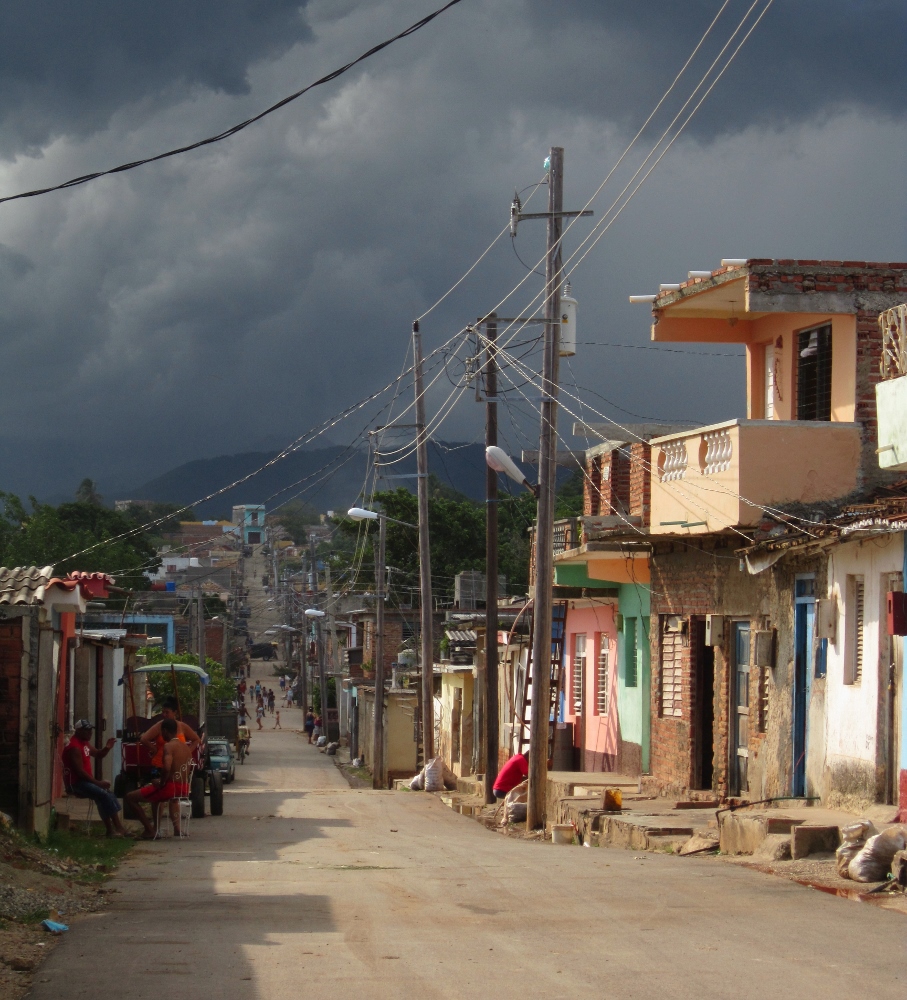 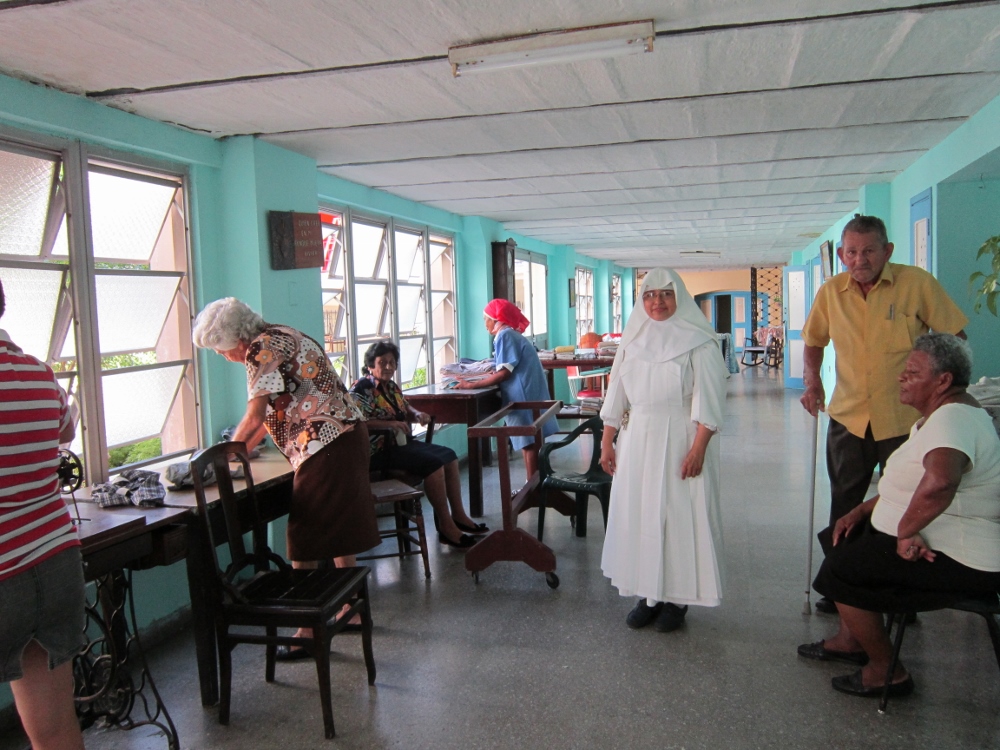 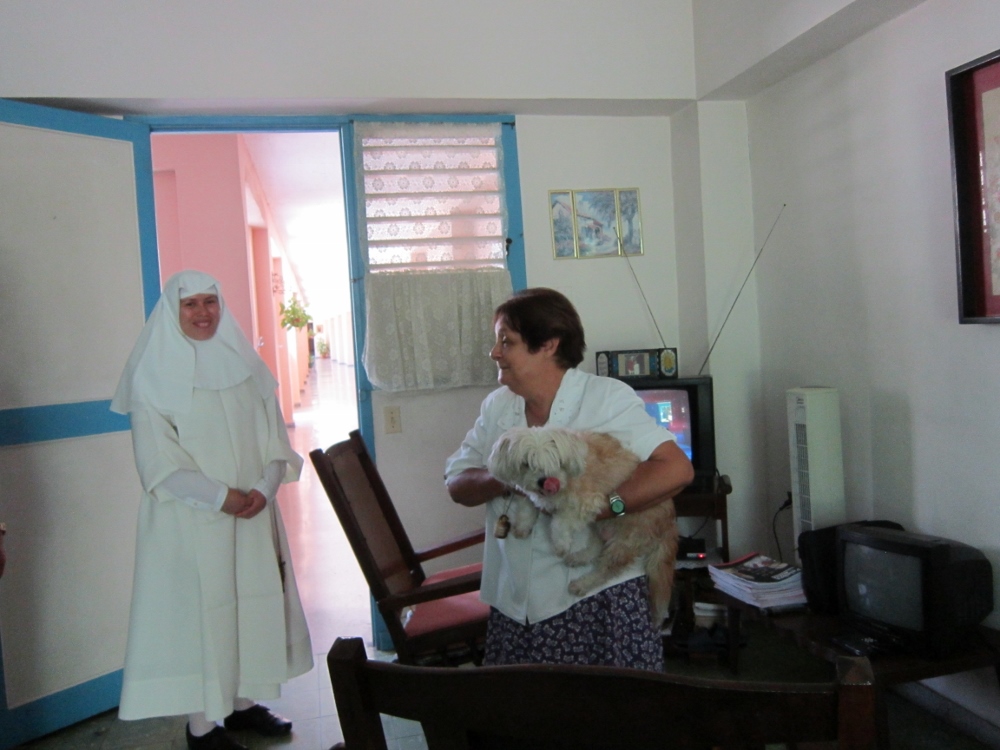 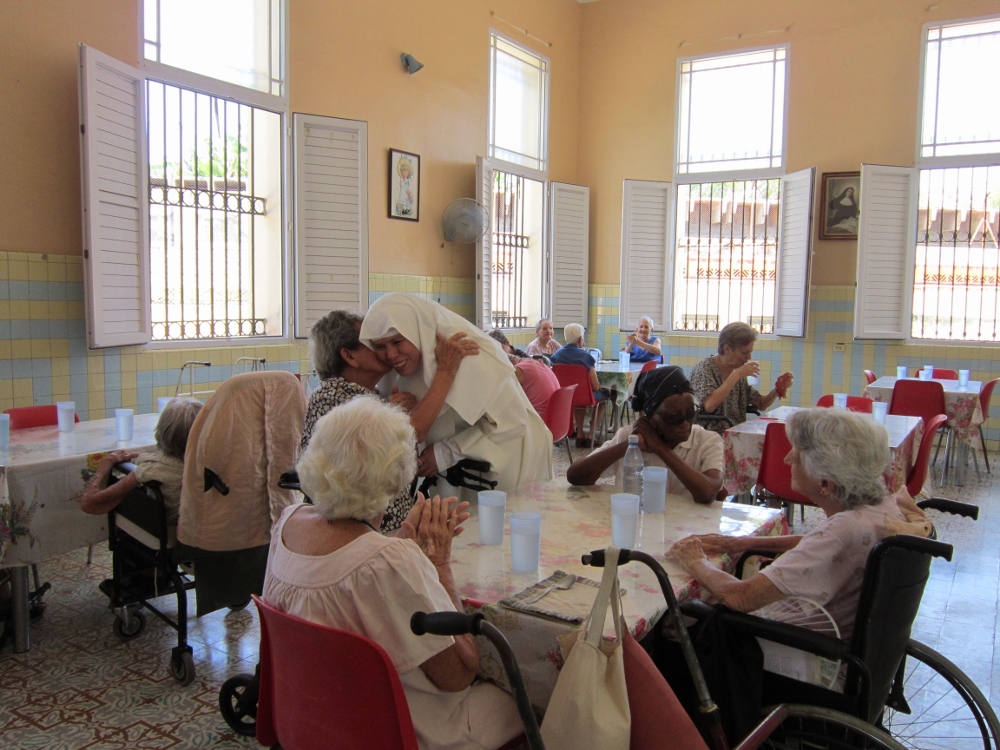 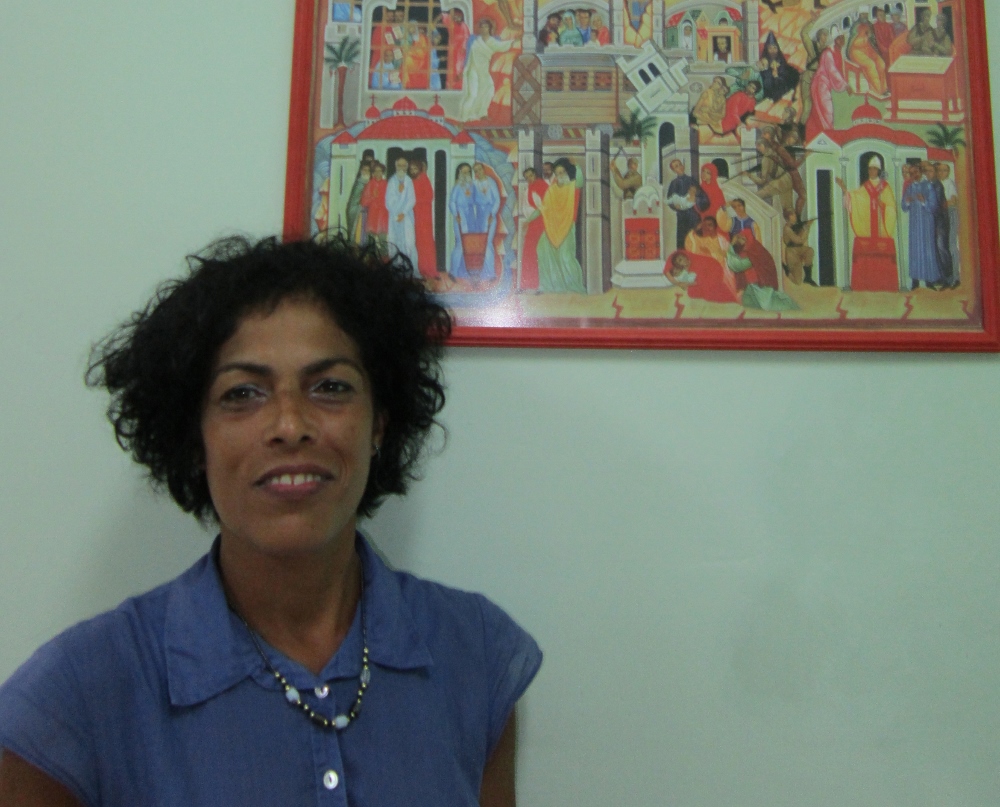 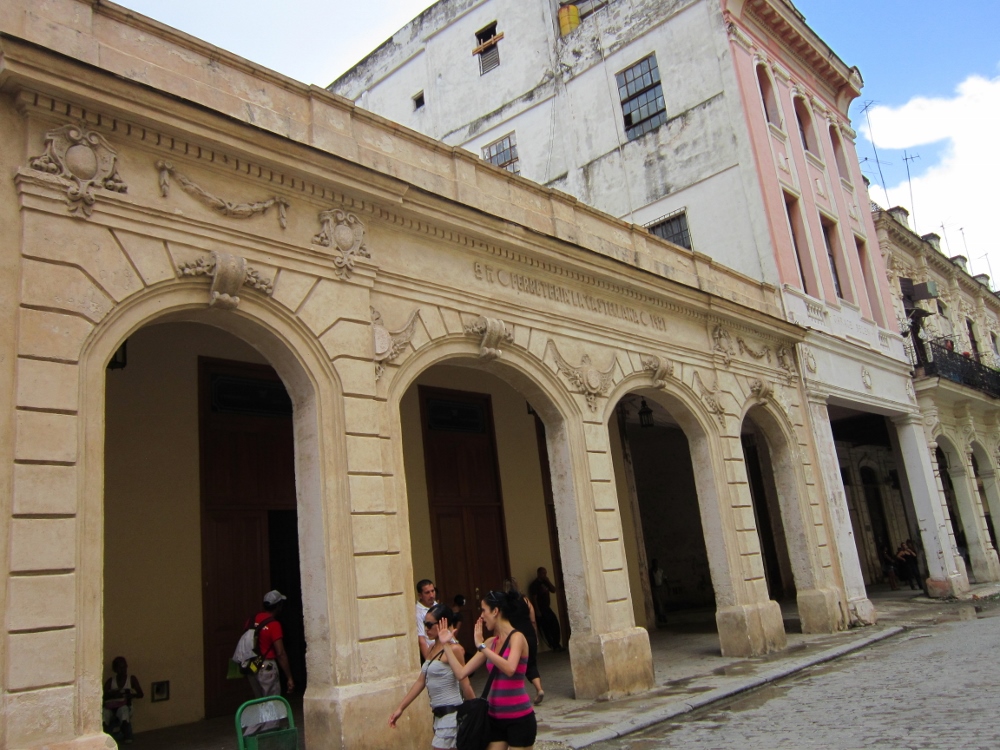 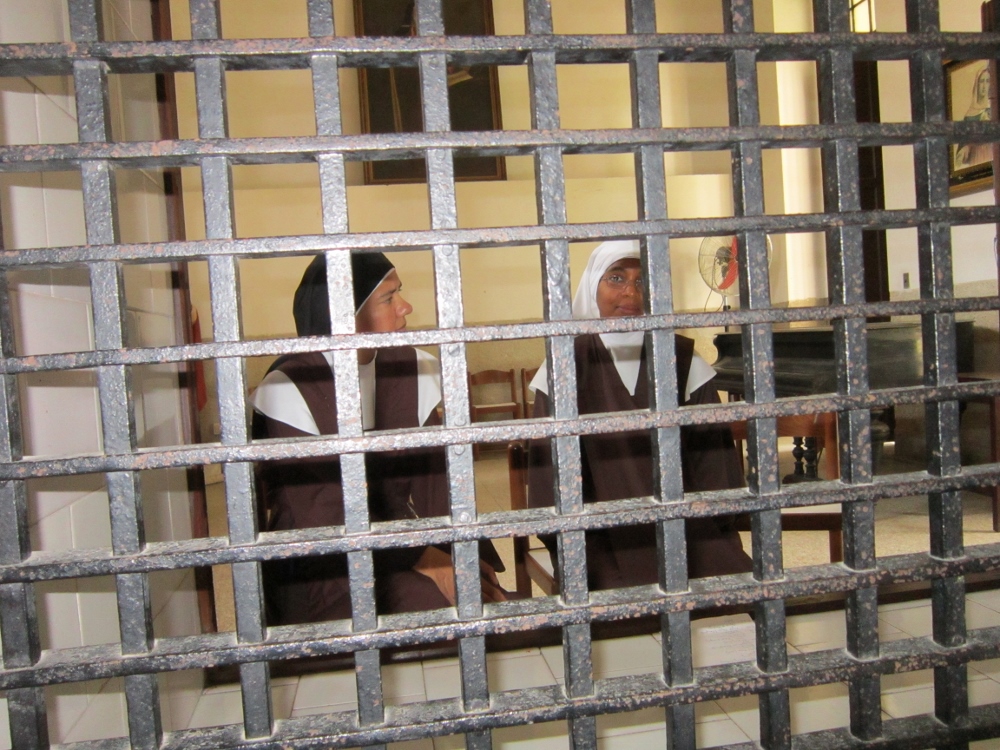 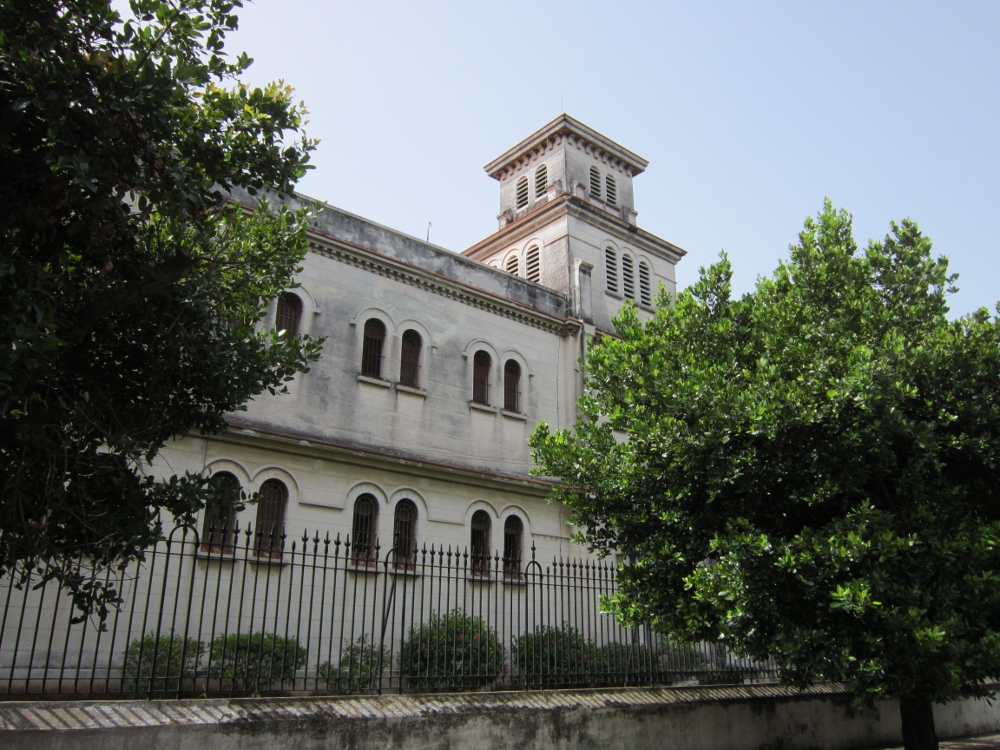 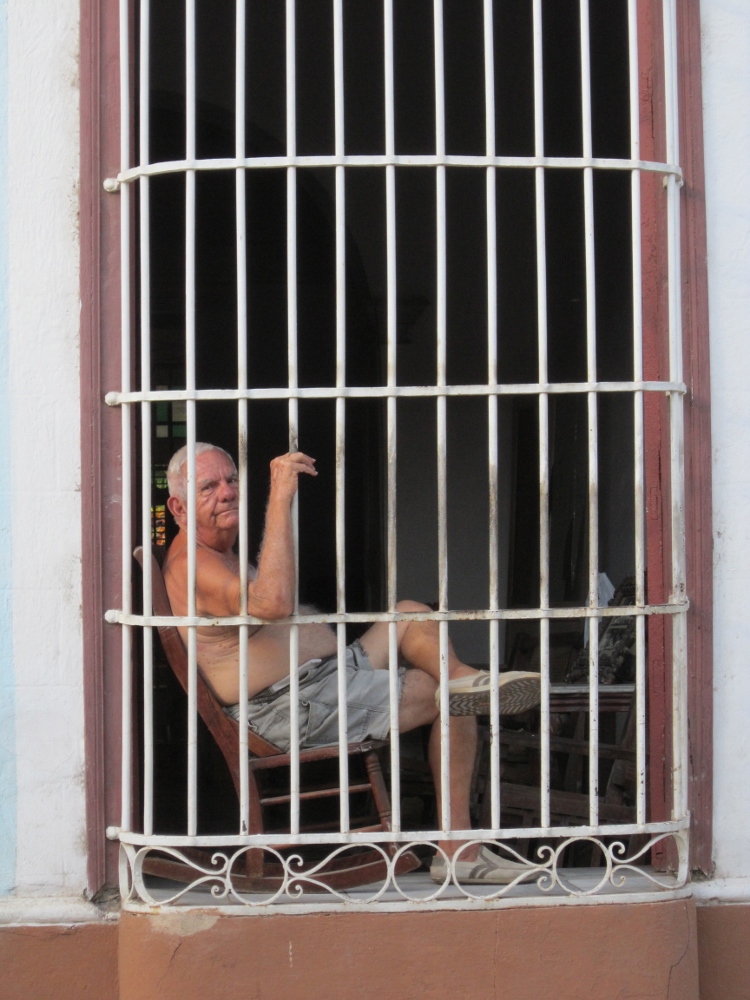 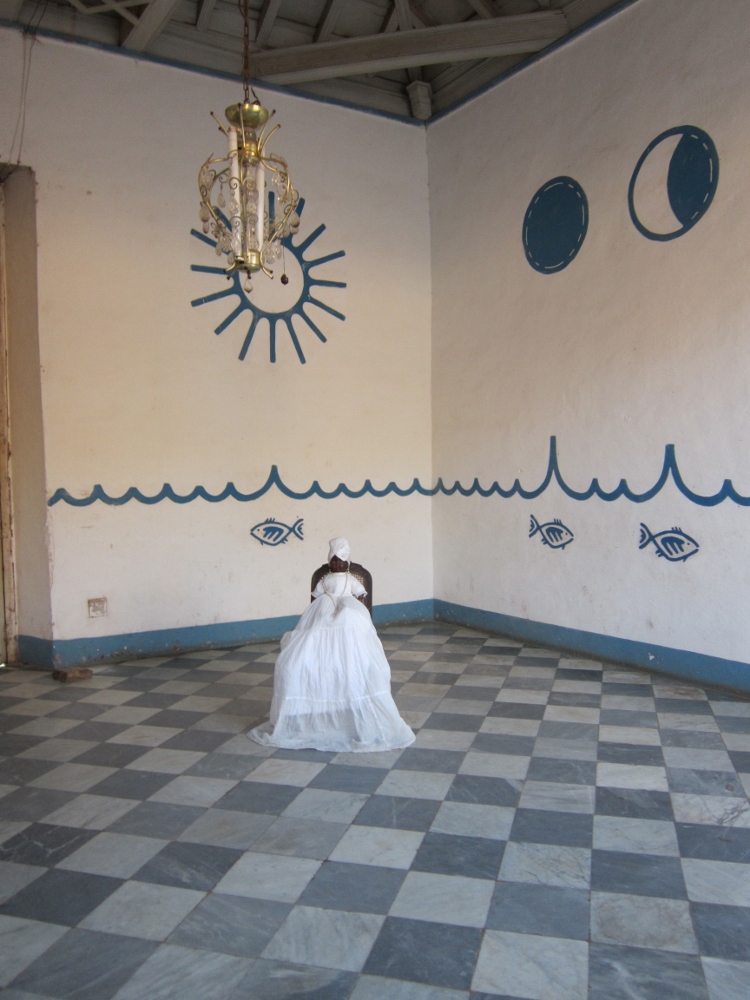 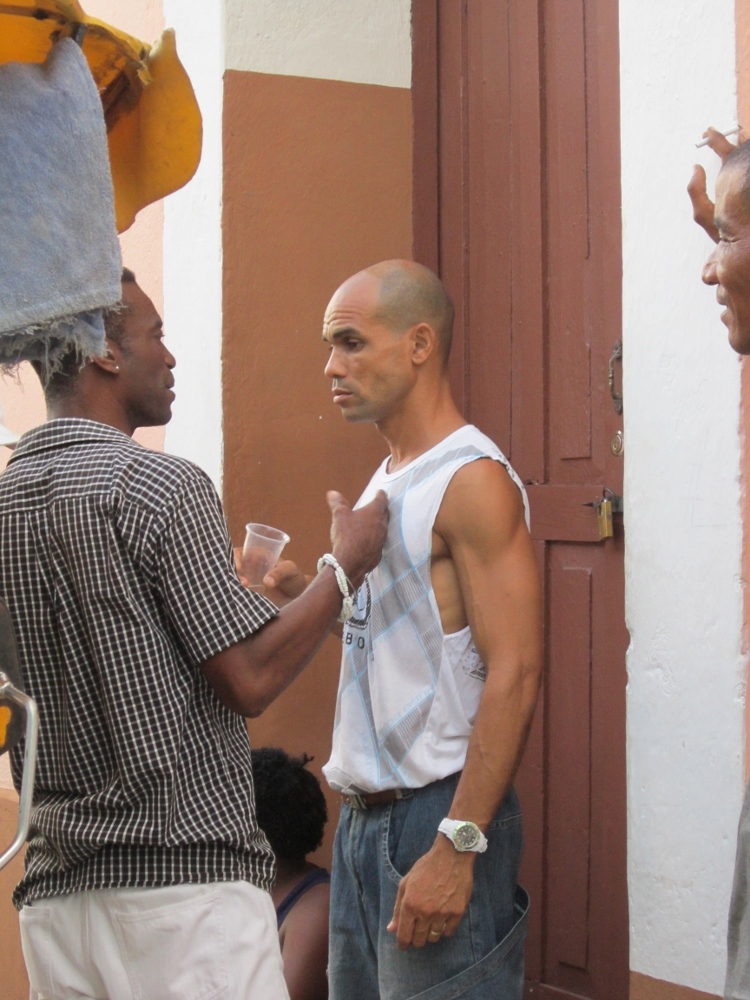 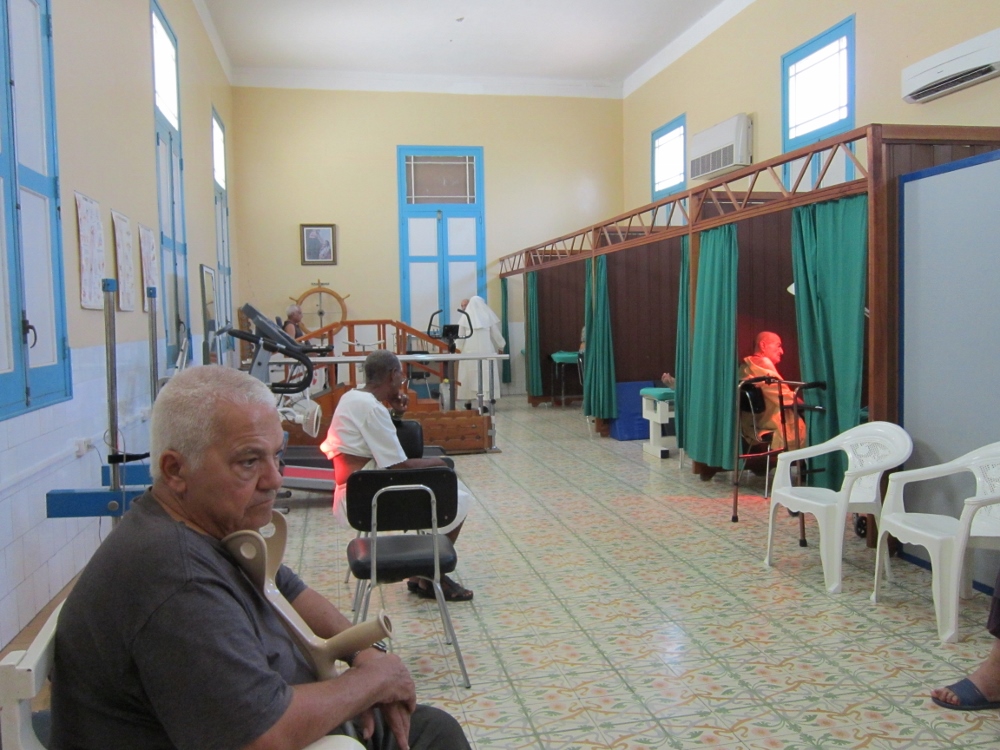 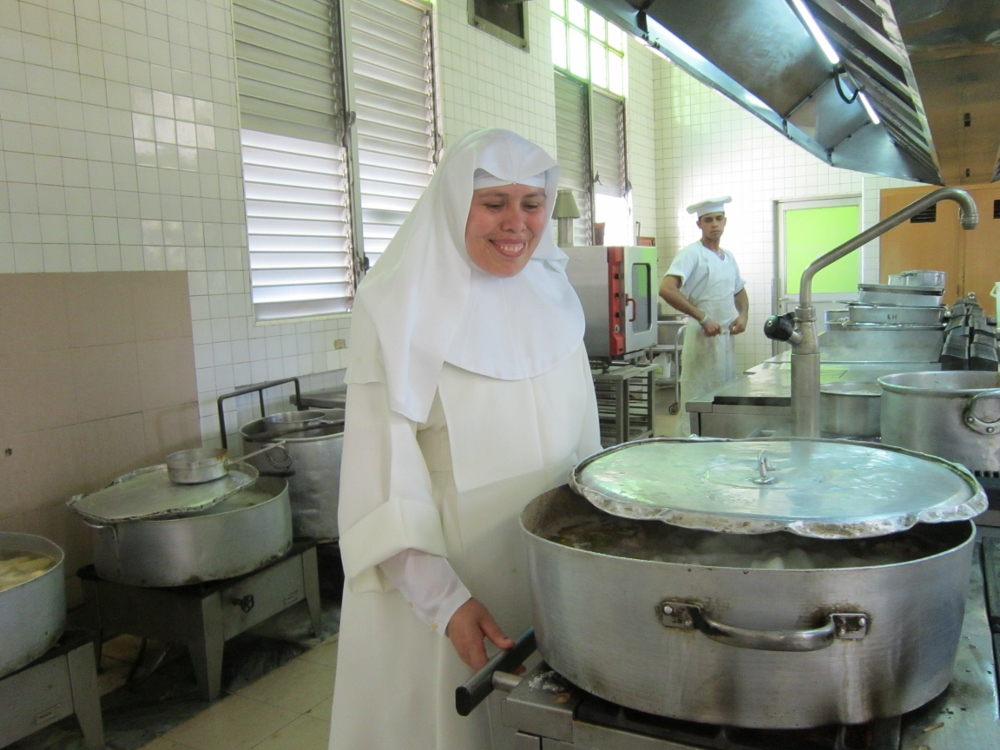 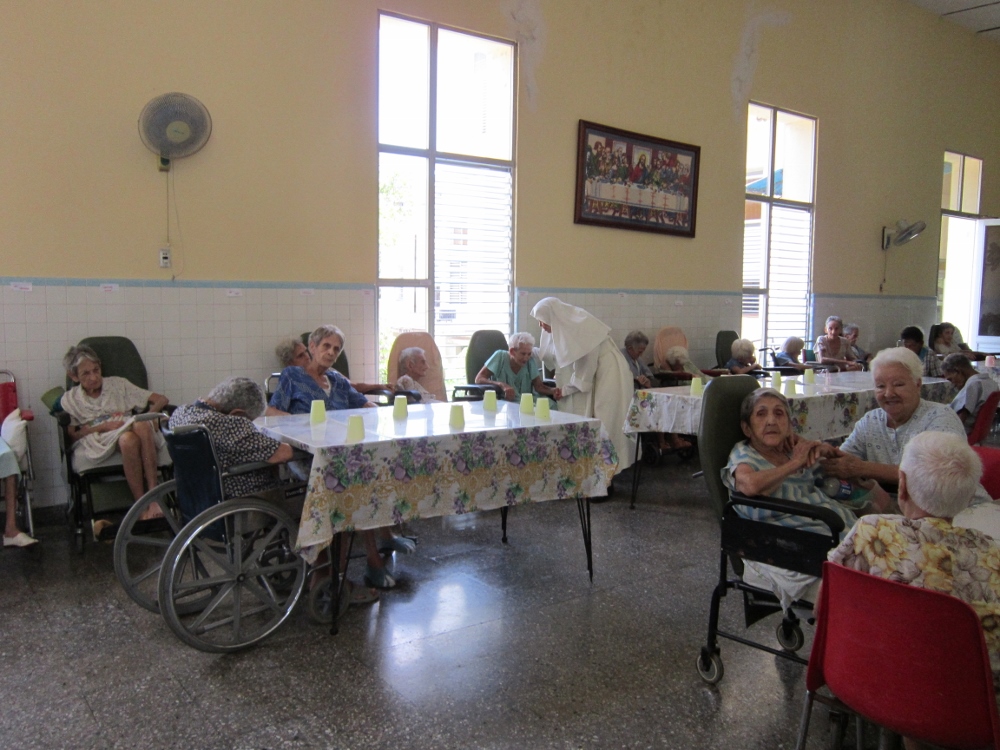