Benedictine Sr. Joan Chittister began her talk to the NCR 50th anniversary conference in typical Chittister style: With a quote from French philosopher Albert Camus, a quote from English poet John Dryden and joke about a duck who walks into an Irish pub.

She got the near capacity crowd in Lund Auditorium on Dominican University, just outside Chicago, roaring with laughter with the line “You got any grapes?” but she also roused the audience at the NCR conference with a fiery challenge: to be impudent, to be bold and to be courageous in the pursuit of peace, justice and equality.

Watch a video and read a transcript of her full speech at National Catholic Reporter. 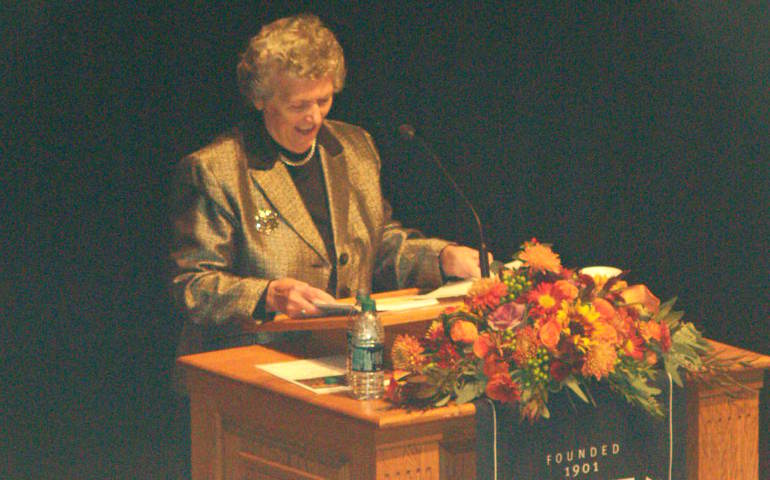