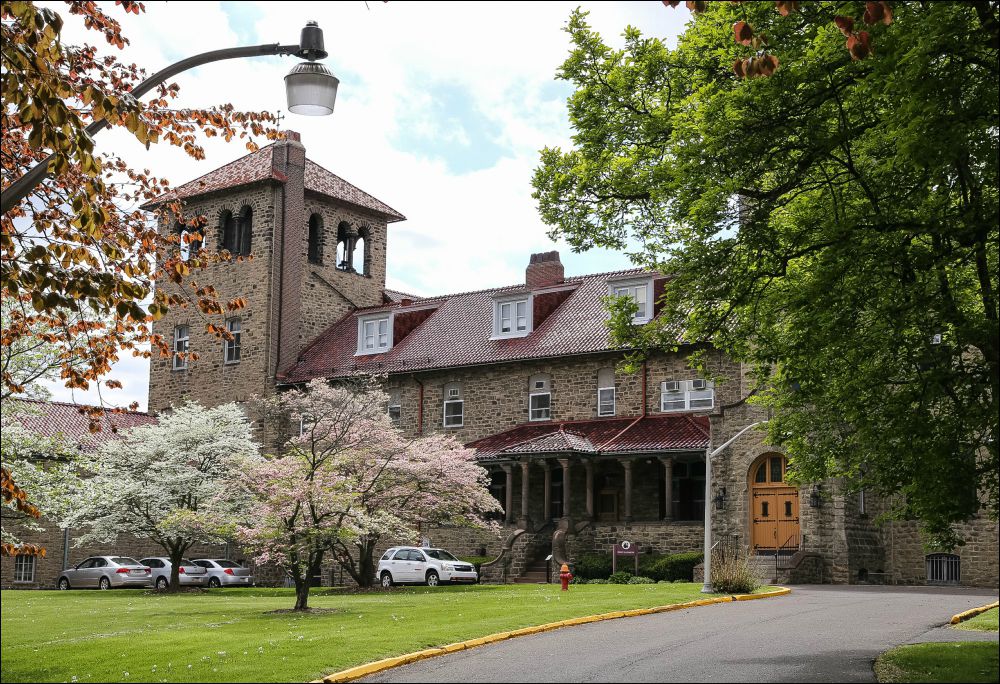 The Sisters of the Blessed Sacrament, the order begun by St. Katharine Drexel 127 years ago, may have found a buyer for its 44-acre motherhouse property outside Philadelphia.

The community announced Jan. 11 that it had entered into an agreement with a developer from the area, Aquinas Realty Partners, for the firm to explore a purchase of the property and its 10 buildings. That process, in which Aquinas will study the feasibility of creating a residential community for people over the age of 55, could take up to two years.

"It is with confidence we chose Aquinas Realty Partners from the field of interested candidates," said Sr. Donna Breslin, president of the Sisters of the Blessed Sacrament, in a written statement. "Effective immediately, the Sisters of the Blessed Sacrament have authorized Leonard Poncia and his team at Aquinas Realty to proceed with its due diligence."

Rather than simply listing the property for sale, the sisters put out a request for proposals, inviting interested parties to suggest different plans for the historical property. That allowed the sisters to choose a purchaser based on how the land and buildings would be used and then negotiate a price rather than choosing the highest bidder.

Drexel formed the Sisters of the Blessed Sacrament in 1891 and immediately built a motherhouse in Bensalem, Pennsylvania, just outside Philadelphia. Drexel was a wealthy heiress who used her fortune to fund the order and its missions to Native Americans and African-Americans.

"In May of 2016, we announced our intention to sell our most treasured asset directly tied to Saint Katharine Drexel, who purchased the land and oversaw the building of the structures," Breslin said in the statement. "We did so with a heavy heart and a clear assessment of our community's situation. … As the number of our Sisters continues to decrease, we remain determined to preserve the spirit of Saint Katharine's legacy by finding the right buyer."

The national shrine of St. Katharine Drexel, which is on the campus, closed Dec. 31. Drexel's remains will be reinterred in the Cathedral Basilica of Saints Peter and Paul in Philadelphia. An altar in the basilica is already dedicated to Drexel.

At its peak, there were more than 600 Sisters of the Blessed Sacrament; today, there are about 100, more than half of whom are retired. Sheila King, spokesperson for the congregation, said the approximately four dozen sisters who lived in the motherhouse have moved to a senior living facility. Some of the congregation's archives will be entrusted to the Archdiocese of Philadelphia.

The community is also selling a 2,200-acre tract along the James River near Richmond, Virginia, which once housed two schools.

The funds from the eventual sale will pay for the order's missions across the United States and in Jamaica and Haiti.

"We also will use proceeds from the sales to challenge, in new ways, all forms of racism as well as the other deeply rooted injustices in the world," Breslin said in a statement when the request for proposals was announced. "A portion of the proceeds will support the care of our retired Sisters."