Advent is a time of waiting. It is a time when Christians throughout the world remember that the hope Jesus brought us for a world marked by love, forgiveness, unity and equality is being fulfilled but is not yet.

Advent is a time to create the space to enter more deeply our heart and our soul space to attune ourselves to the manifestations of God throughout the universe and in our everyday lives. It is an openness to wonder how God is revealing God's self to us today.

It may be helpful to remember that we don't always know where to look for God. A good lesson related to this is found in 1 Kings 19:11-14. It is the account of Elijah going out on the mountainside to await Yahweh.

Mighty, powerful, loud and dramatic were not the manifestations of God. No — it was the sound of a gentle breeze.

I found myself drawn to this as I allowed myself to sink into the empty space of waiting. For the world doesn't look unified, loving, forgiving, or embracing of equality to me.

I began to ponder: Where do I see the hope that is Jesus' message? Where do I find God manifesting God's self in the world today? I invite you to join me in this contemplative reflection as I ponder: Is that God's presence?

In the last few months, more and more accusations are being made by women who had powerful men make unwanted sexual advances toward them when they were younger. The women's stories, tears, and excruciating memories are awakening in us a new level of intolerance toward sexual behaviors that men have taken for granted for way too long.

Is God present in those women's stories and their courage?

Over 800,000 Dreamers — a name commonly given to recipients of the Deferred Action for Childhood Arrivals, or DACA, program — share their stories of working two or three jobs while they go to school in hopes of getting jobs and contributing to our country. Yet their dreams are in jeopardy.

Is God present in their dreams and their hopes?

After Hurricane Maria, many in Puerto Rico continue to be without power, but in some areas, those who have generators offer to share access with their neighbors.

Is God present in that shared energy?

Three Catholic lesbian/queer women are calling for a new conversation in the church about issues of sexuality. They want to begin with human-to-human, Catholic-to-Catholic conversations about sexuality, not just homosexuality.

Is God present in the hoped-for conversation about love and sexuality born in the experience of rejected and misunderstood love?

Whenever I drive by a certain corner in Detroit, I see the same man sitting or standing at the corner with his sign, which says he is unemployed, in need of money and willing to work.

Is God present in the desperation that moves people to beg?

Football players have been protesting police brutality and racial inequality by taking a knee during the national anthem in hopes of bringing attention to the racism in our country.

Is God present in the desire of these men to raise the consciousness of us all?

Earth is growing warmer. Species are going extinct. Natural resources are being polluted.

Is God present in the cries of our Earth home?

Our country's political divisions continue to pull us apart.

Is God present in that opened-up chasm beneath us, revealing our shadow so it can be addressed and healed?

The Hebrew people awaited a king, a savior, and they found a mother and father with a newborn infant.

Were they able to see God present in that birth?

As Elijah experienced, God is not always where God is expected. We need to take a long, loving look to see what is beyond our usual sight. May this season of Advent provide the time and the wide-open eyes to be attentive to God's presence in spaces and places and people we may have never thought possible. 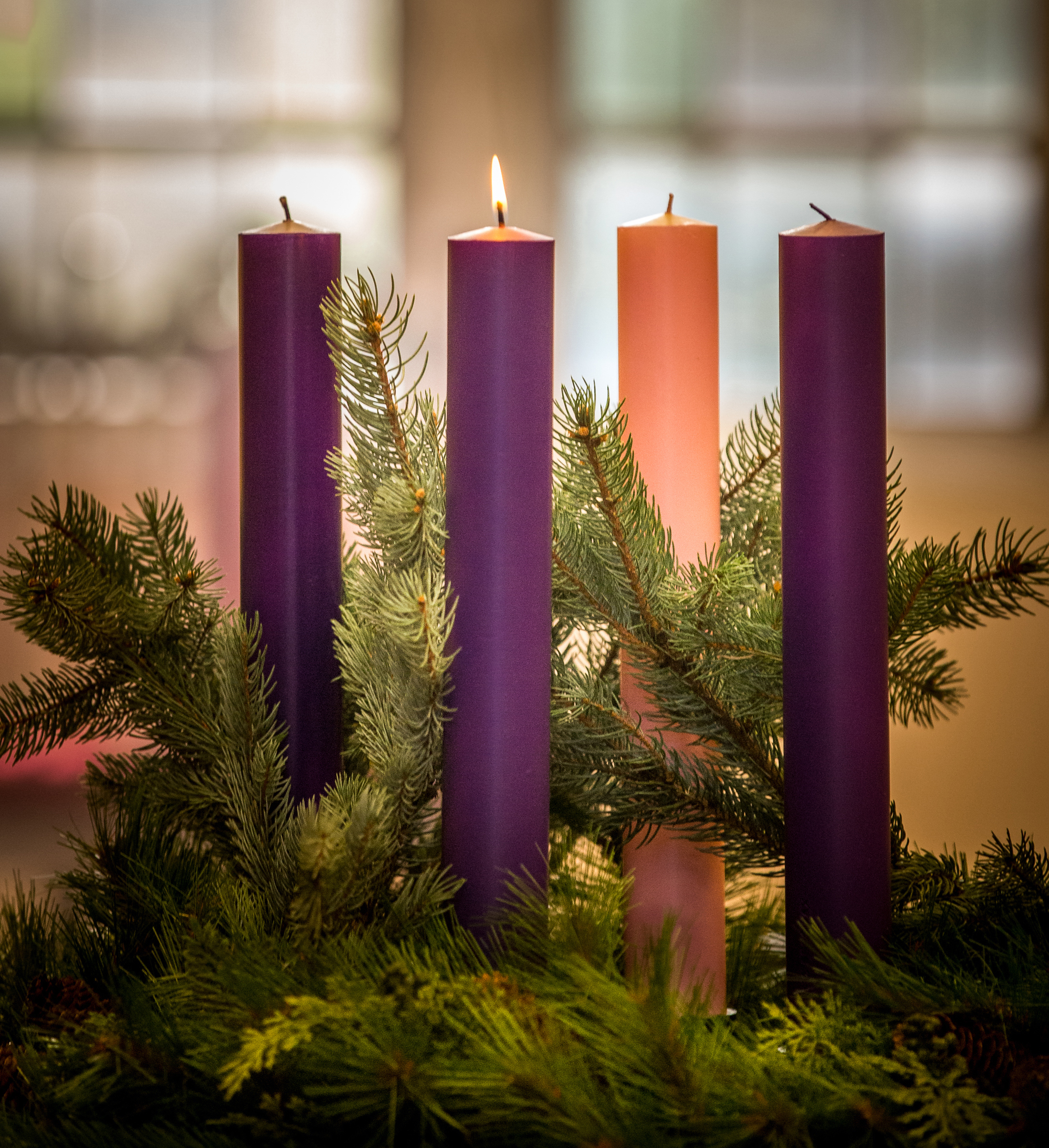