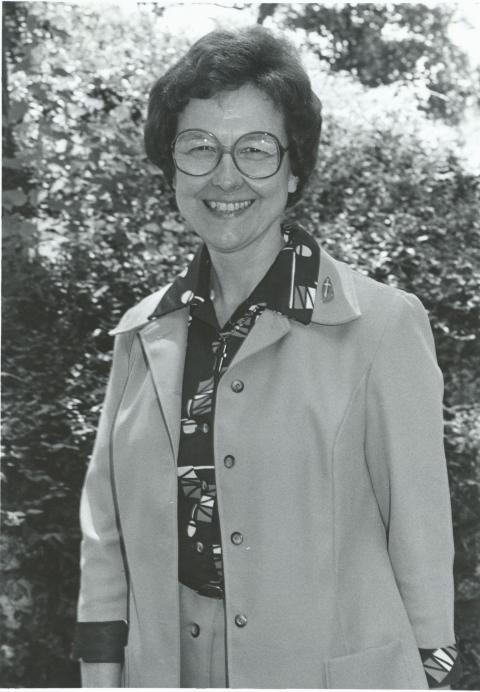 (Courtesy of the Franciscan Sisters of Mary)

Reinkemeyer left on a temporary sabbatical to Kenya in 1982 and volunteered at the Institute for Cultural Affairs in Kenya she put her experience in medical care and education to train health workers in villages. Her passion to elevate health standards and provide pastoral services in indigenous communities inspired her to start the Wema Ministry in a coastal town near Malindi, Kenya by 1983. The mission was closed shortly after Reinkemeyer's death.

She was killed on July 12, 1989, while praying at the convent’s chapel after bandits broke into the mission in search of money and valuables. She was shot and died of a gunshot wound to the head. She was 65.

Reinkemeyer is remembered for her brilliant career as an innovative leader in nursing education, her numerous published works on the profession (The American Journal of Nursing, 72(10), p. 1802), and her contribution to charitable organizations. She served as an honored member of the American Nurses Association. The Annual Reinkemeyer Research Day continues her dedication to the development of nursing science, practice, and education.