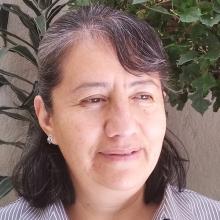 Blanca Alicia Sánchez Olvera is a sister of the Verbum Dei Missionary Fraternity in Mexico City. She received early formation and education in Guadalajara, Mexico, a licentiate in Rome, and other courses in the Philippines, Portugal, Mexico and London. A teacher of dogmatic theology and a spiritual director, she has worked in vocations, retreats and novitiate formation. She was a formator in the International Centre of Missionary formation in Spain and in novitiates in the Isle of Wight (the United Kingdom) and Cebu (the Philippines).