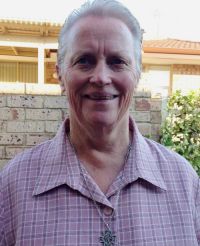 Frances Hayes is a Presentation Sister living in Samson, Western Australia. With an academic background in education and history, she moved from primary education to religious education to administration in Australia, and later became the English writer at the Apostolic Nunciature in Bangkok from 1995 to 2000. She then returned to Australia to minister as a support worker in aged care, a volunteer teaching assistant with refugee women and children, and a volunteer in an organization that builds connections with homeless and vulnerable people.

Dorothea Mackellar's words assure me Australia will always be my home, but there is an opportunity for me to temporarily call another place home. The next phase of my journey will take me to Thailand to teach English.

Our mission community in Thailand serves 21 villages through many ministries. Though COVID-19 lockdowns have restricted some work, sisters have used extra time to plan for the future development of the people they serve.

Ascension: And a little child shall lead me

We are in this together. It will end. Maybe we are still in Easter Saturday, waiting for the new day to dawn when we can again go out, unite with our loved ones and live as before. But it will not be as before.

Reflecting on the changes we are all making, I am reminded that God didn't send the virus, but as in all things, can use it to bring about change.