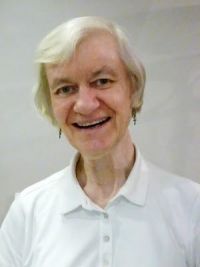 Maryknoll Sr. Helen Graham, a native of Brooklyn, New York, has lived in the Philippines for 50 years. At the Institute of Formation and Religious Studies in Quezon City she teaches Sacred Scripture and mentors students from across Asia, Africa and even Latin America. Graham was instrumental during Ferdinand Marcos' martial law years in bringing the stories of those who were imprisoned and tortured to the world. She was a founding member of the Task Force Detainees of the Philippines in 1974, wrote for Amnesty International and spoke to U.S. officials who were visiting the Philippines.