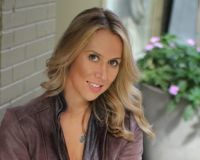 Jo Piazza is an award-winning journalist and the author of several book, including the critically acclaimed, If Nuns Ruled the World: Ten Sisters on a Mission. She is a regular contributor to the Wall Street Journal, and her work has appeared in The New York Times, New York magazine, Glamour, Gotham, the Daily Beast and Slate. She has also appeared as a commentator on CNN, Fox News, MSNBC, and NPR. Piazza holds an undergraduate degree in economics from the University of Pennsylvania, a master’s in journalism from Columbia University and a master’s in religious studies from New York University. She lives in New York City with her giant dog.

When Nuns Rule - “What would you do, Jo?” was one of the refrains Sr. Ephigenia Gachiri kept using as she described to me how she came to find herself on the frontlines fighting against the practice of female genital mutilation in Kenya. In this instance she wanted to know what I would do if I were confronted, face-to-face, with the mutilation of a young woman half my age.

When Nuns Rule - Global Sisters Report introduces a new blogger for our online community, Jo Piazza, author of If Nuns Ruled the World. She is working on a second volume about sisters, focusing on Africa, and will share her stories in progress every other week. She welcomes your input, too. The first story is about Sr. Mary Owens,  IBVM, who has become a force in advocating on behalf of HIV orphans in Kenya.