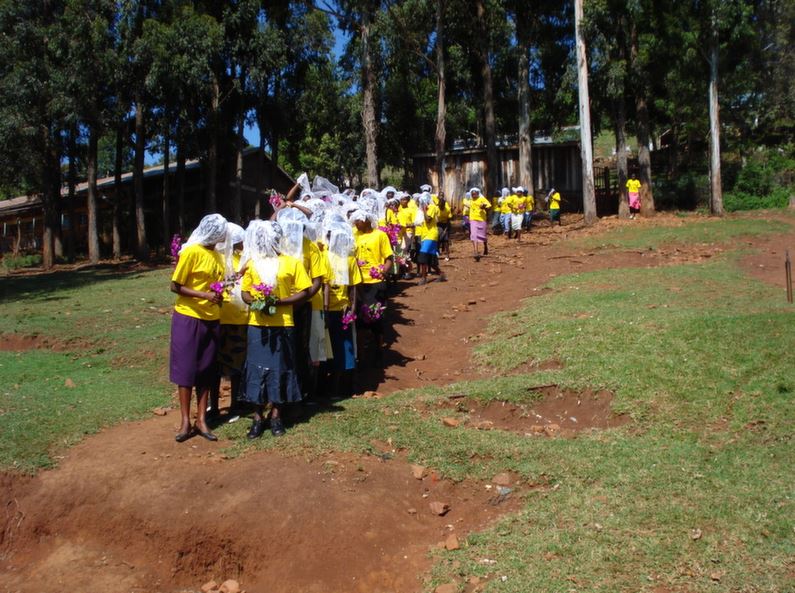 Girls take part in an alternative coming-of-age ceremony developed by Sr. Ephigenia Gachiri to eradicate the tradition of cutting. (Courtesy of TFGM, stopfgm.or.ke)

I didn’t know. I shook my head. And not for the first instance that afternoon I felt entirely ineffectual.

It was the fifth time since I sat down with Sr. Ephigenia Gachiri at the Loreto School compound on a balmy Sunday afternoon in the Westlands neighborhood of Nairobi that she had asked me that question.

“What would you do, Jo?” was one of the refrains Sr. Ephigenia kept using as she described to me how she came to find herself on the frontlines fighting against the practice of female genital mutilation in Kenya. In this instance she wanted to know what I would do if I were confronted, face-to-face, with the mutilation of a young woman half my age.

I felt an immediate wash of self-reproach. What would I do? In my own life, one riddled with privilege and an abundance of choice, the honest answer is that I did not know.

Ephigenia didn’t have that moment of pause. She’d know right away exactly what she would do.

In person, Sr. Ephigenia is warm, welcoming, charismatic and gregarious.

“I was expecting a man. I thought you could be a man, but look at you. You are not a man,” she said to me in reference to my androgynous and almost always confusing first name, the first time we met, pulling me into a hug and kissing me on both of my cheeks.  After presenting me with a platter of home-made fried dough lightly coated in sugar and a plastic pitcher of tea she alternated between staring at me with intention and checking the screen on her hot pink phone for updates from her staff. Then she began her story of trying to completely change cultural norms in the countryside of Kenya.

Nearly 20 years ago, Ephigenia knew she had to see female genital mutilation for herself if she wanted to properly find a way to end the barbaric practice where some or all of a woman’s external genitalia is removed.

She did what many of us wouldn’t do. She went directly to the source and met with the women who performed the surgeries in Kenya to ask if she could watch it happen.

“I got the shock of my life. I knew about FGM, but then I found out I hardly knew anything,” Ephigenia said. “Here is a problem that women bring upon themselves. I was sickened. I was heartbroken. I couldn’t get over it.”

In six months she interviewed 45 circumcisers and hundreds of women who had been ceremoniously cut.

Ephigenia has been a Loreto Sister since 1965 and was one of two of the first African women to join the Institute of the Blessed Virgin Mary. When she represented the religious sisters at the United Nations’ Fourth World Conference of Women in Beijing in 1965 she first learned about the number of women who have undergone female genital mutilations or FGM – 140 million.

“I am a mathematician,” Ephigenia said to me. “The sheer numbers involved horrified me.” But looking back at the few years after the conference, Ephigenia admitted to me that she was naïve.

“Sometimes God can make you feel a bit foolish. Sometimes you get foolish courage,” she said. “Does God make you foolish, Jo?” 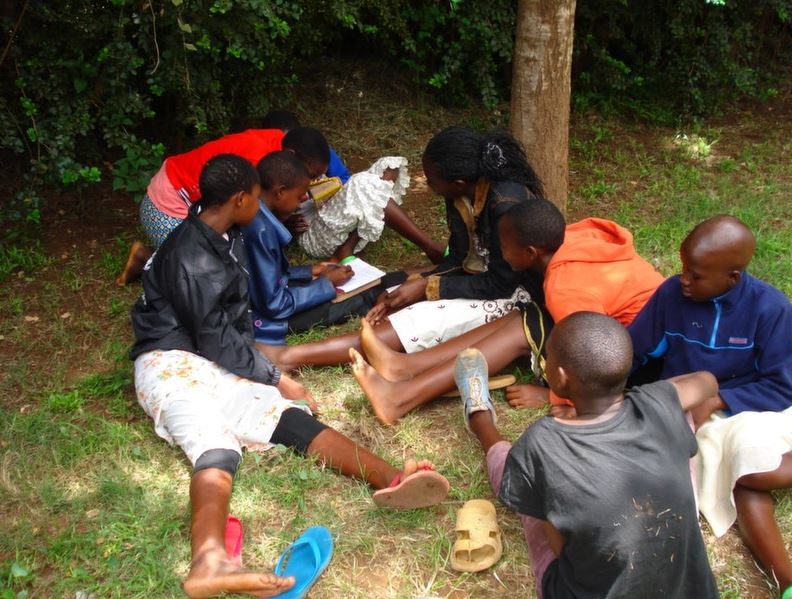 “Yes,” I answered meekly. The truth was that yes, God is making me foolish on a regular basis. I felt foolish right now in fact, furiously taking notes on this woman’s life work as she made me feel like I should be doing more to tackle this issue than just work on a book.

Ephigenia’s goal then and now is nothing short of ending the practice of FGM, but back then she didn’t know where to start. The tradition was so ingrained within rural Kenyan culture that reversing it was a monumental task. That was when she began the organization, Termination of Female Genital Mutilation.

“I can save the children,” Ephigenia thought to herself. “I can save part of this generation, but I needed to go to the countryside.” The most challenging feat of all was to find a way to change a centuries-old tradition and replace it with something new. Many of the tribes in Kenya hold strong to the belief that through this ritual, a young woman is bound, through blood, to her female ancestors, who then bestow her with protection for the rest of her life. For her, education and influence was key. She needed to convince the high-ranking members of each tribe that FGM was both dangerous and detrimental to women.

“If you break that line you are disintegrating the lineage of the tribe,” Ephigenia explained. “Then you will be an outcast. The rest of the tribe will shun you. No one will look at you when you enter a room. No one will speak to you at the watering hole. No mother will let you marry their sons.”

She wrote to sisters in rural villages around the country asking if she could stay in their convents. She drove her rickety yellow car down scarred dirt roads, drinking water from canals.

“I got so many intestinal diseases,” she said. “But I didn’t care. I kept going. What would you do, Jo?” I’d taken to not answering that question.  One bout with a stomach bug would have had me running, not walking, for the next flight.

Her goal was to visit three schools in one day, spending two and a half hours in each.

Ephigenia made her own lesson plans since no blueprint existed for how to speak like this about FGM to children.

Many of the village elders fought her, using their own analogy to explain the symbolic significance of FGM to their people. “Our children can not go like goats,” they explained with force. “Goats are born and they die and they have no ceremonies. Children need FGM to show they are adults.”

What would Sr. Ephigenia do? She decided to create a new kind of rite of passage to show the children that they were adults, one that did not involve pain or mutilation.

“I took some of the good ceremonies and traditions and rituals,” she told me. “I included information about how to behave as a grownup woman and as a wife. I used many of the traditional medicines, proverbs and songs. I inserted singing and dancing. There is a lot of fire and a lot of smoke. People want to belong to a community, and ritual makes them feel like they belong.”

She put it all into a book, Christian Initiation for Girls.

Her phone in one hand and a pastry in the other, she looked at me with her light eyes. Her gaze was tired, but hopeful.

[Jo Piazza is a journalist and the author of several books, including If Nuns Ruled the World: Ten Sisters on a Mission, published in September 2014 by Open Roads Media. Piazza is reporting this year for a book about African sisters. She welcomes your feedback at jo.piazza@gmail.com.]

Ministry | Sister of Loreto replaces centuries-old tradition with something new

Australian nun wins another reprieve from deportation in Philippines

It's in the cards for woman religious who threw perfect pitch

The sisters of Holmes County, Mississippi, integral to the community