Eight years ago, Sr. Marcia Hall had an idea. Hall, the Oblate Sisters of Providence's vocations director, was at a seminar that featured the parents of young people who'd recently entered religious life, and when she heard one mother share that she had not been happy with her child's decision, Hall knew she needed to find a way to reach black Catholic parents.

"We know that there are not a lot of vocations coming out of the African American community and that there are parents who are actively discouraging their children from entering religious life," she said.

So with the help of Alethea Braggs, owner of Destiny Productions, Hall got to work on a video project that would ultimately come to be called "The Calling From God: Promoting Vocations in the African American Community." Highlighting the experiences of young black religious, the video aims to encourage black Catholics to consider religious life as a viable calling.

Hall spoke with Global Sisters Report about why such a film is necessary and the surprising things she's learned as first-time film producer.

Hall: I don't know that I can answer that question. The way I'll answer it is to say that I don't know if there's a difference. The community I'm in, we work primarily with African American Catholics — not to say, so that it's clear, that the Oblate Sisters of Providence have ever just been open to African American Catholics. There have been white women who have entered the community. We only have one now, but there have been others.

Interestingly enough, there will not be an Oblate Sister in the video because I'm the last African American vocation in our community, and I've been in the community 20 years. All the sisters behind me are African.

What, then, do you attribute to the low number of vocations today, either from black communities or at large?

What I try and tell people: to just have me come to a parish and give a talk is not enough. If you aren't talking about vocations in any way, if you're not praying for vocations — for me to come and give a talk about vocations is nice, but I don't know who in your parish might have a vocation. You know the people in your parish. You're the one. You have to plow that ground for me to drop the seed for it to take root.

So there's a lot of work that has to be done in parishes around creating or re-creating that culture of vocations. My parents really created a culture of vocation without attempting to. What I mean by that is, they were both active in the school. My brother and I both went to Our Lady of the Divine Shepherd Catholic Elementary School, which is run by the Oblate Sisters of Providence. The sisters and the priests were welcome in our home; they were invited to parties, dinners, Fourth of July picnics, that kind of thing. So they weren't odd to me.

It's a question of visibility. People don't see us. They don't know where we are. And I don't just mean because people are not in habit. I mean we're not in schools like we were.

And you hope this video will help foster that culture? Who is the intended audience? Is it just parents or also young black Catholics?

Well, I'd say both. The idea is it could go to young adult groups, it could go to vocation committees in parishes, the National Black Catholic Congress, Newman Centers on black college campuses — whoever's interested, whoever thinks they could make good use of it. But it's definitely something I hope and pray parents will look at and maybe take another look [at religious life].

One of the things I would like to see is if we could come up with some lesson plans for catechists that would involve vocations and also link the African American candidates for sainthood. That's sort of down the road, but that would be something I'd like to do. Catechists see young people much more often than a lot of us do, so I think that's an untapped resource.

You've been working on this film for seven years now. Do you have an anticipated release date?

I now understand when I listen to people talk about the creation of a documentary, and they say it's been like 10 years in the making. [She laughs.] You know, even though I'm not a fundraiser or a grant writer, I thought I would somehow be able to raise this money.

We did a teaser in 2014 and created a website. But the teaser is out of date. So I started fundraising — really fundraising — in the summer of 2017. If this were a full-time job, I probably would have been able to raise the money. But, like I said, I'm not a fundraiser, I'm not a grant writer, and this is certainly not my full-time ministry. So it gets done here and there.

How much do you need to raise?

We need to raise about $25,000, and most of it at this point is post-production. I know Alethea has been trying to do it as inexpensively as possible, but there's some things she really can't cut costs on. She has maybe about four interviews left to do, but it requires travel. I mean, they aren't all in the same place. And then, after she completes the video, it's the distribution. We were hoping we would have the funds to send it out, but I think we're going to have to charge people shipping and handling.

What is your dream for this project once it comes to completion?

This goes without saying, but I'll say it anyway: I really think this is worthwhile. Whether it will have the impact I want it to, I have no idea. But if it gets the conversation going, if it gets people to talking, to thinking, to saying a vocation in the church is as worthwhile as being a doctor or a lawyer, then it will have been worthwhile. 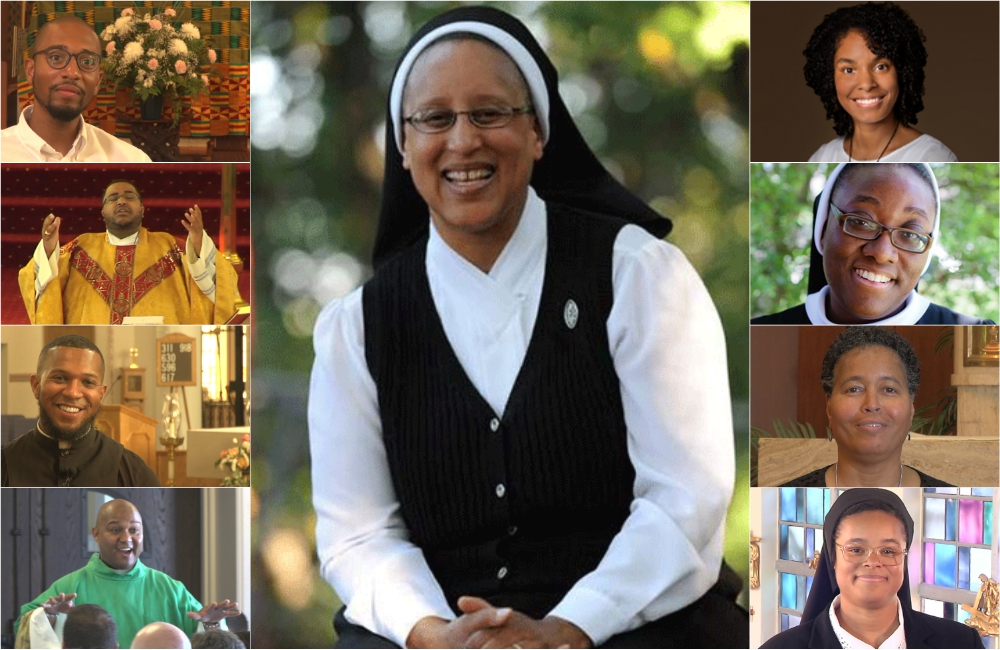