During the last decade, Los Angeles-based playwright Doris Baizley has written three plays for History Theatre in St. Paul, Minnesota. Her latest, "Sisters of Peace," which ran this spring, tells the true story of four biological sisters — Rita, Kate, Brigid and Jane McDonald — who all became Sisters of St. Joseph of Carondelet and became celebrated fixtures in the St. Paul-Minneapolis peace community.

Baizley spoke with Global Sisters Report about writing the play and about the importance of documentary theater.

GSR: This is your third collaboration with the History Theatre in St. Paul. How did you get connected with them?

Baizley: I had won a commission from the Playwrights' Center and the Guthrie Theater in Minneapolis — I think it was 2002 — and we did a reading of the play there. Ron Peluso, the director of the History Theatre, saw the reading and got interested in my work. He called me when he got the idea for "Peace Crimes: The Minnesota 8 vs. the War," which was my first collaboration. It was about a group of eight guys who raided draft boards to destroy 1-A draft cards for guys going to Vietnam.

The next play I did was a play about Sister [Elizabeth] Kenny. She's not a religious sister; she was a British nurse. Well, she was actually Australian, and she actually didn't go to nursing school — she just called herself Sister Kinney. [Baizley laughs.] She was quite a character. She came up with a treatment for polio when the epidemic really hit.

She lived in Minneapolis and is definitely a part of Minneapolis history, which is what the History Theatre likes to focus on. I find it really wonderful, and I think not enough credit is given to them for the way they find stories from their own community and then find playwrights to tell those stories. It becomes a necessary kind of theater — the kind of theater you want to go see because you knew about those people or you lived next to those people or you are those people.

And then you did "Sisters of Peace."

Did you have any familiarity with Catholic sisters before starting the play?

Two years ago, when Ron called me about these Sisters of St. Joseph of Carondelet who are social activists, I said, "You're not going to believe this, but I am sitting here right now with my colleague, who's a Sister of St. Joseph of Orange. We've been doing interviews with sisters down here who've been working in social justice."

And so, we just both cracked up and said our synchronicity is just truly amazing. Because he didn't know that I'd been teaching at Loyola Marymount in the five years since I wrote the Sister Kenny play.

What is this other sisters project you're doing?

It's a great project that I'm working on with Sr. Judith Royer, who is a Sister of St. Joseph of Orange. Over the years, we've been gathering together little groups of writers to go to the retirement home at the motherhouse in Orange [California], and we interview sisters about the work that they've done. Then the writers and I take our transcripts and make them into little scenes or stories. Then we do a theatrical presentation of our dramatized interviews for the sisters and for the general public.

I'm working right now with Judith on putting together some of our favorite ones of those interviews and making a full-length play that would involve the sisters' stories — about 13 sisters — which I'm very excited about.

We'll have to keep an eye out for that. But back to "Sisters of Peace." Were the sisters involved with the writing process?

They sure were. I interviewed them for two days — all four sisters, including Kate and Rita, who are now 94 and 97. And then Sisters Jane and Brigid actually came to rehearsals and would sort of fill in information that the actors wanted to know.

Getting to know the sisters was really, really powerful for the actors. I didn't even realize it until one night, when we were having a Q&A after the show, and the audience members asked the cast members how they liked having Jane and Brigid there for their rehearsals. And I swear — almost each one of them — you could see tears well up in their eyes, and they said that they just were so moved by their commitment and their energy and just the kind of love that they put out when they're working with you on a project.

I had no idea they would contribute that much. They're not theater people, and yet they were right there, understanding how dramatic scenes work. That was really amazing, actually. There are very few theater people who collaborate that well, let me tell you. [She laughs.]

Do you think the play was a success?

I wanted it to be a celebration, and that is something that audiences really got. You would hear the cheers; you'd hear, "Yes, you go!" It was like a rally — somewhere between a rally and a wedding reception. It was really spirited. And you may say I was preaching to the choir, but yeah, that's exactly right. And the choir really rose to the occasion and sang back. The whole experience was an event; it was beyond theater for me. I'll never forget it.

Did that kind of response surprise you?

Yes, absolutely. And no. When we did our first reading, the turnout was outrageous. The sisters are so popular. There was a huge support system for them. People in the peace community, in the religious community, they all came. And so, when we saw 500 people coming to reading, I thought, "Well, that's all the people who are ever going see it, I guess."

And then we opened in March, and every night, it was like that. They had to add an extra show on the closing day because people didn't want to miss it. I mean, these women are magnets. And if they were ever seen in the house, everybody would stand up and applaud for them. This was a kind of theater experience that I've never had before and I really, really hope to have again. 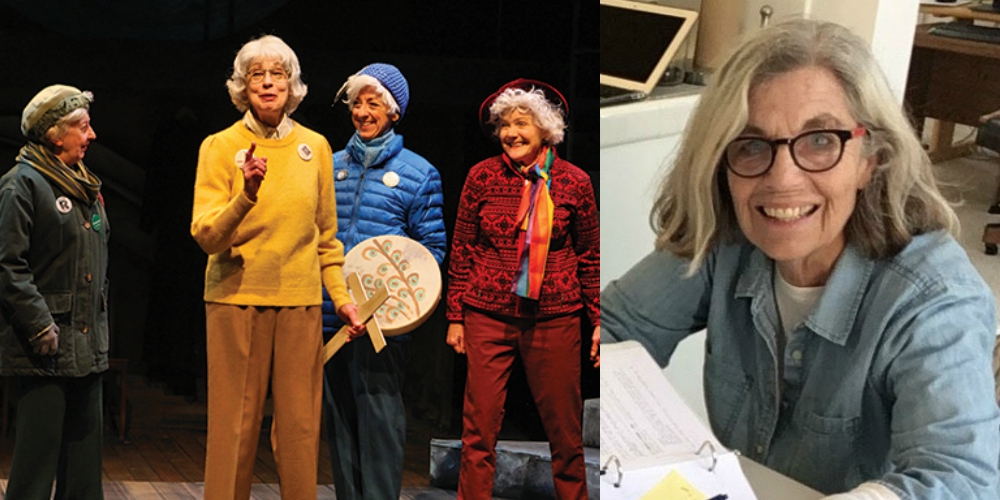 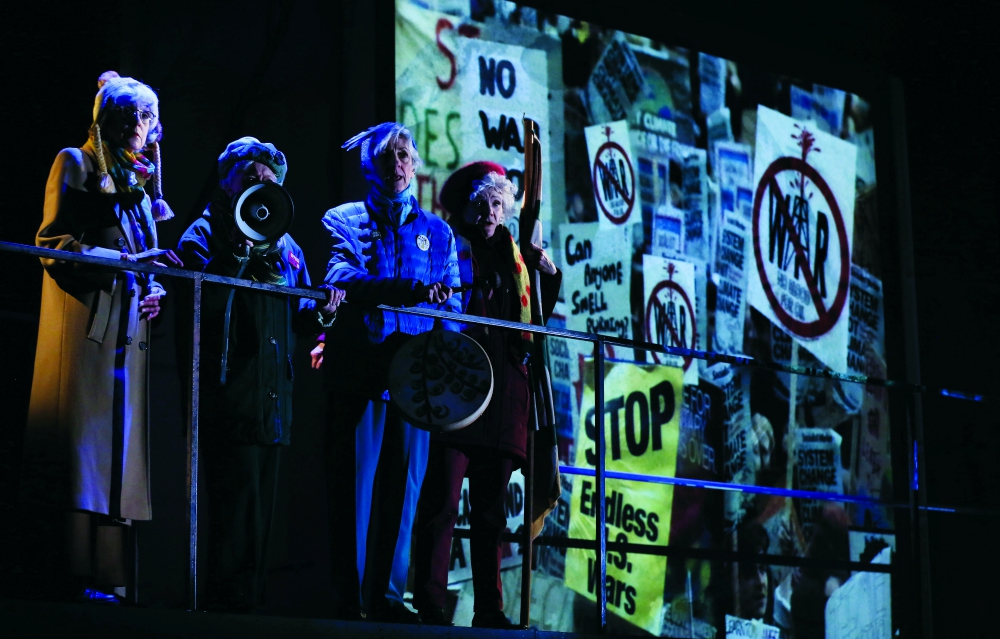 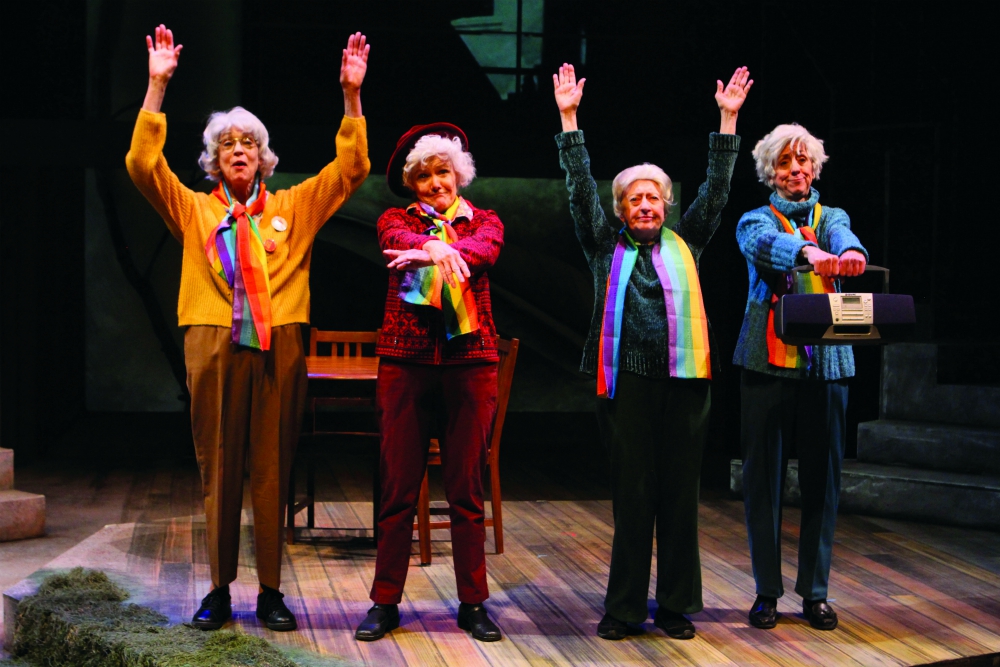 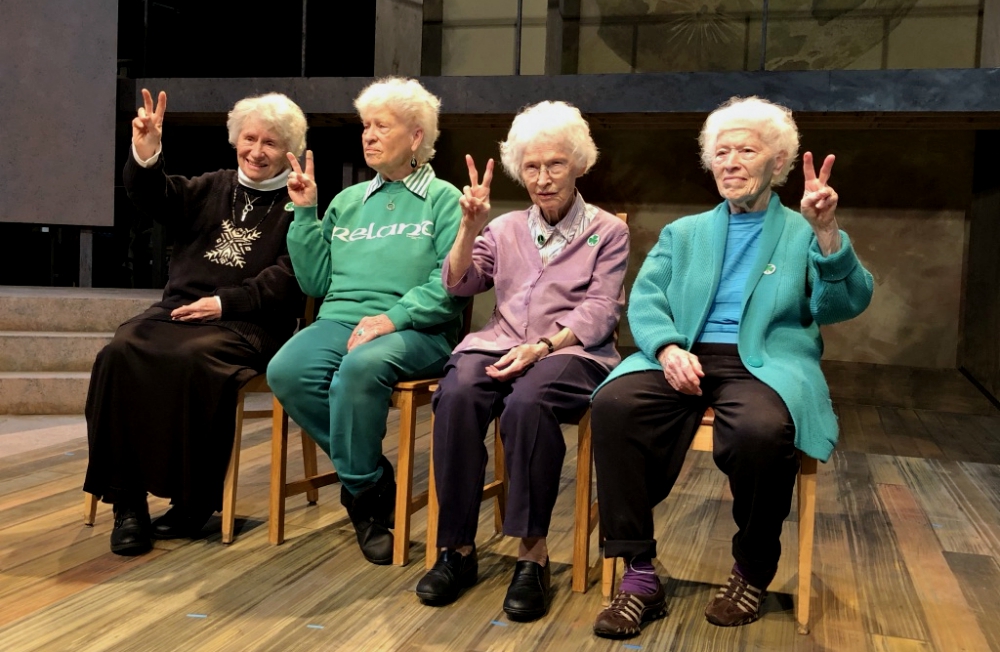