Notes from the Field includes reports from young people volunteering in ministries of Catholic sisters. A partnership with Catholic Volunteer Network, the project began in the summer of 2015. This is our eighth round of bloggers: Sarabella Muise is a Good Shepherd Volunteer in New York City, and Julianna Lewis is a VIDES+USA volunteer in Bogotá, Colombia. This is Julianna's first blog post. Read more about her.

For as long as I can remember, I have always enjoyed volunteering. Throughout high school, I was involved in a service organization and eventually even led my own service event. When I went to college at Tulane University, I did not waste any time and promptly became the service chair for my freshman residence hall.

It was not until my sophomore year, however, that it dawned upon me to consider international service work. I had always been a little wary of foreign missions because I was unsure of how much good a one-week mission trip could really do and how sustainable the projects were for the communities. I was thus skeptical when I went to an information session on a volunteer trip to Central America through the Tulane Catholic Center.

After learning about the long-lasting partnership the center has with the Misioneros de Esperanza, (Missionaries of Hope), a group of lay Catholic missionaries in Honduras, and hearing about the group's commitment to education, health, infrastructure and catechesis, I became interested. The Misioneros work in collaboration with the people they serve and listen to their voiced needs, ensuring the necessity of whatever project is mutually decided upon. After the weeklong mission trip, the Misioneros monitor the completed project, and the groups work with the same communities of people throughout the years, assuring sustainability and flourishing relationships. My uncertainties were assuaged, and with this new information, I resolved to participate in the trip.

Mission Honduras is a student-led organization that brings a group of students to the remote villages in the Sierra del Merendón mountain range outside of the city of San Pedro Sula every six months. My participation in the January 2016 trip radically changed my notions of mission work.

During my time in Honduras, I formed relationships with locals I still keep in touch with and learned about the beauty of cultural exchange. I never truly realized the importance of company and presence until we visited the remote mountain villages and the sick in those villages. When we went to the home of one elderly woman who was ill, she was brought to tears that we had come just to see her and spend time accompanying and praying with her. This seemingly small act of giving our time meant so much to the woman, who was not visited often.

In addition, I was left awestruck by the incredible faith of the people in these communities. They were only usually visited once a month by a priest for Mass because of their remoteness. The people, however, were not shaken. Their disposition and joy spoke of the incredible faith they had, despite lack of spiritual opportunities and material comforts such as clean running water, reliable plumbing, refrigeration and even electricity in some villages.

After coming back to the United States from this trip, I continued to think about all that the people I had met taught me about simplicity and faith. I was appointed to be the leader of the next two mission trips to Honduras. These next two experiences only furthered my interest in international service, especially to underserved populations, which had been awakened during my first time in Honduras.

My experience in Honduras propelled me to take a gap year upon graduating to do service work. I wanted to be able to partake in months of service rather than just one week twice a year. I began my search on Catholic Volunteer Network for an organization with which to work. I found so many incredible groups with opportunities in the United States and abroad. One organization in particular, however, stood out to me from the get-go.

Volunteers in Development, Education and Solidarity (VIDES+USA) is an organization run by the Salesian sisters. VIDES has the opportunity to send volunteers to any of 89 countries in which the Salesians have a community of sisters. This far-reaching service opportunity really caught my attention. I began the application process, and once I was accepted, the coordinator and I reached a decision of where I would be sent as a lay missioner. From September to December, I am in Bogotá, Colombia, volunteering at Casa Madre Mazzarello, caring for elderly Salesian sisters. From January to April 2019, I will be in Geneva at the Istituto Internazionale Maria Ausiliatrice Human Rights Office, which has special consultative status with the United Nations, attending U.N. sessions, translating documents and advocating for the rights of vulnerable populations around the world.

Before embarking on my year of service, I attended the VIDES+USA summer formation service camp in June in San Antonio. The camp had two parts: formation in Salesian values, mission and principles, and service to the San Antonio community.

During the formative part, the new VIDES volunteers learned extensively about St. John Bosco and St. Mary Domenica Mazzarello, the founders of the Salesian priests and Salesian sisters (Daughters of Mary Help of Christians), respectively, and discussed aspects of Salesian spirituality.

During the service part, we volunteered at a local holding facility for unaccompanied undocumented minors called St. Peter-St. Joseph Children's Home, or St. PJ's. We put on a Bible camp for about 30 children who elected to participate. The camp consisted of telling the story of Joseph from the Old Testament through songs, skits, games and small group discussions. It was beautiful to share in this experience with these children and give them a space to have fun and learn.

One of the other highlights of my time in San Antonio was the 300th anniversary of the city, which the archdiocese celebrated on the feast day of St. Anthony of Padua on June 13. To celebrate, we went to Mass at the cathedral, which was immediately followed by a eucharistic procession on a small boat down the River Walk. It was an unforgettable experience and true testament to the sustained faith of the people of San Antonio over the past three centuries.

The formation service camp ended with a commissioning Mass for the volunteers and a celebratory lunch and farewell to the wonderful community of sisters who hosted us in San Antonio. With these closing events, I was ready to be sent to my first placement site: Bogotá! 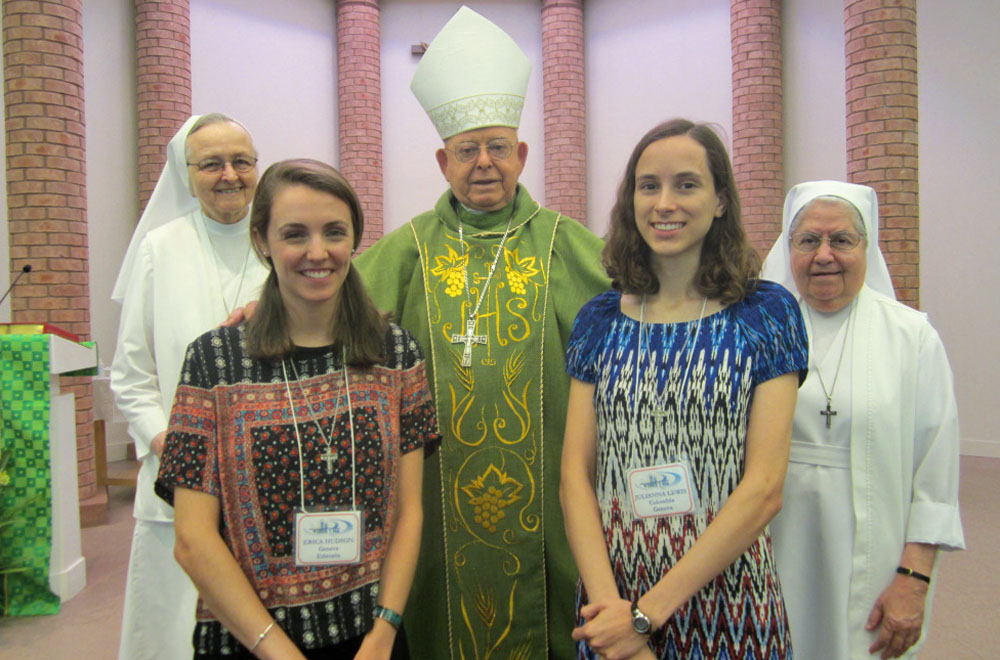 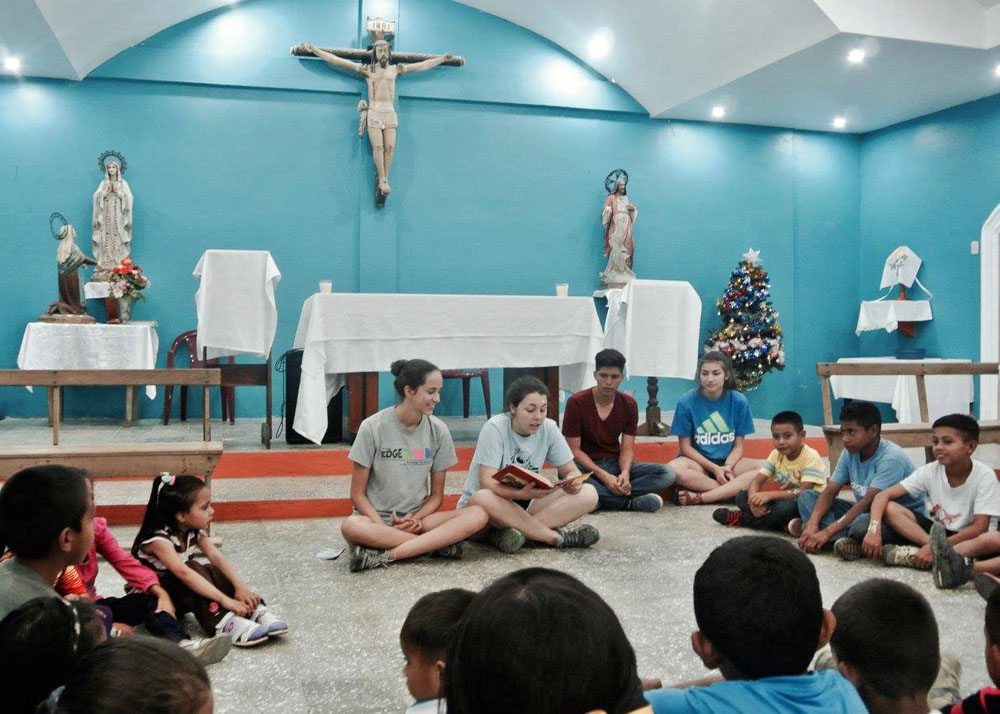 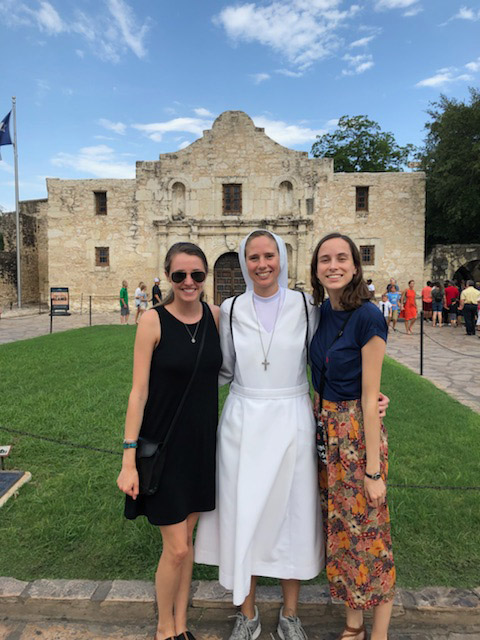 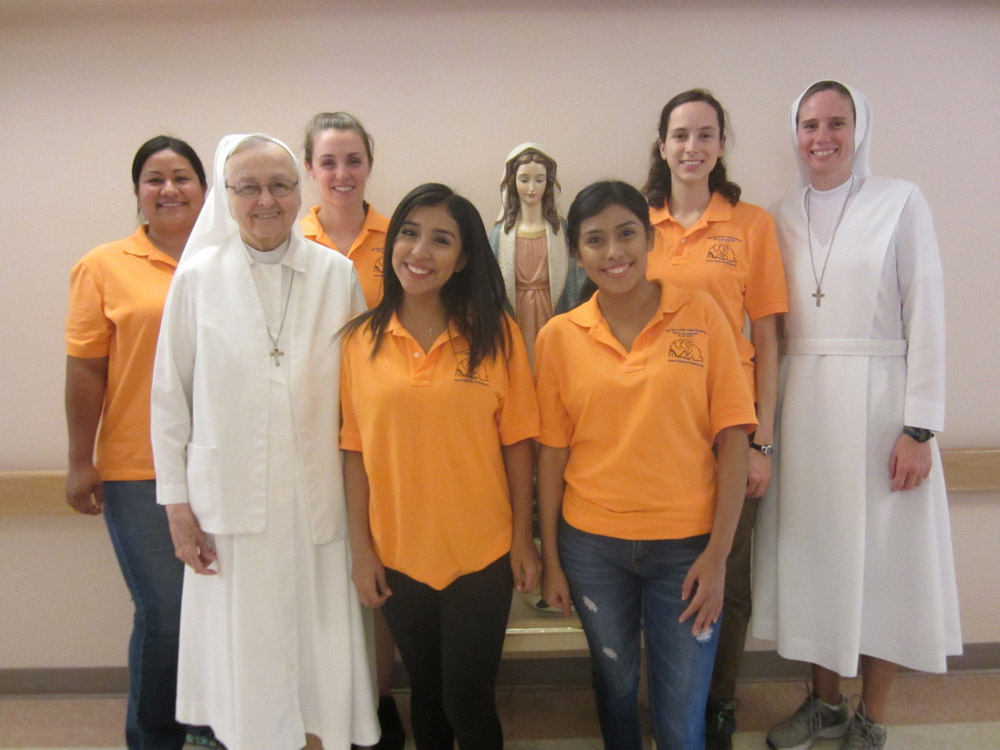