Picture yourself alone in a completely silent room. No sounds, not even the distant hum of the refrigerator. At first, it might be nice. Depending on your temperament, it might be really nice. But there's a chance that after a while, it's going to get uncomfortable. Eerie, even.

Silence can be deafening. It can be terrifying, which begs the question: What are we afraid of? What is it about absolute silence that unnerves us so much? For starters, we're probably not used to it. Even if you live in the most remote place, there is usually something making noise. The birds, your cell phone, someone vacuuming. In Washington, D.C., drivers seem to think their car will stop working if they don't honk a certain number of times during their commute. To a certain extent, noise is just part of life. And in a lot of ways, it's comforting. Where there's noise, there's life.

In silence, we have plenty of time to sort through our thoughts. Silence gives us no place to hide. It takes us out of a jungle of distractions and throws us into the wide open plain.

I've realized that when I really want to avoid thinking about something or having to make a decision, I have music playing almost constantly. When I'm getting ready for work in the morning, at work, when I get home, and preparing for sleep. In these times, it's really easy to insist that there simply isn't time to pray or spend time in silence. But really, those are just excuses.

During my year of service, there has been plenty to distract me. Living in D.C. is one big distraction if I let it be. The streets are always busy. The sirens are always wailing. And as wonderful as it is, living in community can be very distracting, too. Living with so many people makes it easy to always be with someone and always doing something.

I can't even count the number of times that I've been frustrated because God is "ignoring" me. I prayed. I didn't hear him. Therefore, he's not there. It's easy to just leave it at that.

But when I challenge myself and look a little deeper, the results are almost comical.

A lot of the time when I "try" to hear God's voice, it involves me spouting a very specific and dramatic prayer, "listening" for about five minutes, and then inevitably turning on the TV or wandering off to get a snack. In these moments, I picture God bemusedly smiling at me, shaking his head saying, "You silly human. Short of smiting your headphones, I don't know what you expect me to do until you actually make an effort."

When I do make the effort and finally unplug from the world a little bit, it feels like coming up for air after being underwater. Everything looks brighter and clearer. Sounds are more distinct and the world smells more alive.

Last winter, about six months into my year of service, I felt an irrefutable spiritual poke to attend an upcoming Ignatian silent retreat for the weekend. The retreat was with the Servants of the Lord and the Virgin of Matará, whose Washington, D.C., convent is conveniently right across the street from my community house. One of my housemates had told me about the retreat when it was first announced, but I hadn't felt particularly drawn to attend.

However, in the week leading up to the retreat, on multiple unrelated occasions, several people told me about their powerful experiences on silent retreats. I'd never been on a silent retreat before and I was hesitant. The idea of being surrounded by that much silence made me nervous. I'd purposely been keeping myself busy to avoid planning for the future. I wasn't sure what I was more afraid of, though — what God would tell me, or that he wouldn't tell me anything at all.

While trying to decide if I was going, my conversation with God went something like this:

(At least, that's how I imagined it.)

I told myself to be open-minded and let go of any expectations for the weekend. Despite how many times I told myself this, I definitely showed up that first night with a list of questions that I undeniably wanted answered.

I turned off my phone for that whole weekend. If I was going to do this, I wanted to fully participate. The retreat was open to women of all ages, and even though we didn't actually speak to each other until the end of the retreat, we were united by our common desire to spend time in prayer and grow closer to God. Each day, we attended a session led by a priest through one of the Ignatian exercises. After each session, we had about an hour to pray and reflect until the next session. As the retreat went on, though I felt an increasing sense of peace, I didn't have any life-changing epiphanies. At first, I was disappointed. Why had I felt so drawn to go on this retreat if I wasn't going to learn anything?

On the last day of the retreat, I overslept and missed the closing Mass. Since the other retreatants had been at Mass, they were on their way out of the chapel while I was on my way in. For the first time that whole weekend, I was completely alone in the chapel. So, I had another conversation with God:

Me: Okay, so, I'm ready for those answers now.
God: This wasn't about the answers. That's not why I wanted you to come here. This was about learning how to listen again and how to trust more. The answers will come in time. For now, just keep going.

After this conversation in the chapel, I felt an increasing sense of gratitude and understood why I went on the retreat. Removing myself from the noise allowed me to re-learn the importance of silence and to re-develop an appreciation for it that outweighed any of the fear it carried.

This experience is one I continually challenge myself to return to. Not the retreat, per se, but that place of peace within myself. That ability to just be. That willingness and desire not to just be okay with silence, but to seek it out. I drew from this experience a lot in the months after the retreat. During this year of service, whenever I felt overwhelmed, whenever I felt like I was going in the wrong direction, I challenged myself to return to that silence.

This experience showed me that when we surrender before God, when we show up in a vulnerable state before him, he can speak directly to our hearts. The retreat showed me that even if it's just for five minutes, I need to make time to spend with God, to sit in the silence and rest in his restorative love. 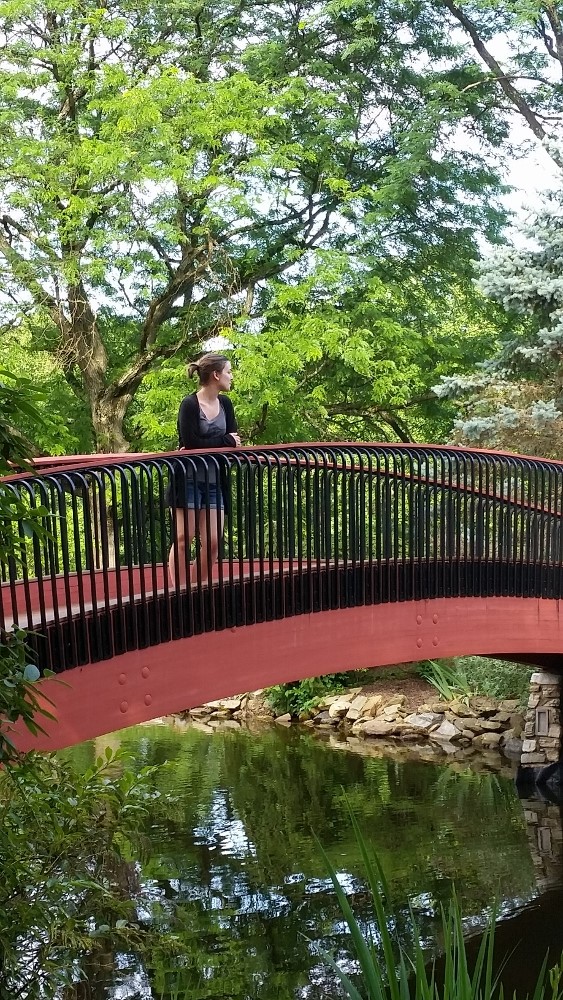 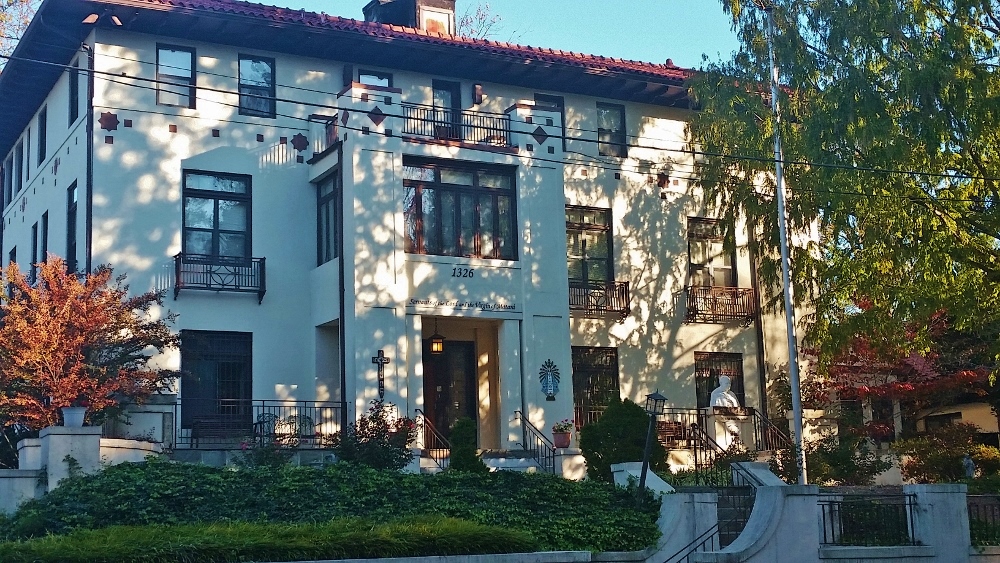 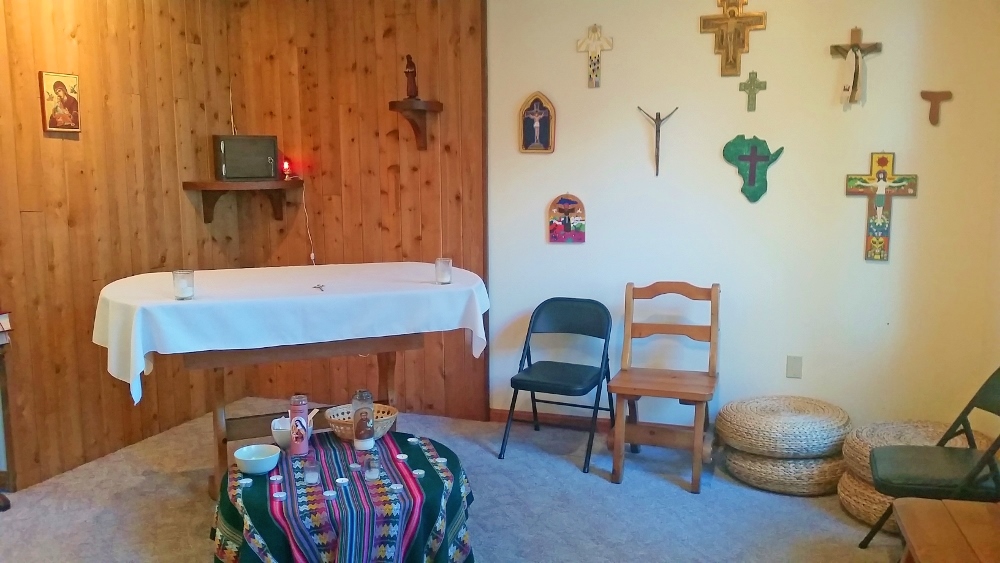