by Dan Stockman
This article appears in the Iraq feature series. View the full series. 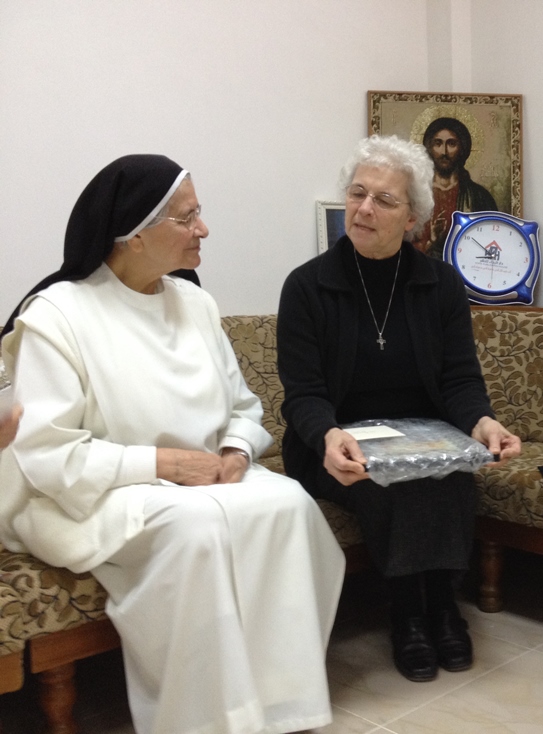 Late last week, U.S. Secretary of State John Kerry said that the atrocities being carried out by ISIS in Iraq and Syria are genocide.

Kerry said the self-proclaimed Islamic State is "Genocidal by self-proclamation, by ideology and by actions, in what it says, what it believes, and what it does" to Christians, Yazidis and Shiite Muslims, The New York Times reported. In fact, he said, the group's "entire worldview is based on eliminating those who do not subscribe to its perverse ideology."

The news made headlines around the world, but for Dominican Sisters, the statement was particularly welcome: the Dominicans have close ties to their counterparts in Iraq, have worked for justice there since the United Nations imposed economic sanctions there in the 1990s and formed the Iraq Coordinating Committee, a function of the North American Dominicans' Justice and Peace Promoter's office, headed by Springfield Dominican Sr. Marcelline Koch. Koch traveled with the Dominicans' most recent delegation to Iraq last year, and many Iraqi Dominicans have spent time at the American communities.

"U.S. Dominicans are deeply connected to the Dominican Sisters, Brothers, and laity in Iraq," Koch said. "Dozens of U.S. Dominicans have participated in delegations in support of our family in Iraq, whom we have come to know and respect for their faithfulness to the Gospel of peace and their unrelenting sacrifice and service to all people of Iraq through decades of war, violence, displacement, ethnic cleansing — and genocide."

The ICC noted that Kerry's statement was made on the Feast of Saint Patrick, as the English Patrick was first taken to Ireland as a slave, but returned later in life to minister to the Irish.

"It is appropriate that Secretary Kerry made his announcement on the day we celebrate the heroic commitment of Patrick, Bishop of Ireland, to the people who once displaced and enslaved him," the committee said in a statement. "May St. Patrick's witness embolden Americans to accept the burden of our responsibility for the well-being of Iraq's people."

Part of that burden, the statement said, is helping ISIS' victims: Donations support the work of the Dominican Sisters of St. Catherine of Sienna. Because they are themselves displaced, the sisters are now in Iraqi Kurdistan, where they serve thousands of Iraqis through the schools and health clinics they operate in refugee camps.

So if the genocide designation is such big news, what does it mean in practical terms?

Everything and almost nothing. 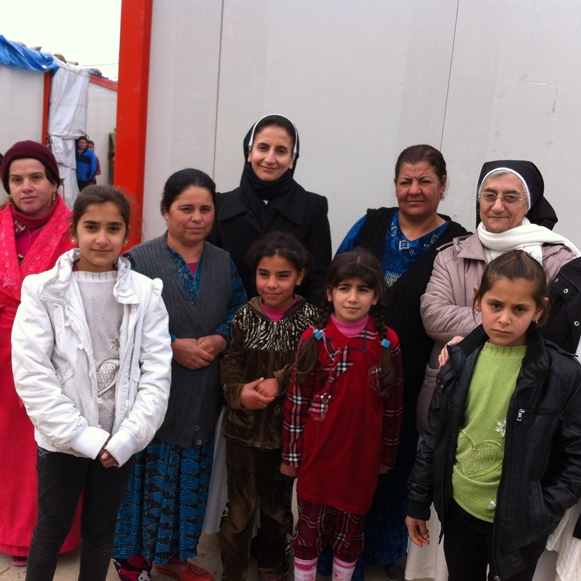 Symbolically the designation is important, but in practical terms, it means little, as it will not change current U.S. policy. As ABC News explains, it takes a referral from the U.N. Security Council to the International Criminal Court to begin prosecutions — and those cases could take years.

But that also means the findings by U.N. human rights investigators a year ago that ISIS had committed genocide and war crimes much more significant.

But Kerry's statement is important in another way: It has spurred a discussion of crimes committed against women specifically because they are women.

"According to one French lawmaker, the violence being committed by the Islamic State against women is so systematic and so ferocious that it needs a new term in international law to define it: femicide," The Washington Post reported.

There are many reports of ISIS specifically targeting women, including reports that they force birth control on their captives so they can continue using them as sex slaves.

"They are institutionalizing sexual violence," Zainab Bangura, the United Nations' special representative on sexual violence in conflict, said last year, according to the Post. "The brutalization of women and girls is central to their ideology."