"Water is life!" It was exciting to experience the truth of these words in the families dancing for joy at having water for the first time in the forests of Cameroon.

After attending the Confederation of Major Superiors of Africa and Madagascar (COMSAM) meeting in Yaoundé in January, I began an adventure I had dreamed of for many years: visiting remote Baka villages in eastern Cameroon. I traveled with Kenneth Muko, program director of Medicines for Humanity, and two photographers to five Baka villages that are recipients of clean water for the first time. Two donors generously provided funding for drilling water wells in these villages.

The native Baka peoples of Central and Western Africa are commonly referred to as "Pygmies," a name that had some negative connotations but that some people have reclaimed. I was surprised to learn that they are found not only in Cameroon and the Democratic Republic of Congo, as I had thought, but also in Congo, Gabon, Central African Republic, Rwanda, Burundi and Uganda. According to Survival International, Baka groups in these various countries are similar in lifestyle but speak different languages, often related to their non-Baka neighbors. All Baka tribes may share a few words, suggesting they shared a language in the past.

Living in the forest may be "simple," but it's not easy. Families forage for food, gathering honey, wild yams, berries and other plants; hunt antelopes, pigs and monkeys for meat; and fish. Although migratory, most groups have developed close ties to local settled villagers.

They sometimes work for them or barter their forest treasures for things like oil, sugar and Western-style clothing. One woman told us she sells wild fruit every Thursday at the local village market. We also met a hunter with several dogs who was hesitant to speak with us. He was probably suspicious that we might report his activities, as selling bush meat (wild game) is usually illegal.

Although the Baka people have some positive relationships with other locals, they are also exploited. We saw huge logging trucks taking beautiful ancient trees out to sell abroad, destroying the forest life that provides sustenance for the Baka. It seemed a clear sign that this forest life was ending. Governments do not always treat the Baka as equal citizens and routinely denies them their rights. They evict families and tribes from what they consider "their land" and then designate the land as national parks or new logging areas.

Missionaries try to help the Baka transition to a settled life so their children can receive an education and have access to regular health care, but it is challenging. A Sister of the Sacred Heart at the first mission we visited has spent 40 years evangelizing and supporting the Baka. She accompanied us to the village where a well was to be drilled.

The chief proudly showed us the kindergarten class whose teacher had once been a student himself. The small classroom overflowed with excited children who later enchanted us with a delightful dance I watched from a privileged seat in a small hut constructed of branches and leaves, similar to those used by families in migration.

The chief told us they had waited 20 years for water, anticipating its drilling and pump installation in the next week — a dream come true. An added benefit, he noted, was the safety of the children who must collect water for their families. The forest is dangerous as well as beautiful, which we experienced after the dance, following the villagers single-file through the dense forest to the place where children go to collect water. The forest resounded with calling birds and insects, and there were gorgeous butterflies.

We eventually came to an embankment with steps carved out of the earth and secured with rock. At the bottom was a pipe pouring out muddy water into a low cement trough. Children were bathing, women were washing clothes, and others were filling buckets to carry home.

After climbing back to the top, we made our way to the village and continued to four other sites over the next three days. The roads are not easy for travel. We crossed wooden bridges built over numerous dirty-looking rivers and streams. I found this a scary experience, as the bridges were often missing boards, so I decided instead to give attention to people bathing, animals drinking, women washing clothes and children filling buckets to carry back home.

The roads are mostly tracks of dusty soil with huge dips gouged out by humongous logging trucks. We came across several of these turned over and blocking our way as we traveled. It was disconcerting, but not surprising, that our car broke down twice. The first time, we had a flat tire. The second time, we waited on the road in hopes that someone would offer help, which a motorcyclist did eventually. He took one of photographers to get help. In the meantime, a "taxi" came by, and the three of us climbed in, leaving our car behind. At a road-worthy inspection police stop, a common practice in African countries to make sure vehicles are functioning properly, our taxi passed the inspection, but when it would not start again, the police gave us the push we needed to get going. So much for reliable inspections.

In spite of the delay, we arrived at our destination in time to meet village water managers finishing a training session. I was impressed to learn that a diocese trains and monitors community water development. Father Serge, the diocesan coordinator, does an outstanding job of community development that he attributes to the former bishop's ability to delegate and trust in him. We stayed the night and went to Mass for two hours at 6:30 the next morning.

We then visited the Missionaries of the Immaculate Conception, managers of a well-respected rehab center for people with disabilities. Sr. Marianna Ngugu noted that many of the disabilities are unfortunately and frequently caused by malnutrition. The patients live at the center and attend sessions during the week and return home on weekends.

She excitedly showed us the new well and water tower that will furnish water for the numerous hostels and classrooms. Our little group reorganized and continued deeper into the forest to meet three Sisters of St. Paul de Chartres, who have a clinic and a school. Not surprisingly, few Baka children who enroll persevere in school; they miss their families and free forest life. We stayed the night and early the next morning visited the school and the clinic with its new water pumps shared with the villages.

Electricity was limited in this week of adventure to generators providing a few hours each night. We retired to our rooms early to plug in our electronics.

Leaving those sisters, we continued on to missions staffed by Vincentian priests and Presentation of Mary Sisters. At the Vincentian mission, we found a three-room school built of corrugated metal from shipping containers. Grade 1 had many girls, but as we went on, the number of students decreased by grade. Older Baka girls must stop school to care for smaller siblings and prepare for marriage, often at 13, 14 or 15 years old.

At another site, water drillers were working surrounded by excited villagers. We met with the leaders; one woman sat among the men. Surprisingly, she was the treasurer. I asked the chief later why a woman was chosen as treasurer for water maintenance. He said without guile that only women are trusted with money: Men cannot resist spending the community money for alcoholic drinks. I asked how men feel about not being trusted; they shrugged, laughed and replied: "It is just this way!"

I was also curious about the crowd of women sitting far back from the leaders. When asked to speak, I emphasized the importance of women to water projects to teach hygiene and care for the water. The chief then invited the women to join us, which they did, laughing. As a parting gift, they tied the legs of a female goat and put her in our truck.

Our last stop was the Presentation Sisters, a French foundation. Near the sisters' school is a beautiful clinic close to the new water pump. I was happy to meet these sisters, having heard about them from their sisters in North Dakota, only a few miles from Aberdeen, where I am from.

We returned to the diocesan center for night. And now, without a car, we got a lift to a town a couple of hours away to catch a bus back to Yaoundé.

Visiting all of these forest places was a joyful and awesome experience. The joy that these communities feel having water is indescribable. Water is life, but I want to add, water spawns new life, too, and not just for gardens. Every one of the new water points is a seed for new ventures, whether it is sanitation, jobs, more time with family, entrepreneurial ventures, or better nutrition and health. The list is endless.

I know the sustainable development goal for water is that every household in the world will have easy access to clean water by 2030. These wells are a start, but cleanliness is not a given because of containers used and how it is transported to homes. There is still much to do to reach these goals. 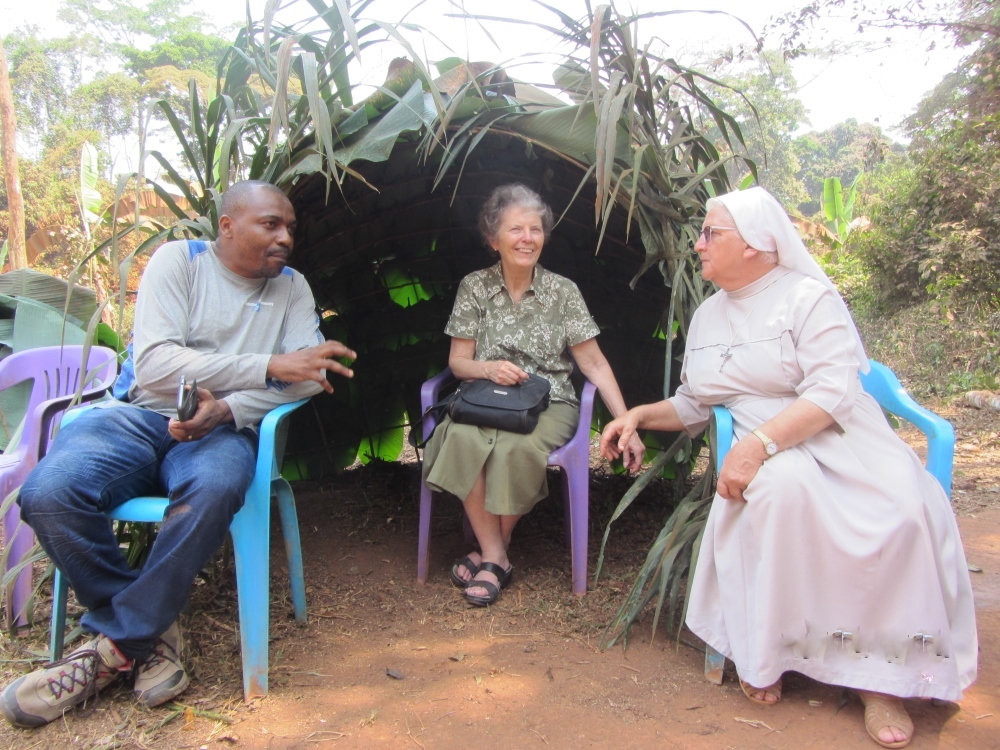 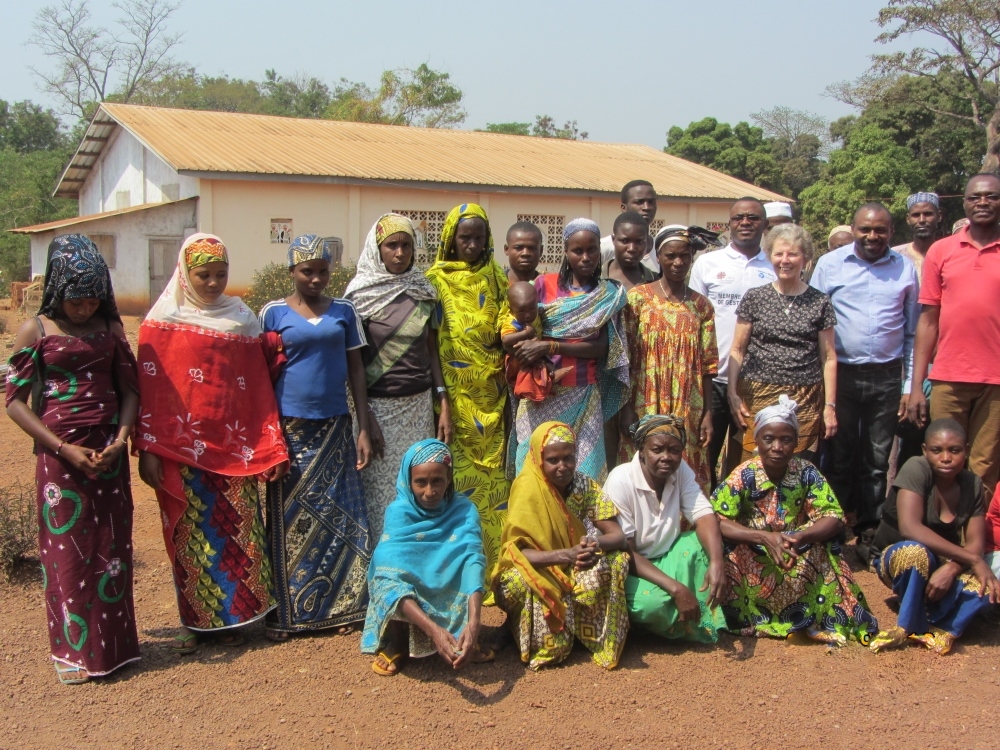 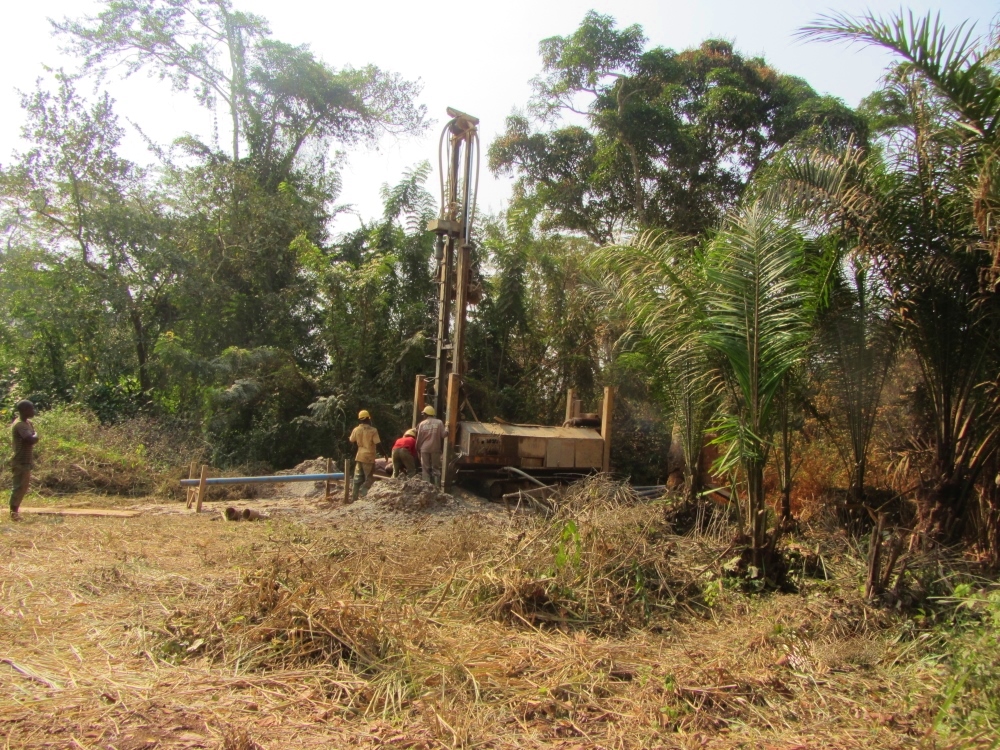 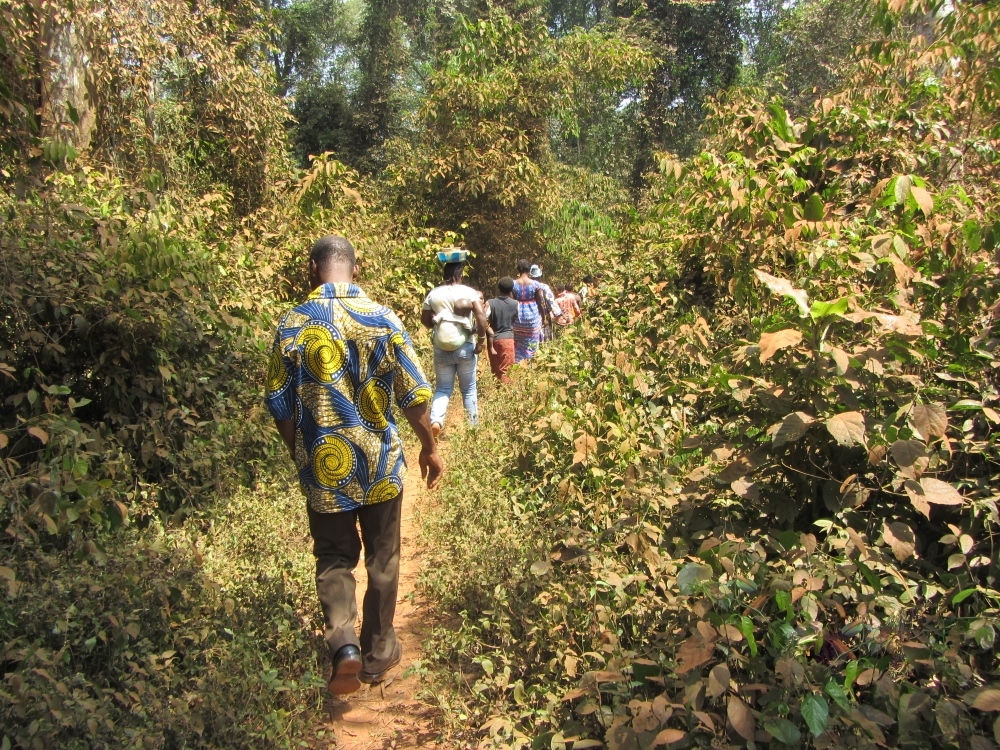 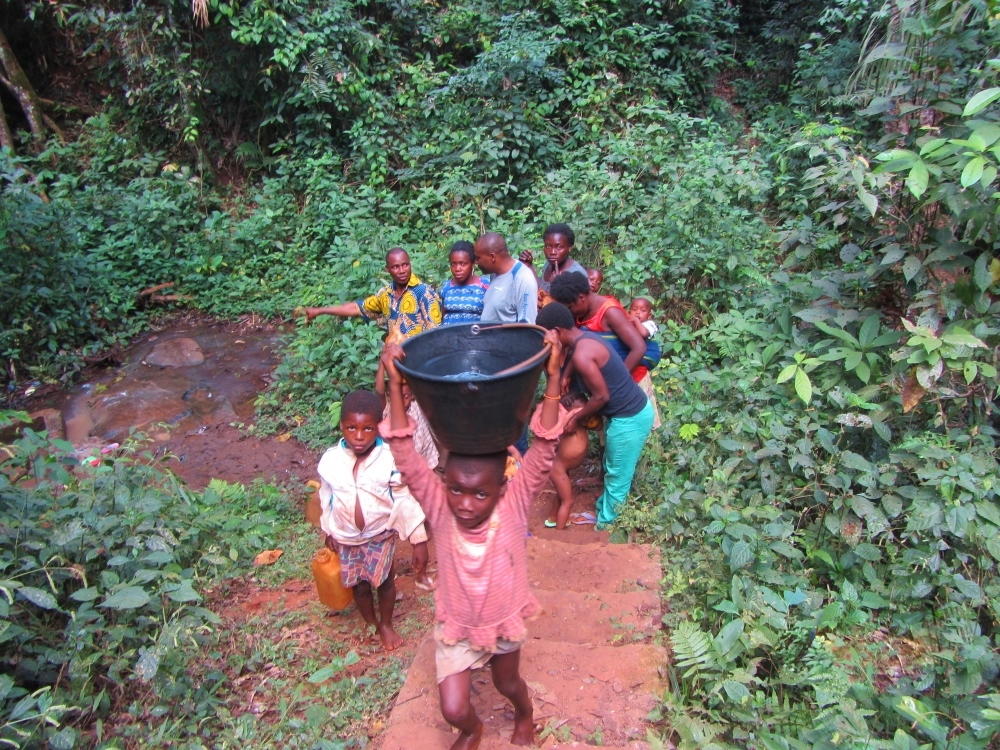 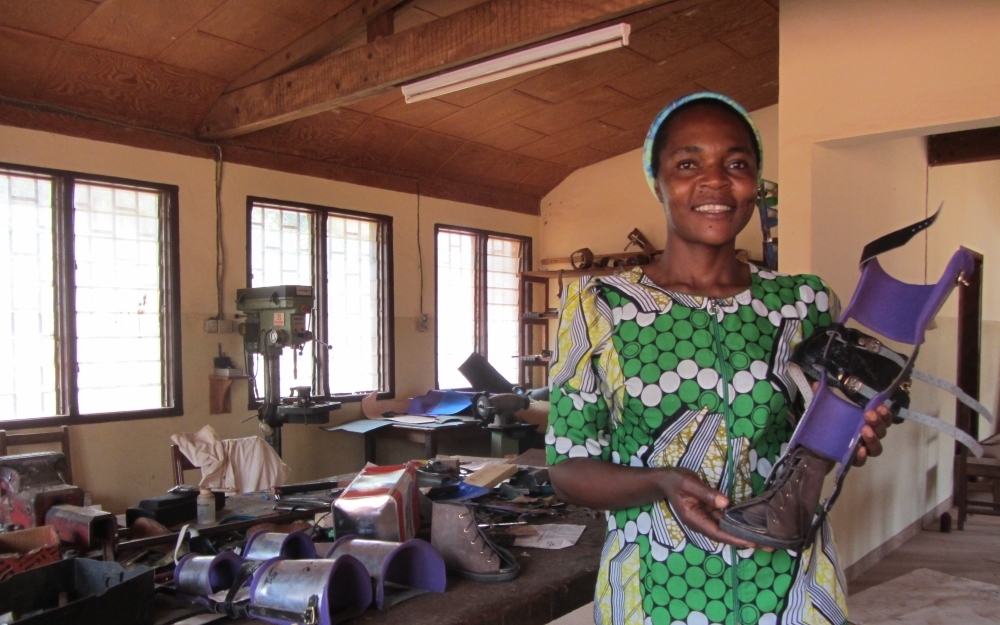 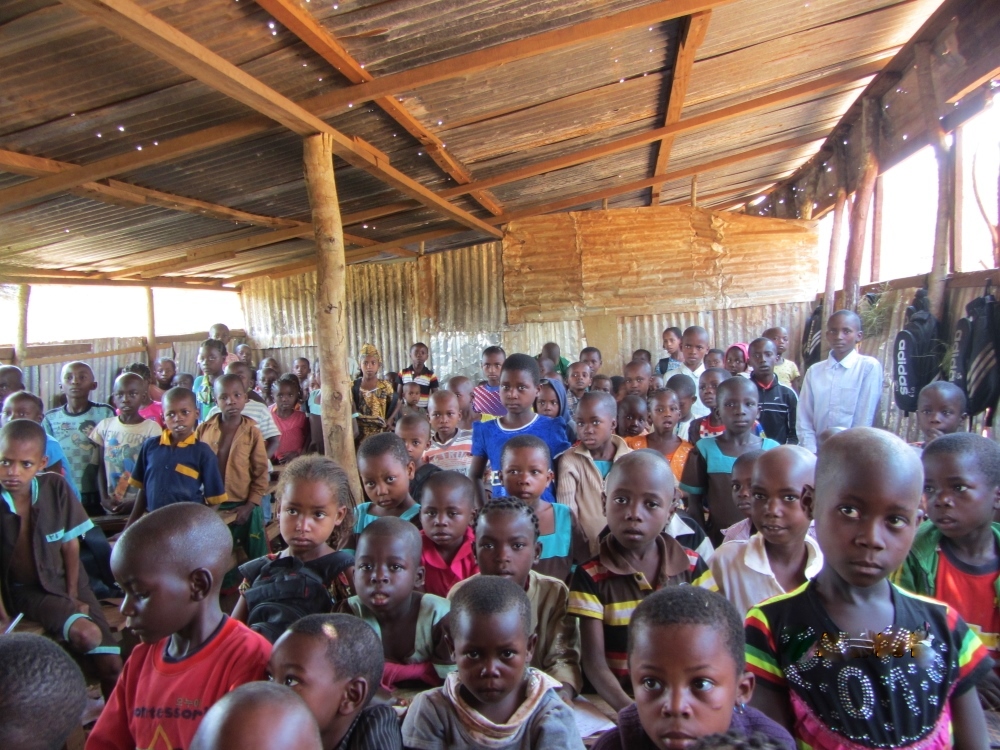 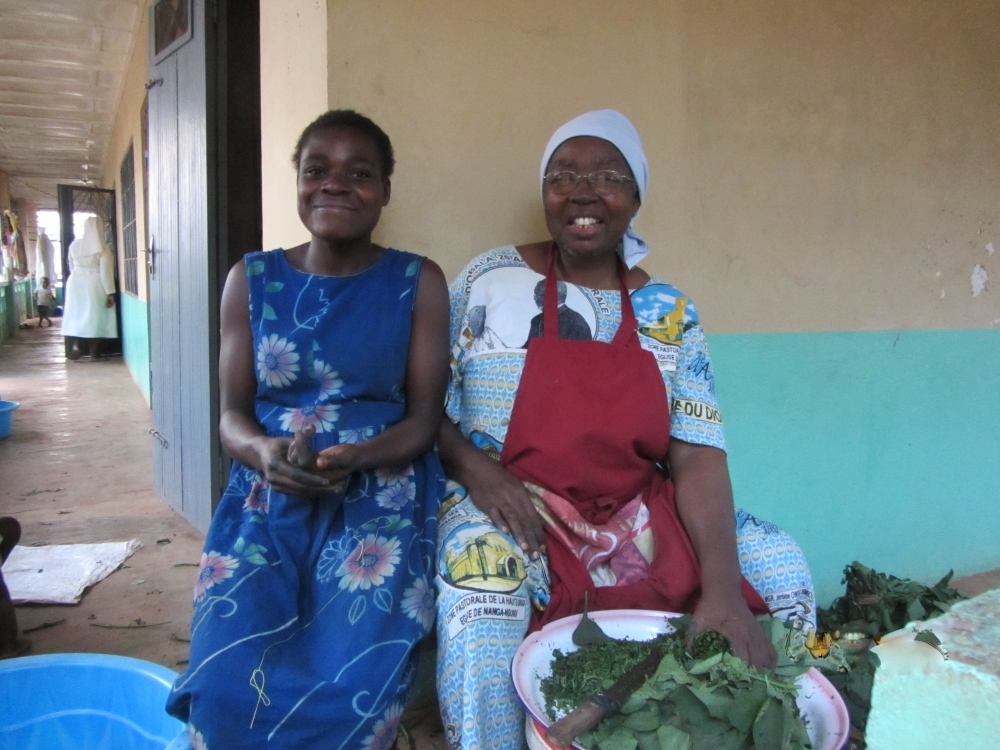