Inclusive spaces are essential for conversations about racism

by Viviana Garcia-Blanco
Social Justice
This article appears in the Notes from the Field feature series. View the full series. 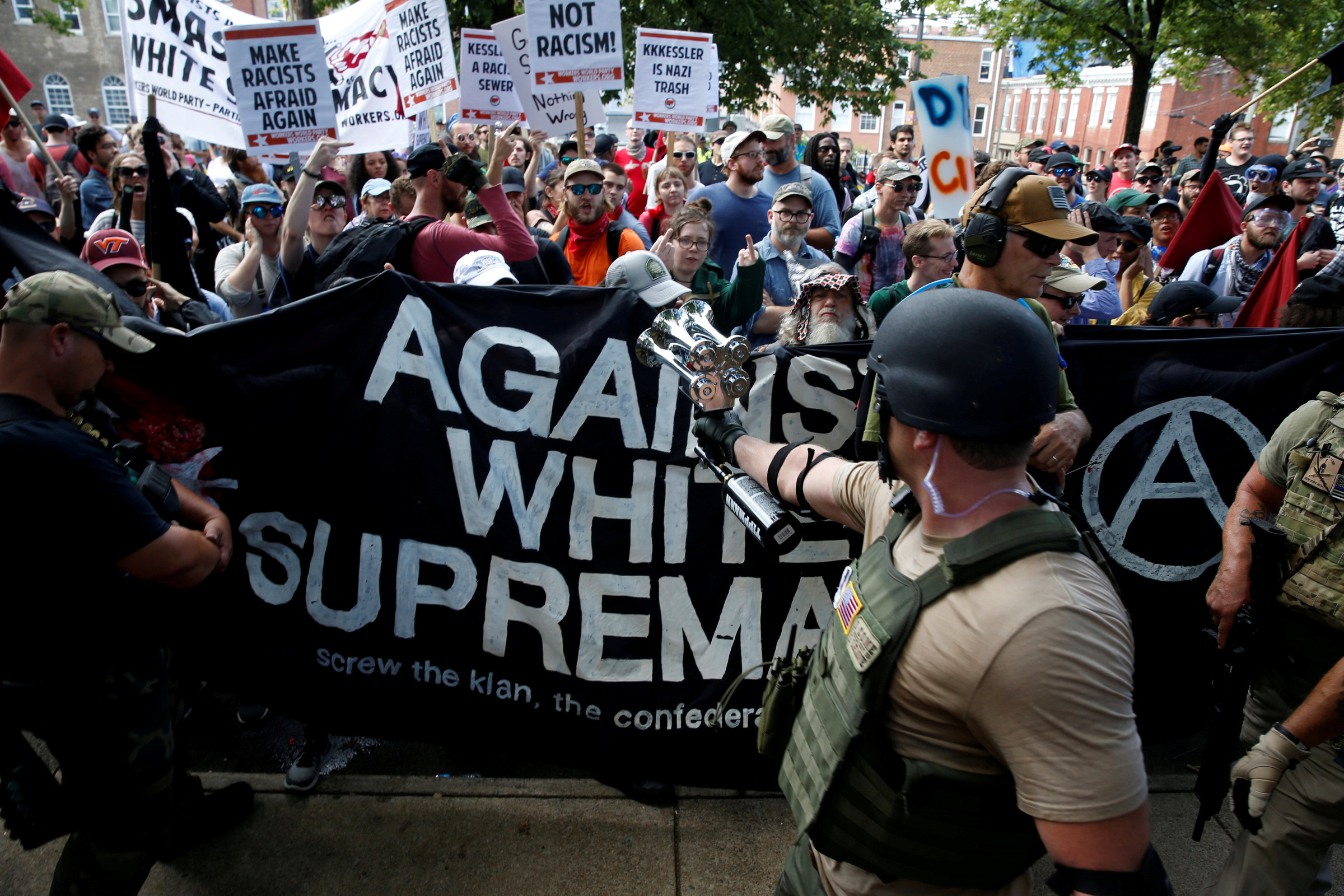 White nationalists and counter-protesters meet Aug. 12, 2017, in Charlottesville, Virginia, during a demonstration over a plan to remove the statue of a Confederate general from a city park. (CNS / Reuters / Joshua Roberts)

As an advocacy associate working for a religious nongovernmental organization, I spend a lot of my time networking and mingling with other people who also work in religious sectors.

During the beginning of my volunteer year, I was invited to a POC (Persons of Color) Network Fellowship Dinner hosted by my co-worker, a Franciscan brother. The invitation came after a conversation I had with him about a negative encounter I had at a meeting.

The meeting was put on by a nongovernmental organization relating to migration. At the meeting, a subcommittee made up of mostly white women put on a demonstration where they read real-life testimonies of children of color who were refugees and migrants facing brutal living conditions, deportation and persecution.

The whole demonstration rubbed me the wrong way. These children's lived experiences were used as nothing more than props to get a point across. It was insensitive for them to have put on this show. At times, it felt like whitesplaining, or when a white person speaks on behalf of people of color about the injustices brown and black people face.

I agreed to go to the fellowship dinner because my co-worker informed me that it was space where people like me, people who are not religious, but who are involved in some kind of capacity in religious organizations, can go and share their experiences in safe spaces.

Throughout the course of the night, our conversations flowed freely. We talked about our personal struggles at work, the intraoffice politics that affect our ability to move upward and our relationship with faith and spirituality.

Racism was a major theme in our discussions. There wasn't a subject we didn't discuss and examine through our own lens. We spoke about microaggressions in our everyday lives, the dynamics of white-passing persons of color, and the struggle of raising certain issues in the workplace because of our fears of coming across as the stereotypical angry or emotional person of color.

People participate in an Aug. 13, 2017, vigil outside the White House in solidarity with victims of violence at a white nationalist rally Aug. 12 in Charlottesville, Virginia. (CNS / EPA / Michael Reynolds)

These moments of shared frustrations made us laugh because we realized how common such things were; for example, being a person of color and experiencing "white guilt" after the 2016 U.S. election, which highlighted just how unaware and unassuming white liberals were of the deeply embedded racism that operates within our own country. This led us to examine what it means to be a white ally in Trump's America, each one of us having a different opinion.

To echo the opinions of my peers and some scholars, being a white ally is more than just not being racist: Being a white ally should mean being anti-racist. Anti-racism means actively working to call out and/or dismantle oppressive structures within life, not speaking on behalf of people of color, not belittling their experiences, not labeling people of color as divisive.

Overall, there was this shared experience of overcoming racial dynamics that exist within predominantly white religious institutions. All of us had experienced times when white people would rather see our faces than hear our voices, a common occurrence in organizations that are simply working toward their mandated diversity quotas.

When there is a top-down structure of hierarchy in the workplace, and when it's operated by people who do not share the lived experiences and realities of the communities they serve, unfair judgments and assumptions about these communities arise, and it in turn affects the way they approach these social justice issues. These are the same actions and beliefs that uphold systemic racism and oppression that affect communities of color and other marginalized groups.

Race is important when it comes to our approach to humanitarian issues. We need to examine and re-evaluate who the people in leadership positions are. In the work I do, there are a lot of older white people, mostly women, in charge of these nongovernmental groups.

If a person of color with an awareness of the complexity of the issues had been in charge of the migration meeting that day, would he or she have chosen to speak for the lived experiences of children of color? When meetings about climate-induced disasters come up, would there be an emphasis on how racial politics shape a country's disaster relief response? When there are meetings about human trafficking, would there be a focus on how law enforcement takes cases of brown and black children less seriously because of their social and economic background?

Going to this dinner and the ones that followed were the most eye-opening revelations for me. There was so much to learn and take from each of my peers. Most importantly, I realized I wasn't alone in my struggles. I wouldn't have known a support group existed like this if it wasn't for that Franciscan brother who experienced the same kind of oppression and recognized the need for people like us to have access to these communities. There needs to be more inclusive spaces like this for people to vent and gain perspective on their issues. That kind of support system is healthy and necessary.

It's not my responsibility to educate anyone on issues of race or systemic injustices that exist in our country. But I want to use this platform to talk about something different, perhaps something not really discussed and examined frequently in Notes from the Field. If you find yourself reading this and are unsure of what to take from all of it, that's fine. Conversations about oppression and racism aren't an academic exercise for you to demonstrate how "woke" or aware you are of social justice issues. Conversations like this should be a means to challenge yourself, to recognize and acknowledge your own and others' differences and privileges.

Social Justice | Inclusive spaces are essential for conversations about racism

Push through the fear of losing white Christian privilege