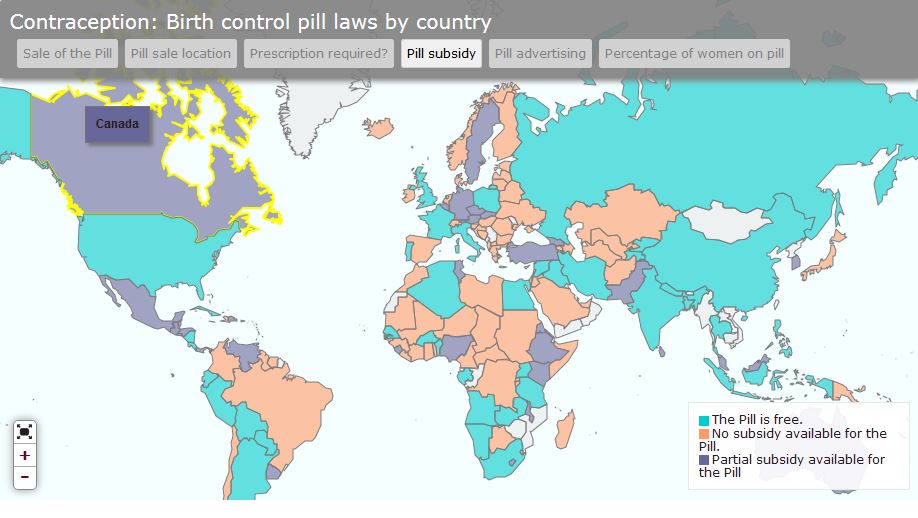 Monday, the U.S. Supreme Court ruled that certain companies are not legally obligated to cover certain birth control types for employees if doing so violates the company’s religious beliefs. While American Christians generally support  a company’s right to be exemption from contraception coverage on religious grounds (55 percent of Catholics and 51 percent of Protestants agree), the topic has been widely debated, usually in terms of religious rights vs. women’s rights.

In 2009, the Guttmacher Institute – a United States-based reproductive health think tank – published a report analyzing the costs and benefits of increasing access to modern forms of birth control. According the report:

Last year, Slate designed a series of maps highlighting the different contraception and abortion laws in countries across the world. One example is above.

Countering the curse of ageism