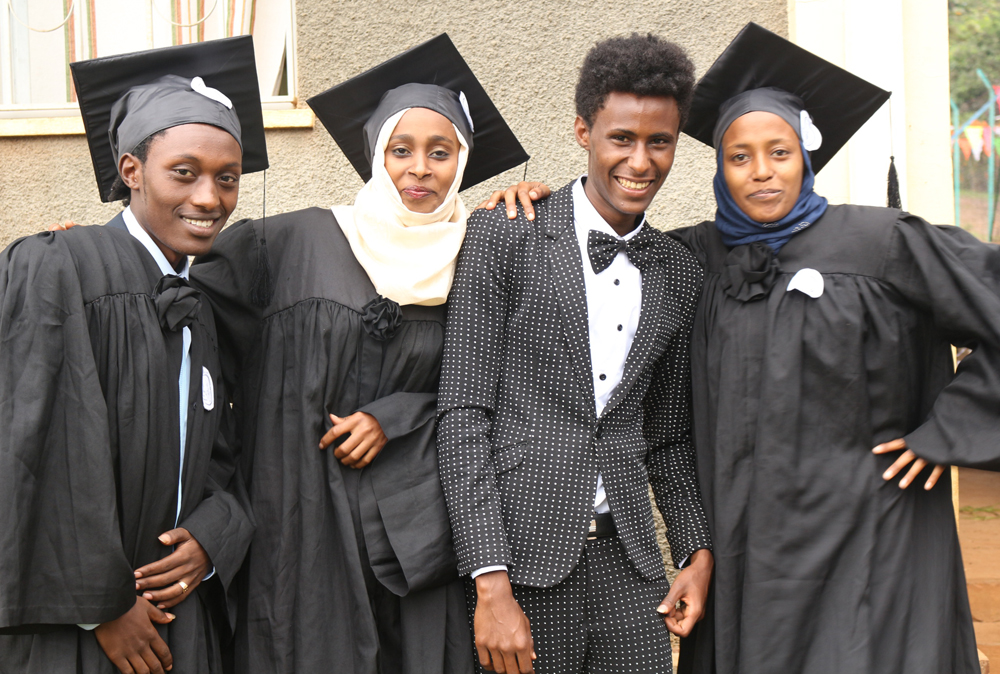 Dilla, Ethiopia — Notes from the Field includes reports from young people volunteering in ministries of Catholic sisters. A partnership with Catholic Volunteer Network, the project began in the summer of 2015. This is our fourth round of bloggers: Christian E. Ruehling was a volunteer missioner for VIDES+USA who served five months with the Salesian Sisters in Dilla, Ethiopia, before serving in Geneva, and Maria Beben was a staff writer for Franciscan Mission Service in Washington, D.C. Both of their years of service ended in December 2016.

In early July, I was slowly starting to wrap up my mission as an English teacher in Ethiopia. Since the end of the semester was approaching, it was time to celebrate the graduation ceremonies for Mary Help College and the two kindergarten schools operated by the Salesian sisters. As the unofficial photographer, I had the privilege of attending and documenting these ceremonies.

The kindergarten graduations were a joy to watch. The children graduating strutted in their black robes while other children ran around in cute outfits for the graduation performances and skits. Later, I watched with pride as my students graduated from Mary Help College, excitedly waving their graduation caps and diplomas in the air at the end of the ceremony. 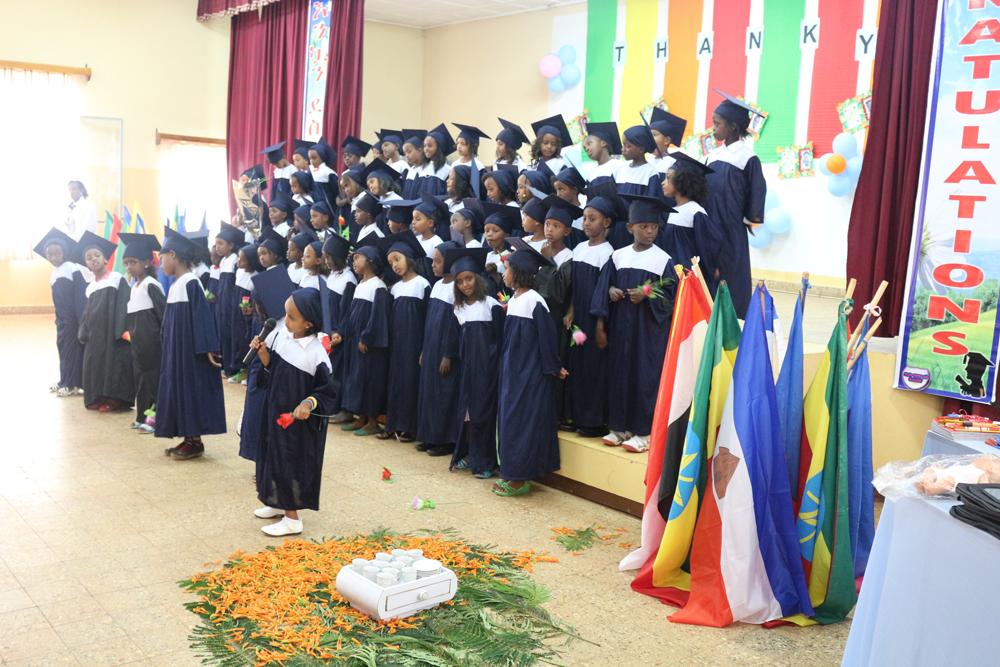 The sisters did a good job of helping the teachers prepare dances and songs for the students to perform, ensuring that their families and children had beautiful memories of their time spent at a Salesian school.

Sadly, though, this time also marked the end of my stay in Dilla. For my farewell, the teachers at Mary Help College prepared a dinner made with traditional injera (a large, round, sourdough-risen flatbread with a slightly spongey texture) and doro wot (chicken stew). I also parted with traditional gifts from the students and staff at Mary Help College to remind me of my stay in Dilla. 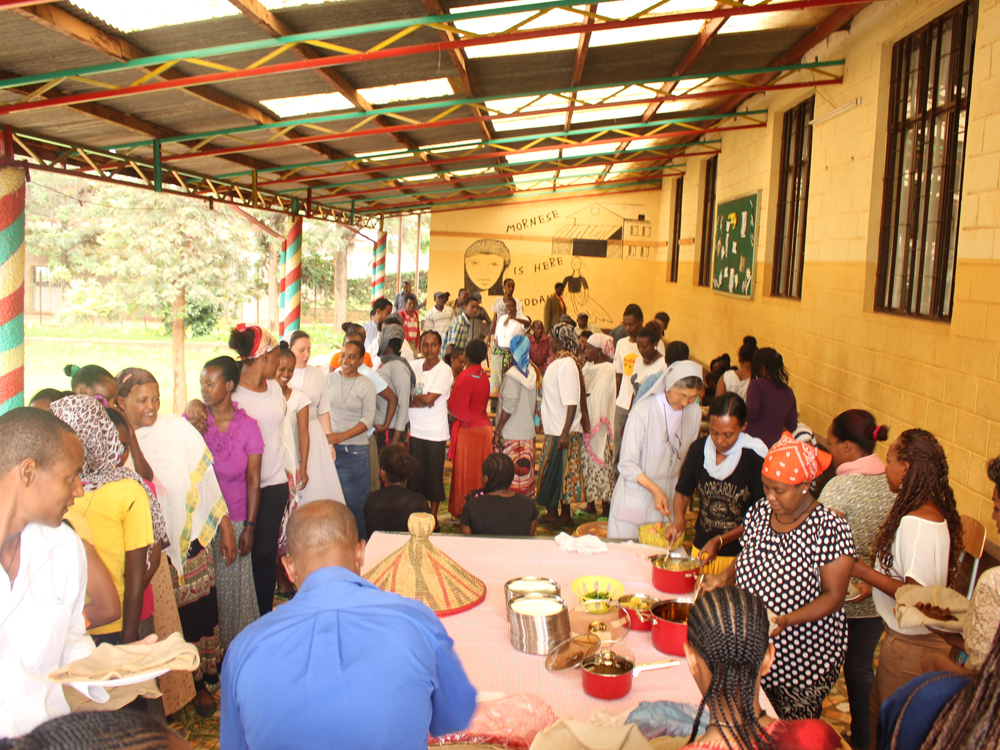 An employee appreciation luncheon after the end of the semester with injera and doro wot (Christian E. Ruehling)

It was hard to believe that six months had already passed since I first started my mission at the VIDES+USA formation camp in San Antonio, Texas. My time in Ethiopia proved to be a memorable experience, and I only hope that the children and students felt the same.

Outside of school, I was able to see firsthand the great work that the Salesian fathers and sisters do for the community in Dilla. Through the feeding center and the schools (kindergarten, primary, secondary, and college-level) that they operate, the Salesians try to help the families in the community have better lives. 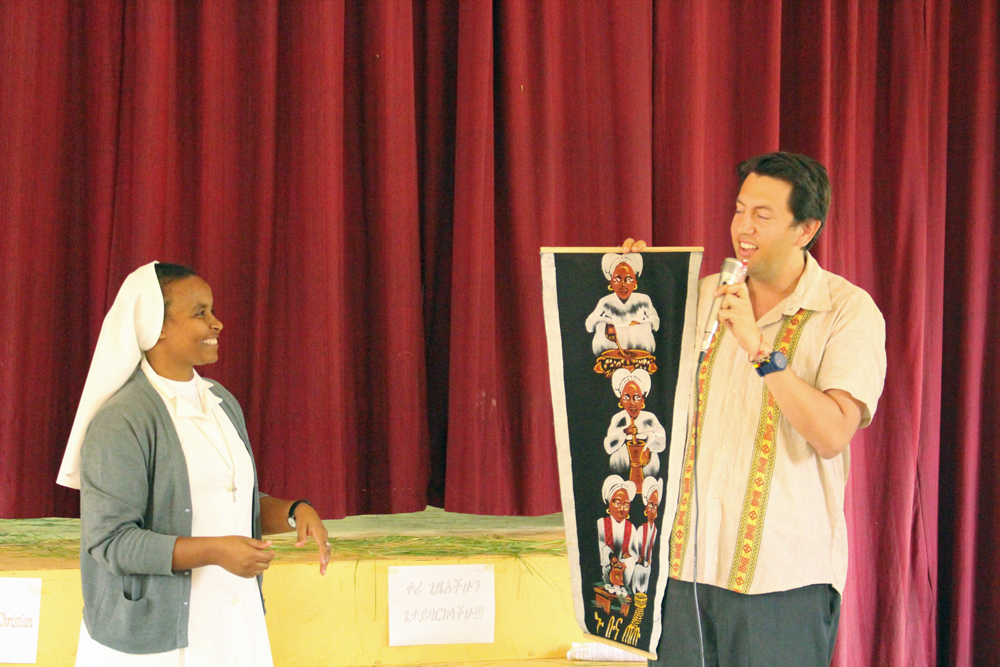 Sister Netsanet and the author in a traditional shirt with a banner depicting a traditional coffee ceremony, both gifts from the students of Mary Help College (Provided photo)

I also had the opportunity to visit Salesian missions in other parts of the country, where they run similar programs to help the children from these communities. For many families, the missions not only help provide their children with a better education but are also a source of employment: They hire local guards, cooks, teachers, and cleaning staff to help around the schools and compounds.

What I admire the most is how the sisters, many of whom left their homeland to go on mission, have dedicated their time, love, energy and faith to the people of this country. The sisters with whom I lived came from South Korea, Poland, the Philippines, and India, and some of them have spent more than 20 years in Ethiopia or East Africa on mission.

I also appreciated doing my service in Ethiopia because it has a rich history with Christianity dating back to biblical times, which made the experience that much more meaningful. Overall, I will miss the people, the sisters, my students, the staff, and the smiling children, all of whom made me feel at home during my period of service.

I am glad I chose to spend the school semester in Dilla, and while it would have been nice to return for the fall semester, it was time for me to continue my year of volunteer service elsewhere with the Salesians. From Ethiopia, I flew to Rome, where I attended a four-day conference hosted by VIDES International, the organization I was volunteering with.

VIDES missioners from around the world attended this conference to share moments and lessons learned from their different missions. There were lectures that touched on various topics — including religion and volunteerism and unaccompanied migrant youth — and best practices shared from VIDES groups in Brazil, Republic of Congo, and Japan. 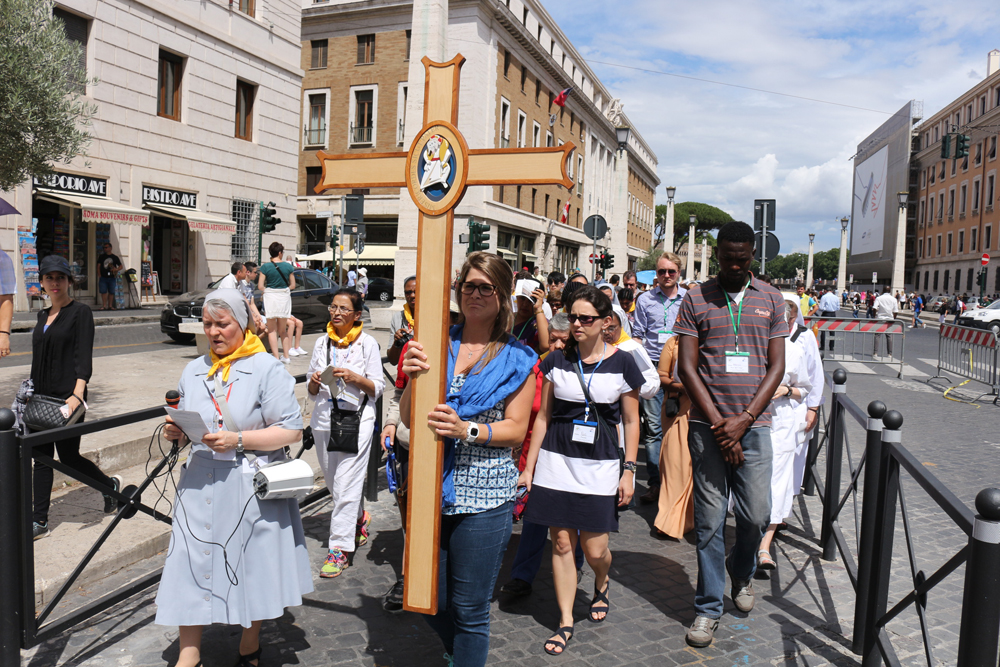 We also had two nights of cultural activities in which each VIDES group performed a dance or ritual from their home country. I was lucky to perform on behalf of two countries, the United States (where I grew up) and Colombia (my mother's cultural heritage). The highlight of the conference was the pilgrimage through the Holy Door of St. Peter's Basilica at the Vatican.

Overall, the conference was a fun event where sisters and missioners mixed and spent time together, and it re-energized my feeling of sharing the volunteerism vibe with these other missioners.

After a brief break over the latter part of the summer to visit family and friends in Colombia, Florida and Washington, D.C., I returned abroad for the second part of my volunteer service with the sisters in September, this time in Geneva, Switzerland. The Salesian Sisters have a human rights office there that promotes the rights of children and adolescents at the United Nations. In my new role, I would attend human rights discussions and write reports on associated topics such as unaccompanied migrants, the right to education, and youth empowerment.

It was a different experience and type of work, but it was a great transition from incorporating my volunteer service in Ethiopia to the human rights work at the international level in Geneva, which is also known as the "city of peace."

[Christian E. Ruehling was a volunteer missioner for VIDES+USA from January 2016 to December 2016.]