Notes from the Field includes reports from young people volunteering in ministries of Catholic sisters. A partnership with Catholic Volunteer Network, the project began in the summer of 2015. This is our eighth round of bloggers: Sarabella Muise is a Good Shepherd Volunteer in New York City, and Julianna Lewis is a VIDES+USA volunteer in Bogotá, Colombia. This is Julianna's third blog post. Read more about her.

St. John Bosco began a tradition more than 100 years ago that still is celebrated in Salesian communities around the world to this day: the Fiesta of Gratitude. It all began when two of the boys who Bosco was mentoring decided they wanted to express their thanks to him. They began saving up what money they could and eventually were able to afford to buy him two silver hearts. They gave this gift to Bosco, who recognized that this disposition of graciousness was extremely important in the formation of character in these children. He thus decided to set aside an official day dedicated to just this. This day would also serve to strengthen the spirit of family amongst the religious and the community, a fundamental aspect of Salesian works. During this festival, which is celebrated once a year on a date of their choosing, the sisters and lay people of each house gather together to express their gratitude for the director of that community and each of its members.

Casa Madre Mazzarello celebrated its day of gratitude on Sept. 28. We honored the director, Sor Beatriz Rodriguez, who is in charge of the more than 30 sisters who live here. The celebration incorporated all of the people who work at the house, including the kitchen staff, nurses and housekeepers. The day consisted of a special Mass followed by a toast and lunch feast where Italian food was served along with delicious sweets. Afterwards, we had an afternoon of cultural entertainment, which had been weeks in the making and included traditional Colombian dances performed by the lay staff, comedy routines and musical numbers. The day was filled with immense joy and intentional gratitude.

The province of Nuestra Señora de Las Nieves, in which Casa Madre Mazzarello is located, celebrated the Fiesta of Gratitude on Nov.10. On this day, representatives from Salesian houses located all over the province, even from several hours away, came together to celebrate the provincial head, Sor Leonor Diaz. It was a wonderful opportunity to unite sisters from all of the various locations that this province serves. The festivities included vespers, Mass and performances by student representatives of many of the Salesian schools in the province. Lunch was served and there was plenty of time for fellowship among the sisters.

Having experienced these two special occasions, I decided to show my gratitude for the sisters in my community by bringing an American celebration to Colombia. I wanted to share the tradition of Thanksgiving, Día de Acción de Gracias, with the sisters. At first, I was sad that I would not be able to celebrate the important holiday with my family back in the United States for the first time in my life. Reflecting further, I then realized that it was a wonderful opportunity for cultural exchange with the community I was living with and a chance to express my thankfulness to them.

The week of the holiday, I traced each of the 33 sisters' hands on paper. The night before Thanksgiving I cut and colored each of the outlines. I surprised the sisters the next day by making a bulletin board with drawings of their hands turned into turkeys, a common craft around this time of year in the States. Unable to find any pies resembling those baked in the United States, I bought the sisters two cakes to celebrate. As I cut the cakes, I explained the significance and history of the holiday to the community. I expressed my thanks to them for hosting me and for making me feel at home on another continent. The sisters had a special Colombian-style Thanksgiving meal prepared for me — vegetables and cheese piled over a fried plantain. I was extremely touched by this unique sentiment. Although I was not able to spend this holiday with my family, I came to see a new beauty behind Thanksgiving: the ability to be grateful for where God put me and to know that he is with me wherever I go. Ending the day in eucharistic adoration with the community of sisters revealed the importance and necessity of directing all of this thanks back to the one who made everything possible — Jesus.

The Thanksgiving spent in Colombia with the Salesian sisters changed the way in which I will celebrate the holiday in the future. This year's holiday was one of the most authentic I've had despite being outside of the United States. I learned that gratitude is really a giving of oneself. Just as the two boys gave St. Bosco silver hearts reflecting the gift of their own hearts, the students, lay people and community members expressed their thanks by preparing dances and songs, or gifts of themselves, for their directors. The true spirit of Thanksgiving is about giving of yourself to the people who surround you, whoever they are and wherever you may be. 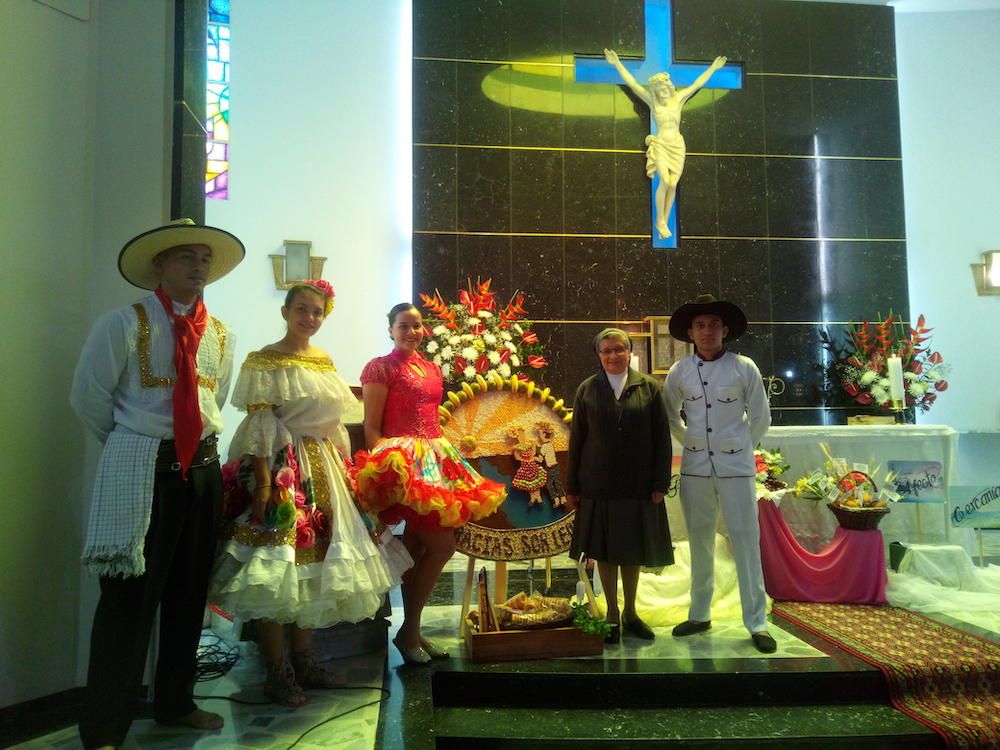 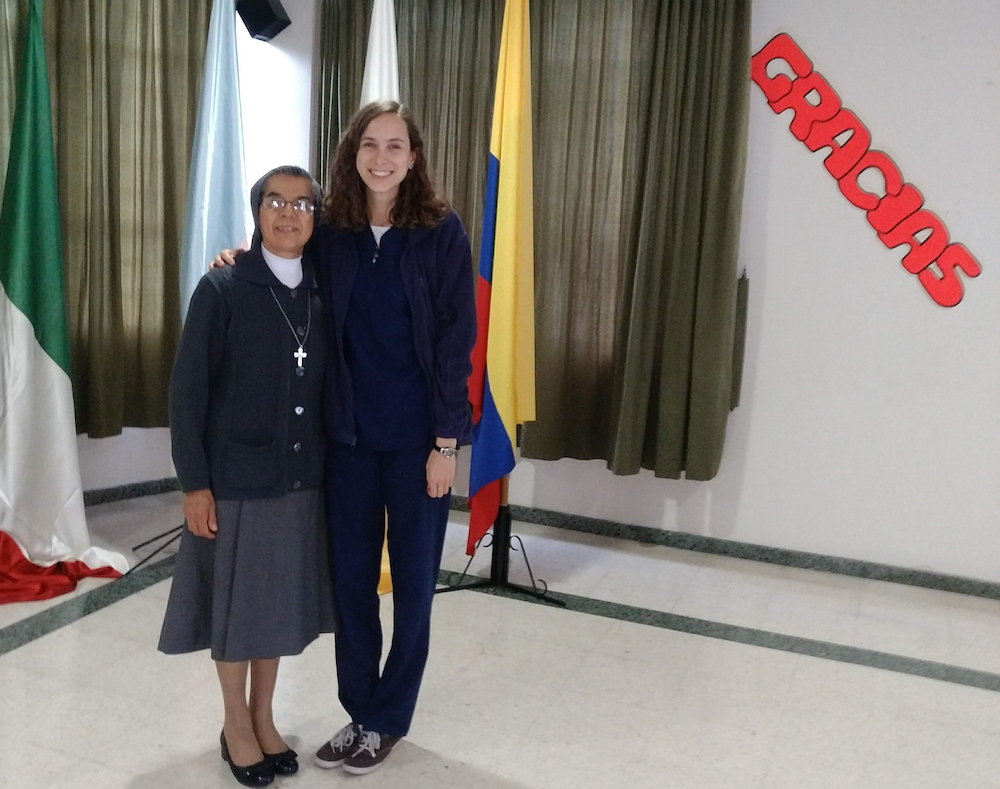 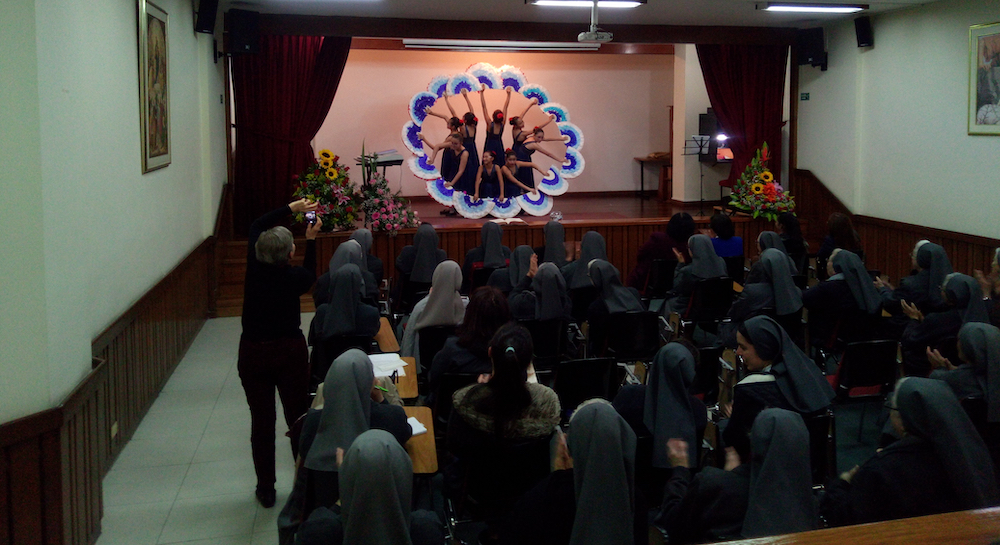 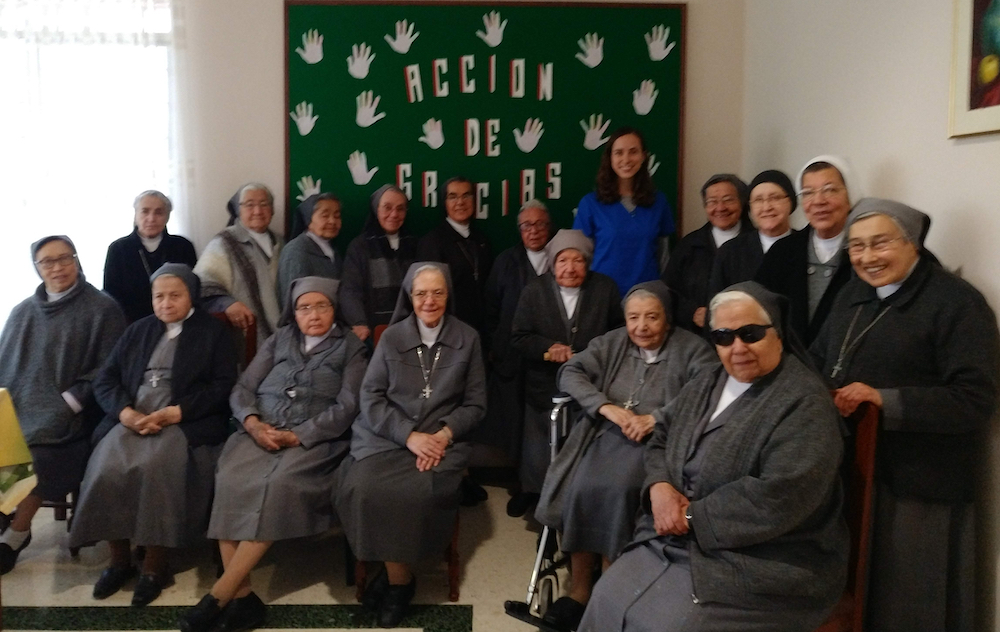