Notes from the Field includes reports from young people volunteering in ministries of Catholic sisters. A partnership with Catholic Volunteer Network, the project began in the summer of 2015. This is our sixth round of bloggers: Natalia Liviero is a volunteer with VIDES+USA serving in the Middle East, and Janie Rosko is a Humility of Mary volunteer serving within the Ursuline Ministries in Youngstown, Ohio. This is Natalia's final blog post.

The Salesian Sisters of Nazareth are a member of the Union of Religious of the Holy Land (Unione Religiose Terra Santa, or URTS), which includes Jordan, Cyprus, Galilee (Israel), and Judea (Palestine and Jerusalem). The union, which the Vatican officially recognized in 1993, has met about once every two months since its first meeting in 1975. Seventy-three congregations belong to the union, which includes 217 communities with 1,182 sisters.

I participated in the four encounters they have had since I arrived in Israel in September. The topic of discussion has been the analysis of a document about the relationship between the hierarchical and charismatic gifts of the church.

Fr. Marco Riva from Italy, who arrived in Israel in 1995, has been the ecclesiastic assistant for the Union of Religious of the Holy Land since 2011. In each encounter, he explains the discussion topics and celebrates Mass for the 30 to 40 sisters from the above-mentioned regions who attend. The meetings are a way to get to know each other, the work each sister is doing, and to hear from their experiences in terms of their relationship with the hierarchy.

On Oct. 1, I attended my first encounter in Jericho, Palestine, at the Franciscans' Terra Santa School with the sisters from Galilee and Judea. We were received by Abouna Mario from Lebanon, who gave some background on the school. Jericho has a population of 32,000 Muslims and 500 Christians (Catholic and Orthodox). The school opened in 2011 with 400 students; today, the number has increased to 900 thanks to a suggestion by a Muslim mother to add Islam as a religious class. The majority of the students are Muslim.

Abouna Mario invited us to meditate on the aridity within us in our religion and how we can flourish like Jericho, which is a green area in the middle of the desert. He shared an interesting experience: When he is at meetings at the Ministry of Education among a Muslim majority, he does the sign of the cross before starting the meeting. He said they respect him for practicing his faith in public.

On Nov. 19, we received the sisters from Galilee in our house in Nazareth. This time, we were honored to have the recently appointed patriarchal vicar of Galilee, Abouna Hanna Kaldani, from Jordan as our guest.

Abouna Marco, as everyone calls him, and Abouna Kaldani split us into groups to analyze the doctrinal congregation's letter. The groups were separated by language: Italian, French, and English, the group I attended. I was fortunate to have Abouna Kaldani in our group. We discussed the meaning and the importance of charism in the Catholic Church.

The New Testament compares charisms with the human body: "Between the members of the body, this diversity ... is both necessary and productive. It makes possible the fulfilment of diverse life-giving functions. If they were all one part, where would the body be? ... There are many parts but one body" (1 Corinthians 12:19-20). It is an excellent example of diversity: to accept people who are different from us and who can complement us.

We also discussed a question posed by Abouna Kaldani: if the superiors of religious congregations acted with authoritarianism and if they needed training in management and leadership. I was surprised by the openness of the priest and how close he was to secular life. I've been a manager for the last 15 years in the private sector, and I was surprised to hear a priest suggesting superiors in congregations needed training in management and leadership. The sisters agreed.

On Dec. 10, we met again with the sisters from the Galilee region at the Mount of Beatitudes in Tiberias by the Sea of Galilee. Abouna Marco started his presentation with the premise that the church has not yet made the leap into the present.

He referred to a book by Pope Benedict XVI, God and the World, and the current work of Pope Francis to bring the church closer to modern times — for example, welcoming divorced people back to the church; not judging people in the lesbian, gay, bisexual and transgender community; and being closer to people who live in poverty. Pope Paul VI during the Second Vatican Council added that hierarchy and charism should not walk parallel and separated, but together as members of one church guided by the Holy Spirit. In 1998, Pope John Paul II used the term "coessentiality" between the hierarchical and charismatic gifts for the first time.

Abouna Marco explained how Vatican II opened the doors to new charisms in the church and how in the last 20 years, 36 new communities of consecrated life have opened in the Holy Land, with 720 religious men and women.

Abouna Marco, in an attempt to bringing the church closer to reality, mentioned that bishops and mother superiors of the congregations are not "monarchy," but teachers, brothers and sisters in faith as was Jesus Christ, referring to their relationship within their congregations as well as with laypeople.

From Jan. 2 to Jan. 4, Sister Amal and I participated at a seminar with sisters from Galilee, Judea and Jordan to continue discussing the document. The seminar was in East Jerusalem at the Comboni Missionary Sisters' house. We had two and a half intense days of lectures and group work.

The English group was the most diverse: sisters from India, Poland, Portugal and Zimbabwe. I was chosen to be the note-taker and spokesperson. We had deep discussions about the situation of Catholic religious in the Holy Land and about the challenges they face within the broader sphere of the Israeli-Palestinian conflict.

In fact, the Comboni house has a kindergarten that was divided in two by the Israeli separation wall. The entrance to the kindergarten stayed on the Palestinian side and the main house on the Israeli side; hence, the parents who have a permit to enter Israel have to travel 20 to 30 minutes in the morning to drop them off, and many children stopped attending.

The recently appointed apostolic nuncio to Israel and Cyprus and apostolic delegate in Jerusalem and Palestine, Archbishop Leopoldo Girelli, came to the closing of the seminar to listen to our group work and extended a blessing and greetings to us from Pope Francis.

I've been the only layperson in these meetings, and the sisters and Abouna Marco have been very kind to me, interested in listening to my perspective, and thankful for my participation. They invited me to visit their congregations to learn the work they do and even to volunteer for them! 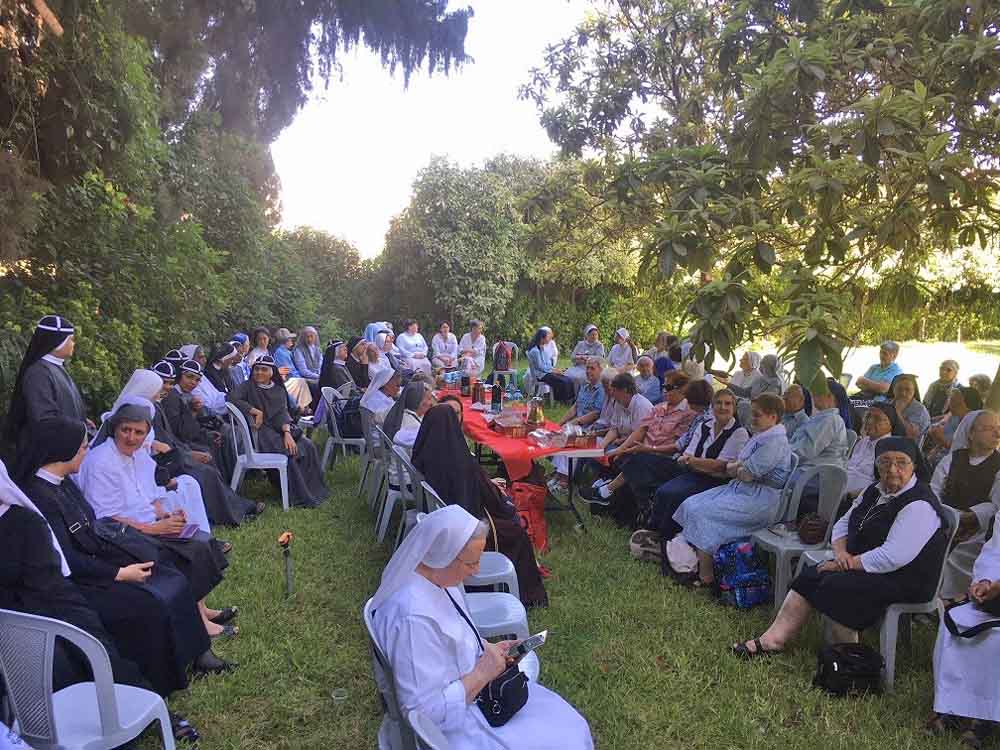 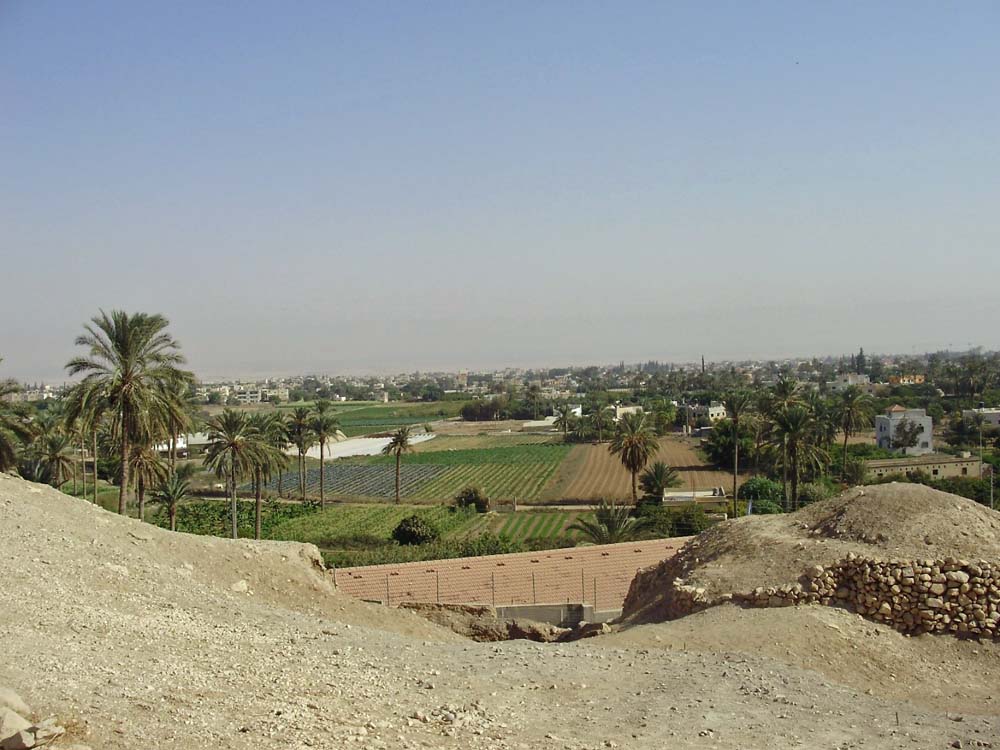 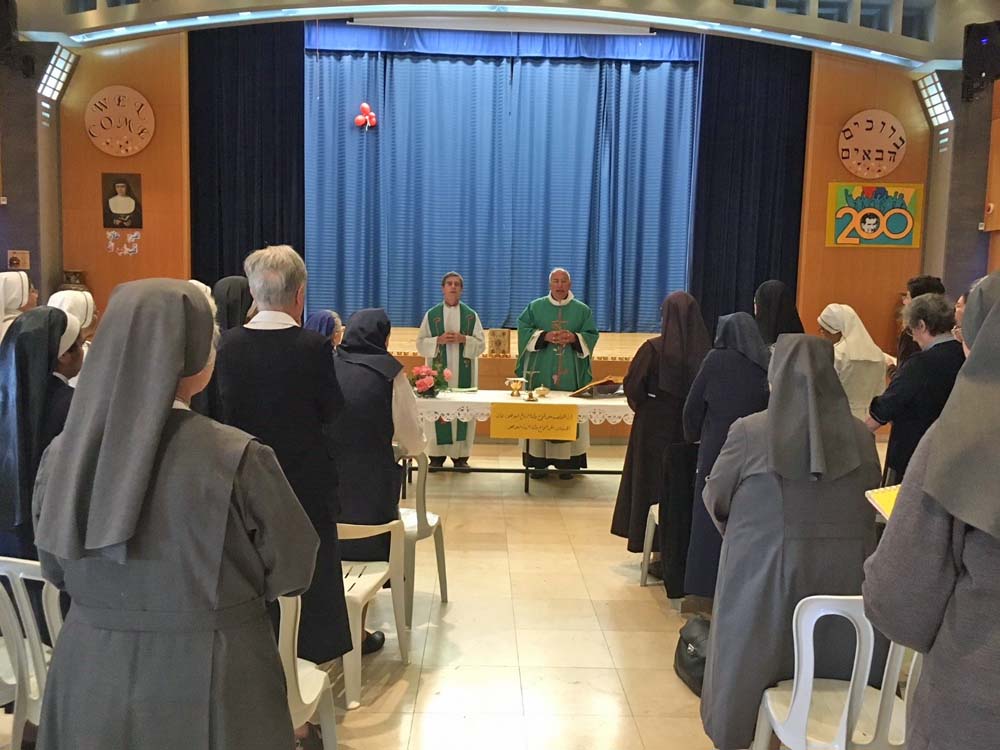 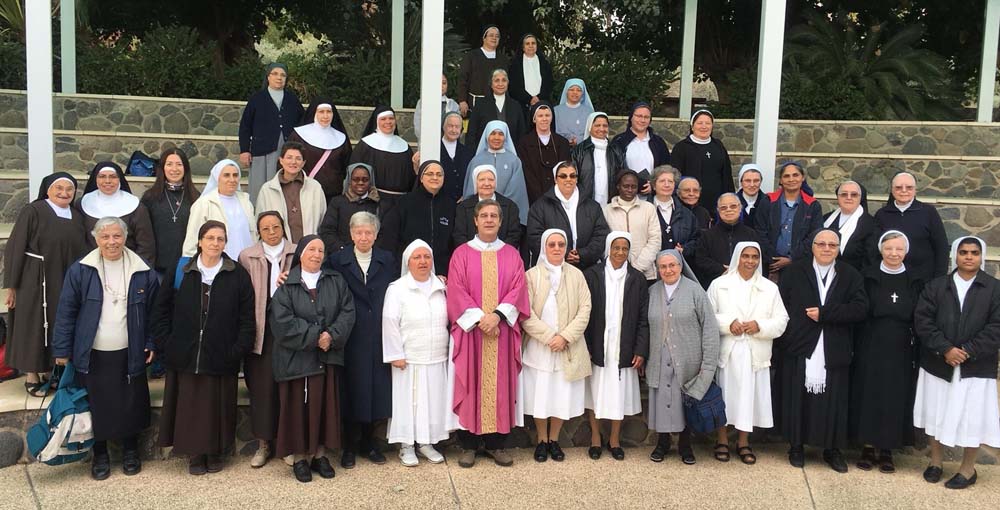 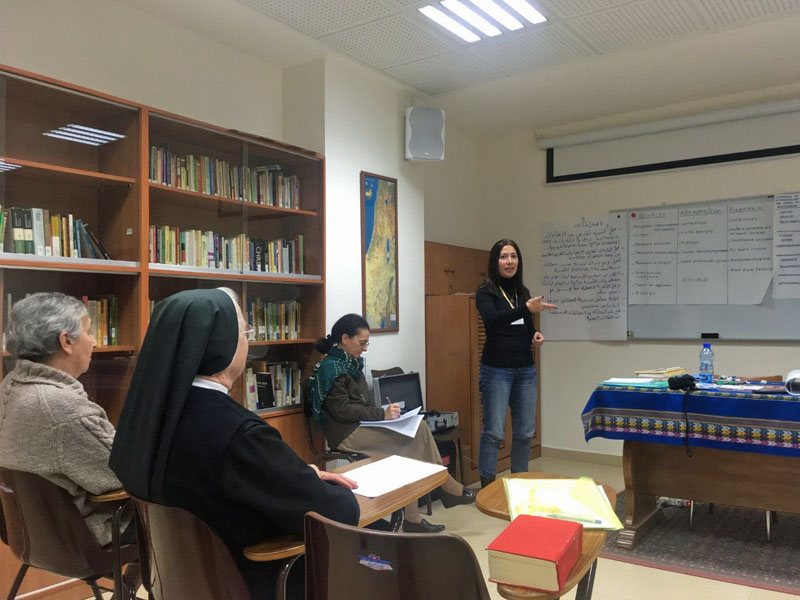