Notes from the Field are reports from young women volunteering in ministries of Catholic sisters. The project began in the summer of 2015 when, working with the Catholic Volunteer Network, we enlisted four young women working in Honduras, Thailand, Ethiopia and the United States to blog about their experiences. The fall series presents two more women, both volunteering with sisters' ministries in the United States. This is the first installment from Lydia Noyes.

After graduating from college in the spring of 2015, my husband, Ian, and I moved from Michigan to Kermit, West Virginia, to live and work at the Big Laurel Learning Center. There, we serve as AmeriCorps volunteers, splitting our time between aiding in classrooms in the local schools and working at Big Laurel.

I work in the high school agricultural department, helping students and maintaining the school greenhouse. At Big Laurel, we both help Sr. Kathy O'Hagan and Sr. Gretchen Shaffer get the word out about the center and explore ways to make it more sustainable by helping to host various work groups throughout the year. Ian and I are also working to restore our historic home (mentioned in the June 1971 edition of National Geographic!) by doing projects throughout the 450-acre land trust. These include but are certainly not limited to: splitting and gathering firewood, taking care of the animals, cleaning and restoring various buildings, using an earth oven to cook food, and finding better ways to use our rainwater/cistern system efficiently. Here's some more information about the work we do.

October was an extremely busy time here at Big Laurel. Three service project groups were hosted here in as many weeks, and I had the head cold to prove it. Each group was unique in its goals and background, but each was a blessing to all of us here on the mountain.

The first and biggest group was of students on fall break from Wheeling Jesuit University. Wheeling has been sending students to Big Laurel for years, and their weekend here is an opportunity to get all the wood we need for winter chopped and stacked. Ian and I spent the days before they came with big mountain men and seemingly bigger chainsaws that worked together to fell tree after tree, then we sectioned them up and hauled them to the small bunkhouse at Big Laurel.

There, the logs awaited the arrival of college guys in torn flannel eager to show off their inner lumberjack. For those less eager to swing an ax, there was cut wood to be sorted and stacked, buildings to be cleaned, the garden to be winterized, and a multitude of other tasks ensuring that no one would be standing around with nothing to do.

When fall break began, boisterous college kids filled the Big Laurel dining room to its max with their bodies and booming voices. After weeks of our being almost isolated, the influx of energy was both overwhelming and intoxicating. Work began in miserable conditions, though the driving rain and cold wind encouraged everyone to keep moving, so our pile of wood shrank at a steady rate. Within a day and a half, the pile was gone: The wood was stacked in neat cords throughout the property. The students then were able to enjoy the rest of their time on the mountain as a restful retreat from the chaos of college life.

One week later, we were at it again, but with a distinctly different group: alcoholics in recovery. Project FACTS has used Big Laurel as a retreat center for years to aid recovery by allowing participants to reflect on their lives and giving them a sense of personal achievement through service projects. Although they were less energetic than the college group, the participants had a similar drive to work hard and miraculously turned an endless supply of coffee into a fence around the perimeter of our garden. The only ones less than thrilled were the deer that liked to nibble our pear trees.

The third and final group proved to Ian and me that you can even get your friends to work for you if you make it seem fun enough. Though we live four hours from Cincinnati, the two of us are considered part of the city's AmeriCorps team. When the rest of the Cincinnati group wanted to come our way, we were more than happy to host them for a weekend of socializing and good food in exchange for getting some major work done on our chicken coop. For a brief few days, our big, drafty house was stuffed with bodies and laughter, and the group's departure left a feeling of emptiness in its place.

Though I have now been intimately involved with organizing and leading three service projects at Big Laurel, it's still very strange to be on the receiving end of them. Throughout high school and college, I went on numerous short-term mission trips and service projects, though I never was much of a fan. My education in international development has made me naturally skeptical of these kinds of projects. Often, the work accomplished could be done more cost-effectively with local labor, and having rich outsiders complete projects creates a "savior" complex between the visiting workers and the long-term residents. When Helping Hurts, a book by Steve Corbett and Brian Fikkert, is an excellent study of the sorts of problems these projects create unintentionally.

Having people do the work Ian and I could do ourselves felt wrong and a little self-serving, and I didn't expect to enjoy it. So imagine my surprise when my first experiences being served were simple, powerful and, honestly, delightful.

There are a few reasons why I think this was. The work was the sort that those of us who live up here absolutely could have done ourselves, but the cost in both time and money was unrealistic. Having extra people willing to work hard was a gift to us without creating a sense of being saved. Instead, it will allow Ian and me to do other things this fall to further the mission of Big Laurel instead of tedious upkeep chores like preparing firewood. Big Laurel can be more effective with its limited time and resources because of these service projects.

Also, the work required was straightforward and allowed everyone to instantly be involved in one or more aspects of the process. It doesn't take a lot of specialized knowledge to chop and stack firewood, and the fence crew worked with a competent leader who could teach them the necessary steps. This was especially helpful for the recovery weekend, because working toward a goal with others helped restore a sense of self-worth and personal achievement for the participants that substance abuse had stripped away.

The visiting groups helped me better resonate with the mission of Big Laurel to be a place of retreat for all people of all sorts, and I am very proud to help this organization in any way I can, even and especially if it means allowing others to serve us. 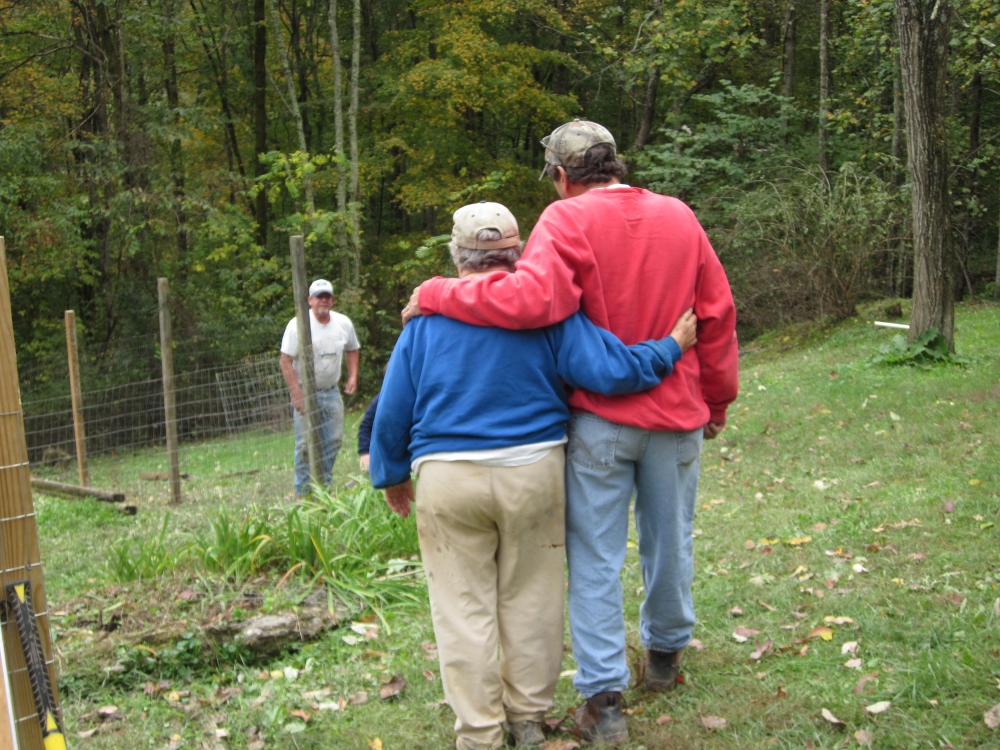 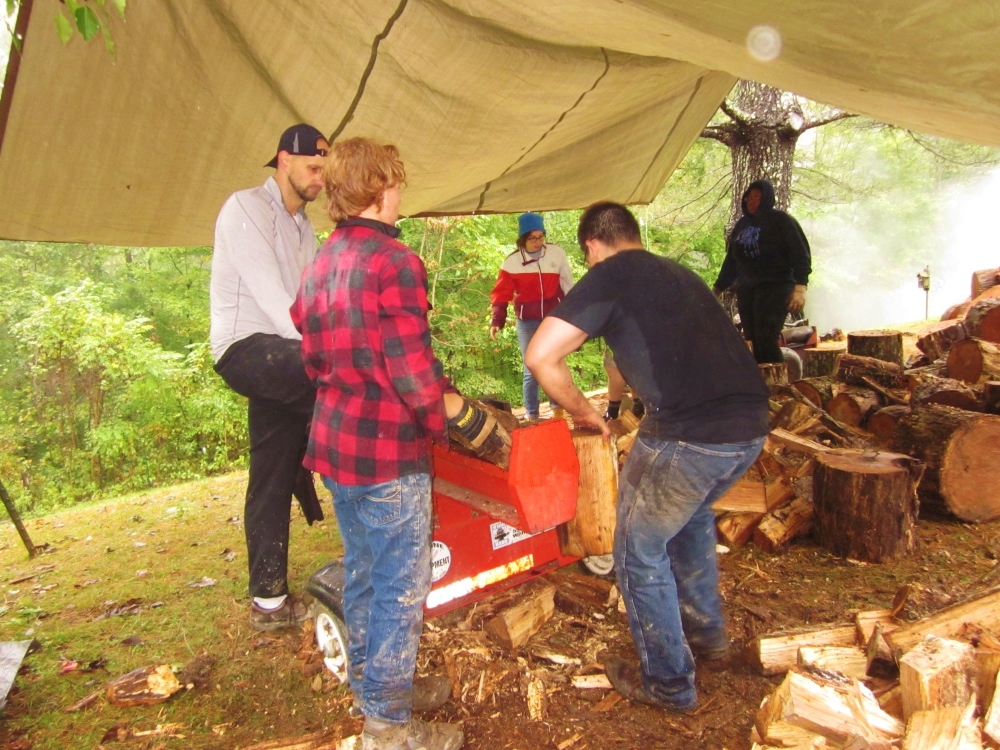 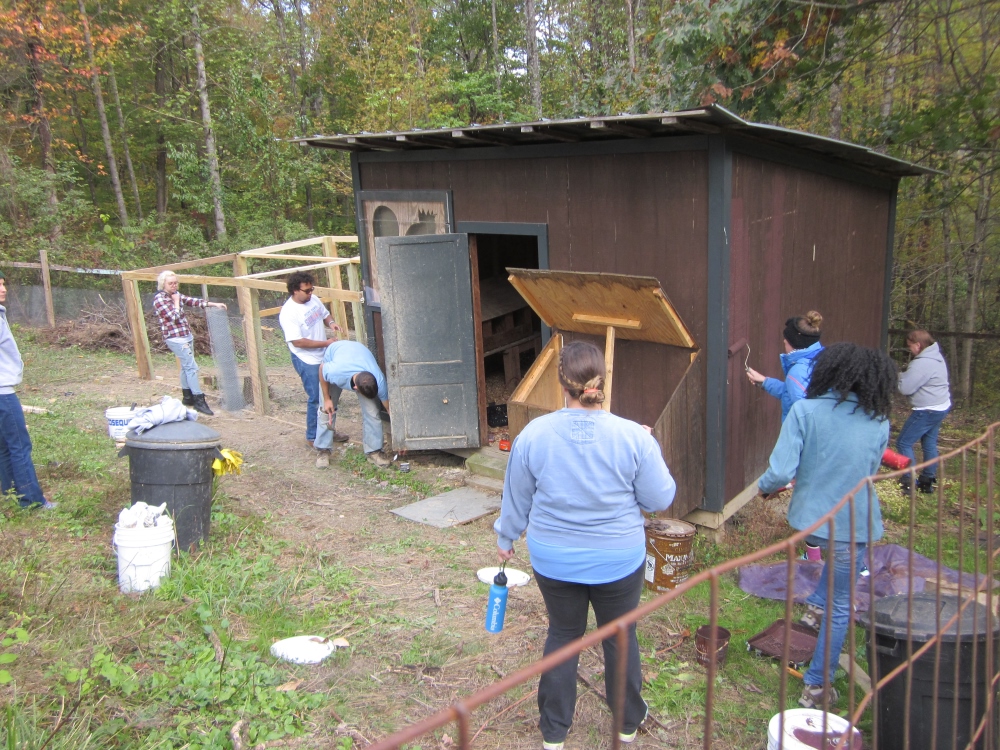 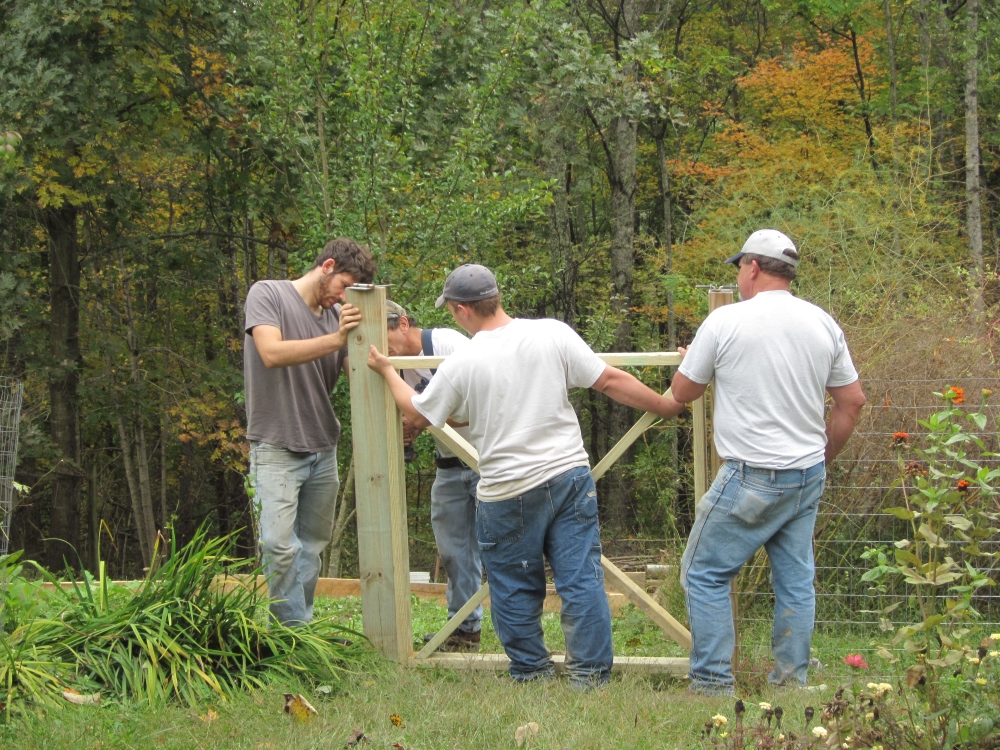 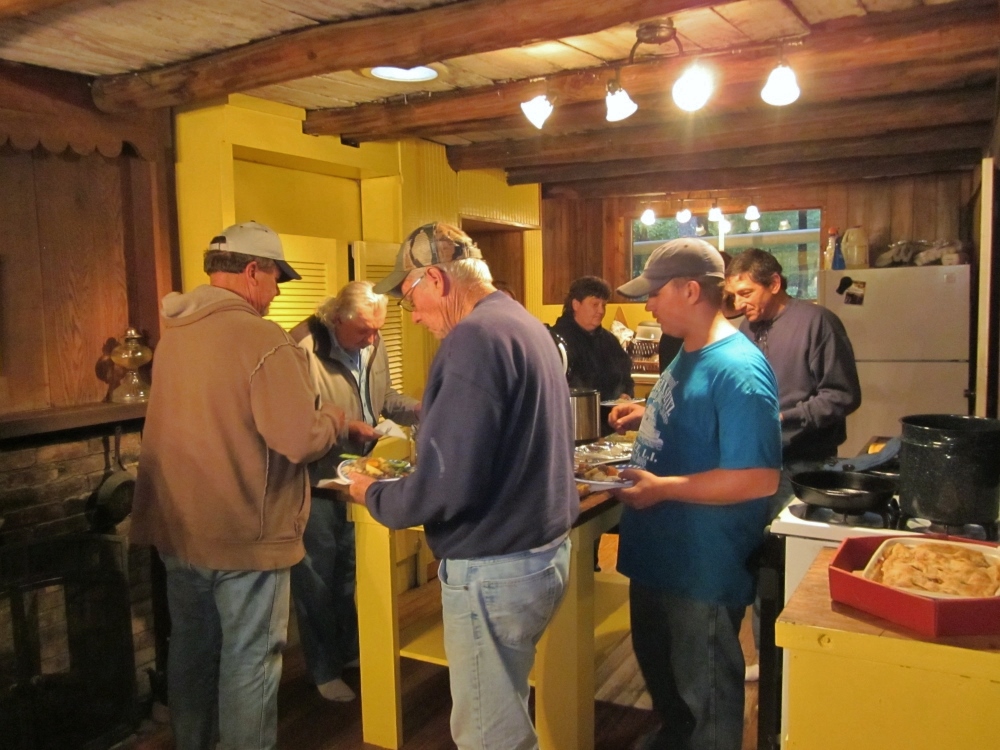