by Sharon Zavala
This article appears in the Notes from the Field feature series. View the full series. 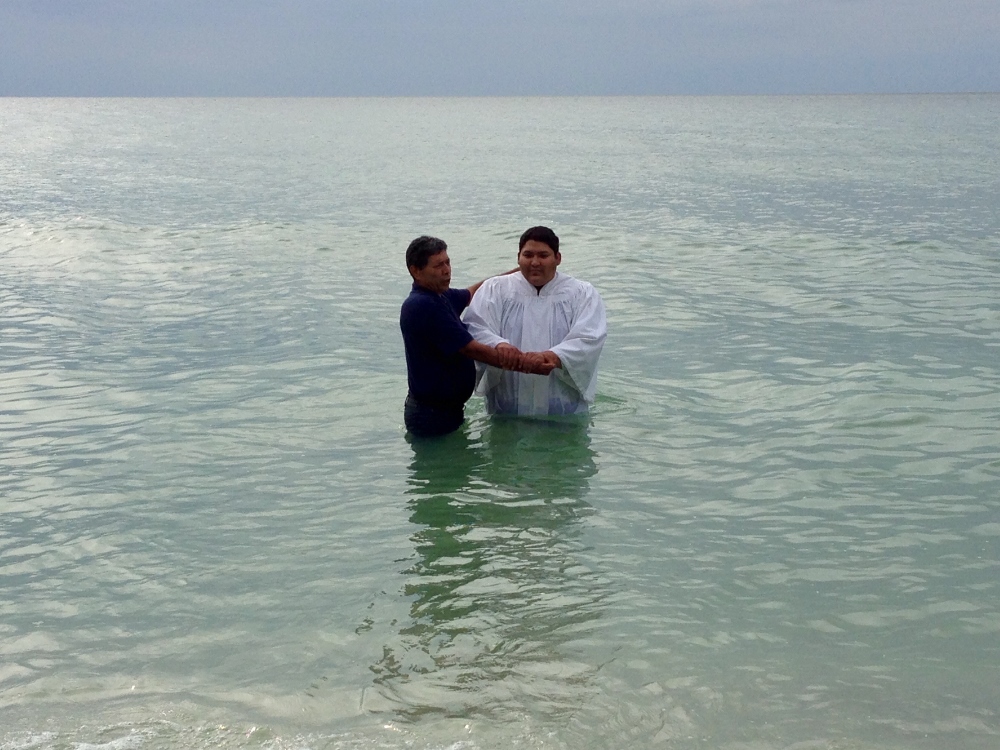 My co-worker Primo getting baptized at the beach surrounded by family and members of his church. (Sharon Zavala)

Immokalee, Florida — Notes from the Field are reports from young women volunteering in ministries of Catholic sisters. The project began in the summer of 2015 when, working with the Catholic Volunteer Network, we enlisted four young women working in Honduras, Thailand, Ethiopia and the United States to blog about their experiences. The fall 2015 series presents two more women, both volunteering with sisters' ministries in the United States.

"Immokalee" in the Seminole language means "my home." There is no better way to describe what this town has been to me the last five months. It has truly become my home. Since I started living here, everyone has been nothing but welcoming, inviting and willing to help in every way.

I can honestly say that every person I have met in town has been so humble and willing to make me part of their family. I noticed this when my co-worker invited me to his baptism at a beach in Naples. For him, this was an important step in his life, and I was blessed to have been part of it.

My co-worker's whole church community was there, too. As soon as I arrived, they received me with their arms open. His mom and aunt insisted that I eat grilled chicken, pico de gallo, rice, pizza and tacos, even though I already had eaten an hour before.

After the meal, my co-worker asked me if I could help him put on the traditional white gown. The baptism ceremony began, and I was given a Bible to join others in singing the chorus. We all stood in a circle, and the pastor started preaching. After a short service, the pastor and my co-worker headed to the water, where he was submerged and finally baptized. As soon as he came to the surface, the sun emerged from behind the dark clouds. For the rest of the day, I talked and laughed with his family members. It was a great afternoon spent at the beach full of admirable company and delectable food. 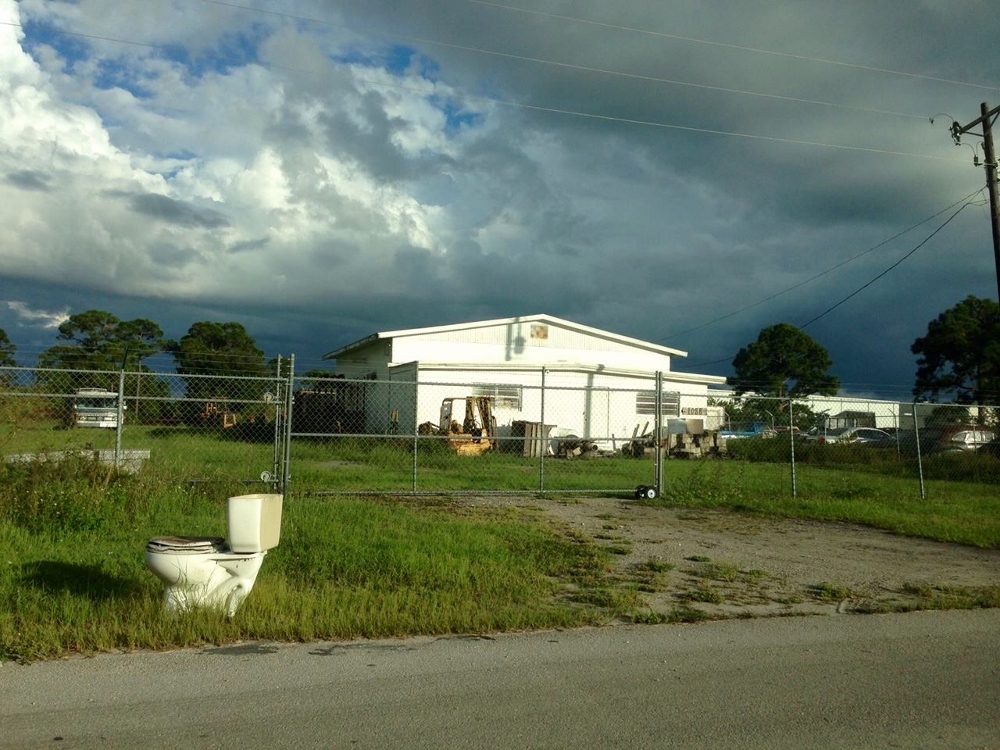 This picture depicts the level of poverty that tends to exist in Immokalee. (Sharon Zavala) 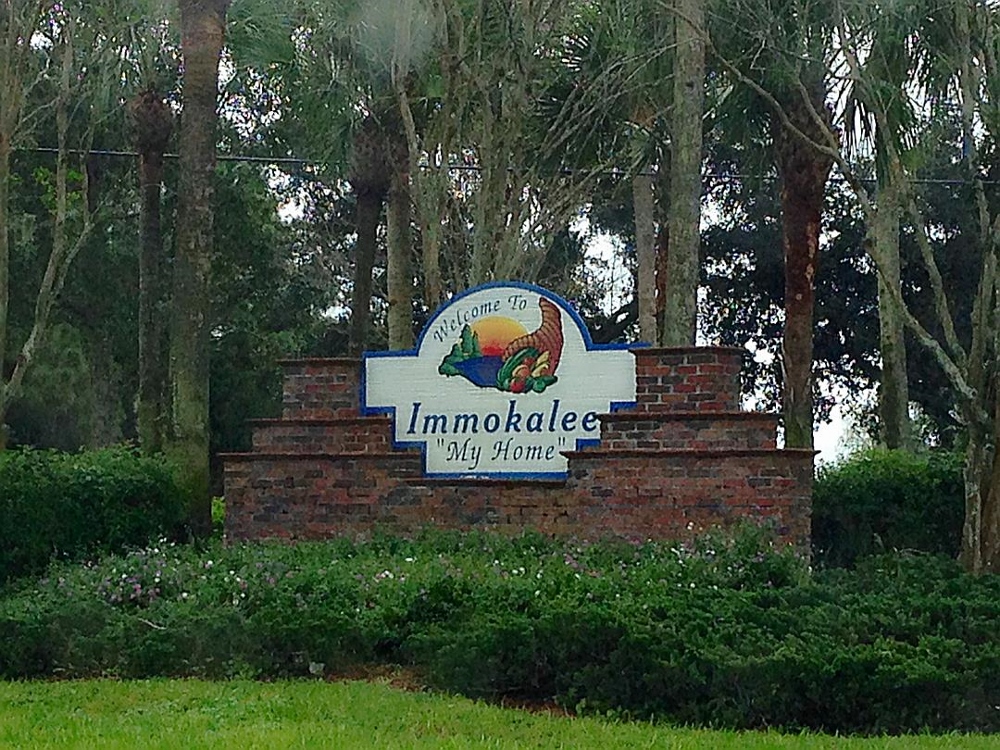 When you get to town, this is the first sign you see. (Sharon Zavala)

For consecutive weeks, my supervisor at the University of Florida has brought me four or five hands of mini bananas from her banana tree at home. This is not surprising, as she is constantly trying to keep me involved not only at work, but also when it comes to food.

At first glance, I thought they were your regular bananas, except smaller. But as soon as I had my first bite, I knew right away that these had a different taste. I loved them because they had a hint of vanilla. When I asked her why these bananas tasted so different, she told me that there are about 1,000 varieties of bananas. These particular ones are called "praying hand" bananas because they look like hands that are in prayer position. I noticed that these bananas grow tight and exactly next to each other.

When I saw them, I could not help but think of how metaphorically similar these bananas were to the town of Immokalee. Just like the "praying hand" bananas, Immokalee is a tight-knit and hospitable community that is constantly working toward a better future for the farmworker population.

Immokalee is a very small town with a big heart. Just recently, someone asked me to describe Immokalee in a sentence. It took me a few seconds to answer such a difficult question. Images would pop in my head of the people and children from the Guadalupe Center, Coalition of Immokalee Workers, University of Florida, and Catholic Charities. At that point, I knew my answer.

Immokalee is a place where everyone is willing to help each other, which creates this sense of community. This has certainly been proven by all of the organizations I have visited whose main concerns are the farmworkers and their families. 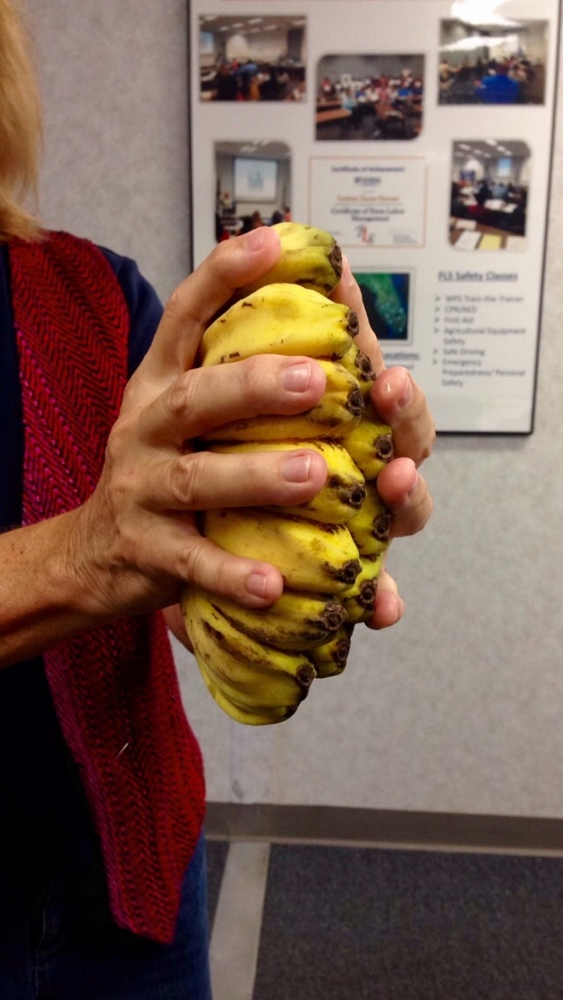 Farmworkers have made the greatest impression on me thus far. Getting to know and speak to farmworkers almost on a daily basis has opened my eyes to issues I never thought existed. The health and overall well-being of farmworkers is relevant for all Americans because these individuals make up the backbone of our agricultural system. They support not only Florida's economy but also the U.S. economy by producing the food we eat. Theirs are the hands that feed us.

It is incredible how such a small town can make you learn and grow and how much of an impact this can have on your life. This may be my last blog entry with the Global Sisters Report, but the self-reflection on my experiences in Immokalee will not stop here. I know that in my remaining five months of service, I will continue to learn so much more from the people and the issues that surround this great town.

Out in the tomato fields: Putting myself in the shoes of farmworkers

Weaving a network of those who can make a change

My small part in educating women in the tomato industry

Christmas in Immokalee brings me back to my roots