But now the BBC is offering an in-depth look at Ebola and exactly how it fits into the pantheon of scary diseases.

Ebola’s basic reproduction value – the number that represents how many other people an infected person usually spreads the disease to – is just 1.7, while that of measles is 17.

And while this Ebola outbreak’s numbers keep climbing (it has almost reached 8,000 deaths), compared to other outbreaks, such as 2009’s Swine Flu H1N1, it is very small.

Even among causes of death in Africa, Ebola ranks at the bottom.

Still, the disease has been devastating, and The Washington Post presented lessons learned from the outbreak.

Many of the lessons, such as relying on local leadership and respecting local cultures, were old hat to missionaries who had been in affected countries for a long time, but that wasn’t the case for the big international response that came later, and learning those lessons cost time, money and, most importantly, lives.

“The United States developed a plan in late summer for a massive intervention in Liberia, centered on the construction of up to 17 large Ebola treatment units – but then the infection rate began dropping rapidly,” the article says. “The result is that Americans are, at great cost, finishing ETUs that have many beds but few patients. These are temporary structures that can’t be used for other purposes and, when the epidemic is over, will probably be burned to the ground.”

In the meantime, some lessons are having to be learned all over again as the epicenter of the outbreak moves: The Associated Press reported that officials in Sierra Leone are starting a campaign to dissuade people from traditional burial practices, such as washing the dead – the same efforts made previously in Liberia. In Sierra Leone, the number of new Ebola cases continues to rise, and officials estimate up to 70 percent of infections may have been caused by traditional burials.

And though nearly 8,000 people have died in this outbreak, more than 20,000 have been infected, meaning a majority have survived the deadly disease. What is it like to survive Ebola? National Public Radio talked to Dr. Senga Omeonga, the general surgeon and head of Infection Prevention Control at St. Joseph’s Catholic Hospital in Monrovia, Liberia, the hospital that closed after Omeonga and 14 other hospital personnel were infected. Six of them died.

“I learned the suffering of Ebola,” Omeonga told NPR. “As a doctor, I'd never seen a disease like Ebola. What I experienced with Ebola, I don't think there is any sickness that can equal Ebola symptoms – the way people feel in the body. I don't want these [Ebola patients] to go through what I went through. It's a very, very unbearable disease. Even after surviving, when you think about what you went through, it's not easy.”

He lay near death for days, and only got better after receiving ZMapp, the experimental anti-Ebola drug.

“You don't feel like [you're] living in a normal world anymore. The ETU is like a living war or hell. It's like you're living in hell,” he said. “The only person you see is the nurse, and they even stay a distance from you when you talk, so no touch. So you feel like. . . I don't know how to describe it . . . maybe a ghost.”

And finally, The New York Times published a lengthy, in-depth look at the most painful lesson of all: How officials in May had a chance to stop the outbreak when it had claimed just a few hundred victims, but missed the signs and thus the opportunity:

‘This is close to over,’ [CDC top Ebola expert Pierre] Rollin told himself, a view common among the virus hunters. ‘That’s it for this outbreak.’

Or so he thought.

Previous outbreaks had started in remote villages, the Times story says, where the virus could be surrounded and isolated. Those outbreaks had killed fewer than 1,600 people.

But, “In some of the worst luck in epidemiological history, this outbreak occurred at the bustling intersection of three of the world’s poorest and least developed countries.”

And when officials missed signs that Ebola had spread its tentacles, it exploded much faster than it could be contained.

“Not long after his return, Dr. Rollin noticed disturbing trends in the reports landing in his inbox. First, an uptick in cases in southeastern Guinea. Then the first confirmed infections in neighboring Sierra Leone. Then a death at a hospital in Monrovia, Liberia’s capital, and the first case in Conakry in a month.

“After a deceptive lull, the virus was back, with ruthless force.”

Here’s to paying closer attention to what happens to those seemingly far away. 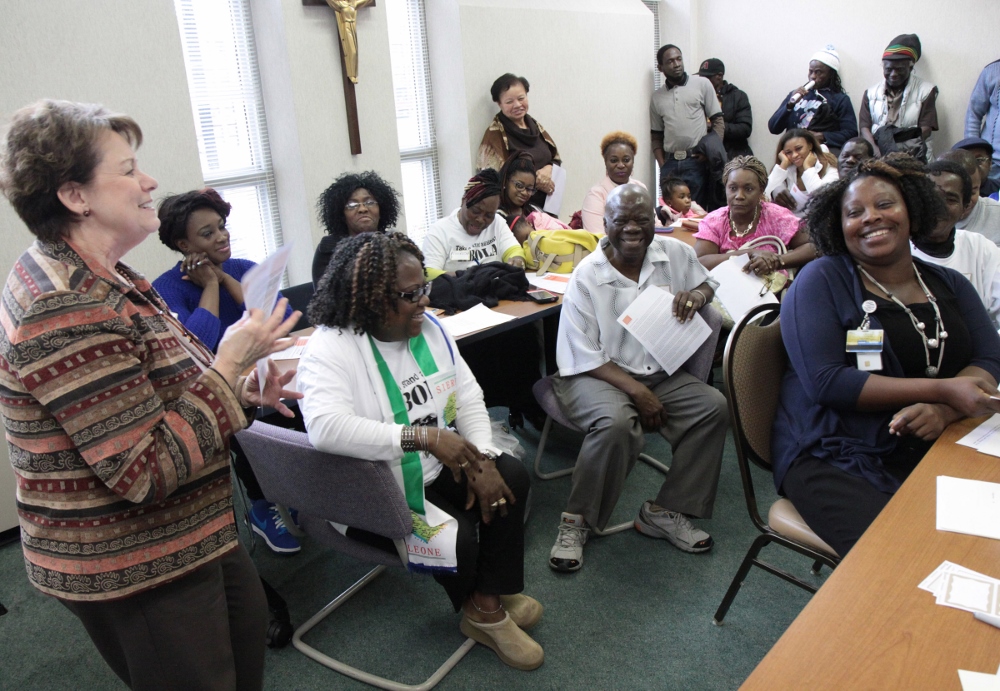