One of the volunteer projects I enjoyed the most during my stay in Jordan was the Caritas Music Project that started in June. Caritas offered this project throughout Jordan, in the cities of Amman, Madaba and Zarqa, aiming to integrate Syrian Muslim refugee children with Jordanian Christian children, ages 6 through 12. And the Salesian Sisters' house in Amman opened its doors to refugees once again.

The project consisted of two classes, one on the recorder and one in singing, with one teacher per class. The afternoon classes were held on Mondays, Wednesdays and Thursdays, and in July, Caritas added classes on Sunday mornings. Sister Rasha was responsible for the project, and Nataly, a young woman who lives with the Salesian Sisters, and I were preparing and distributing the snacks during the break, among other tasks, covering for each other as needed.

Music is one my passions. I studied piano for four years in my native Buenos Aires when I was a kid. I was always good at the recorder in school, and last year I took lessons with a renowned Argentinian soprano in Miami to improve my voice.

I participated in the classes, assisting the teachers and accompanying the kids to get water or go to the bathroom. It was great because it helped me interact with the kids while improving my Arabic, learning the dynamics of a classroom with children — and always carrying a VIDES smile.

During the month of July, I could help more with the kids during the recorder class. I asked the teacher, Johnny, if I could take the kids who needed help into a separate class and start from scratch. I had noticed they couldn't read the notes written on the whiteboard. From then on, I was more active helping the kids play the right notes on the recorder. But this first class was a challenge to me since I don't have experience as a teacher or working with kids, and I had to conduct the class in Arabic.

The first time Johnny gave me seven children, the youngest and more hyperactive ones. I wanted the class to be organized and disciplined. I wrote the notes on the board and called the students one by one to the front to play each note to make sure they understood what they were playing. Only Riana, a little girl from Syria, didn't want to participate. I called in Jude, the coordinator, to ask Riana in Arabic why she didn't want to participate, and she just said she didn't want to. My instant reaction was: If she is here, she should participate; otherwise, we should tell her parents she can't continue coming. But, right after that thought, I paused and felt compassion toward her. I reminded myself that she was a refugee child, that her life at home might have been difficult, and that at least she was having some fun here with all the other kids. At the end of the class, after I ensured that everyone, except for little Riana, knew the main notes on the recorder — si, la, sol — I let them play with each other until it was time for the break.

In August, Sister Lina, the provincial of the Middle East house who is from Lebanon, asked me to go with Sister Nuha, who is from Iraq, to Our Lady of Peace Center in Amman to keep her company until the other sisters arrived. One sister had changed houses, and the other sister was visiting her parents in her native Syria after the spiritual exercises they had attended in Lebanon. I spent 14 days with Sister Nuha and helped with kitchen and church chores. There wasn't much to do, so I took time to rest and to study Arabic in preparation for my mission in Nazareth.

The Our Lady of Peace Center was founded by the Catholic Church in 2004 as a rehabilitation center for kids with disabilities, serving Jordanian Muslims and Christians. The center also works in different peace initiatives and, together with Caritas, hosts Iraqi and Syrian refugees in several programs. It's a beautiful property at the bottom of a green hill where you see Bedouins with their sheep and experience a peaceful atmosphere.

The center is also the house of the Emeritus Archbishop Maroun Lahham, the patriarchal vicar for Jordan, and the Emeritus Archbishop Fouad Twal, the patriarch of the Latin Patriarchate of Jerusalem. I had seen Patriarch Twal in Holy Week ceremonies in Jerusalem during a week's vacation I took to the Holy Land in March 2013. I met him at a farewell reception for Chargé d'affaires of the Apostolic Nunciature in Amman, Msgr. Roberto Cona, at the Italian Embassy, and he also celebrated our daily Mass at the center's chapel. He was always kind and invited me to join him and his volunteers for meals, like a grandfather making sure I was fine and a part of the community.

My time at the sisters' house at Our Lady of Peace Center was quiet, but I kept myself busy. Most importantly, I met other volunteers — Remy and Claire from France, Elizabeth from the U.S. and Katherina from Germany. We remained friends, and it was the most important aspect of that experience.

This blog concludes my experience in Jordan, a four-month span that passed by so quickly and so amazingly, meeting wonderful people every day and sharing life in Christ while serving others. 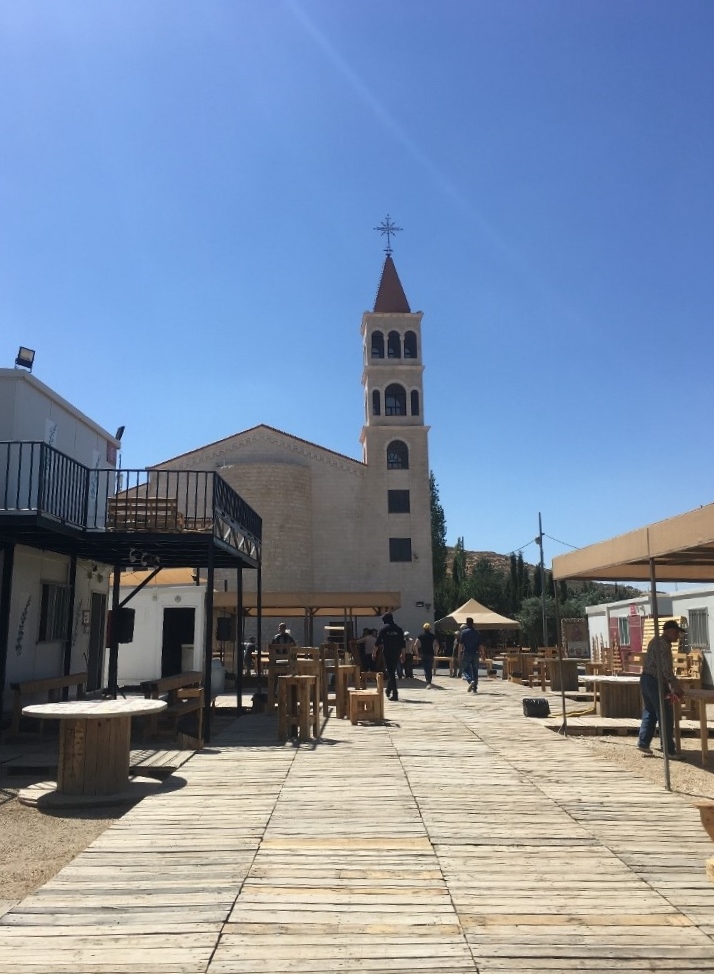 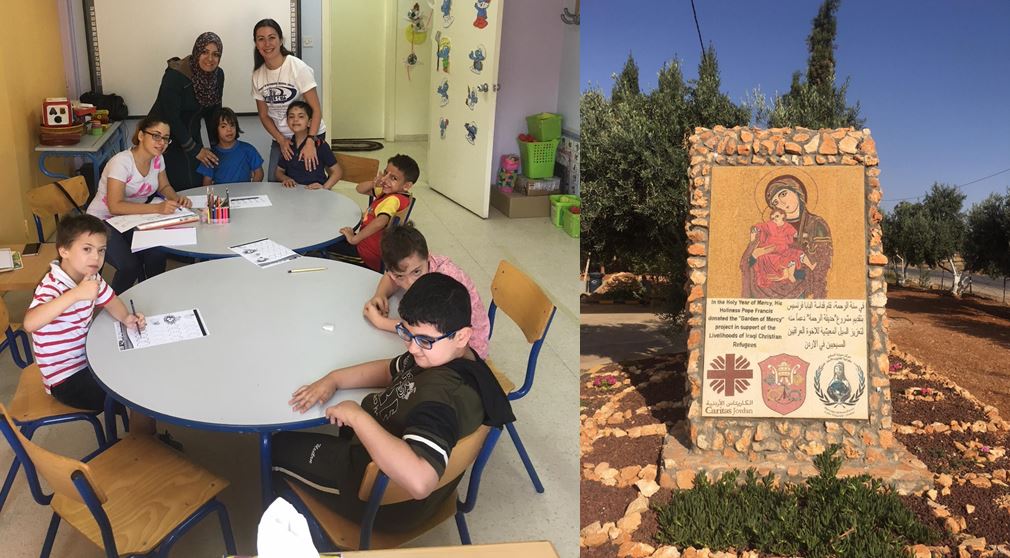 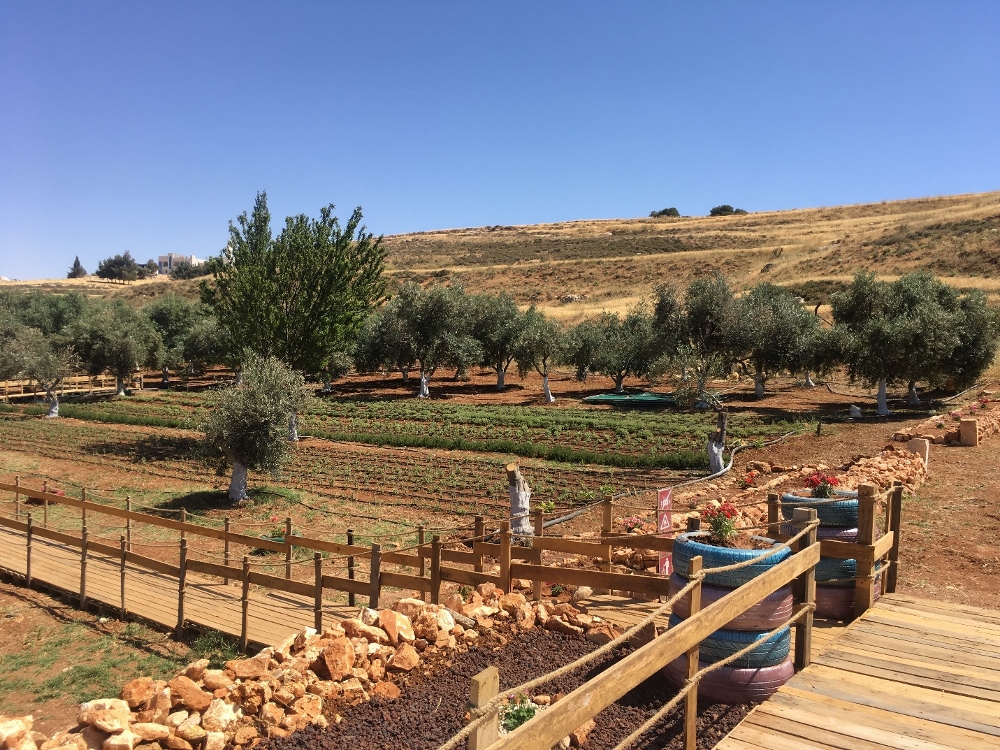 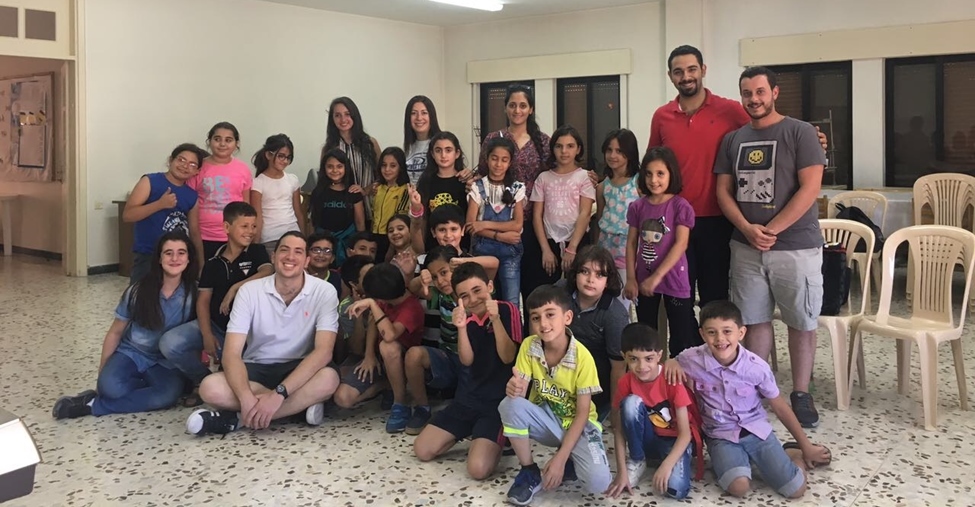