Editor's Note: The U.N. High Commissioner for Refugees released the 2013 Global Trends Report on June 20. This blog has been updated to reflect that report.

Television and computer screens here in the U.S. are filled with disturbing scenes of people fleeing violence in Iraq and Syria. Once in a while we get a glimpse of the children from Central America flooding across our southern border. A short while ago, we heard about South Sudan. And before that . . . where was that other place people were fleeing from? How many more places are there that we don’t ever hear about?

For many of us it may all seem so far away, so far removed from our lives, so overwhelming. Maybe we’d just rather not even hear about it or see images of those desperate people.

Pope Francis warned us about this “globalization of indifference” on his first trip outside of Rome to the southern Mediterranean island of Lampedusa, a major arrival point for people leaving Africa and the Middle East. "So many of us, and I include myself, are disoriented," the pope said. "We're no longer attentive to the world in which we live. We don't care about it; we don't take care of what God created for all; and we're no longer capable even of taking care of one another."

World Refugee Day, designated by the United Nations as June 20, provides a prime time to become oriented, more attentive to the world in which we live and to commit ourselves to a “globalization of compassion.”

We’re still trying to get oriented to the reality that we live in a global world. Visuals usually help. The Refugee Project has created an interactive map showing the movement of refugees from 1975 to 2012. By clicking on the map, we can see the countries of origin, destination, numbers and ratios for each year. Hovering over a country shows how widely dispersed the refugees are. There is a wealth of information here.

Every June the United Nations High Commissioner for Refugees (UNHCR) issues a Global Trends report with the statistics for the previous year. As of the end of 2013, 51.2 million people were estimated to be forcibly displaced worldwide, the highest since World War II and a 6 million increase from 2012. The large increase was mainly due to the war in Syria. An estimated 10.7 million of these were newly displaced in 2013.

The total of 51.2 million includes 16.7 million refugees. (Refugees are persons forced to flee their country due to persecution, war or violence.) The major source countries for refugees were Afghanistan, Syria and Somalia. Afghanistan has been the top country for the last 33 years. Developing countries host over 86 percent of the world’s refugees – with Pakistan, Iran, Lebanon and Jordan taking the lead. Comparing the number of refugees with the overall population is even more revealing: more than 1 million Syrian refugees have fled to Lebanon, amounting to nearly one fourth of Lebanon’s population.

An estimated 33.3 million, known as internally displaced persons, were forced to flee to places within their own countries. This is the highest number ever recorded. Syria, Colombia and the Democratic Republic of the Congo had the most IDP's.

More resources and up-to-date news can be found at www.refworld.org, including the report “Survivors, Protectors, Providers: Refugee Women Speak Out.” The women speak about the prevalence of sexual violence. On June 10 to 13, a Global Summit to End Sexual Violence in Conflict was held in London. Read the summary and statement of action and more stories about the summit.

The number of refugees and internally displaced persons do not include those persons forced to flee or migrate due to extreme poverty, natural disasters or the consequences of climate change.

We can get lost in the numbers and forget the individuals they represent. For your meditation on World Refugee Day, I invite you to see their faces and read their stories.  Be attentive to how interconnected we are. Be introduced to some of your sisters and brothers. Pray for them. Give thanks for their resiliency and what they are teaching us. Pray for the many people who are coming to their assistance. Give thanks for their dedication. Join the Leadership Conference of Women Religious (LCWR) and people around the world who are praying, with the Dominican Sisters in Iraq as they courageously remain with the people they serve.

Opportunities abound for creating this globalization of compassion from wherever we are. Political, economic and religious policies need to change both where people are fleeing and where they are going. Humanitarian relief is desperately needed. Empowerment of women is key to addressing underlying causes. Honoring each person as sacred and recognizing each as our sister or brother forms the foundation. 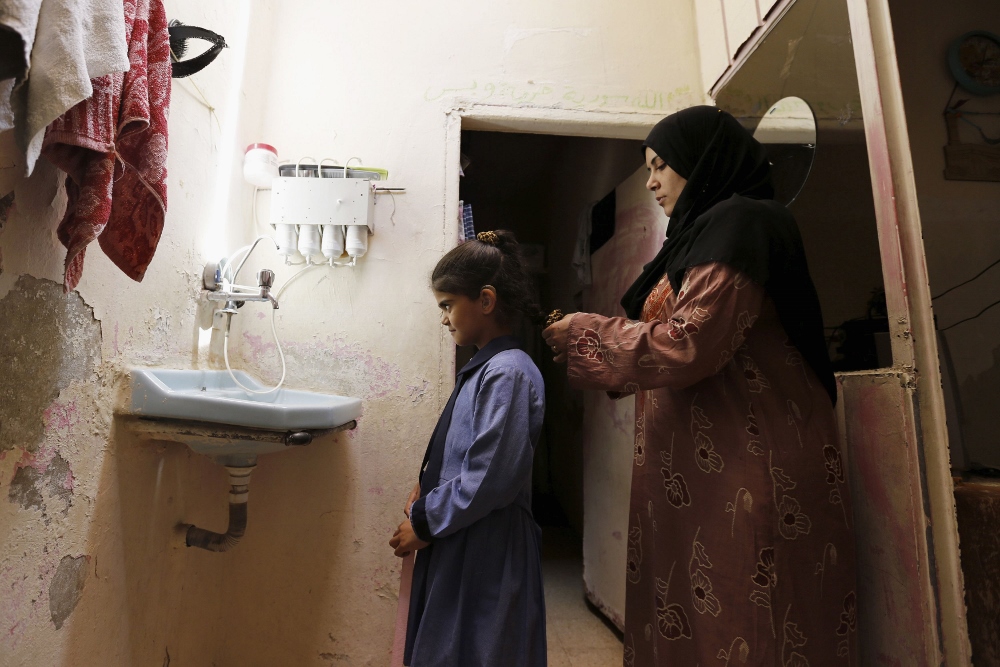