Sr. Joeyanna D'Souza is the first woman elected to leadership of Signis India, the Indian chapter of the World Catholic Association for Communication. The Daughter of St. Paul was elected a member of the Project Screening Committee during the Feb. 21-24 annual general body meeting of Signis India in Guwahati, a city in northeastern India. The meeting addressed the theme, "Media: Current Trends and Emerging Challenges."

D'Souza, a promoter of new media, such as social media platforms and YouTube, recently completed a master's degree in theology from Vidyajyoti College of Theology in Delhi. She said she will not be a decorative piece in Signis, a predominantly male organization. She recently spoke to GSR about her engagement in new media.

GSR: How do you feel being the first woman elected to leadership of Signis India?

D'Souza: I was surprised, to say the least. Women are a tiny minority in Signis India. There were only around 10 women among the 150-odd participants in the last national assembly. There was no talk of electing a woman when the meeting started. After a day, someone suggested that we should have women among the office-bearers.

Was there an election?

Yeah, there was. People suggested many names, and we had [a] secret ballot. I got the highest votes among six final names.

Did they elect you just to have a woman?

I don't think so. Because they have heard me these past five years, I have been associated with the organization. They have seen me speak boldly. They know that I speak my mind always.

I had chaired panel discussions during national assemblies in the past. This year, too, they asked me to chair a session on internet trolling and social media. I was part of the team that prepared the final report. So the assembly knew they were not electing a woman for decoration.

What are your major responsibilities?

Our main job is to decide on applications for funds sent by Signis India members — individuals and institutions — for media projects such as production of short films and promotion of folk media such as puppet shows and street plays.

How many projects do you get in a year? Do you select them all?

We get around 20 to 25 projects. Approval depends on how the applicants had utilized funds in the past. The Propaganda Fide, which provides the fund, does not give money again unless it is satisfied with the past record.

What else happened at the last assembly?

We did discuss many things, but the major outcome was a proposal for drafting an e-policy for the church in India.

The e-policy would contain guidelines for the proper use of media. We would first keep the policy within the Signis members. We would then to promote it through families so that children could be safeguarded.

The policy will suggest some sort of curfew time. Is it possible for families to shut off Wi-Fi or switch off their cellphones for some hours during the day? Smartphones take up most of our time. We need to get back to a balanced life.

Is the e-policy ready?

No, not yet. We will set up a team to draft the policy. Our next annual national assembly could finalize the policy.

The last assembly also explored ways to use the internet to spread the Gospel through social media platforms such as YouTube, Facebook and Twitter. I have been involved in this area for years. Our congregation uses social media for Gospel works. But it is new for Signis India.

While we still need the traditional media, we also have to prepare for the next generation. Only the older generation now watches TV. We find the youth with smartphones. So Signis should focus on new media if it wants to be relevant in the changing world.

But social media also spawns fake news, as Pope Francis has noted. How do you tackle that?

Pope Francis spoke of fake news and journalism for peace in his World Communications Day message this year. "The truth shall set you free," he said. The pope has realized that fake news creates havoc in people's lives. It brings fear and leads to unnecessary emotionalism.

We had an entire session on fake news and internet trolling in our last assembly. It showed the organization considers it as important issue.

What can Signis do to check fake news?

First, we should be constantly on our guard. We should not forward or exchange messages and videos we get on social media without verifying them. We should ask the sender: "Are you sure?" The group members will see the question and become alert. We could highlight this even in our training programs.

It happened the same year I felt my vocation. I was doing a course on media at the National Institute of Internet Training in Bandra [a suburb of Mumbai] after I received my bachelor's degree in 1993. Internet was then becoming popular in India. Looking back, I am convinced God prepared me for a congregation that uses communication as its main charism.

What have you been doing in the congregation?

I am convinced that my vocation is to use new media for the Gospel. It is the Spirit who guides me.

I knew how to use the internet when I joined the order. We started a YouTube channel in 2011. We began uploading short videos. Initially, we made promotional videos on our books. We would ask authors to talk about their books.

We also give books to parents and get their feedback. People are happy because they get books to read and a chance to appear in a video. They know many people would watch it on YouTube. We also let children watch DVDs with their parents and do videos.

After the YouTube channel, we went for mobile applications. Mobile apps are very costly, but the congregation backs me. My superiors know the importance of new media.

Why did you become a sister?

That is a long story. I had no plan to become a nun until the final year in the college. In fact, I was looking forward to a married life. We are seven sisters and one brother. I was the noisiest child at home.

In 1992, I attended a one-week charismatic retreat. For confession, we had to write down incidents where we had hurt others and where we felt hurt by others. We then read it to the priest in confession. The Holy Spirit helped me, and I wrote many pages. After the confession, I felt so light. I fell in love with Jesus. I realized Jesus was enough for me, nothing else was needed. But there was no thought of joining a convent. I became quiet after the retreat.

During the New Year's Eve adoration that year, my father, who was the choir master in the parish, chose the hymn, "Here I Am, Lord." I felt Jesus was calling me. I still remember: That night, I had worn a velvet purple gown with velvet purple shoes for Mass. Velvet is the royal color. Jesus called me to be his bride when I was dressed royally. I cried during the adoration but pushed aside the vocation thoughts and went for the New Year's dance.

I used to attend evening Mass daily. After Mass, I would sit in front of the tabernacle. An inner voice began asking me when I was coming. The moment I heard it, I would get up and go. Although I was in love with Jesus, I did not want to leave my family and friends. I was attached to my clothes, my way of doing things. I was fiercely independent.

The inner voice became unbearable as days passed. One evening, I finally said yes, I would go. I cried so much that evening. It was so painful to say that "yes." But after I said it, I felt so peaceful.

When I told a friend about my decision, she laughed and said, "You will come back in one week." I shared my thoughts with an elder sister, who then informed Mummy. Mother told me I could do a lot of good things even in married life. I told her that my heart was filled with the love of Jesus that I wanted to share with the entire universe.

I sought a sign from Jesus to choose the right congregation. One day, I told him that I needed a definite answer by next day's Mass. It so happened that a reading on that day was about St. Paul's conversion. I knew Jesus wanted me to join a St. Paul congregation. I went to the Daughters of St. Paul convent in Bandra. I have been there since then.

No. None at all. I am immensely happy in my vocation.

[Jose Kavi is the editor-in-chief of Matters India, a news portal focusing on religious and social issues in India. This article is part of a collaboration between GSR and Matters India.] 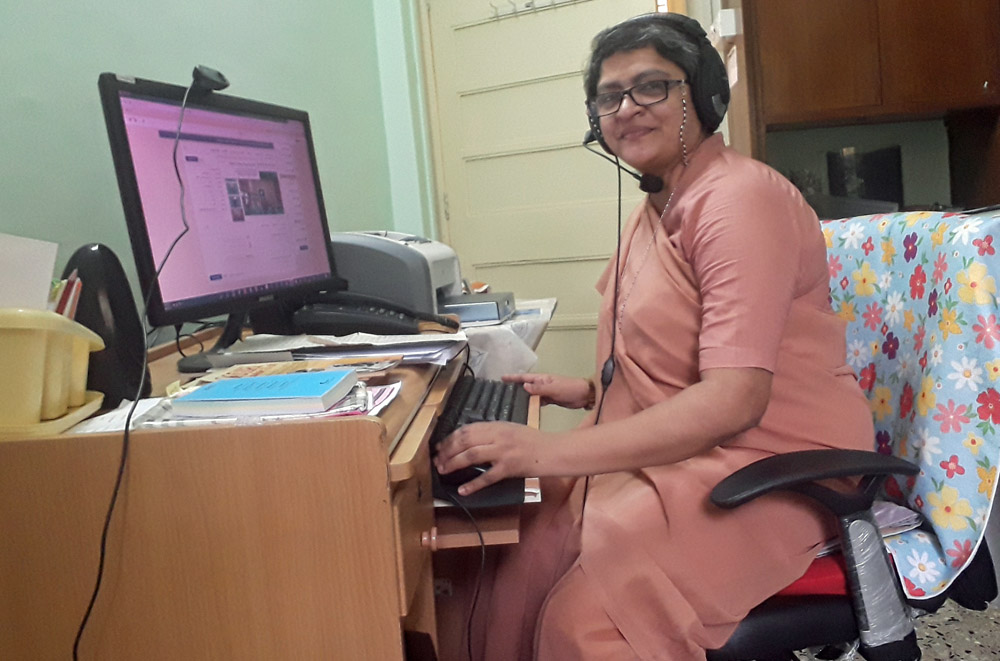 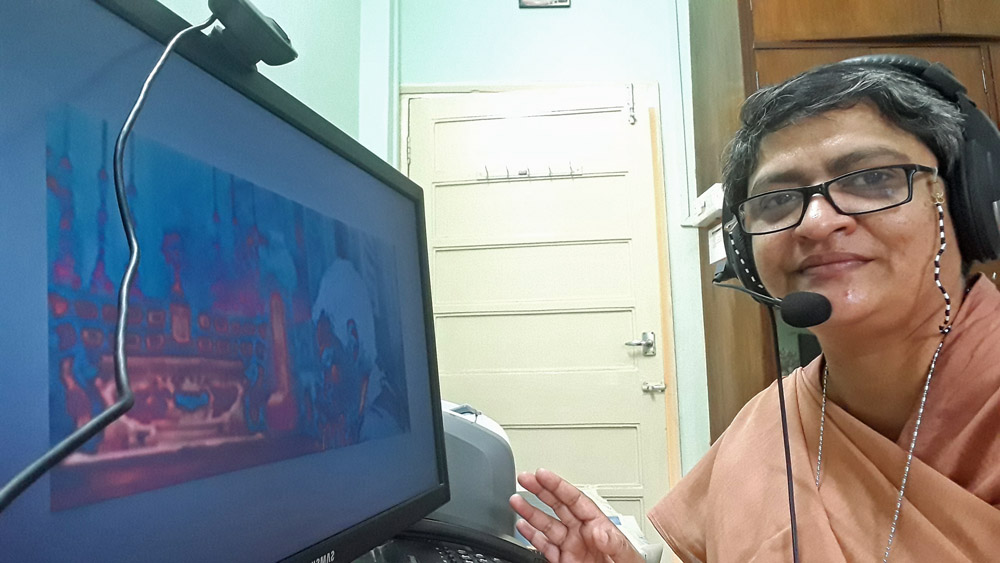 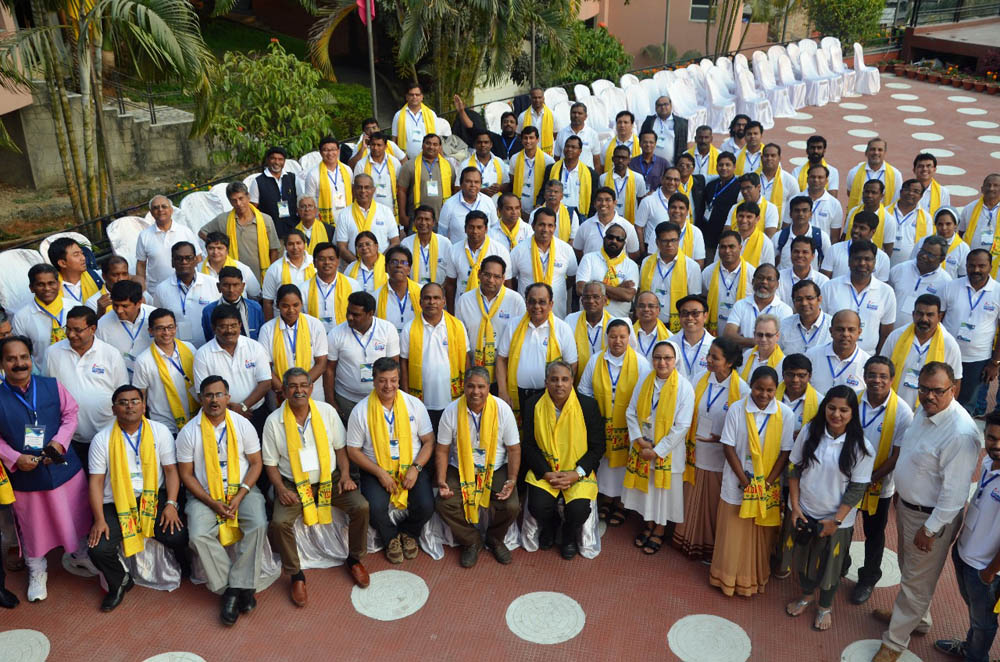 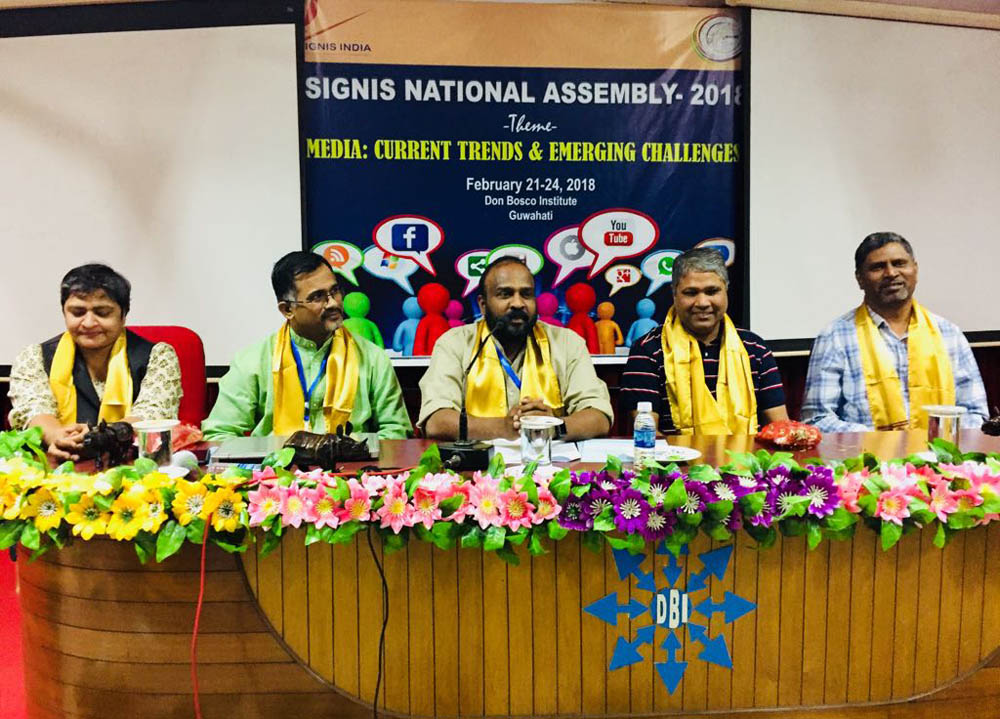