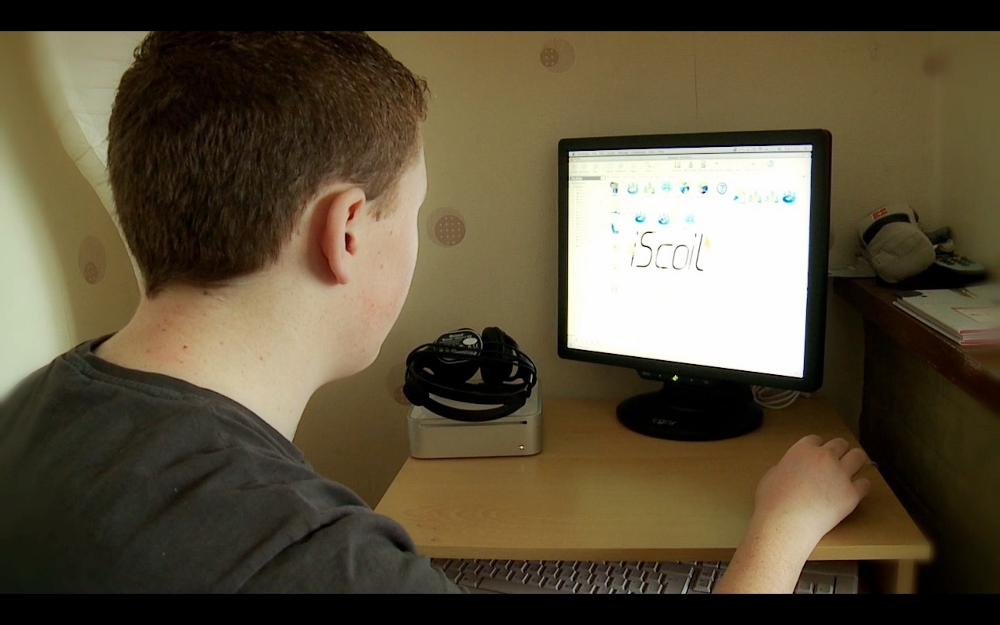 In the 1750s when Nano Nagle founded the first of her seven schools in Ireland, the shape of a school was a thatched cottage. It was a school that opened its doors in secret as running a school was a risky business for Catholics. The law forbade it and to be detected was to put oneself in danger of arrest or deportation. Nano Nagle was a pioneer of education in Ireland, and today Presentation Sisters continue her pioneering educational work.

Having stepped back from owning and managing schools, they have set their sights on enabling those who, for a variety of reasons, find that school is, for them, not the right shape. In any given year over 2,000 young people, who try to shape themselves to fit existing schools, fail to do so. The school system in Ireland has not been flexible enough to meet their varying needs. We don't all fit into desks in square rooms, operate our lives according to strict timetables, declare ourselves interested in whatever is on the menu and have supportive environments to carry us through the difficult years of growing into adulthood.

With this reality in mind and Nano Nagle's example, the Presentation Sisters began searching for a system that could better meet the needs of young people who find themselves outside of school. They found it in the creation of Ireland's first virtual school, which they called iSCOIL.

Learning and accessing further education through virtual online programmes has become more common in today's world. But what about using IT as a tool to empower younger "out-of-school" learners? In 2003, the Presentation Sisters began to address the issue of the number of young people between the ages of 13 and 16 years who were out of school. While realising that many viewed these young people as "the problem," the Sisters' view was that the school system itself was unable to answer the needs of all students.

Sr. Ann Marie Quinn, a member of the staff of Presentation Ireland Ministries, made contact with Professor Stephen Heppell (Bournemouth University, UK) who introduced her to a UK model called "Notschool" which was addressing a similar challenge. After using this model for a trial period, it was decided that the particular situation in Ireland needed a different model, and so 'iSCOIL' was founded. The Presentation Sisters have contributed around €3 million to date in the form of research, pilot and delivery of the programme. Approximately 250 students have re-engaged with learning and 55 new students come on stream each year.

The founding intention of the service was to answer the needs of these students and also to influence the system to change, so that all can have access to learning.

Michael was out of school following repeated suspensions for displaying challenging behaviour. Many state and school agencies tried to support him toward returning to school but failed, and he was diagnosed with ADHD. He was identified as a "child at risk" and referred to the local police youth project. This project had a link to iScoil, and he was referred to the iScoil team at the age of 14 years.

iScoil can be delivered to individual students in their own home or at local youth or justice centres located throughout the country. The iScoil programme is tailored to each individual student's unique needs; its starting point is the interests of the student, and it works its way, using this focus, toward national accreditation in the core subjects of communications, math, personal effectiveness and digital media. There is also an opportunity to take optional subjects in keeping with the students' interests. 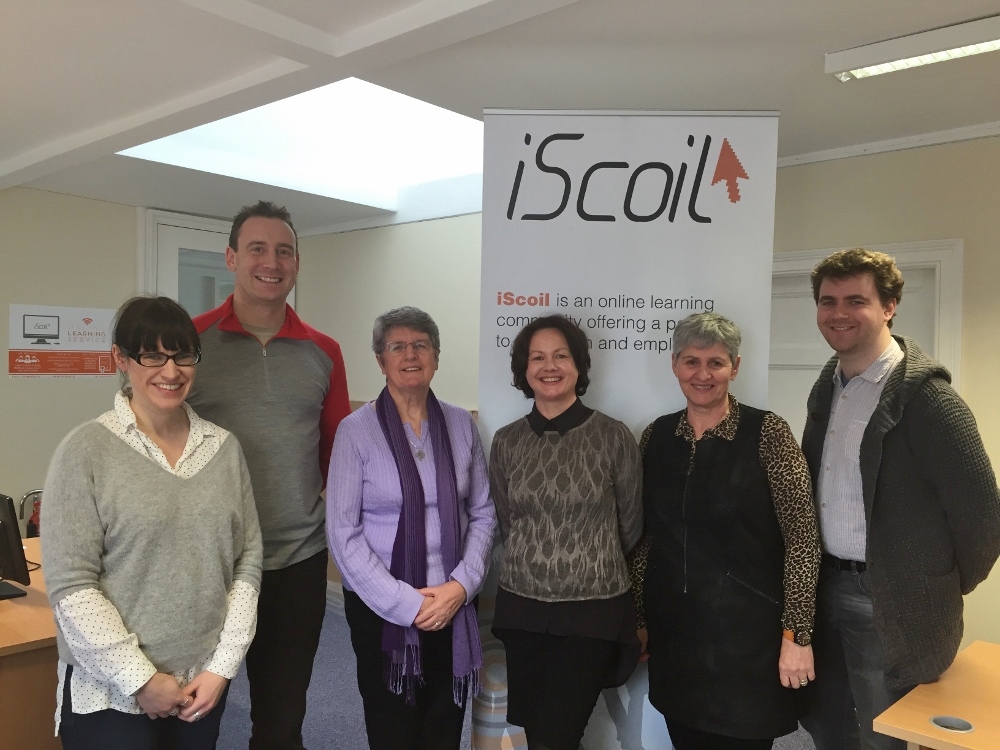 Michael gained his national qualification in five subjects and was the first member of his family to do so at this level. There was a positive change in his behaviour and in his appreciation of education. He returned to mainstream education on a third level hospitality training course and is now in full-time employment.

Because iScoil is delivered online, it is not constrained by geography, and the students, mentors and tutors can be located in far distances places, even in different countries. This enables iScoil to be a national service while operating out of a small room located beside a Presentation convent in inner city Dublin.

Today's struggle is not in convincing educationalists and education agencies that this service works — as 85 percent of iScoil students progress back to school, to other educational provision or to employment. The challenge lies in convincing the government's education department to allocate state funding. Ireland's Department of Education has recognised iScoil as "an education provider" and it is the only initiative in this country with such recognition outside of mainstream schools.

Therefore, it was with great rejoicing and relief that the news of state funding for half the cost of running the program was received in early December 2015. Starting in January 2016, a pilot with the Education Training Board to deliver iScoil in a number of its centres and to train its staff has the potential of expanding the reach of iScoil to more students. So, following many years of financial commitment on the part of the Presentation Sisters, these developments, it is hoped, should reduce the amount of funding needed from the congregation in the coming years.

In the meantime the focus of iScoil remains firmly on each young person and their re-engagement with the wonder of learning. The difficulties these young people face are many and varied and each person is unique.

Laura was a victim of bullying and as a consequence suffered depression and anxiety. She stopped attending school until iScoil offered her a new way which she herself describes as "learner-focused." She experienced a different method of student-teacher interaction and became aware of her passion for math, even though this had been her weakest subject at school. At 16, she completed iScoil, achieving a number of qualifications and enrolled in Open University, studying psychology and a post-second-level course in culture and heritage. Having gained 10 distinctions, she was awarded a place in the psychology department at Maynooth University.

Alan did well at first level school and had no academic or social issues but on transferring to second level started to refuse to attend. A change of school made no difference; he had lost confidence and was very nervous and anxious. He was referred to iScoil when he was 13 years old and chose to learn at home. He had no academic difficulties in gaining accreditation. In order to ensure that his good social skills would not be impacted by learning at home, he was supported in attending iScoil group work sessions and his learning plan incorporated project work through his volunteering at a local animal center. When he was close to completing his national certificate he expressed a wish to return to mainstream school, and iScoil advocated for him in negotiating a place in a local school. Having completed second level successfully, he is now entering the third year of a third-level course in information technology.

iScoil is indebted to its committed staff and to those who volunteer their expertise as members and directors. The spirit of Nano Nagle lives on in all of those who are convinced that school can be shaped to each young person's need if we have the vision and passion to make it so. 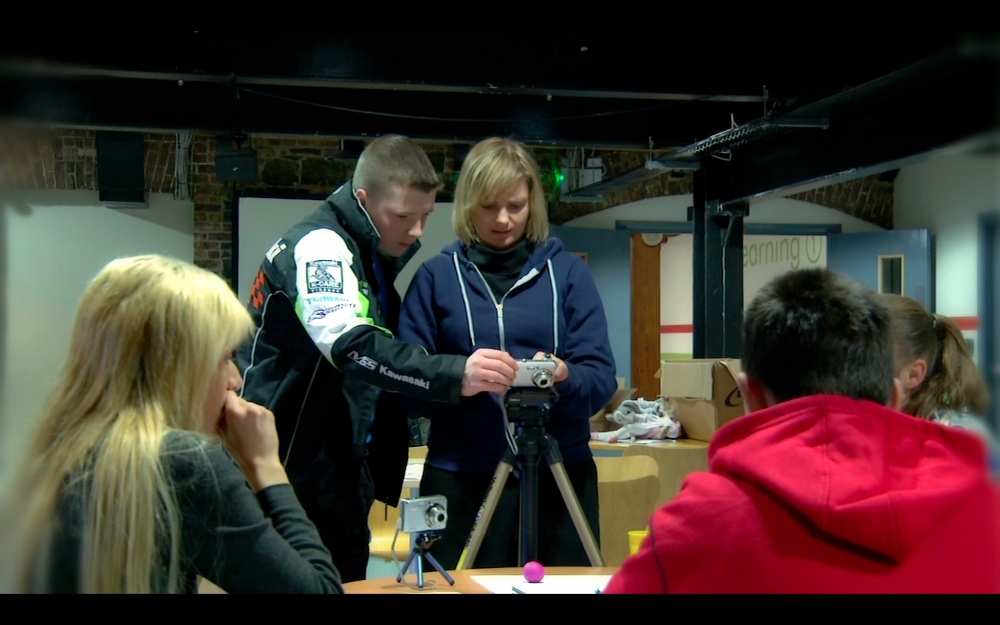 iScoil students from Longford Youth Centre getting to grips with the digital world. (Provided photo)

[Joan O'Reilly is a Presentation Sister in the community's Northern Province of Ireland.]

Ministry | Are you school shaped?

Australian nun wins another reprieve from deportation in Philippines

'She never met a stranger': Sister Lucy's memory lives on