One of the most exciting visits I made while in Zambia last month was to a farm about an hour and a half from Lusaka. Seven years ago Sr. Chizo Chiedu, a Holy Rosary sister from Nigeria, helped 26 families recognize their combined assets and move here from the Ngombe shanty slum in the city. She shared with me her amazing story of how this had happened. It is truly a story that implements a theory called Asset Based Community Development, something I learned about a couple of years ago when I was preparing to work with a community of sisters in Cameroon.

Sr. Chizo had been assigned to Lusaka in 2006, and upon arrival from Nigeria her provincial had challenged her to seek out the needs of the most vulnerable in Lusaka. It was an overwhelming task for a stranger until she approached one of her community members, Sr. Dr. Lucy O’Brien, a well-known physician in Zambia, who suggested to her to see Sr. Marie O’Brien, a Franciscan sister working with Home Basic Care in the Ngombe shanty compound so that she could visit victims of HIV/AIDS with her staff and volunteer caregivers.

Chizo bravely entered small huts with some nurses and found the most miserable conditions she had ever seen. It was a shocking experience for her: families of eight or nine people crowded into a one-room hut without access to water or sanitation. Most were unemployed and had little access to food and some were sick with HIV/AIDS. She learned that most of the population of this slum had come from rural areas with dreams of finding a better life. What they found instead was misery.

After several visits she wondered what could be done. Did families like living here? What were their dreams and hopes? What were their challenges? She gathered those interested to share their stories and search for solutions. Chizo told them from the beginning that she was from Nigeria and therefore they should not expect that she had money to offer them for whatever they might have in mind. Whatever they wanted to accomplish had to come from them.

As they talked together, a common theme emerged-need for land to grow their own food and to live in a clean environment. They were tired of their misery and inability to buy food that was so expensive. So, how would they get land? The first solution was for a delegation to go to the government. The official they spoke to seemed interested but after six months of waiting for a response, they knew that was a dead end. Their next avenue was to use connections some collaborators had to local chiefs who owned huge sections of land in the Central Province of Zambia. The chief advised them to seek out the headmen who had been given charge of particular sections of traditional land.

Luckily, they were successful in negotiating a 99-year lease of nearly 320 acres of land – they were even able to obtain the title deeds. This would give the project stability. Thus, the land now belongs to the Orphans/Women Development and Empowerment Club (OWDEC). The only disadvantage is the location, some distance outside the city. However, 26 families agreed to move. The plan by the initiator was that each family would receive 4 acres of land on which to build a house and begin its own food production. There would also be common land that would be the focus of sustainability. Here they would farm together to grow crops that would generate income for the community and its development.

Water development for food production is always challenging, but Sr. Chizo was able to find foundations willing to invest in this unique community development project. Over the years she developed four boreholes, one of them mechanized by a windmill.

Of course, there were many challenges along the way. The farm is dependent on the rains. It is not yet equipped with any irrigation system. A few of the families who did not want to invest in the project with their own sweat equity returned to Ngombe. Some were too aged to make the needed effort so they too returned to the city. Neighbors who had cattle had cattle allowed their animals to break down fences that had been put up to protect the gardens. During the rainy season the farm is difficult to access because the road leading to the farm is merely a track and some low lying areas get water logged.

But, there have been so many successes. One foundation gave funding to build brick houses for 10 of the families who helped prepare and burn their own bricks. Food production has increased as the farmers try out crops that grow well. New businesses have developed to provide non-perishable products to this community and their neighbors. The government has started building a maternity clinic outside the farm, and once this is finished, hopefully the road will be improved and electricity will be brought from the main road. As we drove along the ungraded main road together we could see many new brick houses and shops inspired by the OWDEC farm. It appears that this one community dream is leveraging the development of a future town.

Sr. Chizo had arranged for me to meet some of the community, even though it was on short notice. The families welcomed me by sharing the history of their community and their dreams for its development. They indicated that there is room for 36 families, and from their years of experience they are now better equipped to attract more needy households to the farm. From here we proceeded to tour some of the individual farms and the communal plots. The farmers use a combination of natural and chemical fertilizer, and I was truly astonished at what I found . . . acres of grapes and fruit trees: varieties of orange, pawpaw, avocado, grapefruit, mango, guava, banana and moringa, which is often called the “miracle” tree because nearly every part of it can be used for food, water and air purification, medicine and even cosmetics. Along with these fruits there is an entire section for experimentation. Here there are figs, kiwi, macadamia and mulberry trees.

I left with two big bags full of peanuts and two large pawpaws, but more I left with new hope for such efforts as this one: Communities committed to their own development and sustainability by using the assets at hand. 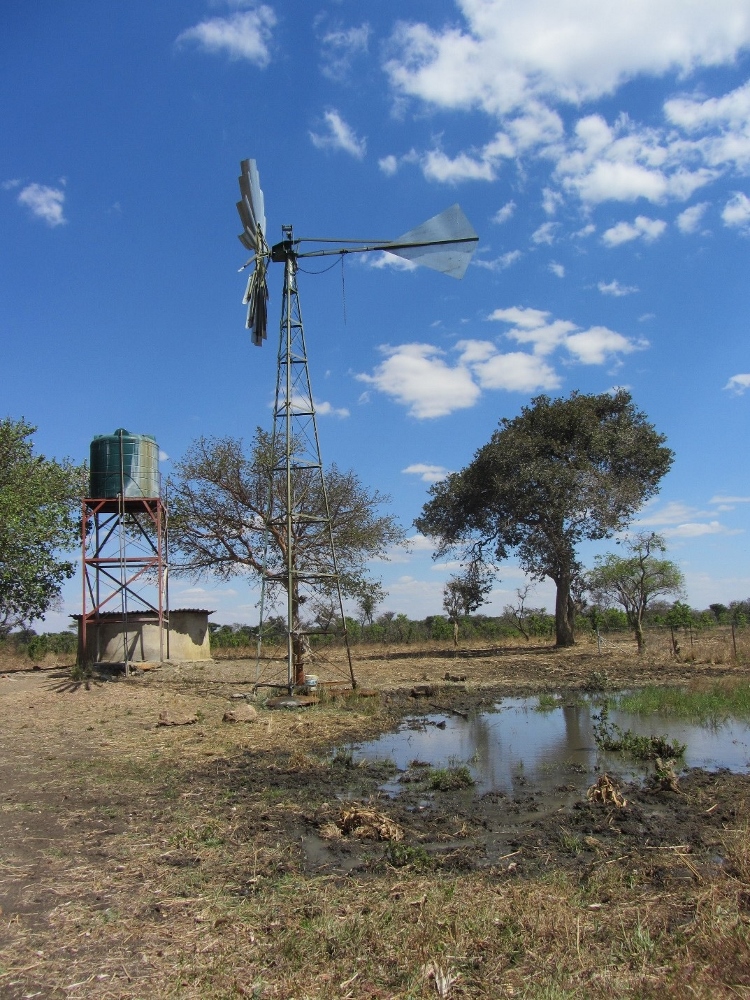 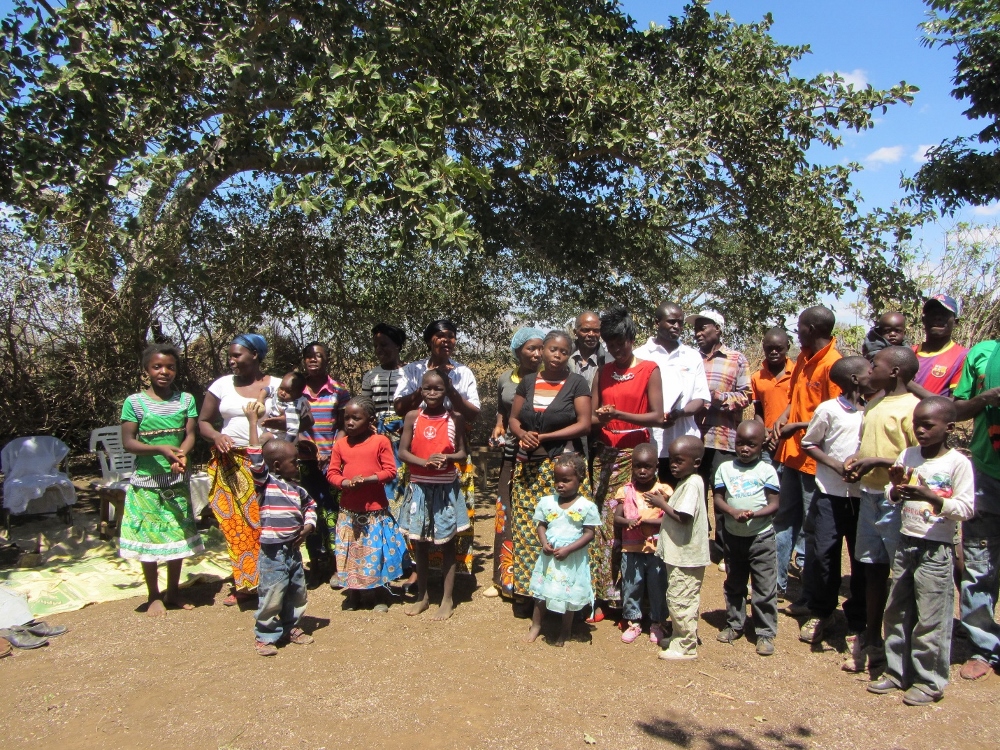 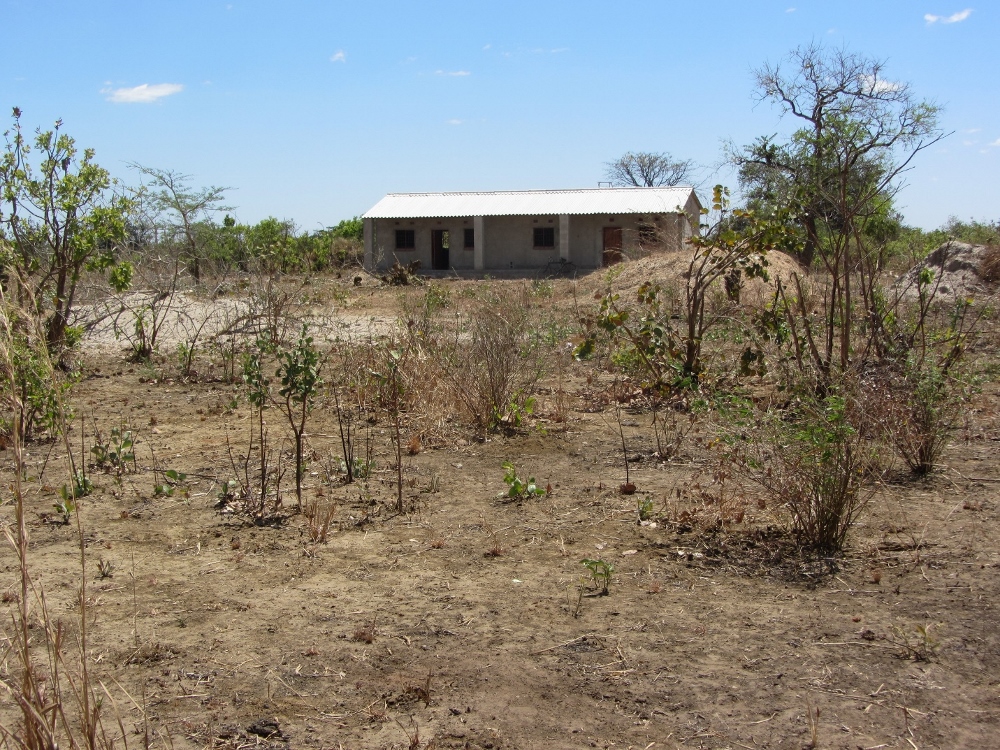 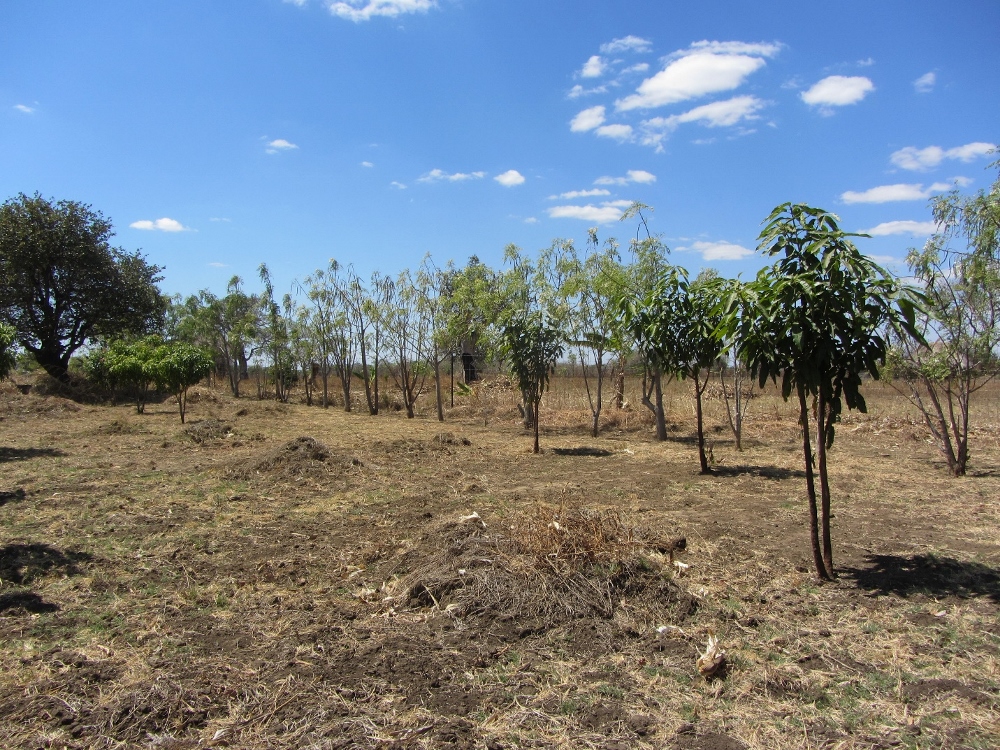 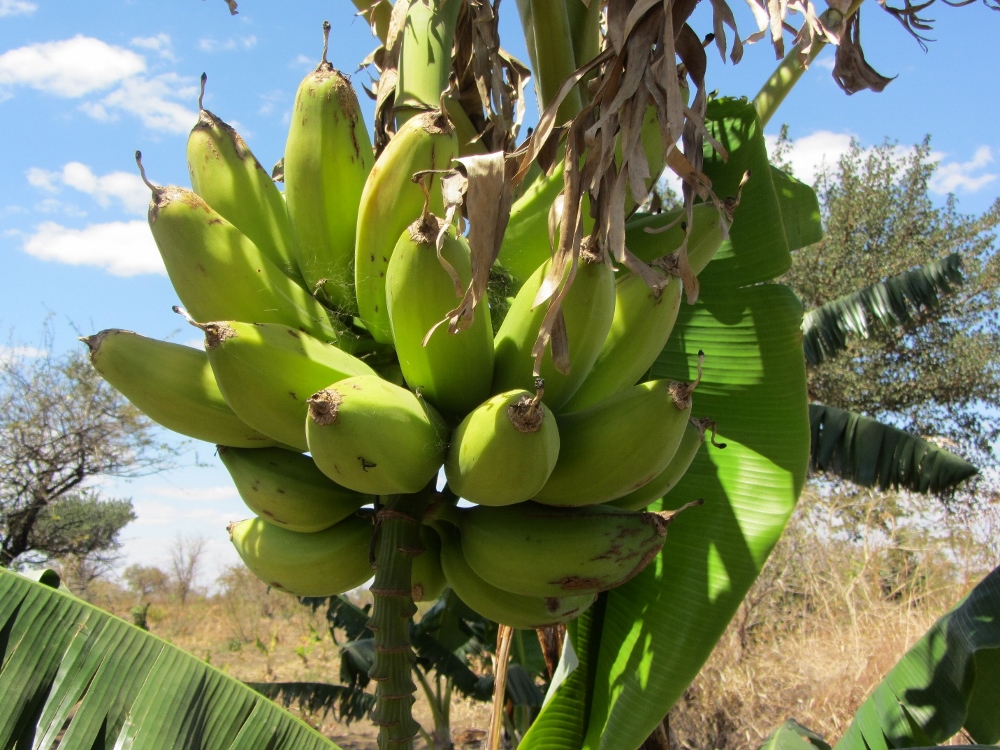 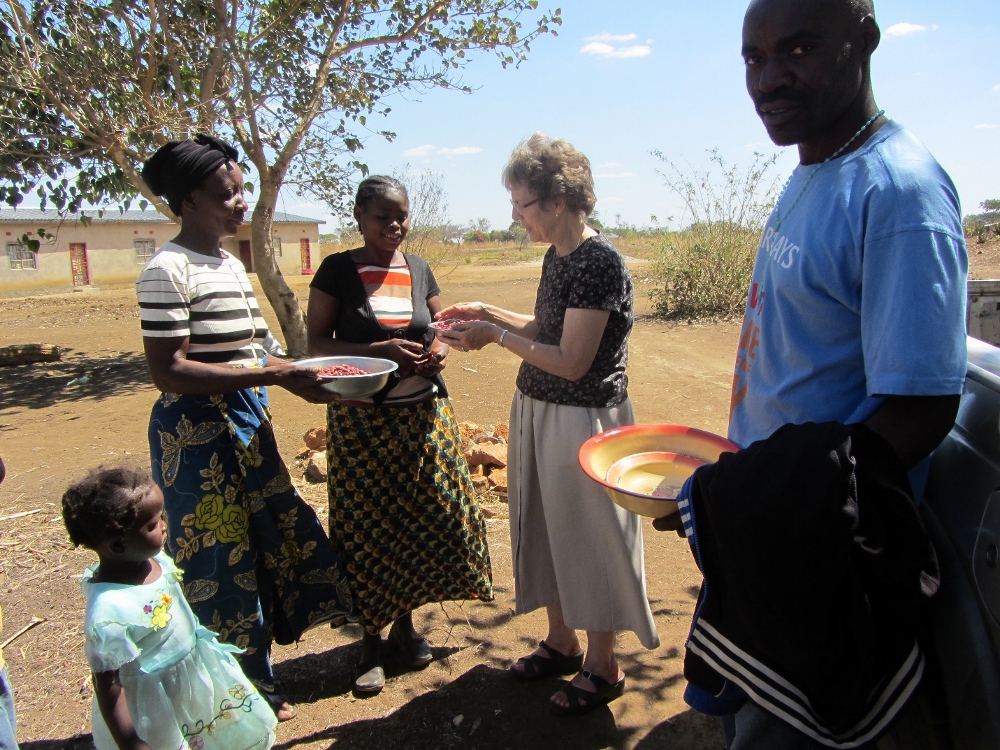